This has me wondering what might get pulled up locally here. Otis Redding and six others died when their plane crashed into Lake Monona, and an F-102 also did. A magnet wouldn't get any aluminium bits, of course, but there might be some steel pieces that weren't recovered.

Neat! This is magnet fishing? Pitty that won't get coins because I bet there are a few down there.

I've been plotting Wisconsin's covid data since March 2020. The plot I find notable right now is my plot of the two week rolling average of the two week percent growth. It's basically the rate of change of infections.

The previous highest value was 6.2%, literally the first day on my plot, April 11, 2020. That was broken Tuesday, and yesterday is at 7.1%. During the lead up to our biggest infection spike the growth peaked at +5.2%.

I shaved my legs Sunday. I'd never done it. The larger surface area compared to my face is tedious, and the backs of my thighs are hard to be sure are done well. But the hair is much softer than my beard and seems much easier to shave.

Related: triathlon number 4 for the summer is Sunday. I shaved my legs for the aerodynamic advantage, and yes I'm serious. The bike course is mostly pretty flat and I'm hoping to maintain some good speed. This race is Olympic distance of 1500 m swim, 40 km bike, 10 km run. It'll be my second Olympic but I think overall an easier course. I'm hoping to come in under three hours.

I'm taking a rest day today. I really need it. I might call in sick Friday for a mental health day, maybe go hike somewhere local. I needed that earlier this week but had a bunch of meetings. I probably should have just called out of all of those.

There's a big triathlon in Allgäu Sunday, and one of the competitors mentioned hoping the weather would be ok. Is this the start of some bad weather? Hope you and everyone else stays safe. 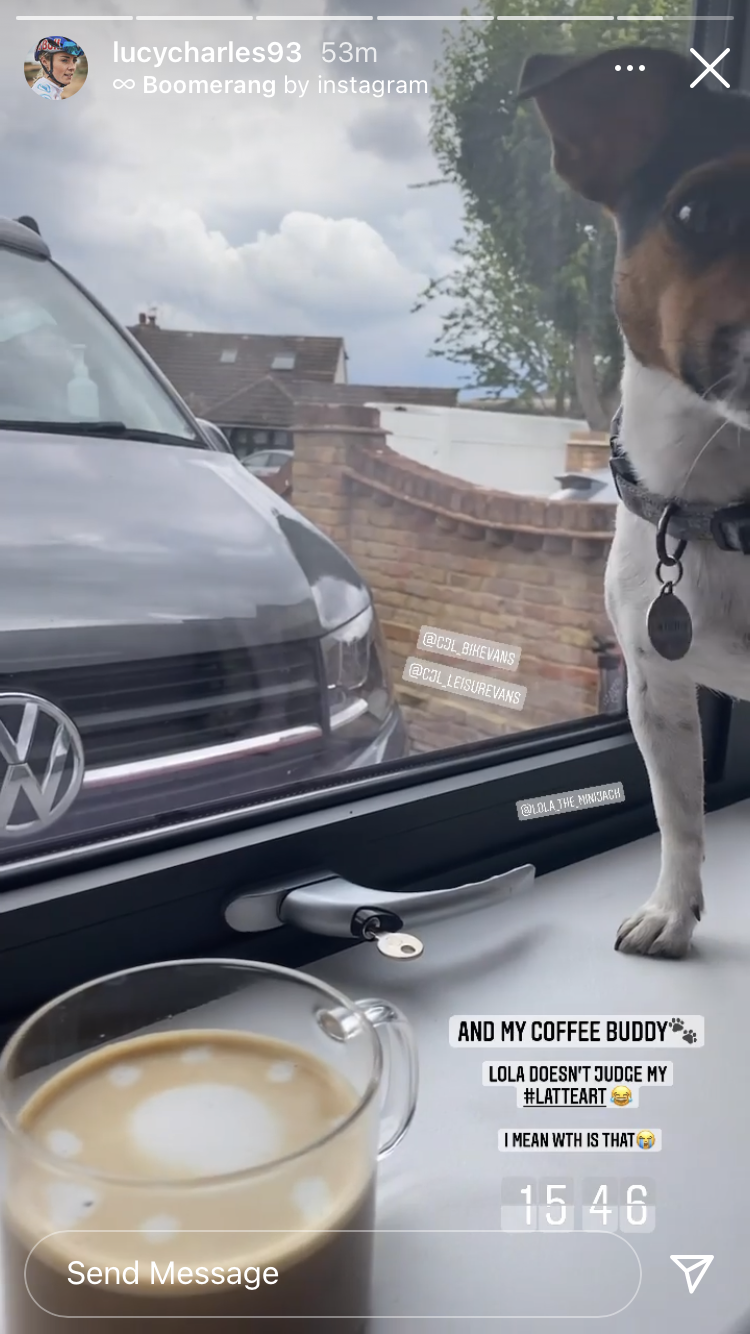 She's one of the world's best triathletes.

I have my phone set to block unknown numbers which is great right until I take my cats to the vet and have to wait in the parking lot because pandemic and then they call to update me and it goes straight to voicemail. Since it shows as a missed call I called them back immediately, but it's still annoying.

I turned blocking off after that but recently turned it back on when one day I was getting a robocall every hour.

I had only one small meeting today so I took the day off and did nothing. I tried going out for lunch but the place didn't have immediate seating, so I went home. I thought about swimming or biking, but it was raining most of the day. I could have done either inside, but in the end the full day of rest was probably good for me.

I did make homemade pizza today for the first time in months which was delicious. I even included a chopped up habanero pepper I grew myself.

My pepper plants seem to be doing pretty well with several peppers almost ripe. My Carolina reaper plant is doing well but no flowers yet. From what I read that's normal, and my habanero plants are all years old so they could flower pretty quickly in the sun. I think my oldest pepper plant is from 2018, and I moved it over to a bigger pot last week. I'll probably need to repot the others, too, but the one was starting to look yellow and was probably getting constrained in the pot. It's looking greener today.

I have a thing for abandoned places, better yet if it's abandoned infrastructure, and best is abandoned electric power. There are a number of abandoned, incomplete nuclear power plants scattered across the country and world! None near me, just cancelled plans before they started construction. One property was an army air targeting range in the '40s and '50s, sold to the utility who planned to build a nuclear plant there, and when that fell through the property was sold and became a golf course.

I think all your math looks good except for one thing: the natural gas genset you linked is probably more efficient than this plant because the plant uses a boiler. These purpose built engines can be much more efficient than a boiler. Side note: there's still a natural gas boiler here in town with a water outlet into the lake. I've swam through it, and it's incredibly warm. Like warm bathtub warm, even when the rest of the lake is mild. Thankfully the plant doesn't run much anymore.

I don't think the local community can do anything to stop buying power from them. From what I gather from the article, the generator is connected to the grid but from a metering perspective outputs nothing. Generators have always had auxiliary load, especially coal and nuclear plants with big pumps and pulverizers. Those are all netted with plant output. It seems they have their miners all hooked up on the plant side of the metering. They are selling power to nobody but themselves.

The way to kill this plant is to eliminate once-through cooling. Make them build a cooling tower and the plant will die overnight.

About wind farms, and solar will have the same problem: the capital cost of the miners is a major expense, so they want zero downtime. While they could net against a wind or solar plant, they'd have to stop mining when the wind dies down or the sun sets. They could buy power from the grid, but now they expose themselves to utility pricing which could open them up to higher rates for crypto mining.

I was dating someone for about two months, and it ended about two weeks ago. She pointed me at attachment styles (before we split up), and the quiz I took came back that I'm avoidant while she's anxious. I don't know if this is pseudo science, but reading more on it, it seems accurate. Basically she wanted a baseline of being together while I wanted a baseline of independence. Or a little more harshly, I felt smothered while she felt I was uncommitted.

Temperatures are looking fine! Our heat wave broke last week, and Saturday morning is looking like 70°. But it's also a 45% chance of rain all morning, so that's fun. The water temp is pretty high, too. The swim is in an old quarry, and to get the full Olympic distance it's three laps. So while the air temp is down the water temp in a small area like this hasn't really come down. I might go no wetsuit which is a little annoying. It might be windy all morning, too. Only 10 mph but I know I feel that on the bike.

What's nuts about the series is there are three in three weeks in July. Only one more Olympic for me, though, and a sprint is way easier than Olympic. It's like running 10 miles versus 20 miles. I could fake my way through a 10 mile run this afternoon if I had to. A 20 mile run would mean a couple months of focused training.

Then another sprint in August. Before getting to the final sprint in September, though, is the half Ironman. I thought that was a hilly bike course but despite being more than double the distance over this weekend is only about 20% more vertical gain. I'll take it.

Your heat wave is hitting Idaho, too, and there's a big Ironman there this weekend. It's going to be a tough race in Coure d'Alene.

This Saturday is my next triathlon in a series of seven, and it's my first official Olympic distance. I did a couple this distance on my own last summer. The bike course is really hilly and really hard for me. I rode the course last weekend, and my watch recorded 2200' of elevation in 26 miles. In comparison the last tri I did had a 16 mile bike and 450' of gain.

Is it lack of vaccine availability? I think in the US basically everyone who plans to get it has gotten it. The rural county I grew up in only has something like a third vaccinated, sadly.