Our insight into everyday living in the Middle Ages is spotty at best. One of the most-cited books is Barbara Ehrenreich's Witches, Midwives and Nurses which is about as nonsensical as your average Heroditus.

Judith Bennett has done a lot more fact-based research and, lo and behold, peasants! They're just like us! I had a conversation with Dr. Bennett about the Ehrenreich book (and its veracity) and she turned me on to Monica Green. It will not surprise you to learn that our insights into the "Age of Faith" are selective and biased:

Few “ressaires” appear in fiscal documents, suggesting that the carpenters could have done the job themselves, or that pitsawyers identified themselves as carpenters.

...or that Montpelier had a sawmill? 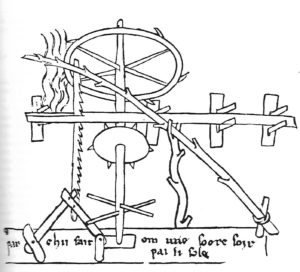 That's a sketch by Villard de Honnecourt, who had been dead for 200 years by the time the Montpelier census was complete. Some link I can no longer find stated there we know of 1400 sawmills in medieval Europe.

I gave up on Faulkner's The Sound And The Fury because I decided life was too short but damn if that ain't Benjy.

Santa Fe Opera used to do Wagner, Mozart and... weird Russian shit. I mean, it was Santa Fe. So I saw Serov's Judith at the age of 15. I Shostakovich's The Nose at like 9. Which... I mean, this dude's nose jumps off his face and becomes a member in parliament, with epaulets and everything. Then a buddy's drama class did Ionesco like sophomore year in high school.

I guess what I'm saying is I grew up steeped in Soviet/Russian satire and propaganda about the overreaching and absurd powers of The State and I'm less than cool with how topical these memories feel. Dude's nose in epaulets/congressman suing an imaginary cow? Kinda same/same.

I had a job where the sales VP got Metrokane to pitch him on a bunch of shelving for the warehouse and it came in at like $450k. I said it looked like a lot of money so I spent a day reconfiguring everything and came up with the exact same amount of shelving from the exact same company for $200k. I then spent four days putting it up, rather than our company paying Metrokane $50k to install.

The sales VP responded by having my 6'x6' cubicle broken into three 6'x2' carels.

Same marketing guy had bought the machine shop without acknowledging that the company didn't do any machining so when I put on safety glasses and made chips nobody was willing to question who I was making them for.

So I ran a CAT5 cable back to the machine shop, moved my computer in there and made shavings for eight weeks.

God I hated that job.

LOL there are five companies in the world worth a trillion dollars and two of them are headquartered in Seattle. 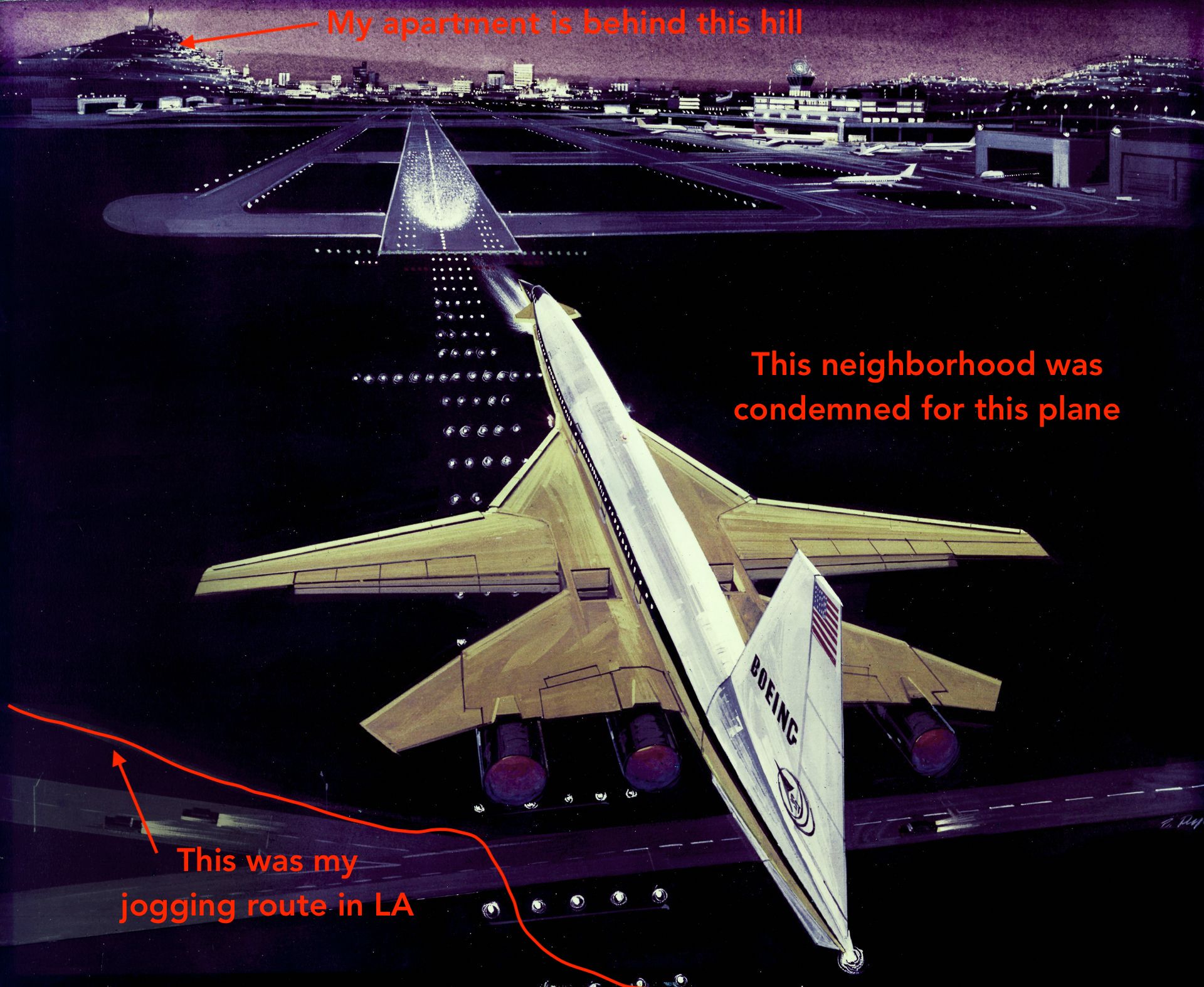 The Rise and Fall of Surfridge

50 Years Ago Today: US Senate cancels the Boeing 2707
ButterflyEffect3
kleinbl00
historylink.org  ·  #todayinhistory  ·  #kleinbl00batshittery
Deep Shtetl: How Joe Biden Spells “Hanukkah” + Kamala Harris’s Unique Menorah
0
kleinbl00
theatlantic.com
"The other day, I counted all of my relatives that died of overdoses. It was 18 people that passed away in our family."
0
kleinbl00
rollingstone.com  ·  #kleinbl00batshittery
kleinbl00  ·  5 days ago  ·  link  ·    ·  parent  ·  post: Pubski: December 1, 2021

My sister discovered today that our high school gives out a scholarship in the name of our dead uncle, who sucked a tailpipe day after Christmas instead of deal with the prospect of returning to Harvard his Freshman year. You would think one or the other of us would have been made aware of this by our parents, aunts, uncles etc. Or maybe even the grandparents who founded the scholarship in his name.

Kinda like how neither of us knew that he founded the drama club. Which probably would have been mentioned when I won their "best actor" Oscar or whatever.

Her childhood was fucked up in a different way than mine. Still pretty fucked up. But you can't ask anybody because they've been living the lie for so long they don't even remember what the truth was.

Apparently my posse is in Rolling Stone this week, I better look it up.

Tbh many a liberal thinks we should do all that anyway...

Wanna make a cocktail party observation that pisses off everyone? Start with

"The United States stands to benefit from changing global demographics and population decline more than any other nation due to our liberal immigration policy." 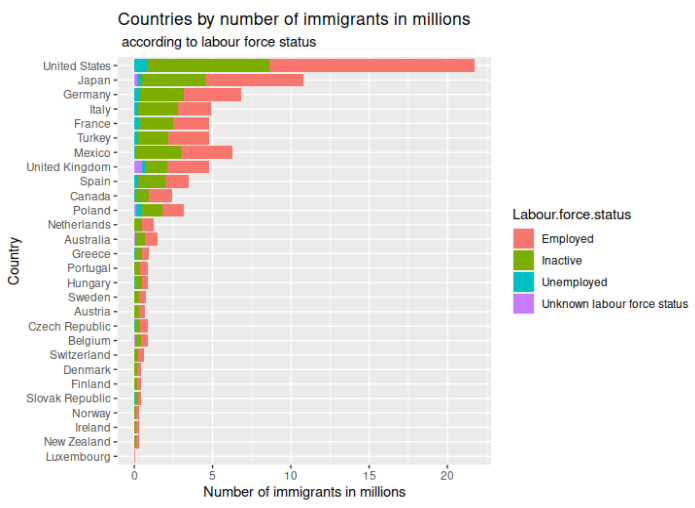 Not per capita? But let's not get greedy

n October, Adams had to pull out of a performance at the Rock and Roll Hall of Fame Induction Ceremony after he tested positive.

His rep said at the time that Adams was "fully vaccinated and has no symptoms at all."

Another band I'm late to the game on: Public Service Broadcasting.

Even on U.S. Campuses, China Cracks Down on Students Who Speak Out
NikolaiFyodorov2
kleinbl00
propublica.org  ·  #intelligence
kleinbl00  ·  7 days ago  ·  link  ·    ·  parent  ·  post: 'Patience is crucial': Why we won't know for weeks how dangerous Omicron is

At that point, our population would halve in about one human lifespan.

Holy fuck can our greenhouse gasses and energy use drop proportionately? 'cuz that would be AMAZEBALLS

I'm not sure how people manage to be freaked out by the coming joblessness due to automation, the coming inequality due to resource depletion, and the coming population crash all at once. Not to put too fine a point on it but if COVID were to wipe out half the population in the world, our energy and water use per person could double without any problems. Probably not the hot take Ryan Cooper was looking for but uhhh there are a whole lot of problems solved through population reduction and "aging out" is far and away the best way to accomplish it.

You are now aware that the Spanish Flu originated in Santa Fe, Kansas.

Camp Funston, at Fort Riley, was the largest training facility in the Army, full of makeshift non-insulated barracks, housing 250 soldiers each. It teemed with soldiers from all over the Midwest, training for duty in France.

“They trained over 50,000 troops at a time who all lived in close quarters. The Army was cognizant that it needed to help our French and British Allies out, so there was no questioning, they were sending troops out — soldiers were being sent that had flu-like symptoms,” said Robert Smith, supervisory curator for Fort Riley Museums.

Troops traveled by train from the Midwest to ports, then boarded ships bound for the war.

“Recruits were being shifted from camp to camp by the thousands and they were taking with them fatigue and it made for easy exposure. The infections and disease followed,” Smith said.

Along the way, the virus mutated, many times. It hit people in waves, becoming more virulent each time.

The first wave in the winter of 1918 was serious. The second wave — during the summer, when many of the soldiers were on the Western Front — was deadly, Smith said. The third wave came during the fall, when troops were returning.