I saw Phil in Brooklyn!!

"Still and all, why bother? Here's my answer. Many people need desperately to receive this message: I feel and think much as you do, care about many of the things you care about, although most people do not care about them. You are not alone. " -- Vonnegut

Hey guy! I actually just finished today (thus exponentially increasing my hubskiing). How have you been?

Not gonna lie, I somewhat posted this to trigger kleinbl00. But I also think it is worth reading to understand the mindsets involved in justifying Trump.

One little-known element of that gap is that the white working class (WWC) resents professionals but admires the rich.

I think this is key to understanding why his supporters vote against themselves. America's white poor "see themselves not as an exploited proletariat, but as temporarily embarrassed millionaires". This mindset has been played to again and again by Republicans. Trump has just taken it to its logical extreme. This idea corresponds with conversations I've had with Trump supporters, many of them idolize the wealthy. That's part of why racism flourishes: they need someone to blame, and it's not going to be the 1%.

He's almost describing something I agree with but he's missing something key: most people's "economic views" are a whole lot more subjective than they'll admit to. The obsession with the "welfare queen" on the right is very telling in this regard - it's bullshit but it sounds right... if you want to blame brown people. It's worth pointing out that many people feel like economics were their reasons, but the author flops by not going past that self-justification. The actual sentence should read 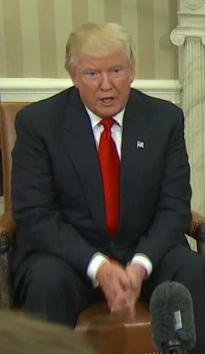