Infrastructure & Planning student in the Netherlands. 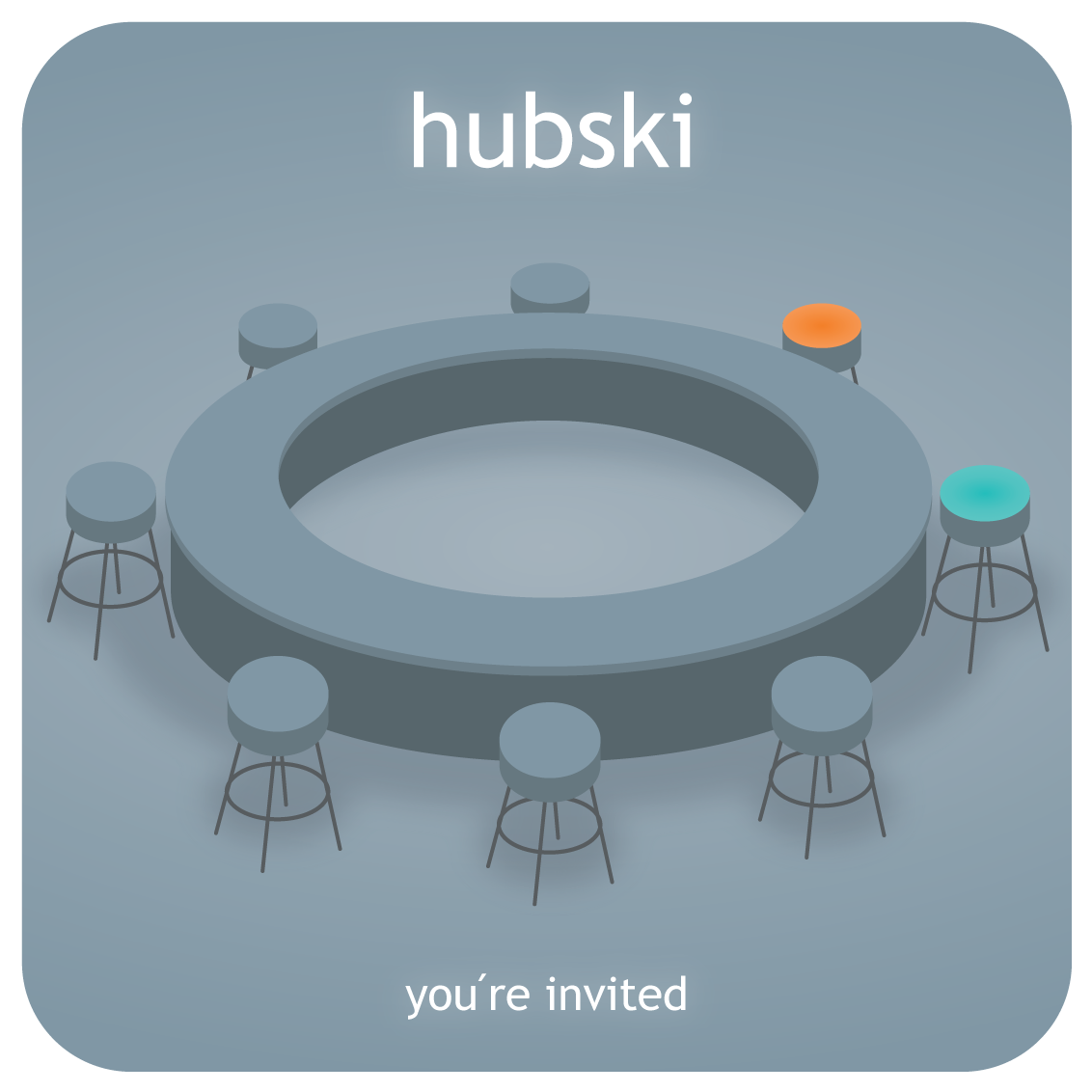 And I write here: 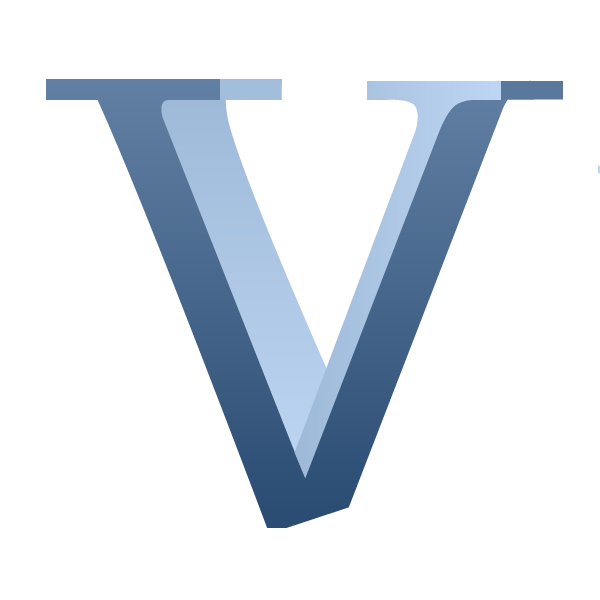 Jesus. For comparison, in the Netherlands we're now at the record low prices of... $6. Taxes, man.

I thought this was known - we've been double-testing everyone for weeks.

There was a different recipe for various beefed up rice dishes. For one of them I had half of the ingredients, so I gave it a shot and baked some peanuts in nothing but some oil, cardamom, chili and curry powder. Super easy to make! Can serve with some citrus juice, but that has been sold out since the start of this crisis.

Hearty works, although mighty is like a superlative of it. Hearty is like a good protein rich meal after a day's labour. A mighty meal means you're developing a food baby and don't have space for much else the rest of the evening.

"As the story shifts, the charts shift." 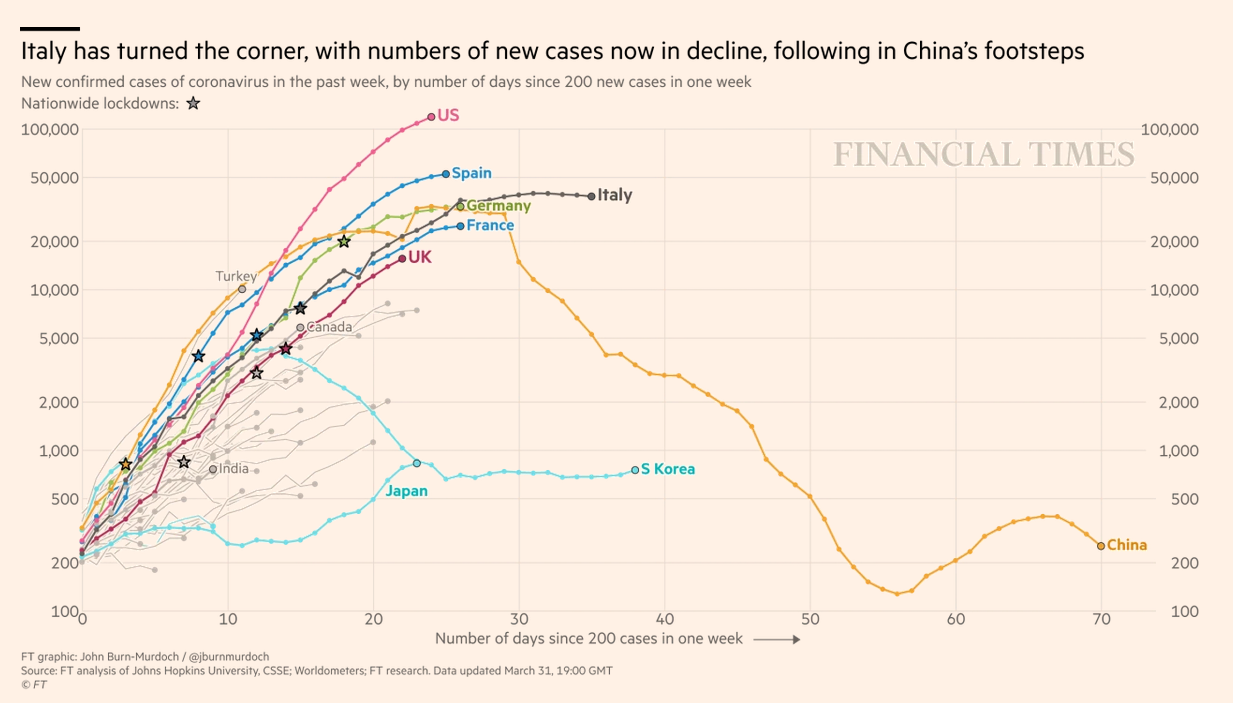 If China is indeed lying their ass off, I think they changed their tactic on day 29.

1. Nope, although I might be asymptomatic (veeery light cough/sniff at times)

2. Yep, know like 3 people, 2 nearby and 1 daughter of a colleague with a confirmed case.

4. No consequences for me, other than that my girlfriend (who just graduated) doesn't have the best job prospects :(

It’s the end of the world as we know it, and everything does feel fine—not fine like chill, but fine like china, like glass, like thread. Everything feels so fine, and so fragile, and so shockingly worth saving.

I began this article with an "ugh, who cares about what pop culture thought", but my attitude turned around as she went on and as her writing resonated more.

Been meaning to read Solnit's book about people coming together in disaster for a while now. Anyone read it perchance?

This Is Not the Apocalypse You Were Looking For
kleinbl0011
galen
wired.com  ·  #society  ·  #thehumancondition
Gem Fatale: the frenzied hustle of the jewelry business
kleinbl001
veen
bookforum.com  ·  #jewelry  ·  #movies
veen  ·  7 days ago  ·  link  ·    ·  parent  ·  post: Coronavirus Slowdown in Seattle Suggests Restrictions Are Working

Washington is way ahead of everyone, both in how far into the disease they are, as how well they're doing. Doubling only every 7 days instead of NY's 2.

Johns Hopkins uses WHO data, which other datasets dont for good reasons.

They’re not clear where they’re getting their county data from, though, even on their github. Might be that JH gets it from the NYT?

now is the time for the generalists

forreal tho - I’m super glad for having built my own swiss army knife of skills in These Times. I’ve seen some people’s specialist business just being decimated in the span of a week.

IIRC... you’ve had quite a few “I’m busting my ass of at work” Pubskis the past year. So maybe you can think of this period as Calmness Ying Weeks to your Busy Yang Weeks.

I’m on the same page as you - I have little to add to your points. This is one of those articles that I share not because they’re good, but because I think there’s something worth discussing or examining here.

One, the pandemic is putting a lot of stress on households and relations, and this affects women differently from men. Two, women are likely pulling the shorter straw, due to their financial position being on average weaker. Three, what does this mean for feminism as a whole?

I don’t think the author does a good job of exploring those three points, and agree with you that she doesn’t underpin point three in particular. I’m unsure if it’s a disaster. Anecdotally, what I’ve seen is that when both parents can work from home the family efforts seem to be divided up just fine 50/50. Someone on Twitter made the point that the postwar wave of feminism was in no small part because during the war, women had to run businesses while the men were at the frontlines, and when those men came back the women didn’t want to give that new freedom back so easily. That sounds slightly oversimplified, but I do wonder if we’re now in a similar situation where a crisis like this one forces reevaluation of household division of labor.

For me it’s pushing me even more towards feminism. My girlfriend applied for graduation the other day, so this week was supposed to be the start of her looking for a job. I’m the sole breadwinner with economic crisis-resistant job prospects and phat savings. (For the record - I do my best to do half of the chores.)

In all likeliness her dependance on me is not gonna change soon - but it feels like a fragile arrangement. I now want more than ever for her to be financially independent of me. But I’m not sure if that’s the same in the rest of society, especially not on your side of the pond.

Well, everything before Monday afternoon was wonderful and phenomenal. So I still have had three awesome weeks of relaxation and hiking and Edinburgh exploration.

You’ll never know, but at least you’ll be near family and friends who can support you in times of need. My choice was a bit easier when it came to comparing health systems, but that was almost secondary to the desire to be near my people again.

One thing I only realized when I talked to my parents yesterday is that a lockdown is the best thing ever precisely for rural areas. Their province has only 10 cases on 650k people when our semi-lockdowns began. They're behind, so they benefit the most from blanket measures.

Linked pdf is worth reading.

mk bugski! Edit is weird, it removed the @ and moved the tweet up? 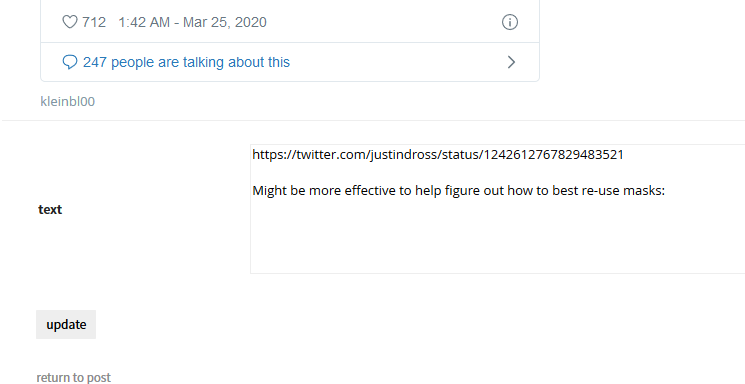 Might be more effective to help figure out how to best re-use masks:

Mine's an Ergotron, which is also great IMO.

Good that you made it back. We ended up going from this

to "fuck we need to get out, I really don't want to get stuck" in less than an afternoon. Then we booked the soonest flight that we could reasonably get back, and waited anxiously for 48 hrs hoping we wouldn't develop symptoms in the meantime and hoping nothing got cancelled in the meantime.

Not sure if it's still an option, but you can have mouse pads printed, for example with the text "I want my Sayl back".

The Aeron was an expensive purchase, but when I thought of it as "purchase to not kill my back, which is already weak AF from sitting in shitty office chairs since I was 8, any longer" it made more sense.

I went for a refurbished one and can reccomend it. As good as new, lots of spare parts and they last forever anyway, at like 1/3rd the price.