Hi, everyone! I promise I'm not dead. Like I said, busy with learning to walk, work, Christmas, and a host of other preoccupations. Glad everyone's been doing well.

Post updates to your WIP projects, or announce the beginning of new projects. If you've finished something, feel free to post it now or wait until January 3rd for v1.0 the 'Finished Work' thread.

In my defense, my goal is not "cheez whiz" it's "cheez whiz that can be burned out with molten bronze or sterling silver." Adam Savage argues that when first exploring a new hobby, you should buy the cheapest X you can find. When you've settled into it, you should buy the best X you can afford. SLA printers allow you to print with castable resin - this means you can take your print, drop it in plaster, throw it in a kiln, burn out the print, and then pour molten metal into the hole. The end goal is not the print, but the shape of the print. I was laboring under the impression that decent SLA printers begin and end at the Form 2/Form 3 which are $3500 or so. Looks like an indecent, open-source resin printer can be had for around $250 which, considering the resin is like $150 a bottle (so that you can pour $15/lb bronze in it), is an expense that might as well be considered consumable.

The other nice thing is that the economics of casting are pretty flat. The decent vacuum bell jar and centrifugal caster are pretty much the exact same price as the shitty vacuum bell jar and centrifugal caster so aside from space considerations, I could conceivably be casting up watch bands and cases next year. Which is a nice bit of insight because I'm making really shitty progress trying to convince myself that I'll be decent at Illustrator some day.

The tools you use greatly influence the art you produce. The fundamentally awful sound of pop music from around 1996 to around 2007 was due in no small part to Pro Tools Mix, which would do just enough stuff almost well enough to make you use it. It became super-easy to make things overproduced - this is why the "wall of sound" in, say, Hysteria-era Def Leppard is pleasing but the "wall of sound" in Come On Over-era Shania Twain is like an acid bath despite Mutt Lange doing both. Hysteria was a big angry tape machine used to its limits. Come On Over is a Pro Tools rig used to its limits. Those limits are technically vaster but aesthetically poorer. 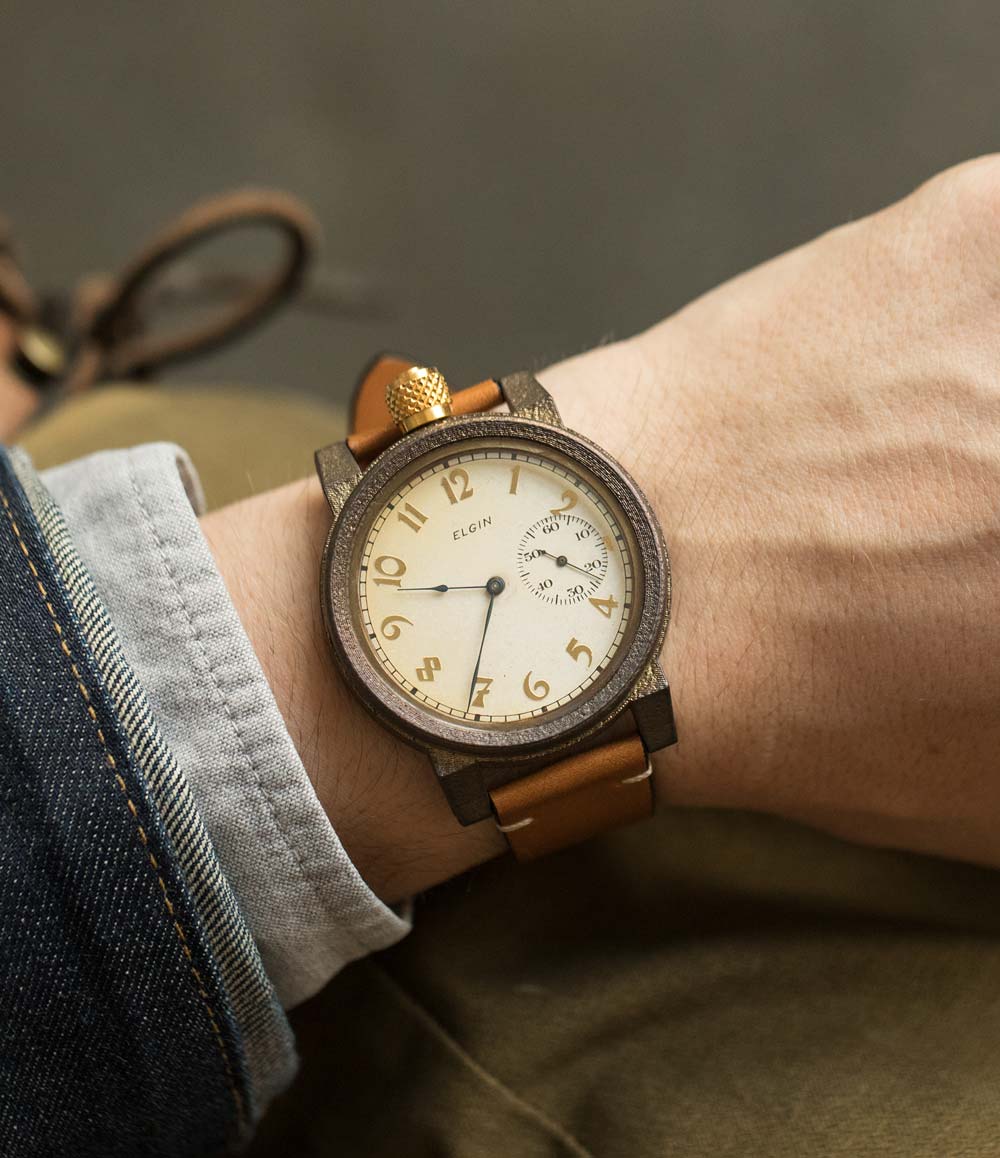 I'm not bloody bad at hand sketches when forced to do them. Unfortunately I took a class in Photoshop back when Photoshop was at 2.0 and I can honestly and confidently say that Adobe's control schema has been alien to me for longer than kingmudsy has been alive. Fundamentally, however, the goal is to make "thing that I think is cool" as opposed to "thing my tool makes simple" which means learning new tools. I'm simply and superstitiously afraid of making bad art because I've learned that the stuff that turns my crank is often the stuff that turns other people's stomachs and I am not the slightest bit interested in generating jewelry for people who want the best SolidWorks can do.

Who are you and what have you done with my kleinbl00?

What's sold you on the idea? The general possibility of casting something with a resin 3-D print, or a specific component you hope to create?

If you do end up pulling the trigger on this, I'd be absolutely ecstatic for some pictures! The process you described sounds cool as hell, and I'd love to see what you can do with it.

What's sold you on the idea?

This may be long.

Watchmaking is a hidebound industry, to no one's surprise. It's also one of the most heinously disintegrated; the common trope is that assembly lines were invented by Henry Ford and the whole world changed but the reality of the situation is that assembly lines were invented by the Waltham Watch Company in 1854. Waltham was the first company in the world to use interchangeable parts, other than Eli Whitney in 1790 other than the Carthaginians in the first Punic War thus does the dream die. Either way, a guy named Florentine Oriosto Jones, who had been working at the E. Howard watch company (which made better watches than Waltham, but weren't the first) decided he could teach those primitive hut-dwellers the Swiss the "American" way of making watches and they were so disgusted they refused to let him set up shop anywhere that spoke French which is why to this day the International Watch Company (IWC) is in Schaffhausen, where they speak German. And thus did the Swiss eventually learn to not produce garbage, although their shit still didn't compare with American brands, but America fought two world wars and converted from making mechanical timepieces into making bomb timers and ship's chronographs and bombsights and gunnery computers while the Swiss kept right on Swissing. So when the war ended and luxury items were in short supply, if you wanted to buy a decent watch it was Swiss by default because all the American companies were too busy making shit for the military. This is why redneck dentists ride Harley Davidson instead of Indian, by the way - the Army bought every motorcycle Indian made but rejected Harleys as pieces of shit so if you wanted a motorcycle, Harley was your only choice until eventually Indian was forgotten for how awesome they were. 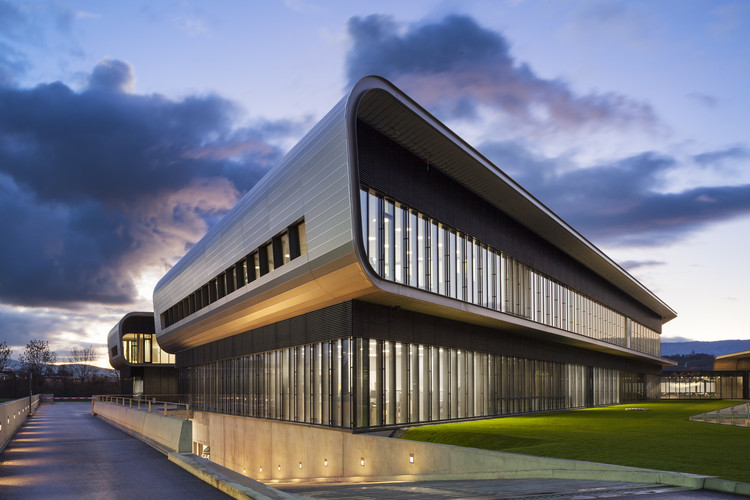 but your charter dates to 1755 and tradition? Tradition is what you do.

So you're pretending to look at new technologies? but you're not really. And maybe you'll say you have a 3D printed component here or there? But it's largely superficial. You have rows and rows and rows of extremely high-end machines that do one thing and they do the hell out of it and I have a quote for this thing and it's $768k FOB to my nearest port city.

And let's be clear: I'm never competing with these guys. Not ever. The Swiss watch industry is safe from me. So I need to look at ways to make things that don't start with a $768k machine FOB to my nearest port city. And frankly? the type of stuff you can do with a $20k machine is a start... but it's still a $20k machine. And the stuff I see my buddies doing with $10k machines is... well, see comment to bfv.

So really, the $250 printer is a low enough expense to switch me from "thinking about doing" to "doing." And really, most any watch you find out there right now has a shitty little plastic insert between the movement and the case anyway and if you're making custom pieces to get movements into cases, "shitty little plastic" is precisely what 3D printers excel at, although as far as you can tell from Youtube the entire 3D printing industry exists because GDW charges too much for Warhammer miniatures. Sweet baby jesus there are a lot of basement-dwelling wizards out there.

Fundamentally, i can short-circuit a formidable amount of manufacturing by going ghetto. So I'ma go ghetto and work my way up. After all, Jacob the Jeweler went from this: 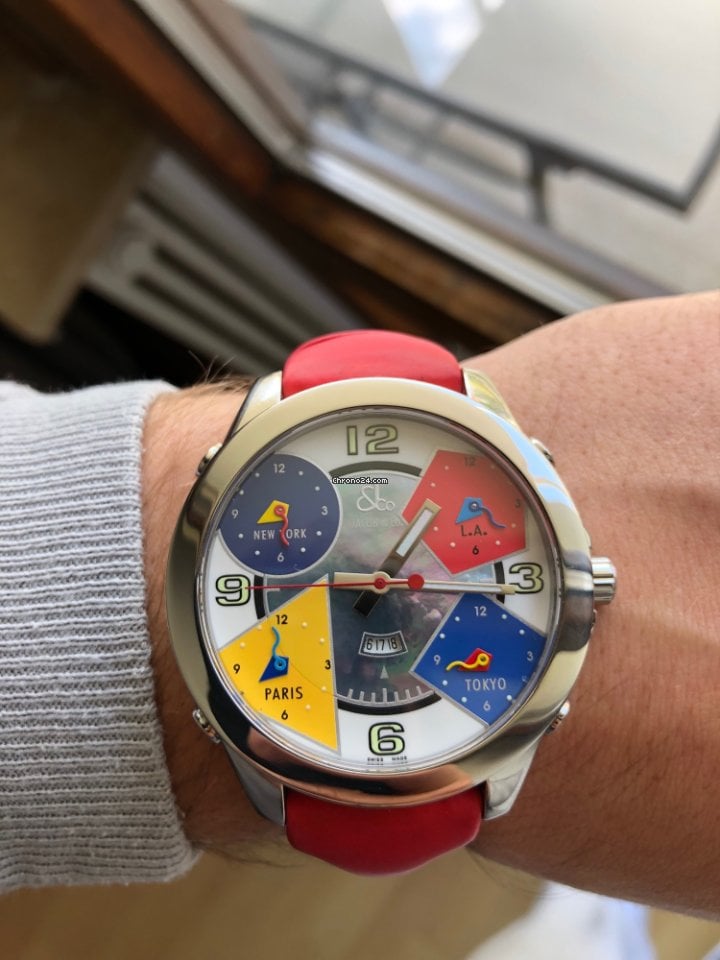 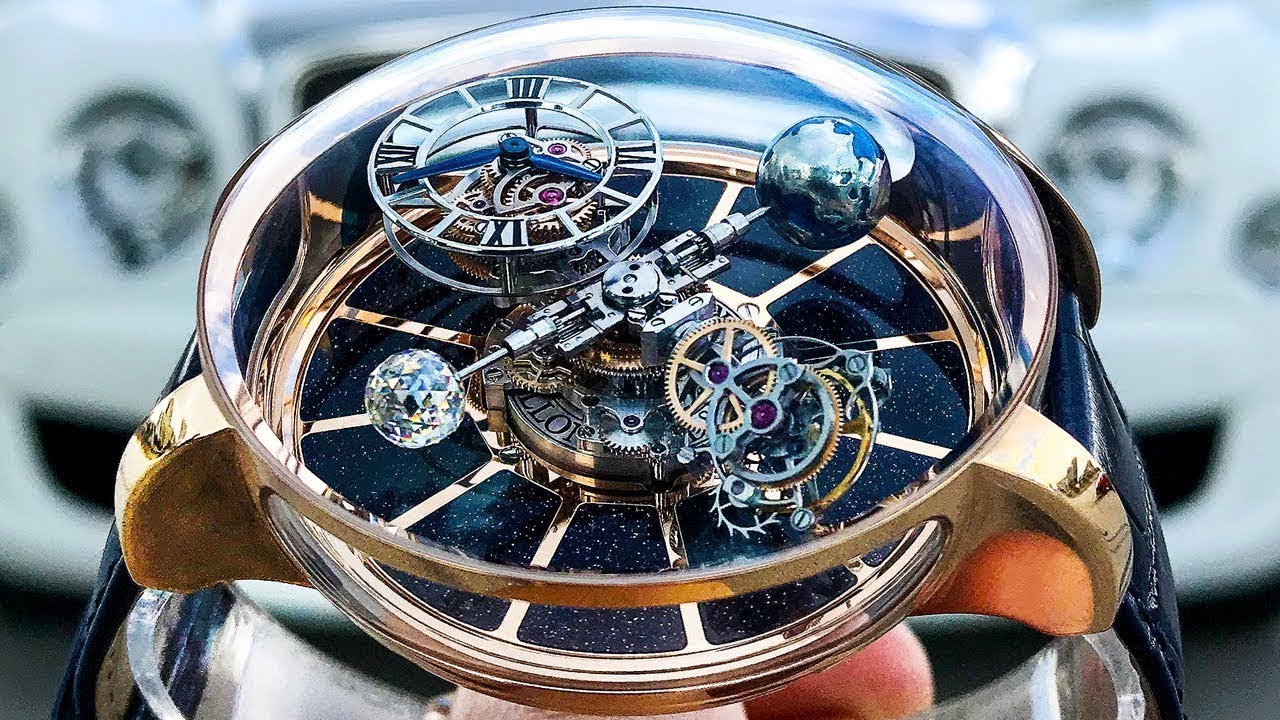 Wow that second watch is stunning. I'm excited to see what you make, this was a fascinating lesson on watches that I didn't know I needed!

Stunning but also ridiculous and largely unwearable. They're OEMed by a weird little turnkey movement maker in Germany somewhere; can't remember where. I guarantee I ain't goin' that way 'cuz I don't expect my clientele to own yachts.

My fiancee calls it the winter sick.

My projects further down the line are in R&D.

I've been giving a lot of names and numbers to my band member and we're keeping in touch, but for now it is just about getting more music and really honing in on tracks.

The album name still needs to be registered, but I finally have a fucking stage name.

In case you are wondering, it took a full year to come up with.

I have been making a "time machine manual" that I copy notes into and draw. It's a lovely little moleskin.

It's a lot of organizing and cleaning around this time.

I'm definitely not working as hard as I should.

Thanks for the boot!

Not much progress on my rabbit piece. Ended up taking the back off and got as far as embroidering the trunk for texture. This piece is gonna take some time, but I think I'll like the end result.