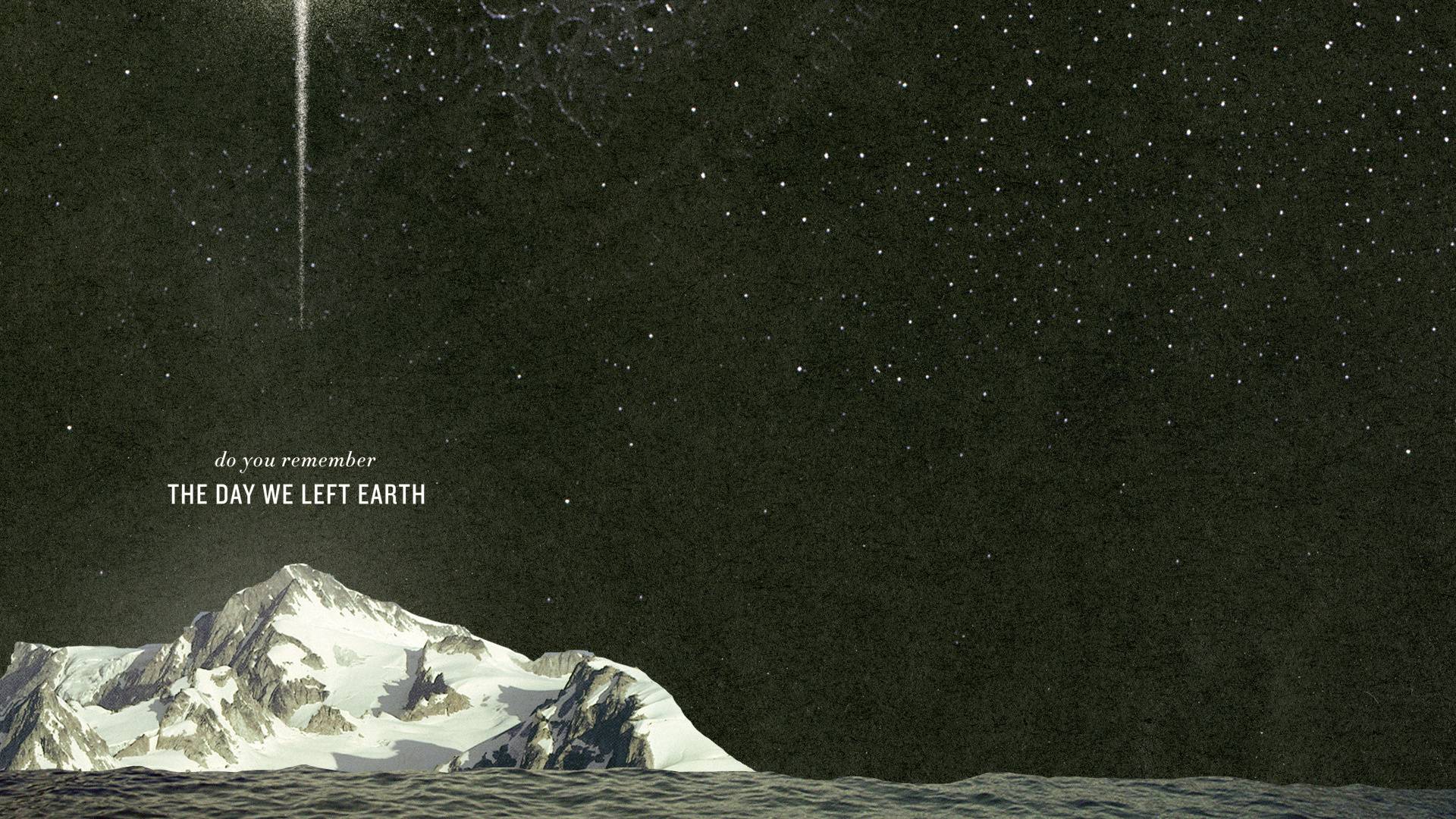 Eat food, not too much, mostly plants.

Don't take me too seriously.

I hope to have your resolve should I ever be tested in a similar manner.

8 Mile soundtrack whenever I happen to be rolling around Detroit.

Hit me up when I can buy stock.

I may be a homeowner but flush with 32 ETH of liquidity I ain't.

I believe in UFOs in that I believe that the universe is both large and strange enough that such things could happen, or at least that there are explanations to things that we perceive beyond the explanations currently available.

Hash rates across the board have dropped dramatically, across all GPU mineable coins. I have several friends who have moved onto shitcoins like ergo and like, RVN, both of which I see exactly 0 future in.

For those interested in how the semi-pro and hobby miners look at the world, look at whattomine.com

There's no rumor about it. Go check your local facebook marketplace, craigslist and similar. If power isn't crazy expensive in your area its likely that there were several hobby miners that are decomissioning rigs super close by wherever it is a given person lives. I have discord contacts on literally every continent who are offloading hardware, some dedicated few who are continuing to build their own data centers worth of insanity.

The most crazy thing I've seen since starting this endeavor was a literal dumpster, like, the size a large department store would use, completely full to the brim of broken down GPU boxes from any manufacturer you care to name, all purchased by 3 people I know well enough to meet up for a beer should I be in there part of the country. Some people have a lot of disposable income, free time, and don't mind tearing up their yards to install 240v lines. 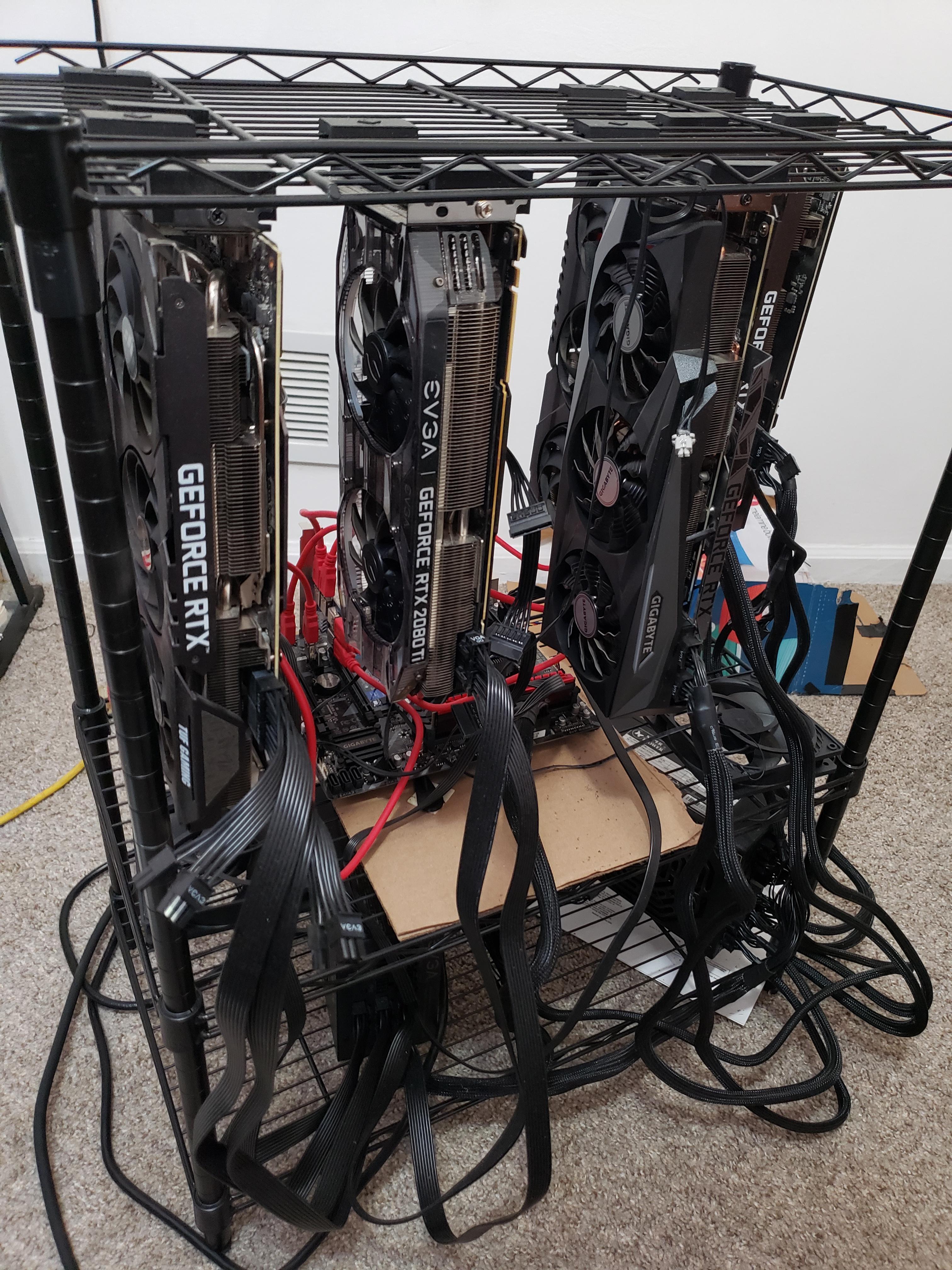 This is my ETH rig, there are many like it but this one is mine.

For about the last two years I've ran a small at home ETH mine that wound up totaling around 1.0 gh/s after all my expansions and maxing out my fuse box. Yesterday there were no PC fans spinning in my house for the first time ever since I bought it.

I had a good chunk of ETH saved up until my furnace broke in January and needed almost full replacement. As it stands, after cashing out a big chunk near the ATH price to pay for the furnace, I am just under breakeven.

I'm pretty earnestly looking into staking. I'm not going anywhere, my hoard isn't going anywhere, unforeseen financial trauma notwithstanding. Seems like the smart move for someone interested in the long term of ETH. Someone can feel free to tell me I'm wrong. Mainly in the crypto space these days I just DCA into BTC and ETH and try to listen to everything that insomniasexx has ever been a part of.

I will forever bear a deep regret that I made a choice to NOT covertly take (Steal) money from my parents to invest in bitcoin when it was pennies per. Maybe not being in such deep poverty might have helped my family. Then again, my parents may have just seen it as further evidence of liberal education defiling my right wing soul.

I will have both the resources AND the knowledge to capitalize on them when the next such opportunity presents itself, if it does.

Now to figure out the best way to get rid of all this extra hardware. Gave two of my closest friends $600 GPU upgrades over the winter, built a PC for one of my little brothers who actually wants to have something like a relationship with me. Have another scrap rig 3/4 of the way built, either for someone close at a deep discount or facebook marketplace at a fair market rate.

Too much history going on right now I suppose.

I am literally going to use some of those images for my unknowable horrors in a tabletop RPG.

Eerie to the extreme.

If I wasn't having such a great experience with Brave as my daily driver I would probably use Firefox.

I try and posit what 'prepared' would look like and it always seems about as bleak as any other perspective on the problem.

Proof-of-Stake is better than Proof-of-Work — but Ethereum’s Merge won’t fix any other problem with cryptocurrency
kleinbl001
ooli
davidgerard.co.uk  ·  #bitcoin
Ethereum's 'Merge' (on 14 sept 22) Is a Big Deal for Crypto—and the Planet
0
ooli
wired.com  ·  #bitcoin
Dungeons & Dragons Next Generation Announced, One D&D: Here's How To Playtest
psychoticmilkman1
ooli
gamespot.com  ·  #roleplaying  ·  #gaming
Hey! It's me, pabs. Just checking in. What have you been you up to?
kleinbl006
nowaypablo
text  ·  #self  ·  #tellhubski
FBI sought nuclear documents in search of Trump's home
demure11
ooli
jpost.com  ·  #usa  ·  #news
OftenBen  ·  53 days ago  ·  link  ·    ·  parent  ·  post: FBI conducted a search of Mar-a-Lago estate

I'm sure that he will have his legal bills paid for and have a seat on the 2024 cabinet.

Glad to hear the doom callers are still mostly just that.

I was listening to an interview yesterday with a former CIA officer who explained in very plain terms that the major European powers NEED the conflict in Ukraine over before fall. He posited that europe isn't capable of powering/heating itself without Russian petroleum and that the recent negotiations that re-allowed maritime export of Ukranian grain were Russian controlled. While they aren't winning any war of opinion or on the surface, his argument was fundamentally that war is about economic consequences and on those grounds, Russia is winning.

Link brokey, here's a good one.