I often don't know what I'm talking about.

I don't like it. I feel as though I should be able to remove as much as my presence as possible when I delete my account on a website. It's one thing that comments remain. Now usernames remain attached to them?

You may as well not have the delete account feature because at this point all it will do is just remove access to the account for the user in question.

Nice. Yeah, it's easy to get gushy over the latest synth and forget that the native plugins can do a lot for you. I really need to explore The Grid in Bitwig once I've got my current project over and done with. And like you, it saves on a lot of processing power too.

I have had a few people comment on my chord progressions. My approach has always been a very exploratory one. Sit at the keyboard, find a chord I like, then experiment. What happens if I change bass note? Can I keep the left hand the same and change the right hand? What if I just move all the notes up by one? What if I replace this chord with one from a parallel key?

Eventually, the mind's ear senses a shadow of a chord progression in the vague fog of creativity. From there, it's just about finishing the puzzle.

Looking forward to hearing what comes out of your learning!

Coincidently, I got cottoned on to DOMi & JD Beck not long before your comment. Great stuff. They have an album coming out soon, which I'm very looking forward to.

Any specific production techniques you've been looking into?

Stylus lets you target styles to specific URLs, which you can't do in pure CSS. So I'll create a version that works without that. I'll also make sure it doesn't break the mobile styles as it's only aimed at desktop at the moment.

Would it make sense for it to be an optional 'modifier' to the user selected style? That way the user can still choose their own colours.

I use the Stylus extension to inject the CSS. It is available for both Chromium and Firefox browsers.

Here's a pastebin of the code to import. It's fully commented, so you can edit it to taste. 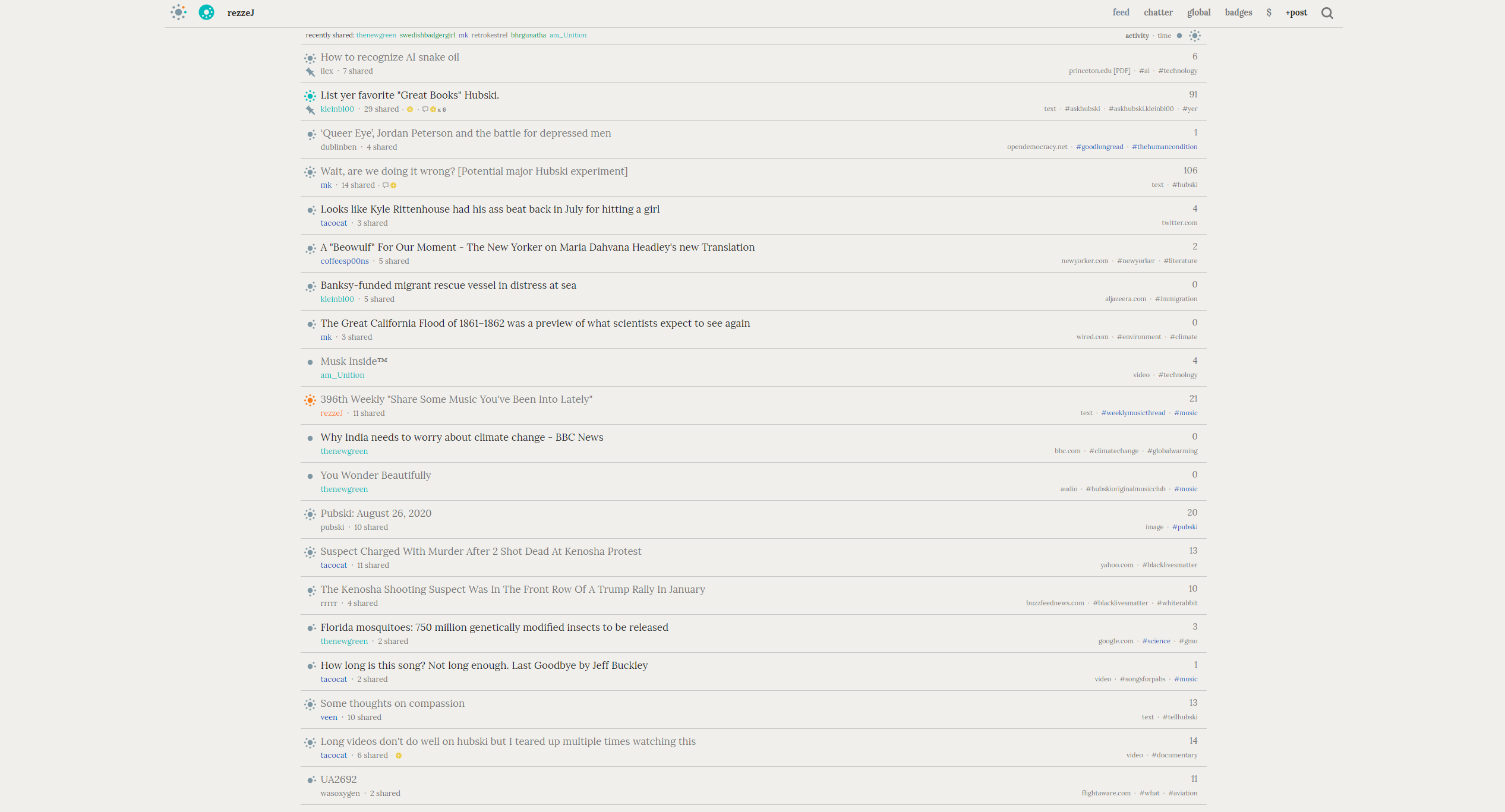 3. Domain and tag information moved over to the right to unclutter the left side of small text

4. Increased margins on main div to focus information into the centre as it stretches wide on larger displays 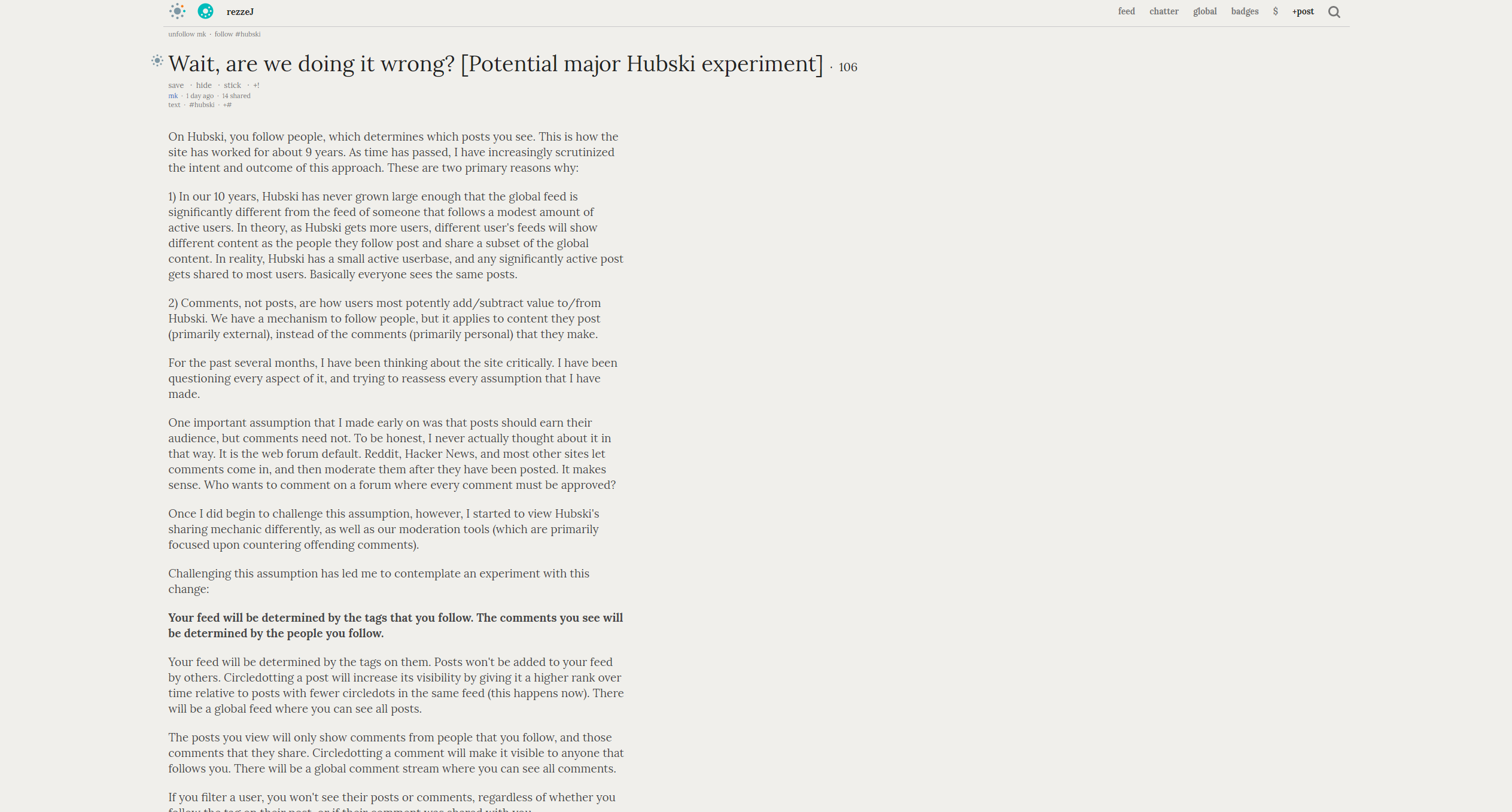 3. Limit body text div so it averages around ~15 words per line. This makes it easier to track writing line-to-line and maintain focus 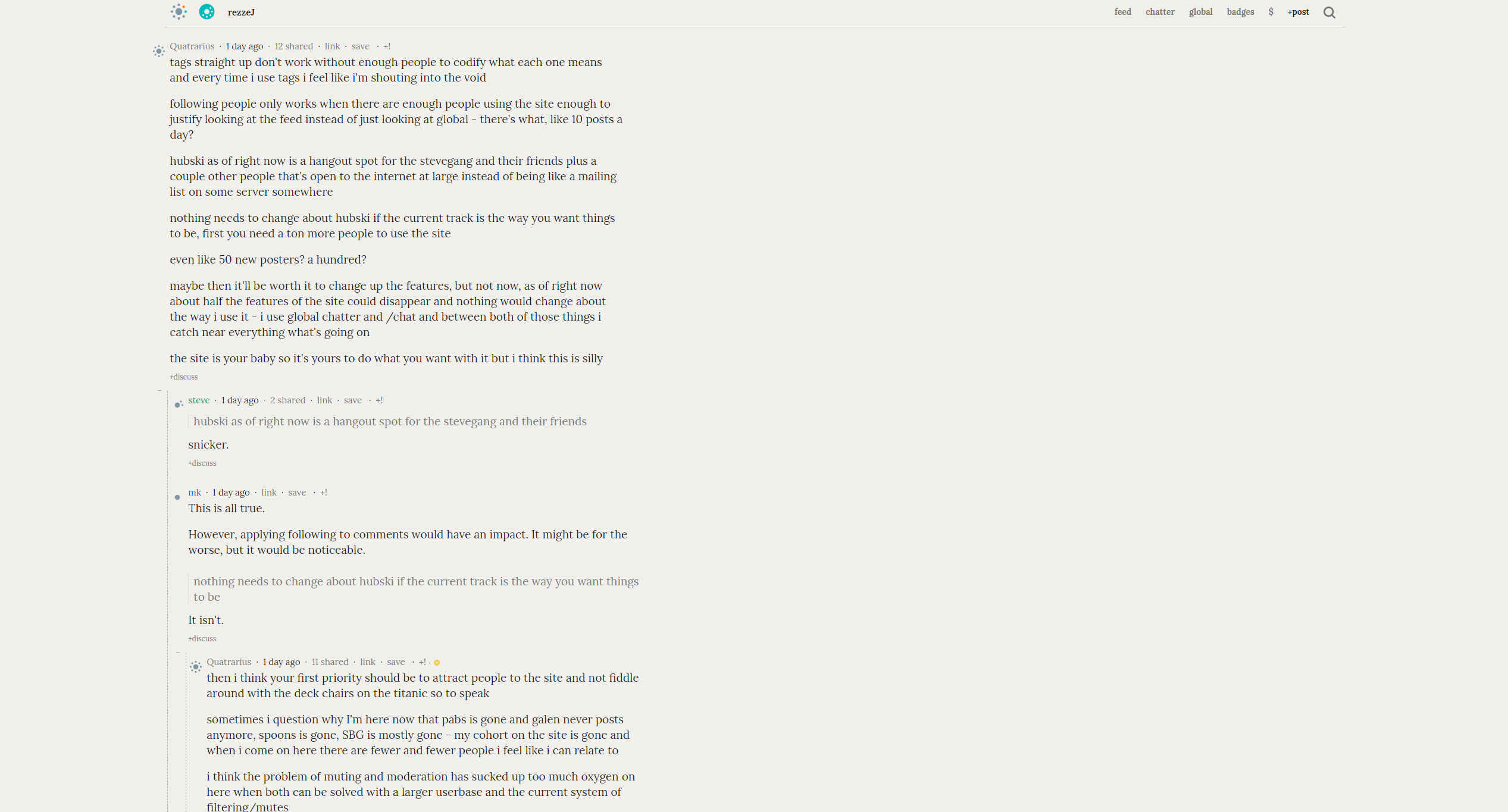 2. Increase spacing between comments to let them breathe more 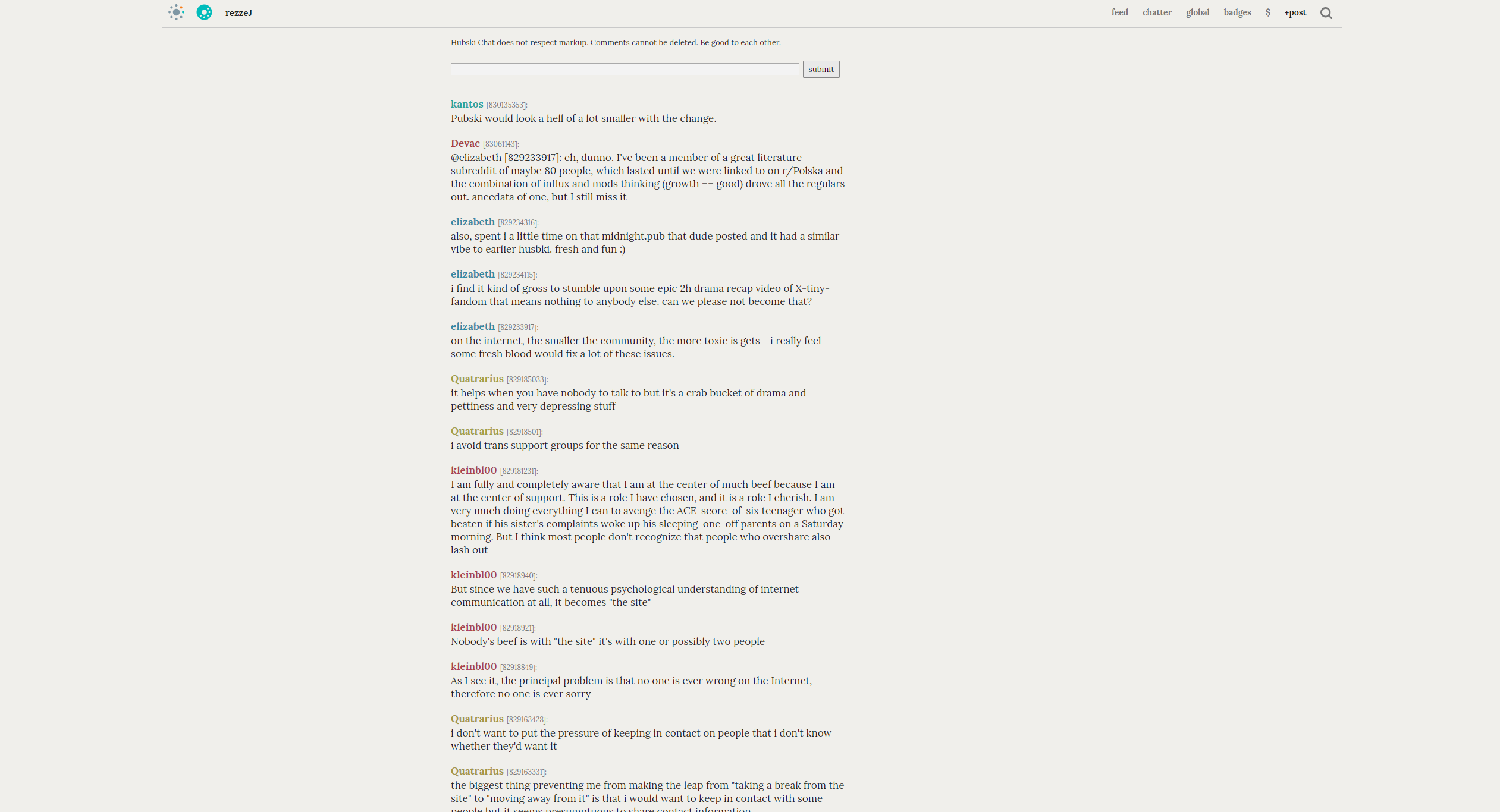 1) Import modern font and force it to override retro font

2) Reduce main div width and centre it to focus information

5) Move usernames and timestamp above the message. This gives separation between the username and the message and unclutters the start of the message.

I dislike it. I think it makes things more complex. And in the history of attracting users and improving their experience on a website, the answer has rarely been: "let's make things more obscure and add more option toggles." Not to mention, if you need to introduce a core piece of functionality with the option to turn it off, it's probably not the right direction.

You say that people have complained to you that comments are tiring. Isn’t that just a consequence of ‘thoughtful discussion’? Thoughtful discussion demands time, effort and the willingness to be open to and understanding of other views. And sometimes it requires you to look at yourself and reassess what you thought and believed. Sounds tiring to me. But that doesn’t mean it’s not worthwhile.

So it seems to me that by introducing this functionality, you’re trying to open up spaces where people can more casually chat without the worry of being called out. That’s fair. But the solution to that has little to do with governing the way we share posts and comments. Instead, it’s about increasing the amount of content on the site that offers those opportunities. That either has to come from the existing user base or new users. I do not believe that this experiment will address that. All it does is risk segregating an already small community.

Also, I agree with kb. My suggestion for any immediate change would 100% be the UI. I've complained about it before, but it literally goes against a lot of the most basic contemporary UX guidelines. I inject over 100 lines of custom CSS just to make this place look okay. That's not right. Those of you older than me who grew up at the beginnings of the internet may think it's not that bad. But bad web design will absolutely drive newer generation users away before they even look at the content. And if users view the design of a website negatively, that will tinge their experience of the content. I mean, default Hubski is 9pt body text and 30 words per line (though the latter differs based on display size). That is egregious. Not to mention that it defies basic web accessibility standards.