trynna be unition, we am

Never read it. My book ends with a mealworm realizing his lot in life. His biggest (and final) impact is to ruin someone's sandwich inside of a ZipLock bag.

This is Mr. Two Caterpillars: 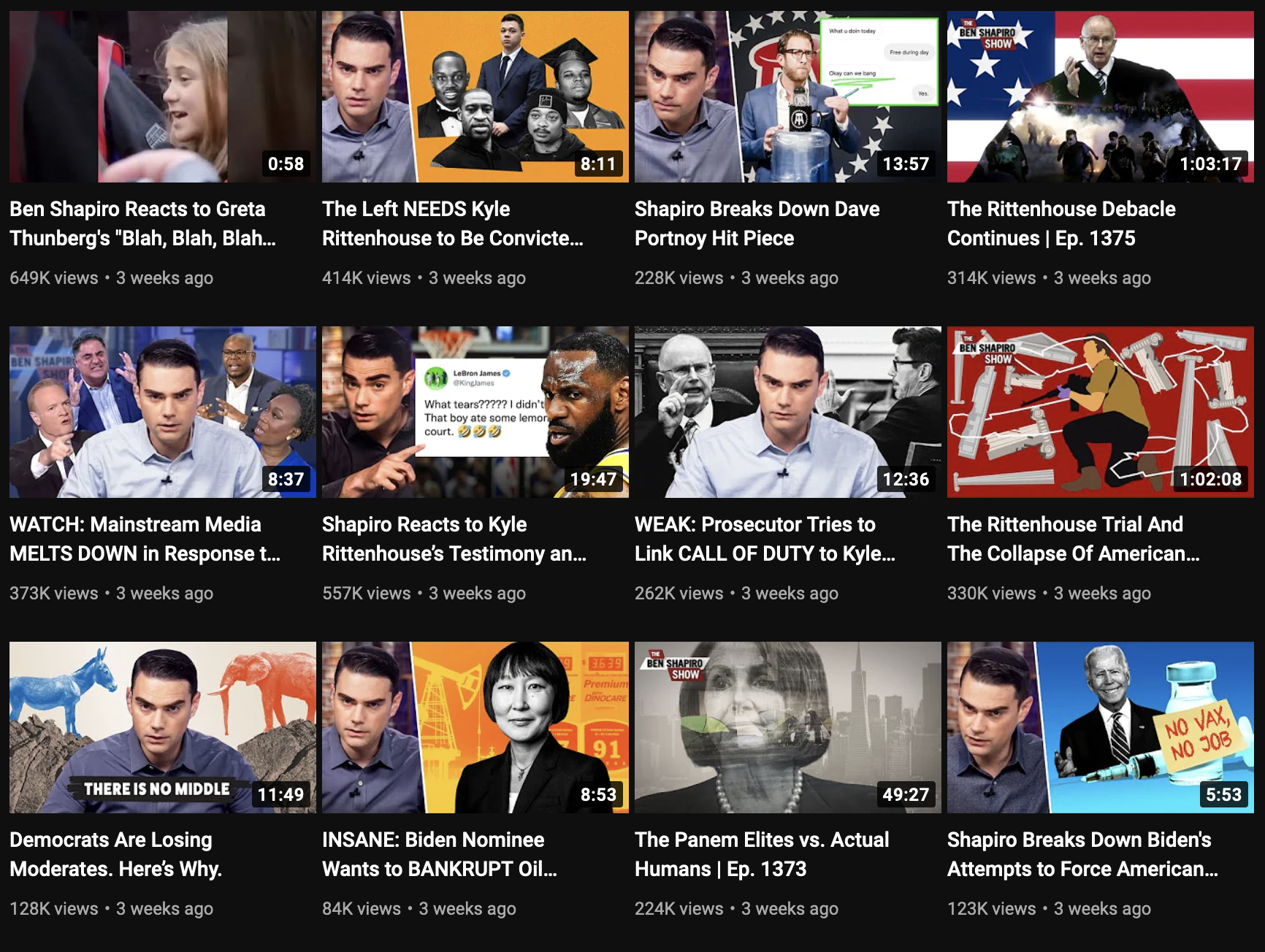 If you can identify which of the 12 thumbnails have two angry caterpillars, you can also learn anger. It's CAPTCHA. But you can learn anyway if you misclick or miscount or mistype, it's not a dealbreaker.

I have to attack his appearance b/c there are ABSOLUTELY NO LOGICAL SHORTCOMINGS from mr. 2 ctrplrs WHATSOEVER, AND HE WOULD TOTALLY ACKNOWLEDGE THAT RHETORIC AND PRESENTATION PALES IN COMPARISON TO RAW FACTS

Every now and then the popular Fox pundits will cut to a very rehearsed teleprompter reading from the mealworm, in studio H. He reads so well! Everybody knows he can read. The cool kids in Studio A read a lot, too, so why is the poor (but VERY talented) mealworm corralled to meal about seven studios down? The mealworm is working up the courage to call Rupert's direct line and ask.

It is hard, being a mealworm.

It'll work. The biggest reason it's so behind schedule and over budget is because they're making damn sure everything's good to go.

Honestly, though, there's a fiscal argument against that sort of treatment. There isn't any quality assurance oversight required for sounding rocket missions (sub-orbital, and typically flying through the aurora), and even though the success rate is only maybe 85%, you're saving shittons of money by not trying to guarantee that last 15% or 14%. More than enough to just build the thing twice and fix whatever wrong and try again. Of course, it gets complicated because subcontractors have reputations to maintain, especially for the bigger, costlier missions.

I'm pretty excited for all the breakthroughs in cosmology this should enable, but I'm absolutely stoked about imaging other solar systems. I'm consciously expecting wayyyyyyy too much. Like if I go and look up the imaging resolution of the thing, I know I'm gonna be disappointed, so I just, uh, won't.

True, and who better to help head up TRUTH social than the man who filed frivolous lawsuits because his feelings were hurt by a Twitter troll cosplaying a cow on his family farm? Very 1st amendment, Devin

It does take at the very least about five minutes to pick up what's being put down. It's sad that the modern world can rarely afford so many people a healthy amount of free time, totally feel you there.

Imagine getting as worked up as ol' Goblikon, here, and then calling people who thought a comedy bit was funny "snowflakes". It's like someone begging you to acknowledge that they don't understand irony for a second time.

Just real quick, b/c I can't help myself: The snowflakes are laughing? The entire analogy is meant to allege that snowflakes don't do anything but melt down, because they're so fragile, right? And wtf is a "fake comedian"? Like Tim Heidecker's career doesn't speak for itself?

Humor is still probably the best weapon to defeat insular ideologies. You might get shot or beat up for using it effectively, sure, but omg the jokes write themselves.

Edit: yeah this is some Poe's Law shit, I can't figure out if John Gobz here is serious or not. But I know Joe is. And that's funny.

Like my word salad in response to nil elsewhere in this comments section, The Joke is that Joe Rogan-types often say nothing of substance while also managing to contradict themselves. IMHO, good satirization of Rogan is long overdue. Joe will have e.g. Alex Jones on his podcast and then call himself a Bernie bro. His only ideological consistency is making entirely too much money for rambling on and on about nothing. My wife, who has never watched/listened to Joe (I think I've logged about an accumulated two hours over four years), found the satirization incredibly frustrating and hard to sit through. I told her "Yup, and that's why you wouldn't like Joe's actual content either".

Two visual depictions of the audible waveform. Max for Ableton is a pretty cool "visual programming language" module. I'mma work on this someday soon. There are tutorials.

Louis Cole x Vulfpeck happened at Red Rocks and I only just found out about it. Then I found out about other collabs and got really angry at myself that I presumed two of my fav artist collectives never mixed. They did.

And of course, the obligatory past-but-FutureFunk sampled bullshit of the week, Ninetynine - Bikini

:0. This is the most tuple and time signature playground'ing that I've heard in a long time. I will figure it out more in the days to come. Thanks :).

Any thoughts on DistroKid, rezzeJ? 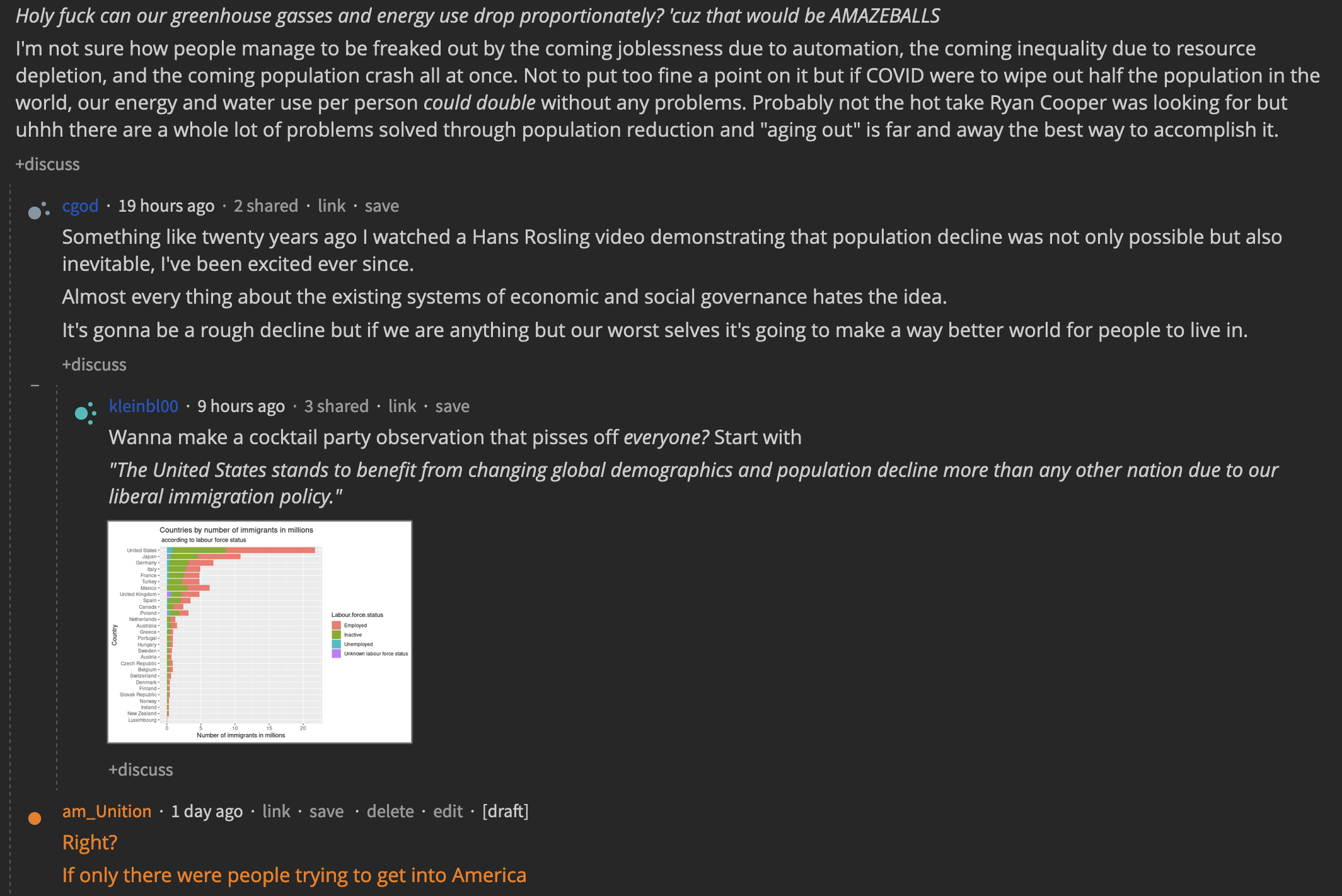 Maybe I'm not fun at parties after all

STICK AROUND, WE APPARENTLY HAVE RETENTION PROBLEMS

Wow, at least you get it. I feel that.

Exactly!! Me too, same. But, like, fuckin' hell, dude, I can still imagine what it might be like if it wasn't, with all that calcium. Right? At least a little. A little bit of imagining. Look: Glands are these things that we have, and they're doing shit with liquids, you know? They're secreting. All the time. Isn't that FUCKED up?! Like, I can't ever stop. Always. And of course you can make glands do things with psychedelics, secrete differently, it's chemical. DMT, psilocybin, whatever. Acid. It's kind of, like, an open secret. And the pituitary, too. Lymph. The thing is, supplements have really changed the game. I think, if you go back, 20, 30 years ago, or 40, especially, people didn't have these sorts of enhancements, and I think it was a lot harder to just get by. Of course, getting by in general was a lot easier, though, so no one really knew what was really going on. Hahahah, I mean there was no Twitter, it was just classifieds, and letters. If you were famous, maybe telegrams, and some phone talking. But even then, I think my doctor would have found a way to inform me about the terrible news I just got from him, yesterday, that my pineal gland is about to fucking shut down from a total lack of calcification. It's fucked up.

Posting this unironically, the last five minutes and fifteen seconds of it is seriously hilarious.

The Rogan and Pool types are shaping this era entirely too much, but that Tim Pool shit is content.

Thanks. Very interesting. For posterity: Gotta be careful with that Y-axis log scale.

So there aren't many wealthy countries that were doing less sequencing than the USA on a per case count basis as of Dec. 2020. I would bet we've improved upwards, but probably not even close to by factor of 10. It's also a function of outbreak severity and testing rates, but yeah. Maybe it's a more benign variant than Delta, i.e. doesn't replicate as fast? Time will tell.

And for my next trick. I would be interested to see a per capita (or case) comparison of SARS-CoV-2 genome sequencing broken down by country, or even at the state level here. Maybe my google skills are lacking.

Yup, media frustration is real. It's not only a question of lessening funding/income, you've also gotta wonder if the absence of serious competition from right-wing outlets lets the "liberal" gatekeepers backslide into slop.

3 questions with the amazing @lil
0
thenewgreen
hubski.com  ·  #hubskiers  ·  #tellhubski
Even on U.S. Campuses, China Cracks Down on Students Who Speak Out
NikolaiFyodorov2
kleinbl00
propublica.org  ·  #intelligence
am_Unition  ·  6 days ago  ·  link  ·    ·  parent  ·  post: America is looking down the barrel of population collapse

update: I am confused

Yeap. It was called the "Spanish Flu" because Spain was neutral in WW1, so they were the only ones able to report accurately because the warring factions all felt like acknowledging the true severity would hamper their warring. That should be in the article.

America is looking down the barrel of population collapse
kleinbl007
kantos
theweek.com  ·  #economy  ·  #society
am_Unition  ·  7 days ago  ·  link  ·    ·  parent  ·  post: 'Patience is crucial': Why we won't know for weeks how dangerous Omicron is

If you scroll down in the description:

In observation of Thanksgiving, Florida has delayed its weekly report of COVID-19 data.

I'm sure it's just a coincidence that the governor of Florida, an aspiring Trumpist, is presiding over a uniquely bad testing and reporting system. I'm sure.

I increasingly doubt that Omicron originated in South Africa. The number of daily new cases is much higher elsewhere, like, sayyyyyy here (U.S.). The world is essentially punishing South Africa economically for having a robust testing and tracing program. What a sad message this sends.