if you like paper crafts and punk rock, check out my etsy shop here.

You are bringing my whole life full circle, I made ink from pokeberries and wrote using quills from our local domesticated geese when I was a very, very cool and popular early teen.

Funny how things work out!

I saw your tweet considering the value of twitter. I didn't have a good response for you. I have always used Twitter for thoughts that I wanted to vent but didn't think were purposeful enough to share with actual deliberate people. Either that, or were so shallow or snarky I didn't want them "out there" (a la facebook). My profile tagline is, "most of these are drunk," which has been more and less accurate over the years, for sure -- but the point of that kind of tagline is primarily, now, to discourage anyone who might read my feed from taking it very seriously at all.

As a result, though I remain on twitter, I absolutely don't defend it as a bastion of intellectual or even invigorating thought at all. I find most value in it for purely social uses -- that is, I find more value from following friends' tweets and seeing what inane things they have to say and vice versa -- and I certainly don't mean to apply that just because I find the "most value" out of that piece of Twitter doesn't mean it is truly a very valuable component.

In other words, I almost support you leaving... ;)

I signed up for another 5k. At this point I'm ready to call a 5k a fun run. What I like about the local 5ks that I'm signing up for is that nearly all of them have the money go to benefit some cause or something. So I'm having fun running "competitively," at least getting experience with racing, and my dollars are going to causes I like to support in my local community! This new 5k will be in May (after my upcoming 10k) and it supports my local SPCA. Guess what they're calling it.

Ahahaha. OK, you guys give up? They're calling it...the fast and the furriest 5k.

Seriously guys, how could a gal say no to that??

Also, here are some stamps I've been carving. 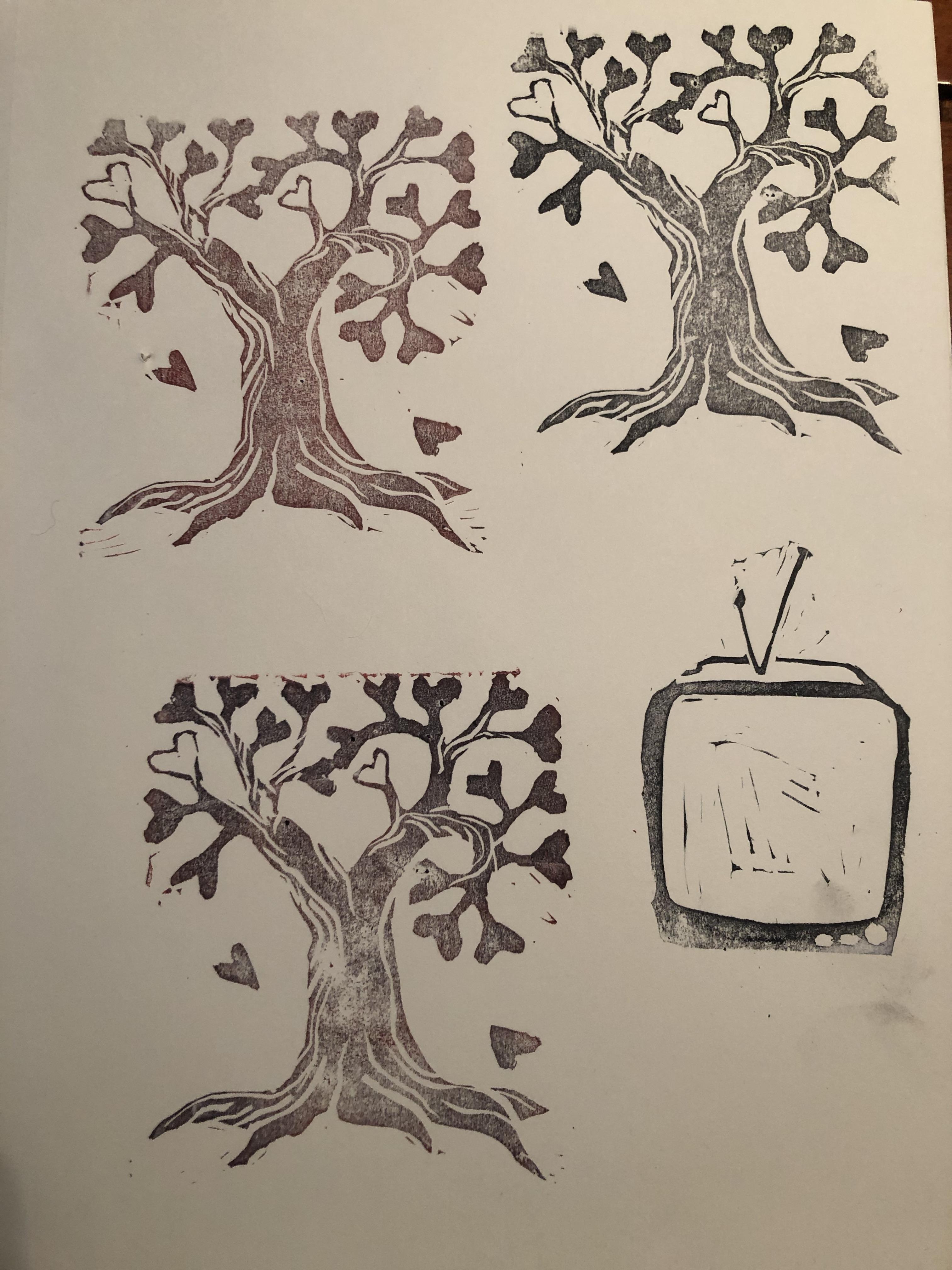 I've been doing a lot of research into printing, as in carved-print-printing, and it's pretty cool. But also a little too serious. I like my stamps. I think I'm going to continue artistically experimenting with a healthy mixture of both approaches.

Now excuse me, while I go eat a pizza.

Good to see you around!

how i feel about democrats as a democrat :(

I love this! I bet your class is freakin' awesome, lil.

The Bizarre World of Fake Martial Arts
Foveaux11
kingmudsy
video  ·  #martialarts  ·  #youllseethisonglobalanyway
Hubski: I hate to toot my own horn, but . . .
ooli21
lil
text  ·  #thehumancondition
Pubski, February 5, 2020
izzy41750
pubski
image  ·  #pubski
For decades, America has been duped into thinking today is all about football. I'm here to remind you of what today is REALLY about. The Superb Owl.
Cumol13
applewood
text  ·  #nature  ·  #animals
_refugee_  ·  17 days ago  ·  link  ·    ·  parent  ·  post: Swagalicious Expeditious Make Them T-Shirts CircleDot 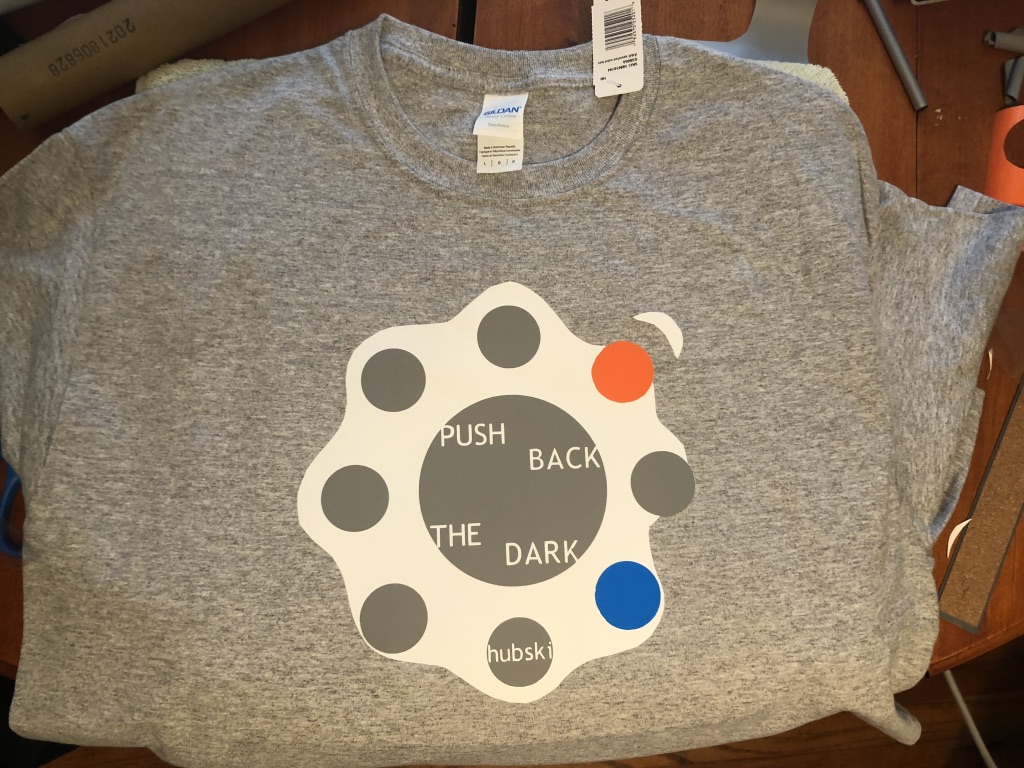 Ben chose Shirt #1 (the one in the post), so if anyone is a unisex size L, reply here and you can have this one. (Still would ask $5 for shirt/materials + shipping.)

My dad's pretty great. I remember when I was a kid, one night we got takeout chinese food and for whatever reason, I decided that I wanted to eat as much as Dad did. He went up for seconds, I went up for seconds. (Note: I was probably like 8, and in my head, "eating as much as Dad did" meant "going for as many rounds as he did," not "actually having the same volume of food on our plates each time.") He went up for thirds, I went up for thirds. I remember my mom commenting that I must be hungry but in my head, I knew I just wanted to be like my dad.

He had this stuffed animal growing up, Red Ear. Red Ear is a little grey mouse just a bit bigger than my fist with proportionately GIANT red ears. (Of course. It is my observation that children are not often imaginative with their stuffed animal naming conventions.) Red Ear used to have a matching red shoestring tail, too. That was, until I got my hands on him as a wee tot and found out his tail made excellent chewing material. I chewed on that probably-very-filthy tail until one day it fell off and disappeared. These days Red Ear sits on my dad's desk at home. I want to get a tattoo of Red Ear, as a symbol of my dad, some day. Maybe I'll skip the morbidity and do it before he dies. Dad won't be a fan of the tattoo (because it's a tattoo) and it probably won't mean that much to him, but I have always respected, trusted and generally looked up to my father and I would like to have a tattoo honoring him somehow.

His brother's in town this weekend, stopping through on his way in between Shemya, Alaska, and Guam. We all had dinner together on Friday -- hoagies, because bless you, if you've lived in the Philly region and happen to stop through it later in life, a goddamn Capriotti's sub is what you want! -- and I got to learn more about their parents, specifically their mom. My dad's parents both died in the same year, in probably 2010. (Could be plus or minus a year, I guess.)

My dad's mom was NOT a nice person. She smoked like a chimney inside and out while the kids were growing up, she routinely broke paddles and yardsticks on her kids' asses as punishment, and according to stories I've heard was known to have shut household cats in the oven (turned off) and the dryer (also, presumably, turned off, although one version of this story I've heard doesn't end with the cat alive) when they pissed her off. I'm sure there's a lot more meanness I don't know about.

Apparently she was also the only one out of four children that lived, which is one of the things I learned on Friday night. Listen to this:

- A sister was wearing a Halloween costume near a candle. The costume caught on fire and the girl died as a result of the injuries she sustained

- Context: Cars used to have running boards. No, I don't have any idea what those are, but this fact is vital to the story of a brother who died because he saw an oncoming truck, attempted to run up the running board (I guess of the family car, in an attempt to enter it) and instead fell and was run over

- A third child, gender unrevealed by my family and possibly unknown to them (my mom/dad/uncle, that is anyway) was born with an esophagus which did not connect to their stomach and died either of starvation or of acid reflux (this fact varied depending on who was retelling the story on Friday night)

One out of four. What dismal odds. This was different times, then, so I'm holding back from making cracks about my great-grandparents and their perceived ability to parent well. (Or successfully.) (Yes, I know. Oof.)

I was not the only person who did not know all of these facts until Friday. My dad had never heard of the brother who'd gotten run over until then, either.

Anyway, that turned into a ministory about me and my dad, and a big story more about my dad's mom than my dad. Still, appreciated the opportunity to share.

As a bonus, on Friday my dad and uncle also told me about how you used to be able to go to McDonald's and get 12 hamburgers for a buck. Back then, the burgers were just that -- bun, patty, 2 pickles, top bun. You could get a slice of cheese slapped on top to make a cheeseburger and that was it. Apparently the first time my granddad saw a burger with lettuce and tomato on top he growled and said, "If I wanted a salad I'd have ordered one!"

What a freakin' trip!

Edit waitaminute I get it

Does anyone here know how to screen print?

I mean, I think we're still all here to read about it. I'm here for all the sturm und drang und angst.

And also I like you! I am eating popcorn with relish, but also, supportively. ;)

I love the whole lizard people thing. I swear the CEO of Capital One is one. I mean, presuming they exist. But look at his freakin' face and tell me I'm wrong. Lizard people and hollow earth are my favorite conspiracy theories.