lol try to spark up tho

The company is trying to resurrect office camaraderie but a number of her co-workers don’t drink. “It’s funny that that’s such a heavy part of trying to keep people invested so you don’t lose them,” she says.

the vibes they are a-shiftin'

one of the shows that's been fascinating me of late:

See, WeWork was stupid by inspection. I never "got" it (lord knows I tried). It's like "our business model is to sublease space for less than we lease it for, obviously we're worth $43b." But that's not what WeWork did. And I never truly got what WeWork did until I saw Jared Leto pretending to be Adam Neumann.

I didn't realize it was summer camp.

I should have. I freely quote that over half of people under 30 in LA were receiving an average of $2000 a month from their parents to live there. That in general, well-to-do millennials who were busy "adulting" were the ones spending their parents' cash on living expenses while coming up with some jackass idea that was never going to pay off. That really, who the fuck wants to actually work when you can just pay to get a "The Office reruns only better" environment that fosters your hookup culture with no fraternization policy to worry about or long-term blowback to deal with.

This is to say, not everyone survives a vibe shift. The ones still clinging to authenticity and fairy lights are the ones who crystallized in their hipsterdom while the culture moved on. They “bunkered down in Greenpoint and got married” or took their waxed beards and nautical tattoo sleeves and relocated to Hudson. And by that law, those who survived this shift only to get stuck in, say, Hypebeast/Woke — well, they’ve already moved to Los Angeles to houses that have room to display their sneaker collections worth a small fortune.

“There are only the pursued, the pursuing, the busy and the tired.” F. Scott Fitzgerald, The Great Gatsby

'cuz see the pandemic hit. And if you were using Daddy's money to live six to a house in Echo Park, you were suddenly 24-7 with people you avoided. And if your whole raison d'etre was to slum around being cool with other people, you were stuck being cool by yourself. No wonder 40% of them moved back home. And once you're back home, you're no longer one of the 24-hour-party-people, you're a Super Senior, you're Failure to Thrive, and your entire whole urban adventure is over, fucko.

"The vibe" is people trying to figure out what's cool by pantomiming cool people. And between moving back in with the folx and rents doing this: 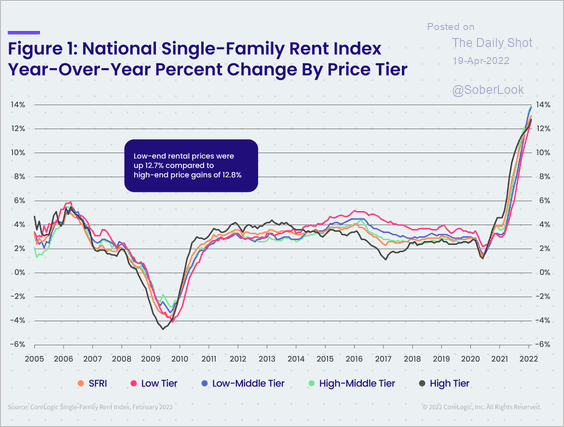 There aren't a whole lot of cool people left. The ones that are now burn so much more money than the rest of us that there's no way we can keep up.

I was in the middle of attempting to relearn which clothes I wore, how I pursued sex, what drugs I took and with whom, what music I danced to and where. I could accept that some of my old bars had closed (RIP, Frank’s, Kinfolk) and that a bunch of people I knew had babies (RIP, people who had babies), but I also felt that time had stopped in some ways.

If you were young and fashionable and gave a shit what other people thought, the pandemic was an Extinction Level Event for your social life. If all you had to define yourself was "what other people think" you were undefined. And if you hadn't figured out how to be truly independent before March 2020, February 2022 does not find you striking out on your own as if nothing had happened.

And you certainly aren't taking Daddy's money the same way you used to.

One could argue we're in a new, ultra-fast Bowling Alone type of transition. What I'm witnessing is my peers being pushed out of the cities they want to live in (myself included: I could never afford a home in Utrecht even if I tried), rupturing or weakening social ties and causing more conflict and gentrification almost everywhere all at once.

Pricing the progressive politics out of the cities, while also not severing them entirely from the connections they've made, is likely to have some interesting effects on hinterlands politics.

Bill McKibben made this point in Eaarth back in 2010. I don't think he'd change anything about that book, other than the horrifying disregard we've had for the warning signs of impending biosphere collapse.

Something I’ve been thinking about today is WeWork and it’s relation to that article about boozy return to office culture, and also the ancillary impact WeWork may (not) have had on the adoption (ish) of remote working culture in the United States.

I would argue that WeWork was a place where people who didn't have a traditional job paid to go to have the trappings of a traditional job. It was "performative" jobbing - you have a place, they have a coffee machine except also kombucha, there's an HR and an IT department except you pay them instead of the other way 'round, and unlike real work, no one ever tells you what to do. It was a place you could put on the business cards you yearned to hand out that hid the fact that you lived off your allowance while perfecting your Shark Tank pitch for cat underwear or some shit.

I would argue that WeWork culture was wholly and completely separate from "office culture", which is the disconnect I failed to observe earlier.

The "boozy return to office culture", as described in this WSJ article, is all about giving people a reason to put up with shitty office intrigue and a lack of autonomy. Combine that with "hot desking" and hybrid work and I think we're in a place where the whole "office routine" is being renegotiated. Companies are throwing shit at the wall to see what sticks.

I smoked a J by the harbor before taking the elevator up to my room in the financial district, and you should've seen the faces of the boomers on their way up to the hotel's rooftop bar after work. I'm sure I reeked. Who knows how long they discussed the covid-era hotel deals that brought the riff-raff like me out of the woodwork.

1) Weed has been legal in WA since 2012. I don't know if you saw the giant billboards down by the airport

2) They looked at me like utter riff-raff, and I was stone cold sober and freshly showered

3) You overpaid to stay at a pretentious tourist hotel frequented by people who think they need to take an Uber to go three blocks, there is absolutely no arrangement of space-time that would not fill them with condescension

No regerts, bro. Was I baked and paranoid WS(Wall Street)PD were gonna get phoned in at the time? No hahah, no, hah, totally no, not, I wasn't, no.

Hey, like I said, I was mostly just along for the ride, didn't feel like weighing in on the itinerary much. Turned out more than great, though. The hotel was over 50% off, booked a year in advance. We got stupid lucky with covid cases.

That patio at the place across the harbor is something my wife and I will never forget, btw. Thanks again.

I do owe you an apology, though, because while you were getting socially stiff-armed, I was getting compliments on my Porsche.

"Hello can you pick me up 1/2 a block from the main entrance to Pike at 5 pm so you can get mad dogged everywhere because of your association with me?" - am_U