My pet theory is that there’s a very large share of (retail) investors who value sustainability of companies in their portfolio, but a dearth of stocks that actually fit that bill. Over here a Dutch supercharger-network-building company also seems vastly overpriced because of that dynamic.

I've come around to recognizing that Tesla is a protest vote. By giving money to the car company that hates cars, people can tell car companies how much they hate them.

A vote for Tesla is a smug-ass green-ass Trump vote, effectively - it's a vote of No Confidence. So if you trade on sentiment? It's a great bet. Who's gonna win - all the shitty automotive journalists or the guy who married Grimes?

The basic problem is that stock value and actual value haven't had anything to do with each other since the repeal of Glass-Steagall so it just gets dumber. Rivian has delivered 42 trucks, all of them to employees. At a market cap of $102B, that puts the unit value of this 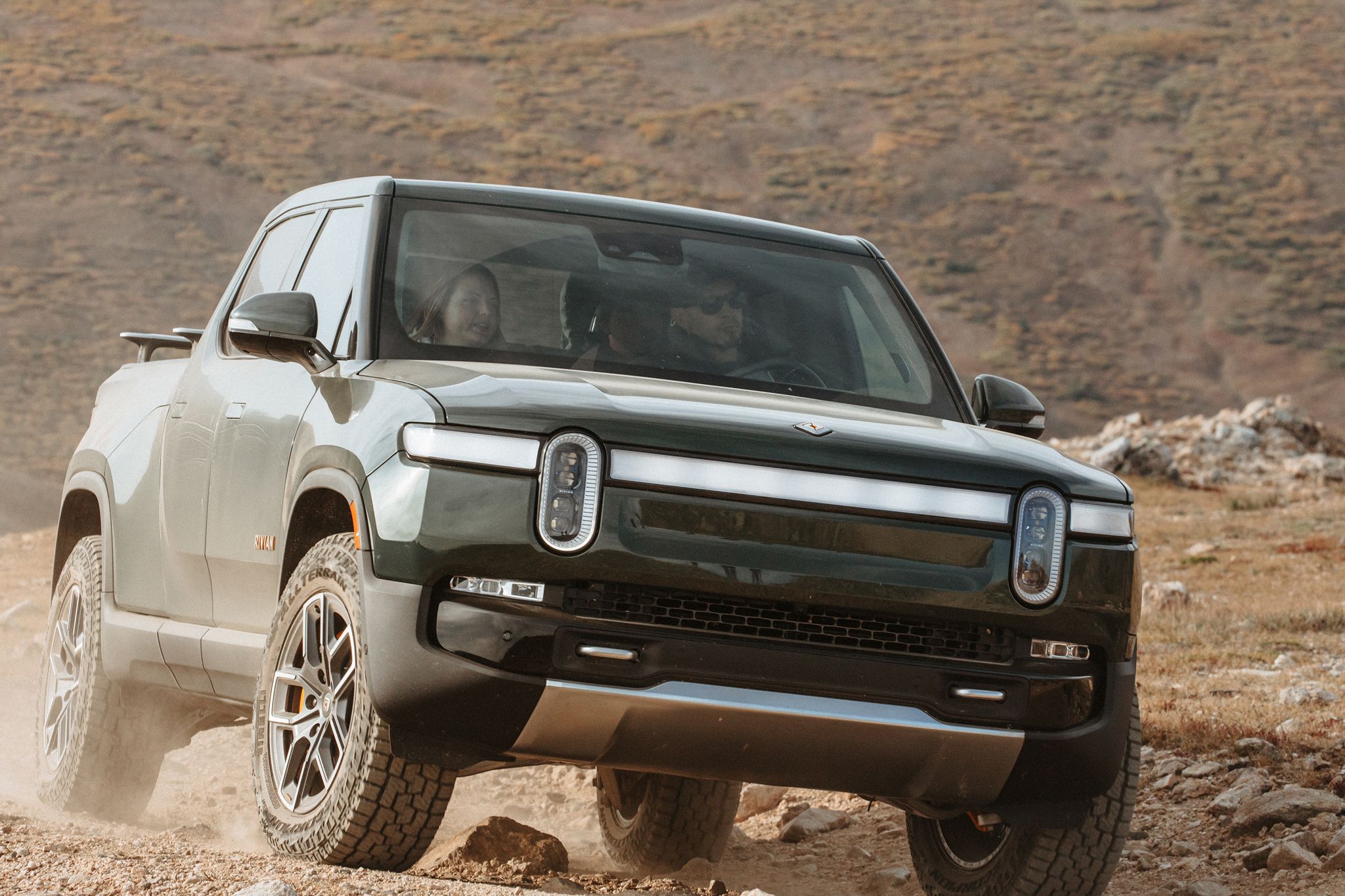 At three and a half of these And the market value of Rivian at approximately half of the Apollo program, adjusted for inflation.

Rivian's actual value is their Amazon contract to replace ALL of Amazon's last-mile delivery trucks (the Sprinter vans) with a custom-built, custom-looking Amazon Van built and powered by Rivian.

Which makes me happy to stand in my spot in line and wait for my Rivian truck, because a company with that contract is going to be on much more solid footing than something run by a mercurial man-child, or something named after a pair of scissors, or something built by Ford. (No shade to Ford: making the F150 electric is the most needle-moving event in automobiles, possibly ever. Getting rednex to dig American-made electricity rather than Saudi oil is going to have enormous effects across the spectrum, from power generation, to the environment.)

Have you done the math on that? $102b market cap / 30,000 sprinters = $3.4m per Rivian. Didja like how Amazon put seed capital in July so that the market could freak balls in November? Know who the greater fool is here?

There's this idea that electric vehicles are hard or something. They're not. I've built five of them. You get rid of all the difficult shit when you ditch the gas, with the exception of the batteries, which you're going to fob off on someone else, unless you're Tesla who got burned (literally) by other people's batteries so now you invite Panasonic under your roof. And since you're a new company you have no contracts with the UAW so you can pay people whatever and build wherever you want. There's no secret sauce here. 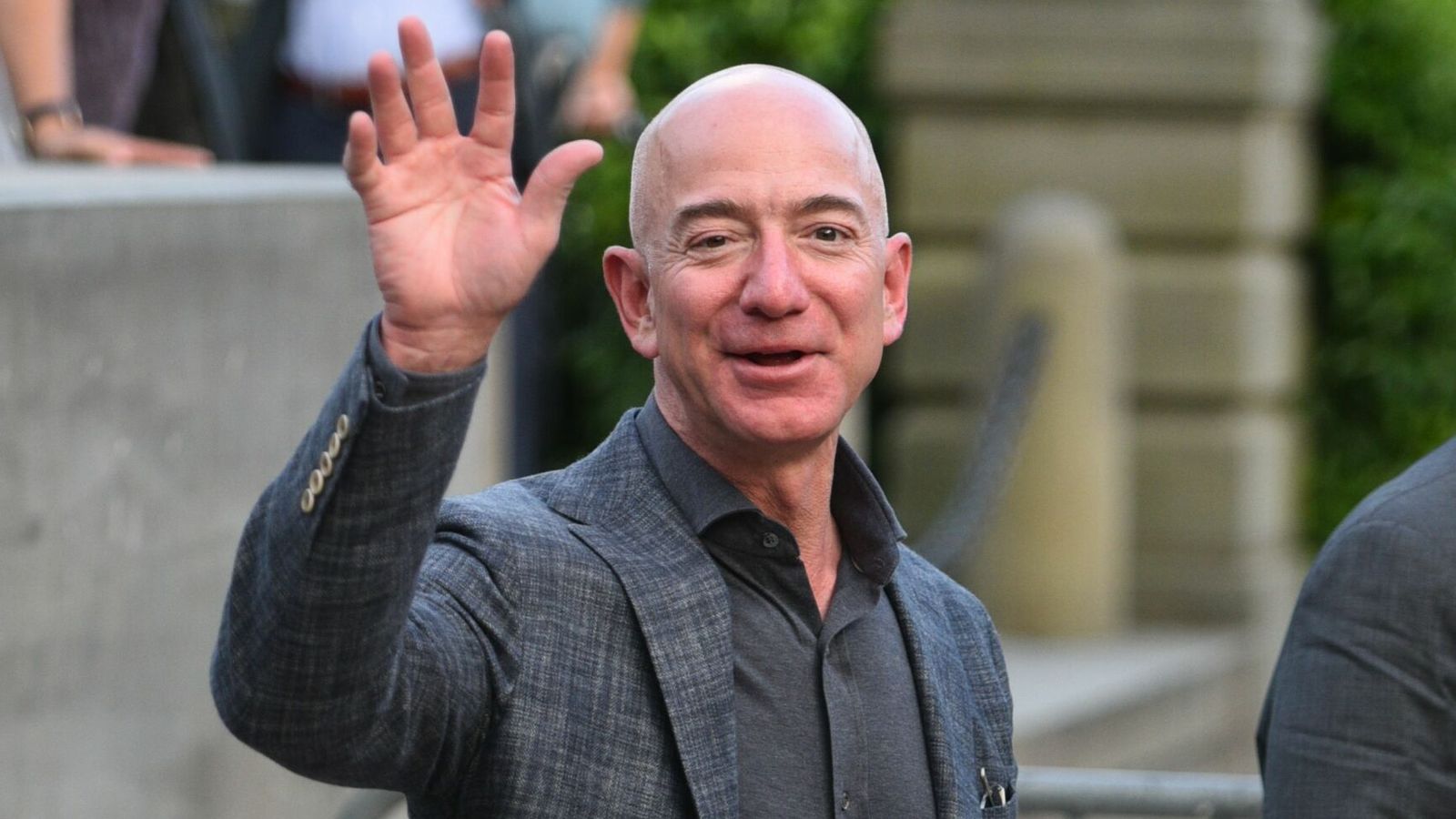 something named after a pair of scissors

The Fisker Karma is also what the Tesla S would have looked like if Elon Musk hadn't pissed off Henrik Fisker enough to go "nvm I'll build it myself." Tesla sued and lost.

or something built by Ford.

Ford, at the height of the pandemic, made 4 million cars a year. Rivian has so far made 40. That puts them at roughly double the Vector W8, the second- most vaporware car in the history of America. That is two orders of magnitude less than Bricklin. Even DeLorean was over 5,000 a year and they didn't have a $104b valuation. They sure as shit didn't lose a billion dollars making 40 trucks.

PROTIP: if I throw a stealth bomber up there in a discussion of valuation ya need to counter with something better than "named after scissors."

I was inured to the "cost per" kind of thinking from working in Silicon Valley throughout the dotcom boom. (And the PC boom before that.) Adoption rates will always win.

And no electric car maker has as many orders on hand as Rivian. While this does make it precarious by putting all their current production run eggs in Amazon's basket (during a chip and raw materials shortage that is not looking to improve any time soon), it also shows broad adoption into a commercial fleet by a leader that is respected by other large fleets. And a commitment to Amazon having their own, unique-looking, fleet, which further helps the Rivian contract look like not just a one-off purchase. And Amazon is the only fleet order we are currently AWARE of...

Fleet managers have noticed. "They did it first" is a really important rationale that managers of huge fleets are looking for, when switching to something different.

Fiskar, Tesla, and anyone else, is selling onesy-twosy to retail customers who will buy one every 5-10 years, to a public that will abandon a brand in the blink of an eye, and could buy ANYTHING else when they go to replace their electric car.

Ford, at the height of the pandemic, made 4 million cars a year. Rivian has so far made 40.

Ford doesn't have a contract with Amazon for 30k vehicles. That's 1/3 of the Ford Transits sold every single year (~100k), going to a SINGLE customer.

To me and my experience, that pencils out.

A single big customer making a big stink about their adoption of a new fleet vehicle vendor, is the kind of thing that moves other fleets to act and follow suit.

To me, market capitalization has not reflected fundamentals at ANY of the companies I have worked for, going all the way back to the days of Apple's grey PC clones. I have seen time and time again how the market cap of a company has been blown way out of proportion with (insert literally any other metric here) which will definitely lead to the company failing... to then only see the company succeed even further.

To me, market cap today is only a measure of the rabidity of the fan base. The market for shares is restricted to the number of shares issued. But that is almost completely divorced from the market for the product itself. But in the end, buying a share at $300 is way cheaper/easier than a $70k electric truck, so it only makes sense that people are voting with their pocketbooks at $300 a pop. (For now.)

IIRC, Tesla has still not hit the production numbers they were promising the first year for the Model S. That's what, 10 years of missing their 1st year production targets? And yet people still buy the stock. So there has to be something else the fans/investors are working from, and you nailed it in your other post: they are voting against the big car manufacturers.

Rivian is the same thing, without the repugnant Elon Musk at the helm... just a buncha young idealistic neo-hippies. Rivian is worth $102b because of this page here: https://rivian.com/our-company

That's what people want from their car company. Especially once they discover/realize/own how unpleasant Musk is.

In the end, I think we are on the same side here: market cap does not reflect the viability/value of these companies. It is measuring something else, nowadays.

I'm ok with that, and you are not.

Naaah yer not interested in math. Aptera had 4,000 orders in 2008. They couldn't get a 150m gap loan to go into production. They were also breaking even, not losing a billion a year. Ford Transits? They sell a hundred thousand a year - we agree on that. But Ford sells 4.2 million cars a year. The four largest rental companies buy about two million cars a year. 30,000 Ford Transits? Tesla just signed to sell 100,000 to Hertz. "Ford doesn't have a contract for 30k vehicles." They don't have to, they sell hundreds of thousands to Avis every year, year in, year out, wax on , wax off.

To me, market cap today is only a measure of the rabidity of the fan base.

Correct! That much foaming at the mouth is never a good sign, though. Keep in mind: Tesla is somehow worth more than all other car companies combined, and Rivian is somehow worth $20b more than Ford, even after Ford said they weren't interested in helping Rivian build trucks. Fortunately anything publicly listed is basically a stock holding company at this point so Ford's shareholders made out.

Here's the thing, though. Nobody wanted an electric car back when Chevy was making them. Nissan has had Leafs out for ten frickin' years. And you're entirely okay disregarding all of this so you can inhale the hopium. Yeah - there's something else to it: the protest vote you responded to immediately.

But you can't simultaneously argue that people are shooting these stocks to the moon because they hate cars, and also argue they're shooting them to the moon because they represent value. Rivian is worth $102b because people, including you, think it'll be worth MORE when kermudgeons like me see the error of our ways. And here's my beef: dumb shit like Rivian keeps cool shit like Aptera from happening. It's strength through marketing and it's bullshit.

An Operational Training Advisor http://www.minutefob.ca/ who serves as a broad subject matter skillful for all employees. Expedite additional individual or small group training as required.

That's even worse if that's true, because retail investors are the ones who can least afford to lose their ass. So many people went bust in the dotcom era. "Fundamentals matter" was the lesson learned, and we forgot that lesson in about 2 years, then we had the housing bubble, whose lesson lasted even less than 2 years, and which caused even more people to lose their ass. Now this. I'm no oracle, but I know how this ends.

"This is all clearly bullshit, but I won't miss an opportunity to come off wonkish, and I certainly don't want to tank our portfolios, right, boys?"

"We believe the market is pricing in extraordinarily high probabilities of success. Pets.com is the wave of the future, and everyone knows it."

In 2017, Chewy was acquired by PetSmart for $3.35 billion, which was the largest ever acquisition of an e-commerce business at the time.

Thing about Pets.com? Is it didn't make sense back before we'd beaten the proletariat down into taking 50 cents per mile and calling it freedom.

"The valuation of devaluement is trading low in the new specu-speculations space, Winston, as I've said before. Fundamentally, trading so deep into the red that one strikes black all over again is now possible, with our company."

"The question, Mortimer, is not the cost of purchasing it but the profit in reselling it."

I’m all over this, just don’t forget to dump. Yeah your faux asset might double one more time before you get out but It’s also just as likely to go to zero. Take your profit and move on to the next scam/pyramid scheme