It's been a long journey. I just published my first novel. Corona quarantine helped. 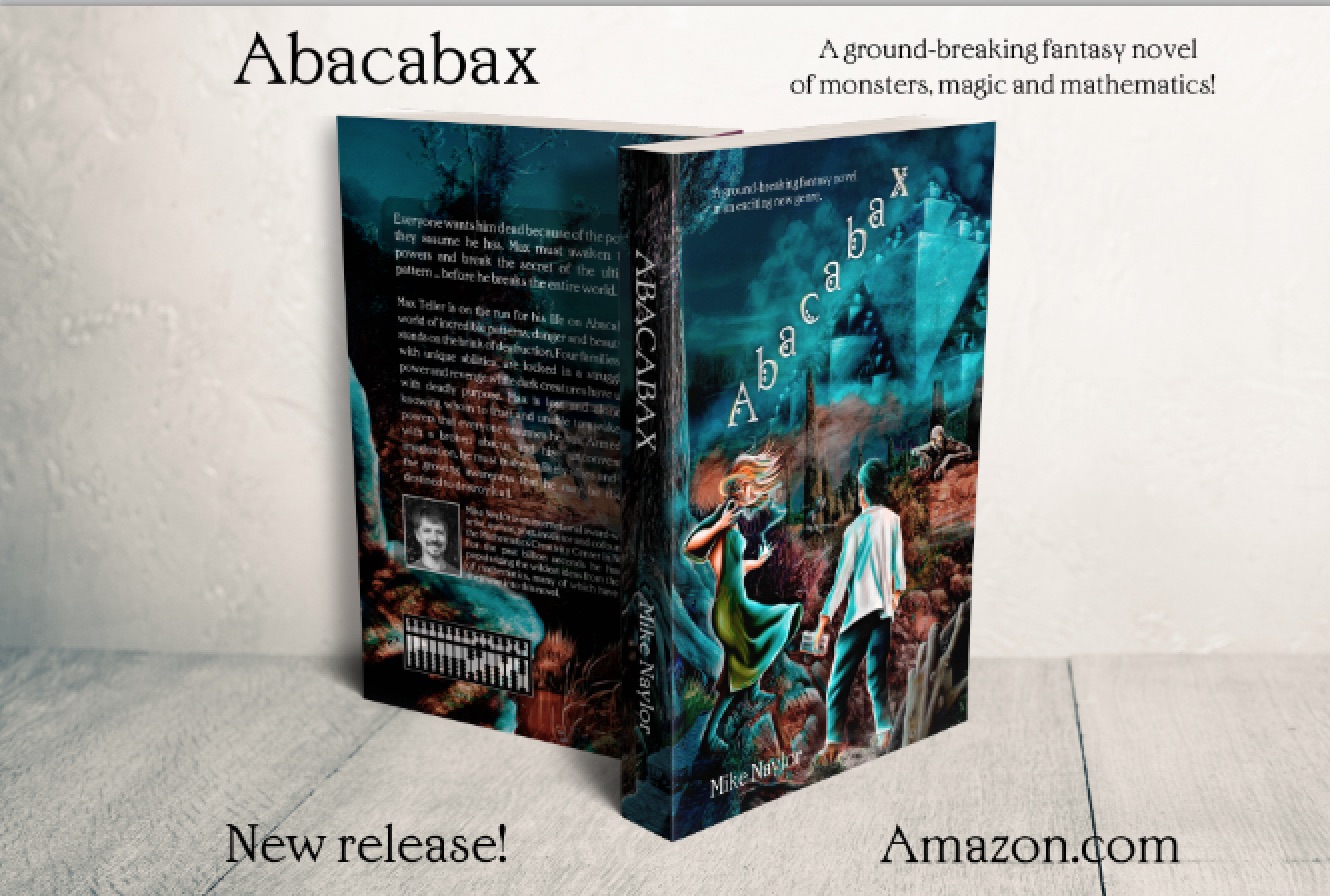 It's available on Amazon in both paperback and eBook format.

Abacabax is a book I began writing about 20 years ago. It takes place on a mathematical world where people do magic by doing different forms of calculating.

The protagonist, Max, is a young man who discovers his family was hidden away from another world just before he was born. Now his previously unknown family members want his brother to return to claim his right to start a powerful and new form of reckoning. Max ends up lost in this world, where everyone wants him dead because they think he is something he hopes he is not!

Max must quickly decide who to trust, make unlikely friends, and figure out how to use his powers and understand the ultimate pattern of the planet. At the same time, he needs to save his brother, stop a war, and somehow keep himself from destroying the world.

There's a bunch of elements that make this different, perhaps the biggest is the form of magic, called reckoning which is essentially calculating and attaching a mental image to do something. There are four families: the original people are called Dijins and reckon on their fingers. They're the lowest class and looked down upon by the other families. The second family are the Bone-Throwers who reckon on human hand bones. They haven't been seen in a generation, very little is known of them, but they are rumored to be cannibals and in hiding. The third family is the militaristic Calculists, who rule over many cities and reckon with stones and stone tablets. The fourth family is the Abacists, who use abacuses and are very powerful, but now almost extinct after a plague took most of their numbers. Each of the families has their own culture, ways of reckoning, and all are mistrustful of each other.

Two of the reckoning systems I developed myself... I think Bone-Thrower is freaking sweet. You can visit www.abacabax.com and find out some more if you're interested.

Feeling good to have this finished... and I've started the next one already.

Good catch! Not so many people would recognize one right away!

Another Easter Egg in the table of contents. I approve!

I am excited to read this, mike. Congrats again. If anyone else picks up a copy, let's discuss after our read. Onward!

I'd love to discuss. There's been a lot of thinking that went into this...

The website (www.abacabax.com ) is down it seems. Plus, firefox and Brave advise against going to the website for some certificate scare

Can you try it again ooli? I've just added an SSL certificate, maybe that did the trick?

I had the same problem as ooli and it's working fine now.

Thanks for the tip, I'll check it out. Looks ok on this side, so gotta go dig around and see what's up with that.

I have read this novel and can endorse it as a fun read, unlike anything else I've read.

Steve and mk were beta-readers, and invaluable. I am immensely grateful!

If there are any remaining typos or errors... I blame mk entirely.

Shout out to wasoxygen who not only bought the ebook but sent in more typos. Awesome!

Thanks! It was hard.