a thoughtful web.
commentspostsbadges
Good ideas and conversation. No ads, no tracking.   Login or Take a Tour!
I made scones
I made scones  ·  7
WanderingEng  ·  633 days ago

One of the things I've missed while social distancing is scones. I used to go a couple times a week to local coffee shops and get coffee and a scone. It made my mornings a little nicer.

I'm not a baker by any stretch of the imagination, and I suspect my mixing bowl and baking sheet hadn't been used in literal years. But I gave it a go!

I used this recipe from Martha Stewart with one modification: I also added dried cherries. I had read another cherry scone recipe, and cherries sounded good. So I've ended up with chocolate cherry coconut scones, and they're great. I've also been using half and half rather than heavy cream because the containers at the grocery store say "whipping cream," and I don't know if that's the same thing.

Apparently the butter consistency is important, and I watched this video to help explain how to get the butter right. 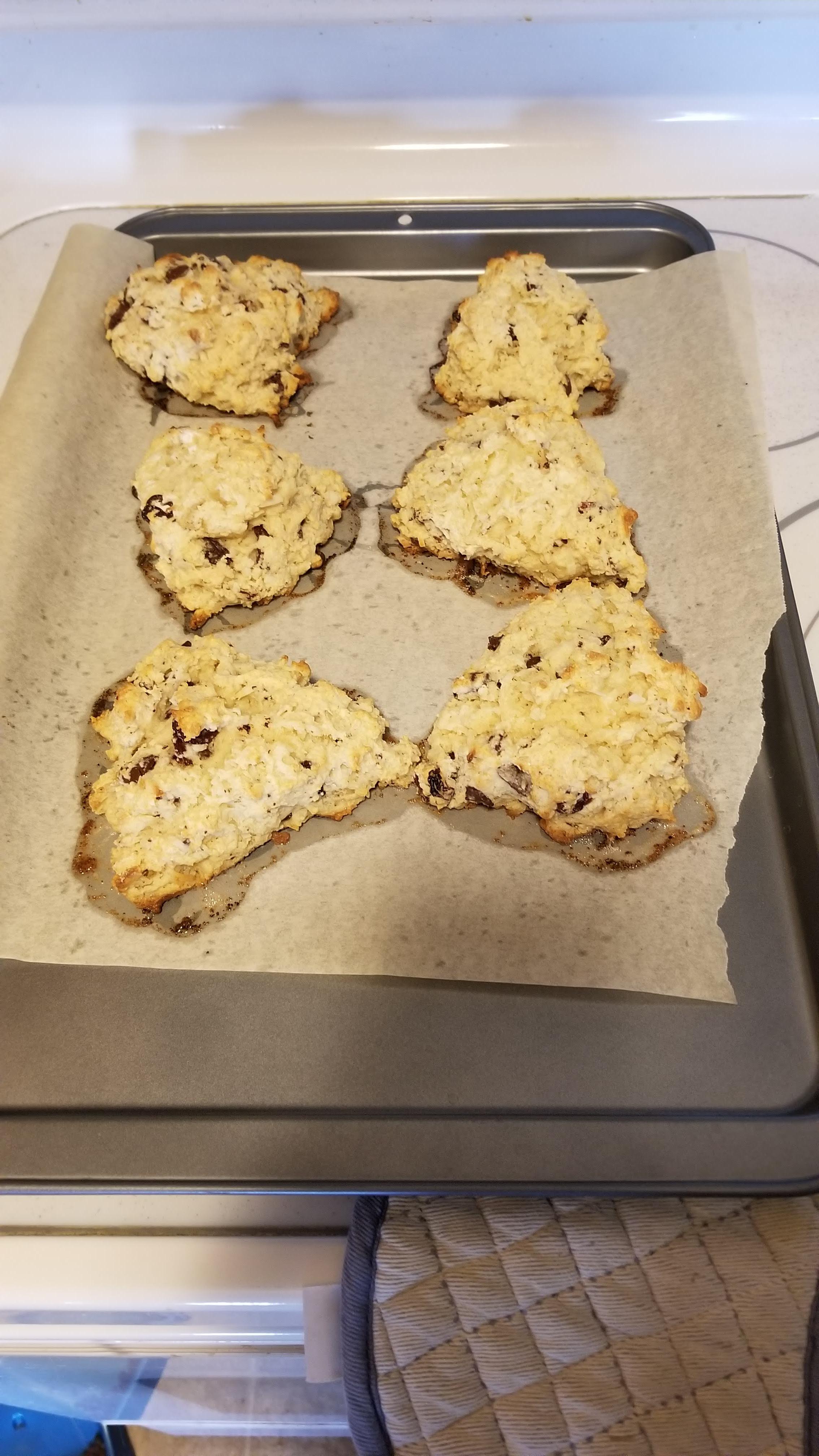 It takes me about 20 minutes to get them in the oven, so once or twice a week this takes the place of would have been my commute. Extras go in the refrigerator and, while they aren't quite as good, they're still OK two days later.

scones are bread-like enough for me! They look tasty!

A local bakery makes killer corn-cherry scones, but they're closed right now. I miss them. Maybe I'll have to give scone-baking a try soon.

also, as far as I know, heavy cream is the same as 'heavy whipping cream', but has like double the milk fats compared to half-and-half (hence the name, I think...)

Scones are basically bread - the shape and rise of those look pretty spot on! I could go for a scone.

I thought scones were called biscuits in the US.

Is biscuit a regional name for scone or are they different things?

Very similar recipes. If you made American biscuits in the UK they would probably be called scones. But scones in America are sweeter than biscuits and sometimes have dried fruit or seeds inside or sugar on top, or extra flavors.

American biscuits aren't sweet and they come in two flavors: buttermilk or butter. Sometimes people bake cheese into biscuits but that is mostly a thing at weird restaurants.

Also scones are mostly eaten with tea or coffee, and biscuits are more likely to be eaten with savory things like sausage and gravy, or at a meal in place of dinner rolls. Though a biscuit with butter and a little jam is also great with tea.

I don't think UK distinguishes, but I've also never seen savoury or unsweetened scones. There isn't heaps of sugar but they've always had some sugar so guess it's closer to US scones.

To add on to the other comment, one of the major differences in the process is a proper scone requires "rubbing" the butter into the flour, whereas in a biscuit you cut the butter in with a pastry cutter. This is what gives the textural difference, where a scone is crumbly and a biscuit is flaky. Most bakeries in the states don't want to invest the time in making good scones, so the just make muffins in a slightly different shape and call them scones. Trash.