I woke up at 4:30 Saturday morning prepared to do the hardest thing I've ever attempted.

It did not go as planned. 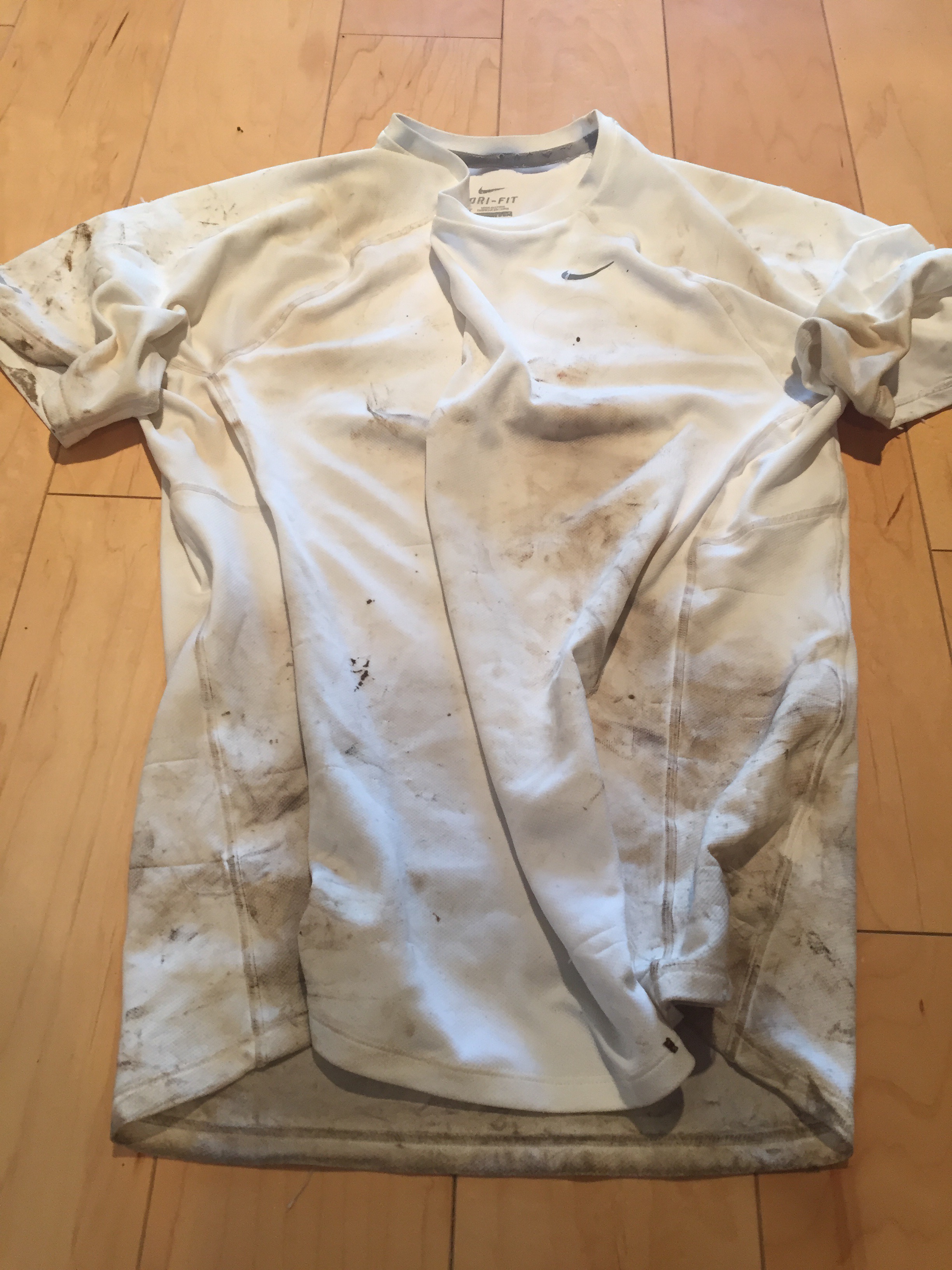 Ps I picked up fall running again this week, quite in line with my ush. I do better at it ever year though methinks

So fucking cool man. Congrats on the effort.

Thanks, man. Love you!

Ahahaha, love you too

I didn’t mention my doubts that a group would have outthunk a sign, figuring this was all part of the Barkley mystique.

At what point did you think something wasn't right with the directions? How familiar were you with the route heading into the race, especially having ran it the last two years? Do you agree with the four mistakes listed by Laz in that Facebook post?

The point where I got off track came early in the day in previous years, so I was probably playing follow-the-leader and not paying close attention. Someone asked me if things looked familiar, and I didn't remember seeing so many yellow daisies at the side of the trail, but said I didn't know. You can see a lot of stuff in a day; it's hard to know what you didn't see!

The four points Laz makes are sound, but fairly basic. #2 might have helped me, if it made me appreciate the risk of getting lost so I did more planning

1) Look at the map and familiarize yourself with the route of the course.

Obviously good advice. I used my map more the first year. Being "familiar" isn't enough, though, I should have made an expectation of when I would get to the next waypoint, so I would know when I should start worrying about being off course.

2) Know where you are going, and do not just blindly follow the runner in front of you.

Yeah, yeah, this is pretty basic. But the runners in front of me all stopped at the wrong turn, and I also made an effort to figure out where we were on the map. I was actually more confident than the group seemed to be about going the wrong way, and I am glad I didn't vocalize my thoughts. The "spur" Laz describes does not sound quite like the way we went, which I remember as being nearly straight ahead and similar jeep road. Though we did descend, and the correct left turn went up an incline.

Some advice is only good in retrospect. If you stopped to think every time five minutes passed without a course marker, you would never get anywhere. This course is known for providing limited guidance and promoting self-reliance. Laz describes an "excited" runner who went off course "in a big hurry," and so didn't have the doubt trigger. Better to prepare by thinking ahead of where things are likely to go wrong. I was feeling good and thought that injury, bees, or exhaustion would be my most likely failure modes. Navigation wasn't on my mind as a risk factor, despite knowing that people always get lost.

Michael Wardian, the seven marathons on seven continents in seven days guy, basically got lost right away at the real Barkley.

4) When you find yourself off course, return to the last place you knew you were on course.

I guess the lesson is compete close to home

That was rough seeing them do a U-turn. Lucky break for the local guy, though.

The Chicago Marathon winner was the first U.S.-born winner since 1982.

During the New York City Marathon race in November, he recovered from a wrong turn seven-tenths of a mile before the finish that put him 40 yards behind his countryman Benjamín Paredes. He ran a 5:15 final mile, including the detour, to beat Paredes by two seconds with a time of 2:11:21.[6] The incident earned him the nickname "Wrong-Way Silva".

Corrigan claimed to have noticed his "error" after flying for about 26 hours. This is not entirely consistent with his claim that after 10 hours, he felt his feet go cold; the cockpit floor was awash with gasoline leaking from the unrepaired tank. He used a screwdriver to punch a hole through the cockpit floor so that the fuel would drain away on the side opposite the hot exhaust pipe, reducing the risk of a midair explosion. Had he been truly unaware he was over ocean, it seems likely he would have descended at this point; instead, he claimed to have increased the engine speed by almost 20% in the hope of decreasing his flight time.

He landed at Baldonnel Aerodrome, County Dublin, on July 18, after a 28-hour, 13-minute flight. His provisions had been just two chocolate bars, two boxes of fig bars, and 25 US gal (94.64 L) of water.

one could safely assume that if he lied about everything else, he also lied about the MREs he threw into the atlantic before landing

Mud holes on mountains baffle me, too. Why doesn't the water just run down hill?