mivasairski and I were in Niagara Falls recently. I wanted to throw some money away at the casino.

This is the story I told him:

Earlier this century, I was involved with a man who had been a stand-up comic. I've written about him before. He was experiencing a period of emotional distress and had become unrecognizable. It was no longer funny. Nothing was.

His moods were so volatile that his mother had thrown him out and his brother who also lived with them had asked for a restraining order. He moved in with a friend. His mother had worked checking coats at a nearby casino. People tipped her in slot machine tokens. Back then, the Ontario casinos used tokens. You traded your cash for tokens and then cashed out when you were done.

She brought the tokens home and put them in a large pickle jar for the mostly unemployed comic.

He had a plan to slip into the house and grab the jar of tokens and take them to the casino to try and win something. He wanted me to take him to the casino - a 20-minute drive away.

I was willing to help, so we picked up the jar of tokens and were heading down the highway. He was full of rage and some of it was spilling out onto me. Then he started criticizing my daughter and telling me what a lousy mother I was. I pulled over and said this: "Look, I'm willing to help you, but SHUT THE FUCK UP or get out of the car now."

He shut up. The rest of the ride was tense.

I had never been to a casino before. We parked and got past the bouncers at the door. It was packed with people seriously losing their money in order to push a button or pull a lever. There was a Disneyworld feel to the place, but without the rides.

"Here, let me try," I said, grabbing a 25 cent token from the jar. I stuck it in a slot machine and pulled the lever. An emergency bell started clanging. Lights were flashing on and off.

"What's happening? Did I break it?"

Small buckets were nearby. Tokens began spitting out . We filled bucket after bucket as 800 25-cent tokens poured out.

I had won on my first quarter.

"That's how I felt when I met you," said mivasairski. "My first and only response to an ad on a dating website, and I hit the jackpot."

I can't vouch for the rest of the story, but that last line is God's honest truth.

I must meet you someday.

The internet says the center of North America is Rugby, North Dakota, making it the obvious location for a mass meet up. There's a municipal airport and an Amtrak station.

Tell that to my fracking cousins.

Pillaging the shallow crust of the earth has bought a few of them houses.

I google mapped it. One of the images kinda spoke to me in an "Americana" sort of way. 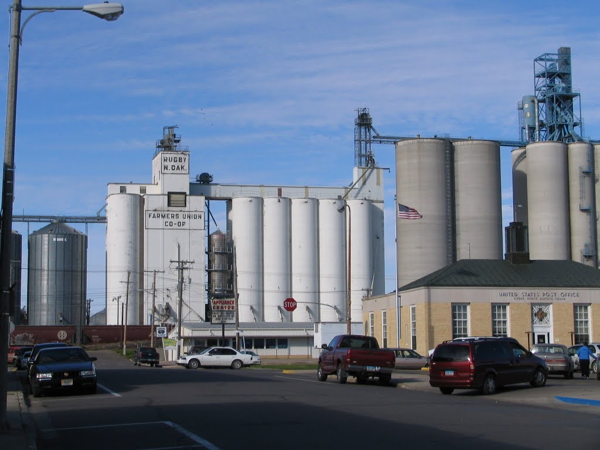 I had never been to a casino before.

"That's how I felt when I met you," said mivasairski. "My first and only response on a dating website, and I hit the jackpot."

Truth: I have never even been in a casino. I have only bought lotto tickets twice.

You gamble in so many other ways, daily.

I figure gambling is one of those things where, if you haven't tried it, you probably don't "get" it. But once you try it a few times, who knows - you might find you really like it! You might find you enjoy it a lot!

When I pause to consider that my relationship with alcohol was once much as my current relationship with gambling, it is easy and painless to conclude that I am content to leave gambling in the category of "things I haven't tried much and don't get" instead of trying it until I "get" it. I believe it may be very fun. I believe cocaine may also be very fun. It is better for me personally not to check and find out.