This time with more lasers and more wood! I had a great morning where one of the volunteers at the local makerspace explained how I could get my Hubski Illustrator drawing into something, I dare say, gorgeous: 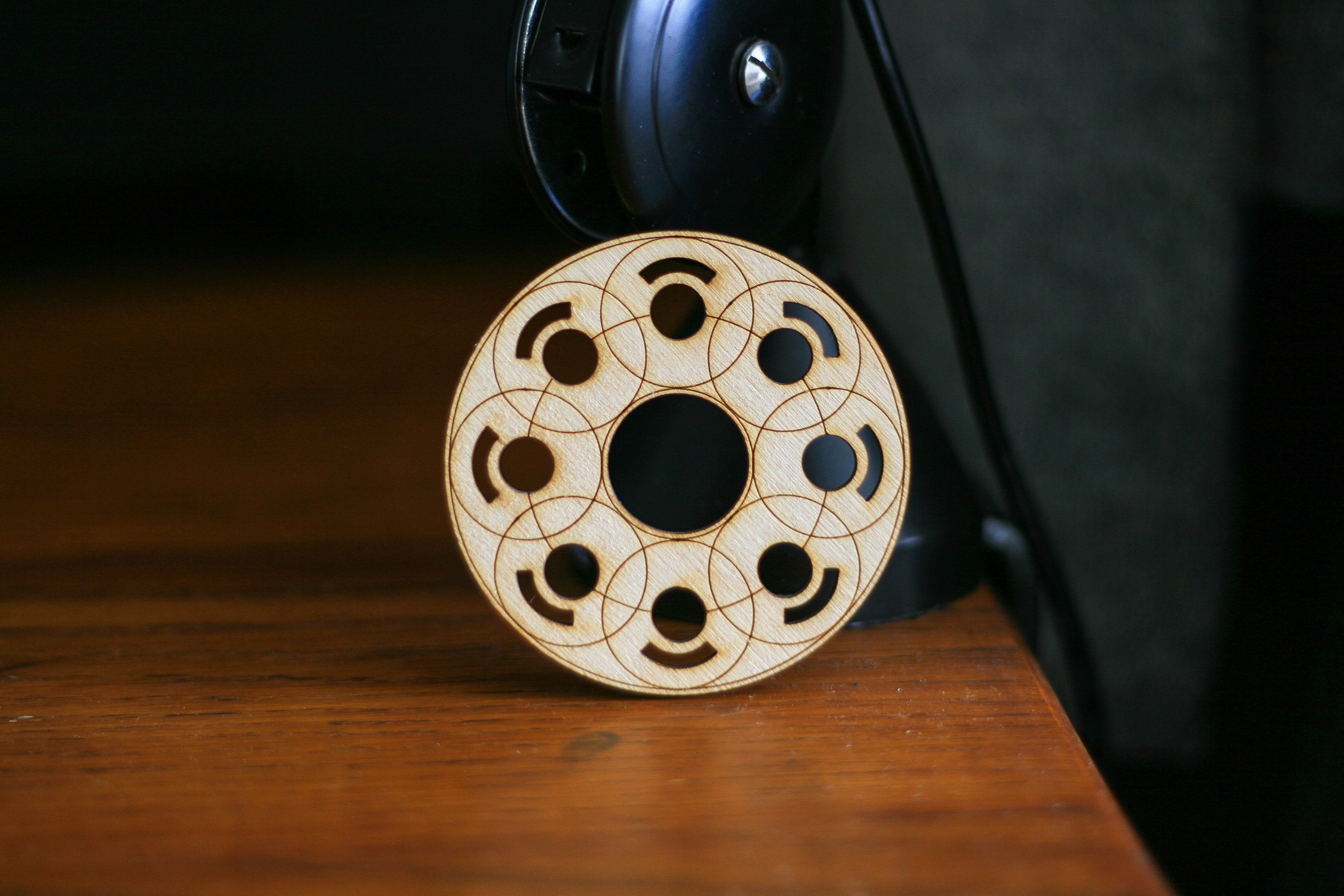 The process itself was a bit clunky - the lasercutter is an unintuitive Chinese import with a crappy Windows XP laptop to control it - but man, is it ever satisfying to watch once it's all set up.

I tried making 6 wheels. Two of them ended up not cutting right because of mistakes, but the other four turned out very neatly. As they say in Dutch, wherever one chops one will find splinters. 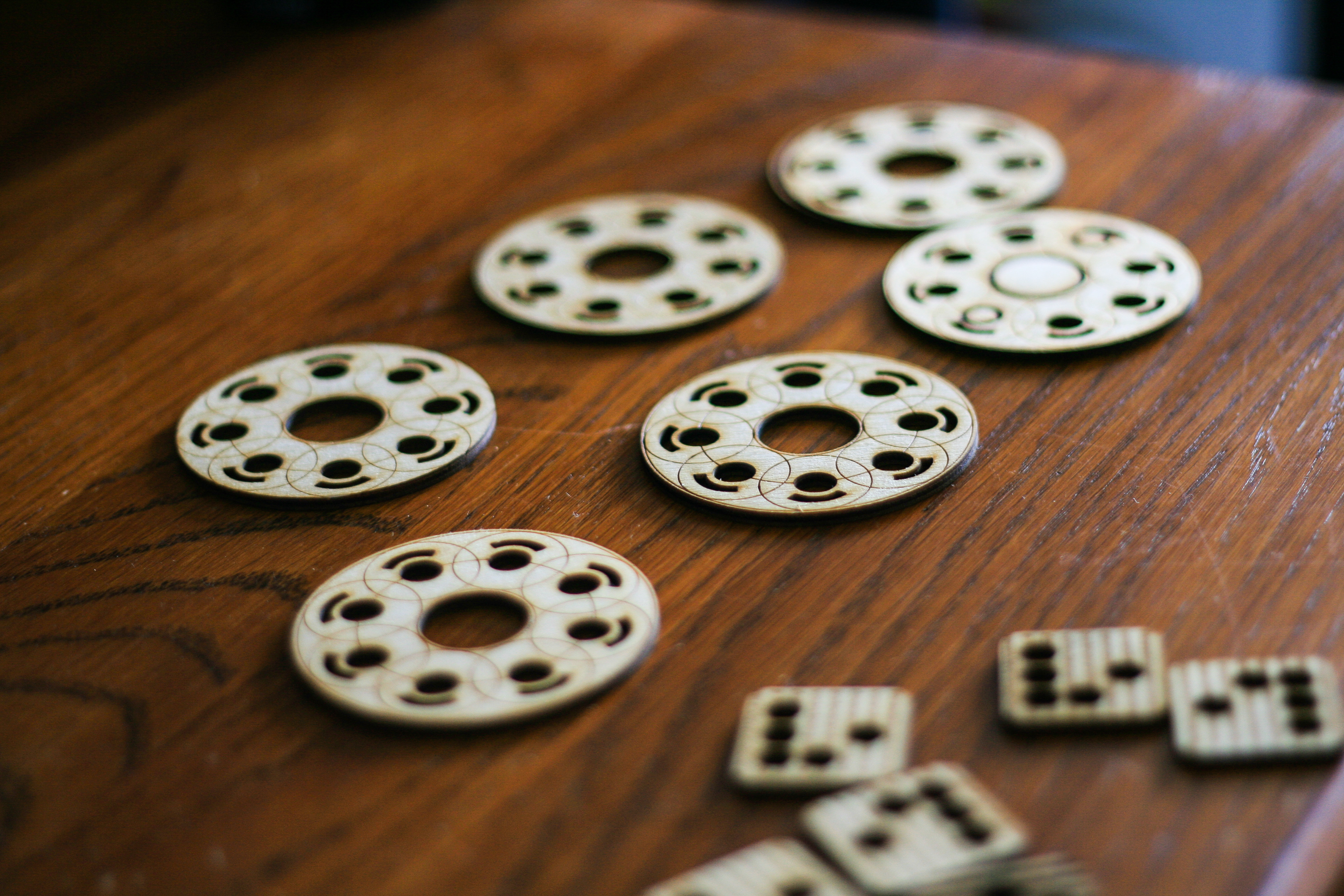 BUT WAIT, WHAT'S THAT IN THE CORNER? I also made Forever Labs cutouts! Hope you don't mind me breaching copyright stuffs. They're about the size of a poker chip. I made five, where can I send them to? mk thenewgreen b_b 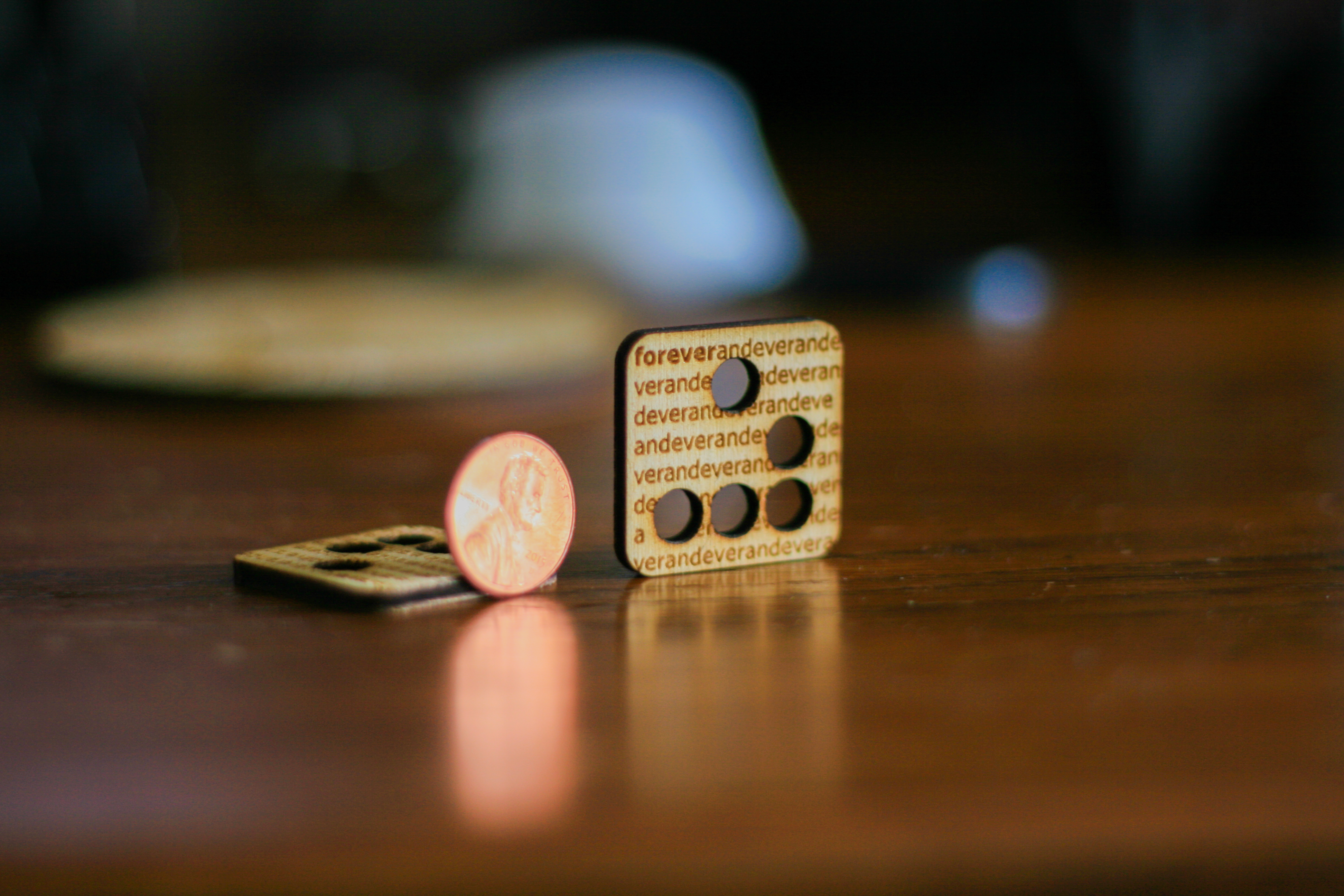 There is one more thing in the background there...but that's for another day.

Yep, realtime! Engraving the Forever text went twice as fast. It's quite a nice thing. :)

...they kinda look like they need to be on the ends of Gatling guns.

This is really great.

Dunno what for, but want.

that last picture reminds me either of 'what if the things right in front of you became a poem' or maybe one of thenewgreen's posts about photography. can't quite remember