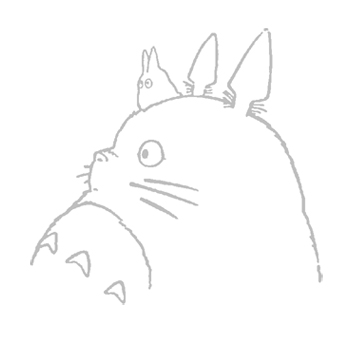 I'm currently a student studying Film and Media Arts, with the goal of entering the animation or video game industry someday.

What I'm most worried about is the fabric of our society, not necessarily what policies the Grand Wizard in Chief ends up putting in place. Truth no longer matters. How the hell can we debate and have a contest of ideas when no one can agree on the same set of facts?

There are going to be some huge cultural shifts in the next few years. I take comfort in the fact that conservatives and chosen to side with the uneducated, culturally backwards population of our country. It is not a coincidence that the more educated you become, the more you are exposed to other ideas and cultures (read: if you live in a city), the more liberal your thinking becomes. You cannot win if you pride yourself on anti-intellectualism.

Really into Kero Kero Bonito at the moment. Great pop. Think if a J-pop group got started in London.

I share your outrage at the fact this racist, misogynist pig will now be POTUS. I canvassed for Clinton; I was totally, 100% behind her. But I also don't think we can just get rid of racism and nationalism by extension. That is a slow process that requires re-education over generations, and in the meantime I think there are common ideas both Trump voters and Sanders voters share: anti-establishment, anti-elite, pro-working-poor. We should harness the anger and vitriol of the Trump coalition for our own ends.

I don't think the targets of racism had any illusions that racism wasn't still alive and well in America before the election. I think the people who thought like that were people like me: white liberals.

Trump isn't going to stop immigration. Even illegal immigration. He builds a wall, they'll dig tunnels; you've heard it before.

The white electorate is shrinking. Trump's coalition is unsustainable. When these people realize that coal jobs are NEVER going to come back (solar is getting too cheap and the benefits to consumers over coal is too obvious), they'll have second thoughts. Automation, fueled by AI, will become ubiquitous, and soon the only jobs left will be tech jobs, creative jobs, managerial jobs, etc. The manual labor jobs that white rural America reveres are dead. Their way of life is not just dying, it has been terminally ill since the start of the 21st century.

People can only sustain active hatred for so long, it will soon fade away into apathy and acceptance.

It is up to the Democrats to reorganize under Bernie Sanders' leadership. They need to bring these people, with all their warts, into the fold. If we can create new jobs with new technologies, we can stave off the worst of the coming automation revolution. But eventually we will need to shift the paradigm of how we think about jobs, labor, and what is necessary for a society to function.

I thought the website was really interesting. I do think there is room for a positive view of white identity, but obviously that has been poisoned by too many groups.

At this point I feel pretty resigned to at least the possibility Trump could win. It truly would be a wake up call, although for the worse. I want Clinton to win, I have canvased for her, but the fact remains that this is a divided society and we don't respect differing opinions. I want to talk to conservatives and assume good will and I want my representatives to compromise with them. I want functional politics, and I hate how polarized our media has become.

Noam Chomsky: "Why are we failing to organize these people?"
user-inactivated11
kleinbl00
alternet.org  ·  #thehumancondition
Years You Have Left to Live, Probably
bioemerl2
mk
flowingdata.com  ·  #life  ·  #death
low_ho_fosho  ·  2733 days ago  ·  link  ·    ·  parent  ·  post: The World Is a Beautiful Place & I Am No Longer Afraid to Die - Heartbeat In The Brain

I love this band! I'm almost burned out on this album from playing it so much...

The World Is a Beautiful Place & I Am No Longer Afraid to Die - Heartbeat In The Brain
Killerhurtz5
ButterflyEffect
video  ·  #music  ·  #thebfxplaylist  ·  #twiabp
I am back.
ButterflyEffect17
mk  ·
image  ·  #tellhubski  ·  #decadeski
These are the worlds we have images of that are not planets
user-inactivated5
user-inactivated
planetary.org  ·  #space  ·  #pluto
low_ho_fosho  ·  2749 days ago  ·  link  ·    ·  parent  ·  post: How do you motivate yourself? What motivates you?

I only ever feel motivated if I am doing something I enjoy. Things like work or school are ordeals for the most part, but occasionally something comes along that I really care about and suddenly I find a huge amount of energy to follow through and do my best work. I wish I could have that energy for everything I do, but most of the time it feels way out of my control.

You make your own meaning. Sure, we're all just chemical reactions that probably happened by accident, nobody exists on purpose, nobody belongs anywhere, everybody’s gonna die, and we should probably just go watch TV, but that doesn't sound very fun. Just be alive, make yourself happy (making others happy is a big part of this, morality is a chemical reaction too) and spike it when you reach the end zone.

Uncle Bob has created a new article: Why hasn't Obama shown us his birth certificate?

That's a really neat idea though. You're right that every social network service seems to clear old content out of the way, never to be seen again. It would be cool to have a network where everything stayed in one place.