I've been thinking about this comment for a while. From my perspective, Hubski has become a lot more polite than it used to be. "I disagree with you, and you're dumb for thinking this way" is an appropriate response when your counterpart is espousing ideas that are demonstrably wrong.

But then, I've been having online debates since before you were born. My first "internet" experience was using an acoustic coupler to dial into the University of Colorado to play a MUD on a terminal whose only output was a daisywheel printer. I missed being OG "eternal September" by a year. And what I've noticed over the past ten years (but not the past twenty, and not the past 25) is the retreat of anyone over 30. It didn't used to be this way. It started when GenZ hit college.

Because here's the thing: you can be wrong. People are wrong all the time. And when they're wrong, and they're asking questions as to whether they're right, they need to be told they're wrong. When they're holding opinions that you judge to be harmful and toxic, they need to be told they're wrong in such a way that the toxicity is front-and-center. This has been accepted social conversational doctrine my entire life; it was the basis of every single-camera and multi-camera sitcom going back to I Love Lucy. It's the core of Nancy Reagan's Just Say No. It's the basis of Dennis Leary's career.

But a funny thing happened about 2010, 2011. Conversations on the internet started demanding that both sides are always right, and that if one side has absolutely all the facts, they still need to politely assert that they don't have all the facts lest the other side stop listening because their feelings are hurt.

I didn't really grasp why until I'd been back to college, until I'd seen my kid start school, until I had reason to explore the pedagogy of education in these United States and what I discovered is that a doctrine of exploration and self-education has, in most school districts, become an insistence that no one is ever wrong. Whatever ideas you may have, they automatically have merit through the simple act of holding them and if those ideas are to be discounted, they must be discounted by the holder, on the holder's terms, for reasons that are valid only to the holder.

For my part, I came to Hollywood in 2007 and was immediately sheep-dipped into a culture where the people who are wrong are wrong immediately, they are wrong incontrovertibly and the sooner we can get things right the less money we lose because there are 28 people and millions of dollars of gear waiting on your mistake. You can get over your butt-hurt later because we've got shit to do. Your assessment of the world is not the core issue here, it's the broader context and your place in it is entirely optional because there's a long line of people behind you who will do your job without getting wrapped up in whether or not you were right to have your feelings hurt. Likewise, my wife's profession involves life safety and regular discussions with emergency rooms and aid cars. She is surrounded by students who have opinions, who have their knowledge, who have their confidence, and are not going to be walked through whether or not an iron level of 18 should go to the ER "in their opinion" because somebody could die and somebody else has the expertise to answer the question.

And you can't fight the tape. The world is definitely heading towards safe spaces where we never confront each other over our racism or ageism or anything else because that's not the sort of shit you do face-to-face and person-to-person, you see, if you want to strike a blow for social justice you do it by ratioing Twitter threads. You do it by regramming. You do it through in-jokes and memes that Vice will wring their hands over obliquely. Actually telling someone they're wrong? In a conversation? Perish the thought.

So those of us who remember? Those of us who know? We're left with a choice - figure out how to tell you that you're wrong in such a way that your feelings aren't hurt... or find something better to do.

One of the things that bugged the shit out of me when I was your age was people who said "when I was your age." What bugged me more was people who would say "you'll understand when you're older." It's intellectually lazy. It's an appeal to authority based on nothing more than hang time. It's "respect your elders" without any underpinning justification. But it's also a cry for help - it's a statement that "I don't know why you're wrong, but you're wrong, fucking listen to me because I've been around the sun a couple dozen more times than you have and that ought to count for something."

I maintained then and I maintain now that an idea needs to stand on its own, regardless of who puts it forth. What I've learned by growing gray hairs, however, is that it's an instinct borne of the knowledge that simply being ass-in-seat for longer will teach you something, even if you can't elucidate it, even if you can't share it, even if you can't describe it. "Respect your elders" is ultimately based on the same sentiment as Neils Bohr's quote "an expert is someone who has made every mistake there is to make in a narrow field." You might not be able to explain why your opinion is right and their opinion is wrong based solely on the fact that they're half your age, but prejudicially speaking, at least, you've had longer to change your mind.

A lot of people don't have the patience to constantly reframe an argument in their opponent's terms. "You're right, but also impolite about it" has become the most common refrain I've seen over the past ten years whereas the 20 years before that were full of "you're full of shit, let me count the ways, asshole." I'll take the profanity, thanks; it doesn't immediately shift the conversation to whether or not the information was presented in the proper tone of voice.

Most people? Given the choice between having a conversation at a tenor that satisfies the other person no matter how wrong they are or silence? They'll pick silence. And that's how a whole new generation of kids are growing up with the idea that unions are useless, that public school doesn't matter, that feminism is irrelevant, that you're entitled to believe measles is better than measles vaccines. Because those of us who can argue the opposite have given up the effort of explaining it to you because you reject that there can be one right answer. Have given up on defending our certainty of knowledge because we've had this fight since you were born. Have given up on educating the youth because the youth don't want to be educated, they want to be patronized.

But then, I've been having online debates since before you were born. My first "internet" experience was using an acoustic coupler to dial into the University of Colorado to play a MUD on a terminal whose only output was a daisywheel printer. I missed being OG "eternal September" by a year. And what I've noticed over the past ten years (but not the past twenty, and not the past 25) is the retreat of anyone over 30. It didn't used to be this way. It started when GenZ hit college.

So those of us who remember? Those of us who know? We're left with a choice - figure out how to tell you that you're wrong in such a way that your feelings aren't hurt... or find something better to do.

Thank you for putting into words what I have been going through personally in regards to the internet over the last at least 5-6 years. Funny, now that you mention it, where are all the old farts on the internet? Where did they go? How is it that a whole class of people can just stop interacting and nobody noticed? Suddenly, I don't feel like the grumpy old codger of an asshole I have been dealing with as I walk away from the toxic swirling drain of garbage that is the Internet. Nothing in the online space is really worth the bullshit any more and I have better stuff to do that is actually worth spending my time on.

Your words have helped me and for that I will be eternally grateful. Be well. 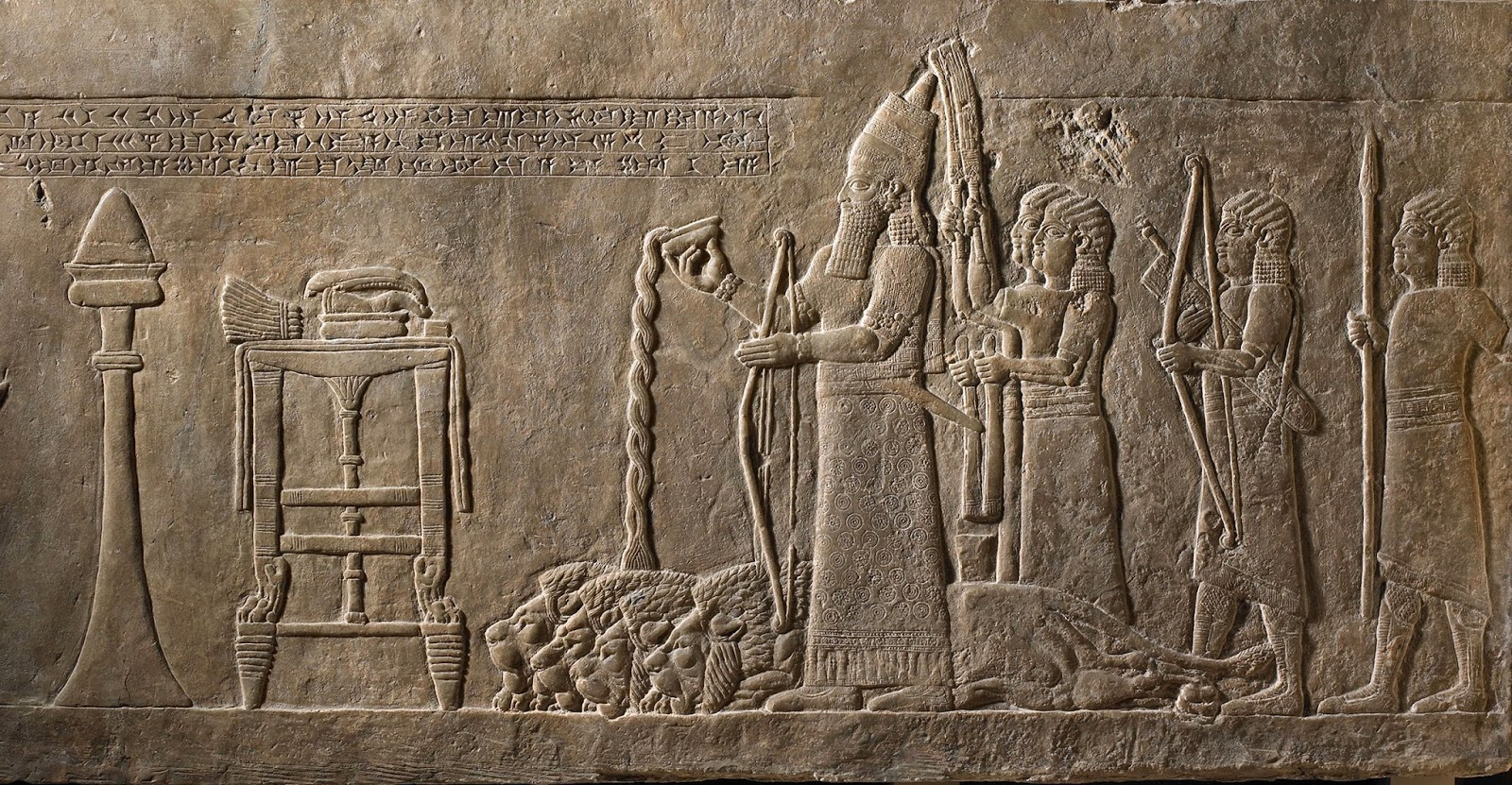 I can't stop you from leaving Frank, but I just wanted to say as a fucking dumb-as-shit young person that your words have greatly improved my life and the lives of hundreds of others. I probably can't offer you much consolation but I promise I'll keep skewering the libertarians until either the private police force knocks down my door or 85% of this site blocks me, whichever one comes first. The last thing any of us want is labour economics to be declared the winner.

At the end of the day, it does nobody any favours for large segments of humanity to stop interacting with one another. Young people are just like any other demographic. Some of them are cool, and some of them aren't. And one day they're going to be old too.

Miss you, just so you know.

Hope you are well, wherever you are, if you ever read this.

This sums up pretty exactly what growing up in a fundamentalist conservative christian household is like. There are things you just don't question and if you even try, the resulting discussion is so bad-faith and full of rabbit holes that you might as well not even bother. Unless you can find someone your parents already think speaks the gospel truth, you'll never convince them of anything, and even if you do the odds are that they'll denounce that person too.

I'm trying to learn how to speak more confidently and y'all (and especially KB) have definitely helped me see how that can look. (Although I don't think the bombast-and-cursing style will ever quite work for me!)