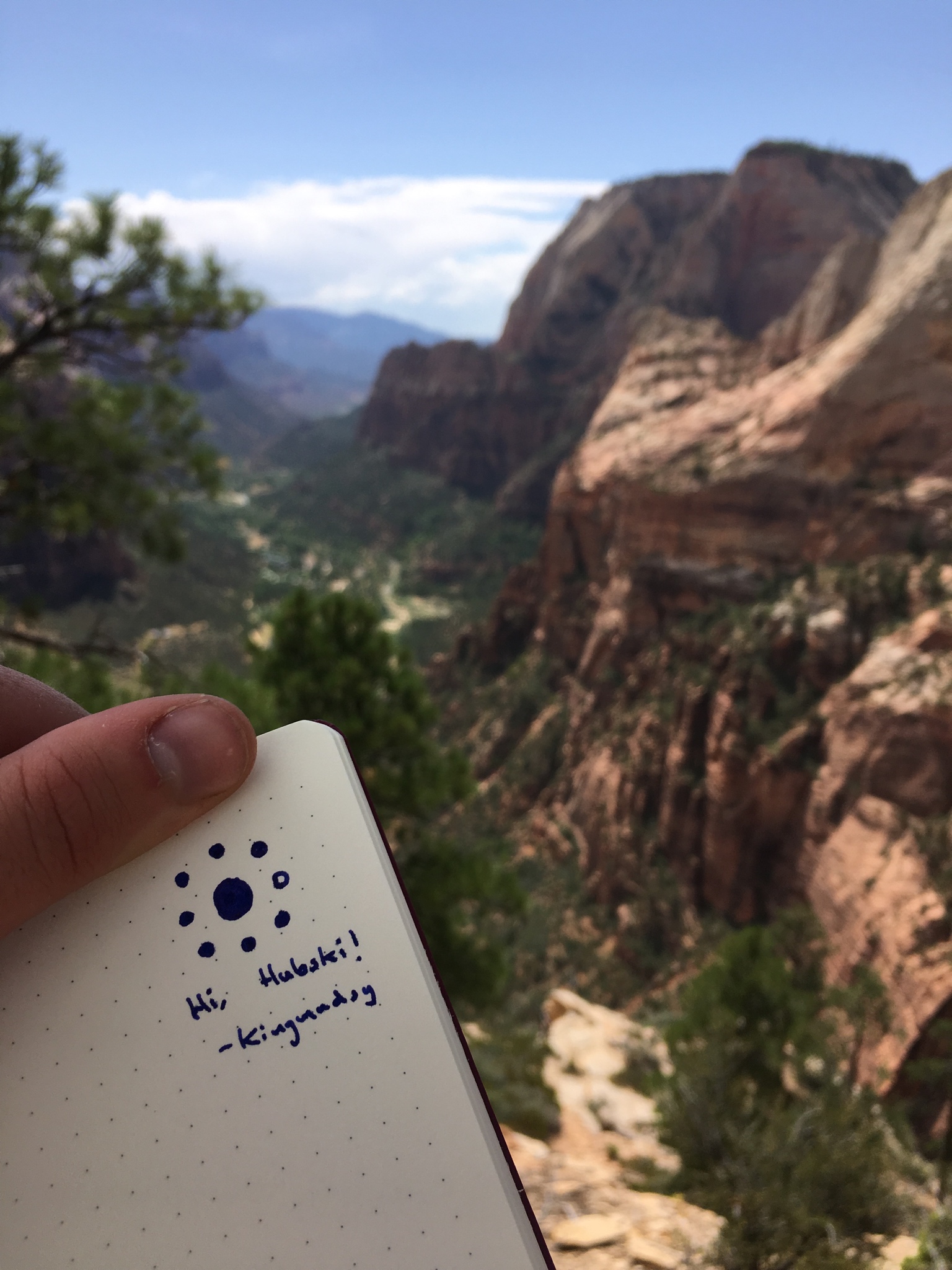 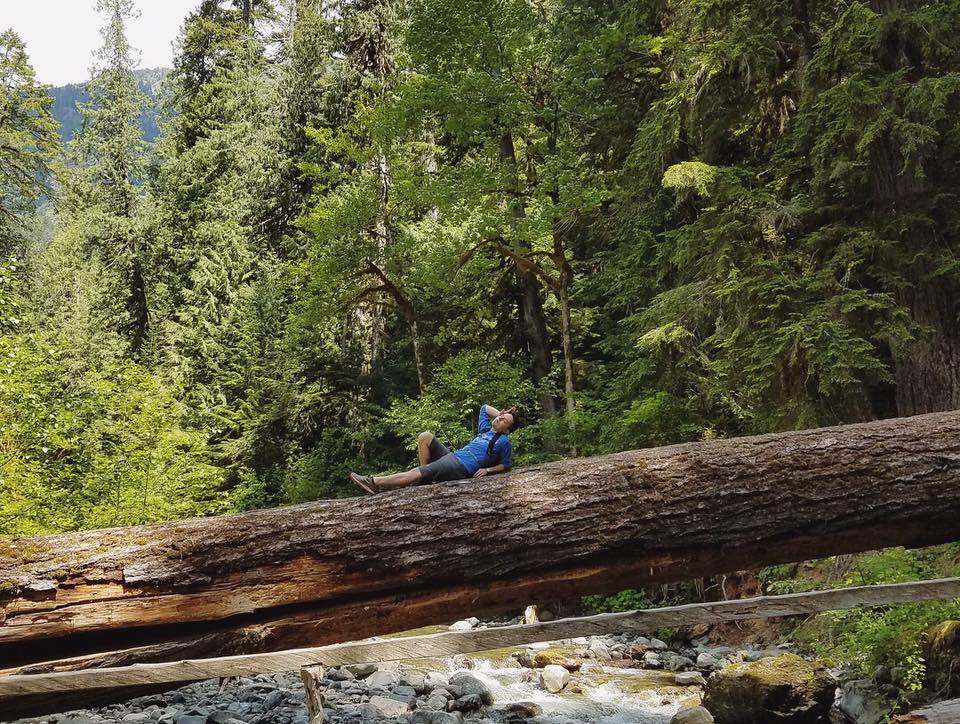 Let everything happen to you

No feeling is final.

Staring down the barrel of a 3.5 project handoff meeting. I feel nothing in particular. I think nothing insightful. I am a receptacle for the edge-cases of small Midwestern businesses. I am, most importantly, a series of neural pathways that conveniently remember how to provision Azure resources

I've got two weeks of PTO starting on Monday, and my plans begin with staring at the ceiling until I feel something...and idk, probably kayaking or something?

Make a pair of insanely cumbersome goggles and tell people it's your "Tall Suit" when they ask!

Alternatively, the periscopes could be sideways and you can tell people you "Wanted to see through the eyes of a noble praying mantis"

My sister's been going through this a bit. She's studying for the MCAT right now, and her scores on practice exams dropped a bit after COVID-19 and haven't recovered as quickly as she wants. She also feels that persistent brain fog, and says it's harder for her to find the words she wants.

I'd effectively be a lead dev on like 30 student projects simultaneously. It sounds stressful, but I also know they aren't doing anything technologically groundbreaking and it could be a really useful accelerator to pick up some skills I want to lay claim to in the future. I'd also get to deliver lectures and spend my free time picking up new technologies (essentially fucking around w/ side projects so that I can be a better resource for students). The role seems really flexible, and I'd get to use my natural soft-skill talents more than I do in my current in-the-trenches dev job. So...Probably? I think so!

Plus, I'd get to say I was the assistant director of an entire school on my resume. Kinda nifty.

Thanks guys. We're still in the salary negotiating phase, and I know they're desperate to hire before school kicks off in about a month. I'm going to see if I can leverage that for a bit more pay (my current salary isn't far outside of their range), but ultimately I'll plan on accepting the position. I'll keep y'all updated and let you know how it goes!

Keeping it abstract, but I was recently offered a job that I am SUPER, SUPER unqualified for. It's a pay cut, I'm likely too young for the role, it'll mean sticking to my home town for the next few years, and it'll probably be stressful for the first few months...

...BUT it would make me faculty at the university honor's program I graduated from two (ish) years ago, meaning I could go to grad school for free. 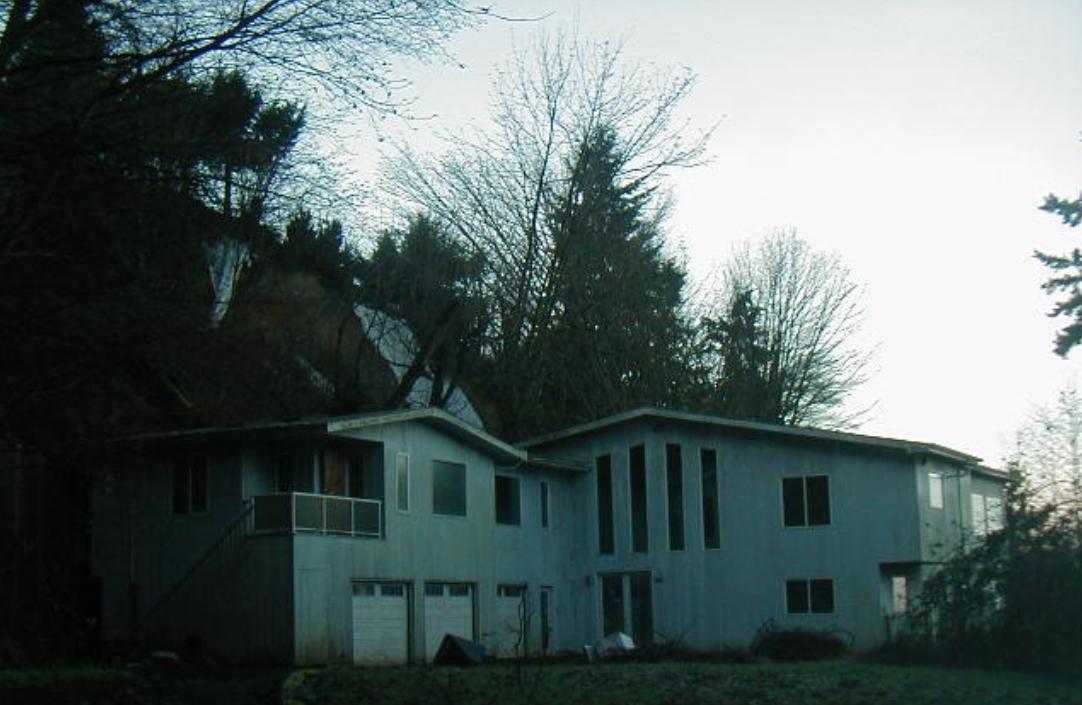 This house looks like its basement has a second secret basement with dirt floors and missing children.

This house looks like the original owner's mutant son, Cyrus, has been living here eating rats to survive for 25 years after murdering his family.

This house looks like where the girl from the grudge spent her semester abroad.

This house looks like it gained sentience after the groundskeeper had his still-beating heart interred into the foundation during a satanic ritual.

This house looks like a careful scientific analysis would reveal the drywall to be made of powdered human bones and the popcorn ceilings made of mysteriously preserved ground meat of dubious origins.

If someone gave me an unlimited budget and six months, I still don't think I could make a house look this murdery.

I've been into some chill, slower indie stuff recently:

I've also been trying to force myself to cheer up with some more upbeat tunes:

Basically, I want someone to look at my 'Most Listened' on Spotify and assume that I eat cigarettes for snacks

Knew nothing about these attacks, but the wikipedia page has really sucked me in. I'm halfway done reading it, but I'm thinking that this guy seems like every other moron who's ever decided that their lives would be improved by killing hundreds of other people publicly and in rapid succession.

Breivik spent six days in Prague in late August and early September 2010. Following his Internet inquiry, Breivik noted that "Prague is known for maybe being the most important transit site point for illicit drugs and weapons in Europe". Despite the fact that Prague has one of the lowest crime rates among European capitals, Breivik expressed reservations about his personal safety, writing that (before his trip there) he believed Prague to be a dangerous place with "many brutal and cynical criminals".

Contrary to his expectations, he was unable to get any firearms in the Czech Republic, commenting that it was the "first major setback in [his] operation". In the end, he concluded that Prague was "far from an ideal city to buy guns", nothing like "what the BBC reported", and that he had felt "safer in Prague than in Oslo"

What a miserable fucking idiot

The universe really saw you being smug and decided to fuck with you a bit, huh? Probably best to check your fluid levels later, but at least splash shield replacements are cheap (and, as you learned, pretty helpful!).

Realized that I went completely silent on here when the pandemic was at its spiciest. Rest assured, COVID-19 didn't get me! Almost everyone dealt with mental health difficulties during lockdown, myself included.

I missed everyone! I'm going to be lurking a bit, but I hope I have a chance to catch up with you guys. Hope everyone's been taking care!