I recently revived my Tamiya Frog, and have been driving it with my daughter, who recently got a Grasshopper (my Frog up top): 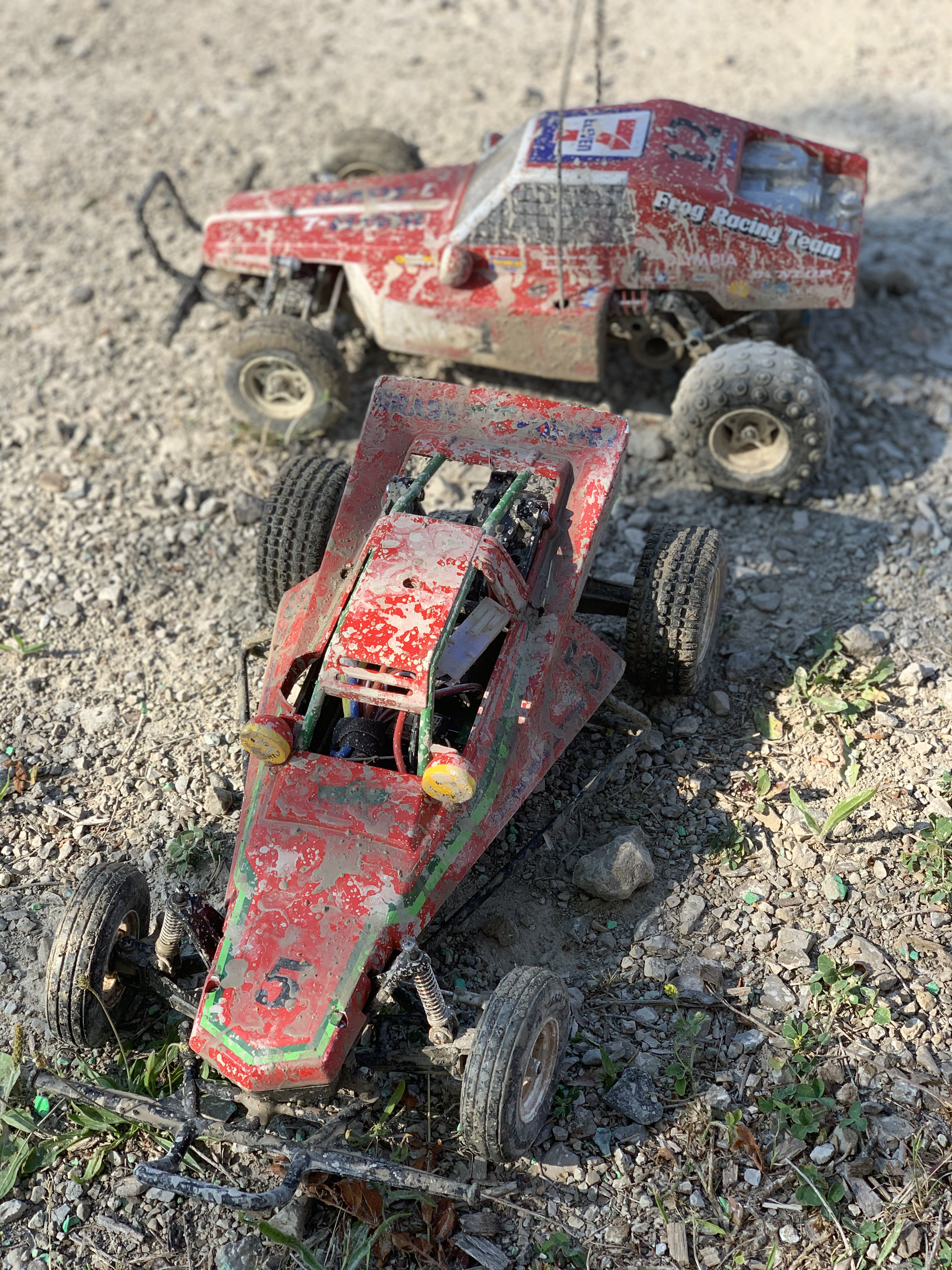 My quest is to build a performant 2WD buggy that looks good, relying heavily upon the parts I have. My goal is to have something that looks like a late 70’s Funco buggy: 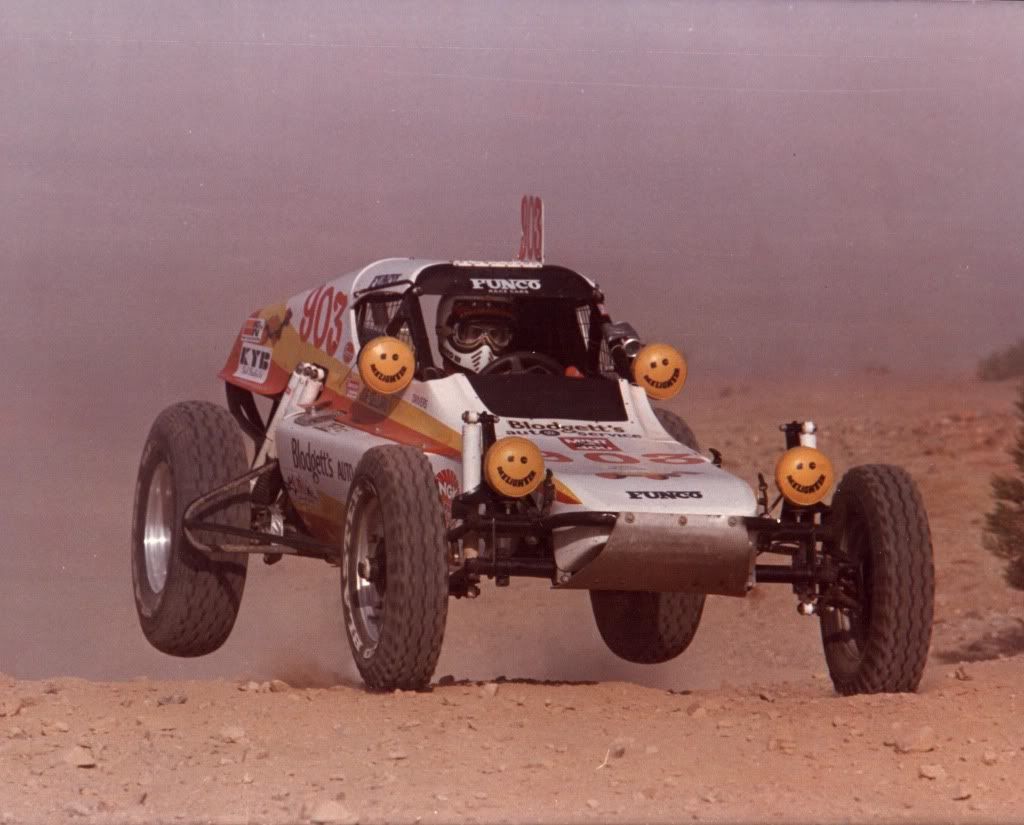 This will likely be some time in the making, but I'll post my progress here along the way.

The Optima has great motor placement compared to the Frog: low, rear, and centered. I only needed to seal the gearbox where the chain/belt feeds out, as I will be forgoing 4WD.

My first requirement for this buggy is that the battery is as low as possible and centered. With a new bottom, the Frog chassis accommodates a lipo lying flat right down the middle. I bent and cut some aluminum sheet for a bottom plate to arrive at this setup: 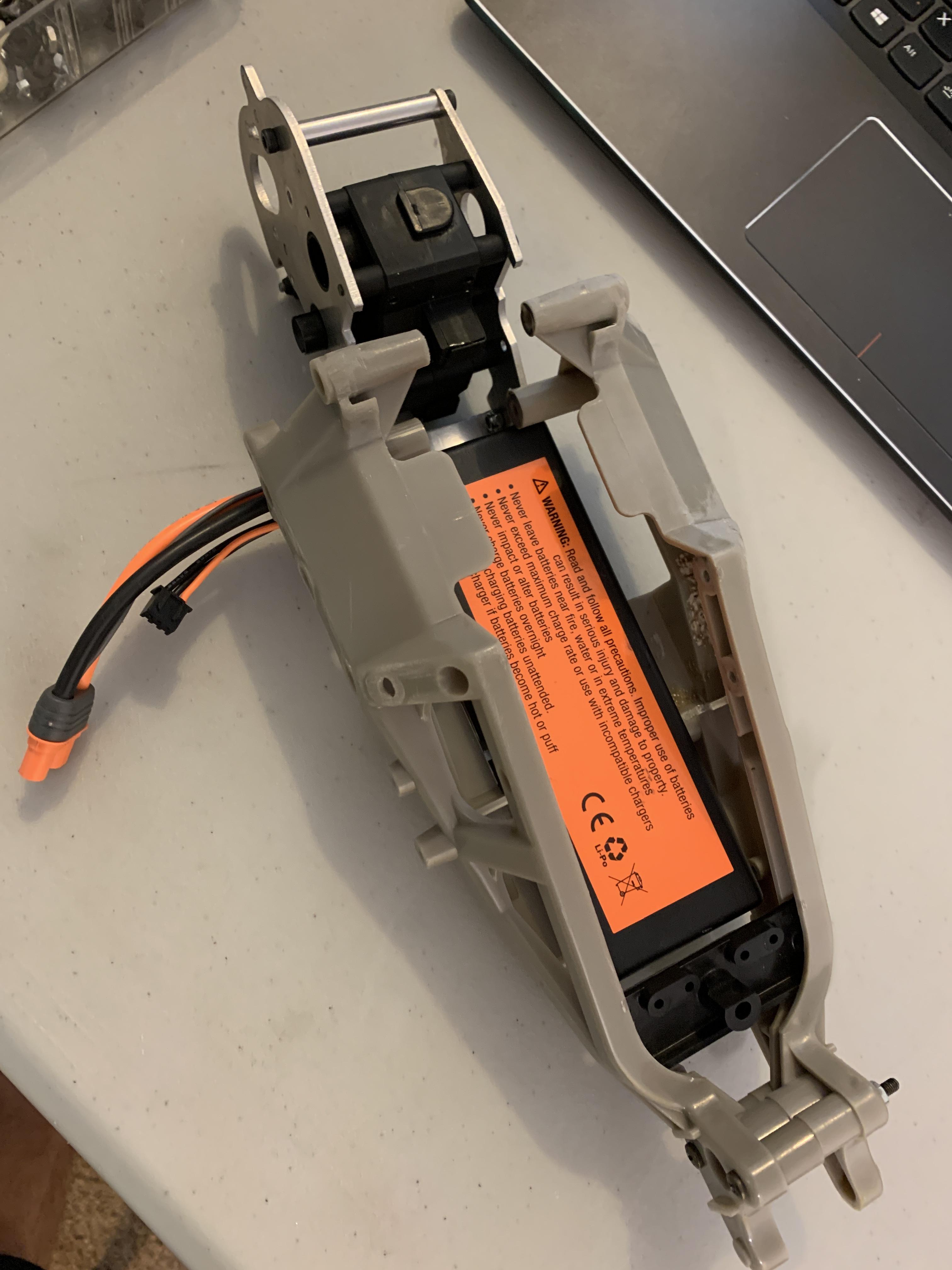 The Frog chassis already has much of the shape I want, but I shaved off some protruding parts, including the side mounts for the antenna. I’ll probably dye the plastic later in the process.

The way that the Optima rear arms attach provided a simple opportunity. The arms swing on pins that insert from the rear of the gearbox. All that was missing was holes to support the front of those pins. To both join the Frog bottom plate to the Optima gear box, and to provide holes for the rear arm pins, I cut a piece of square aluminum rod, and drilled holes for the pins and the screws coming in from the sides: 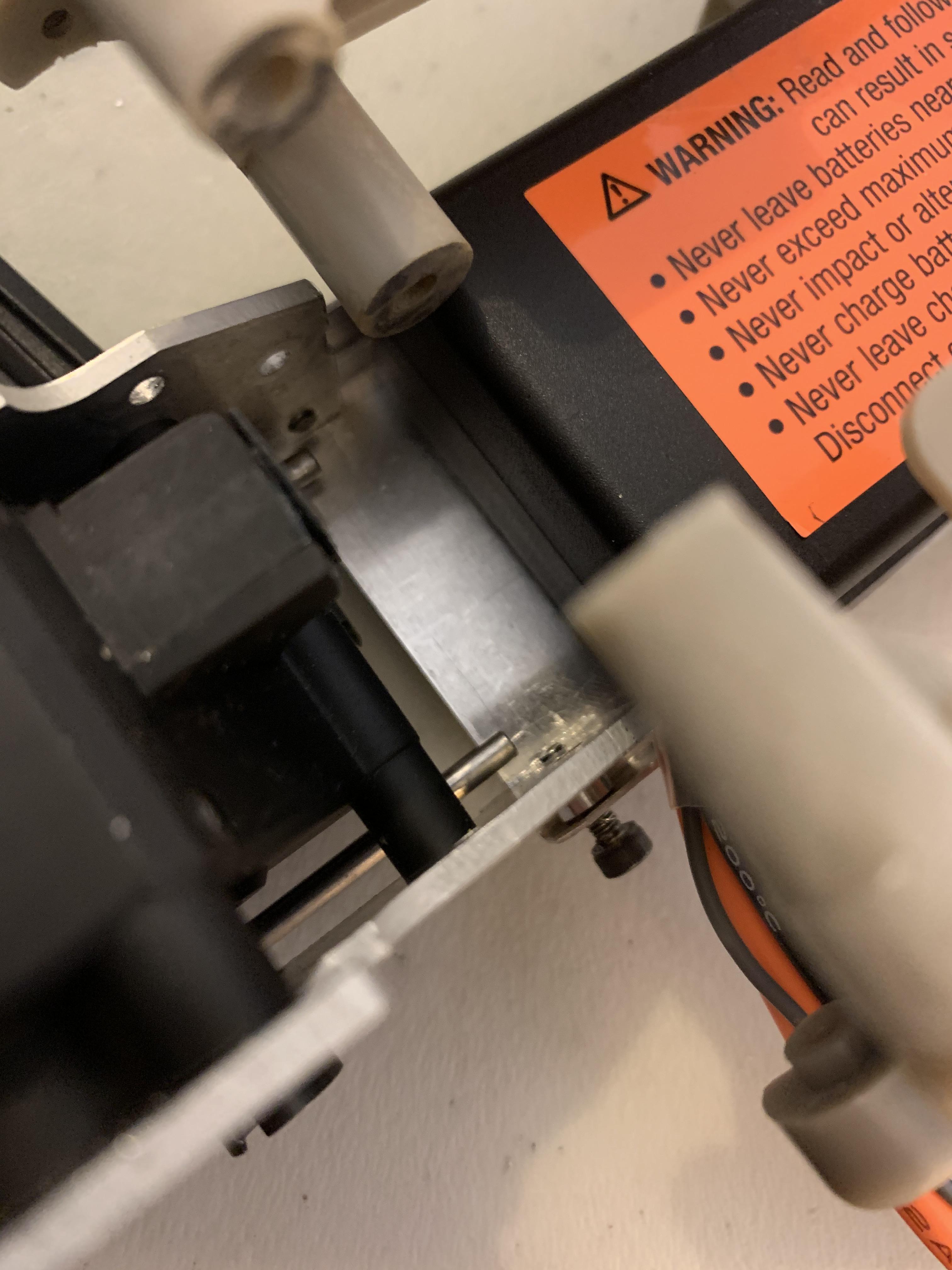 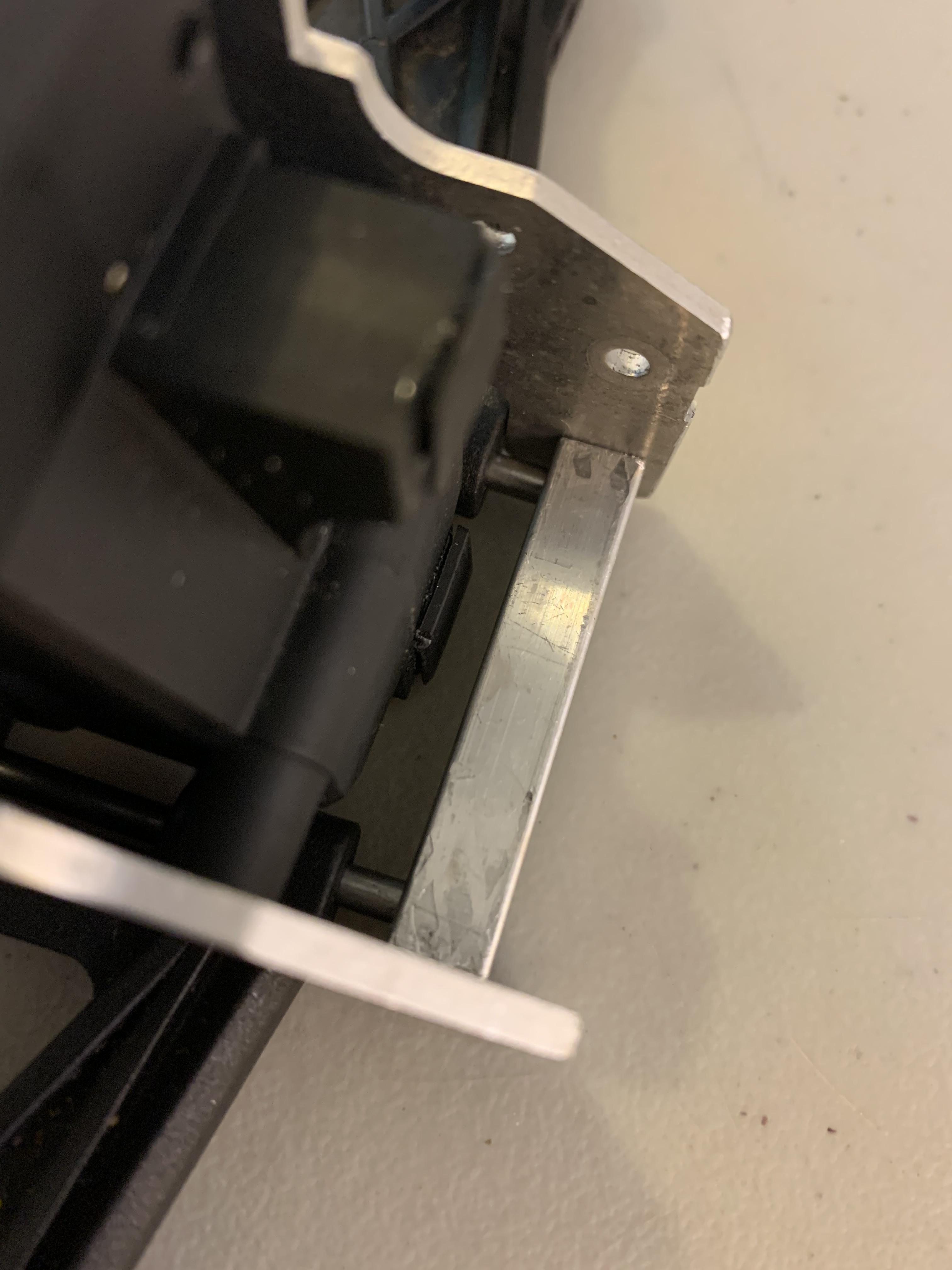 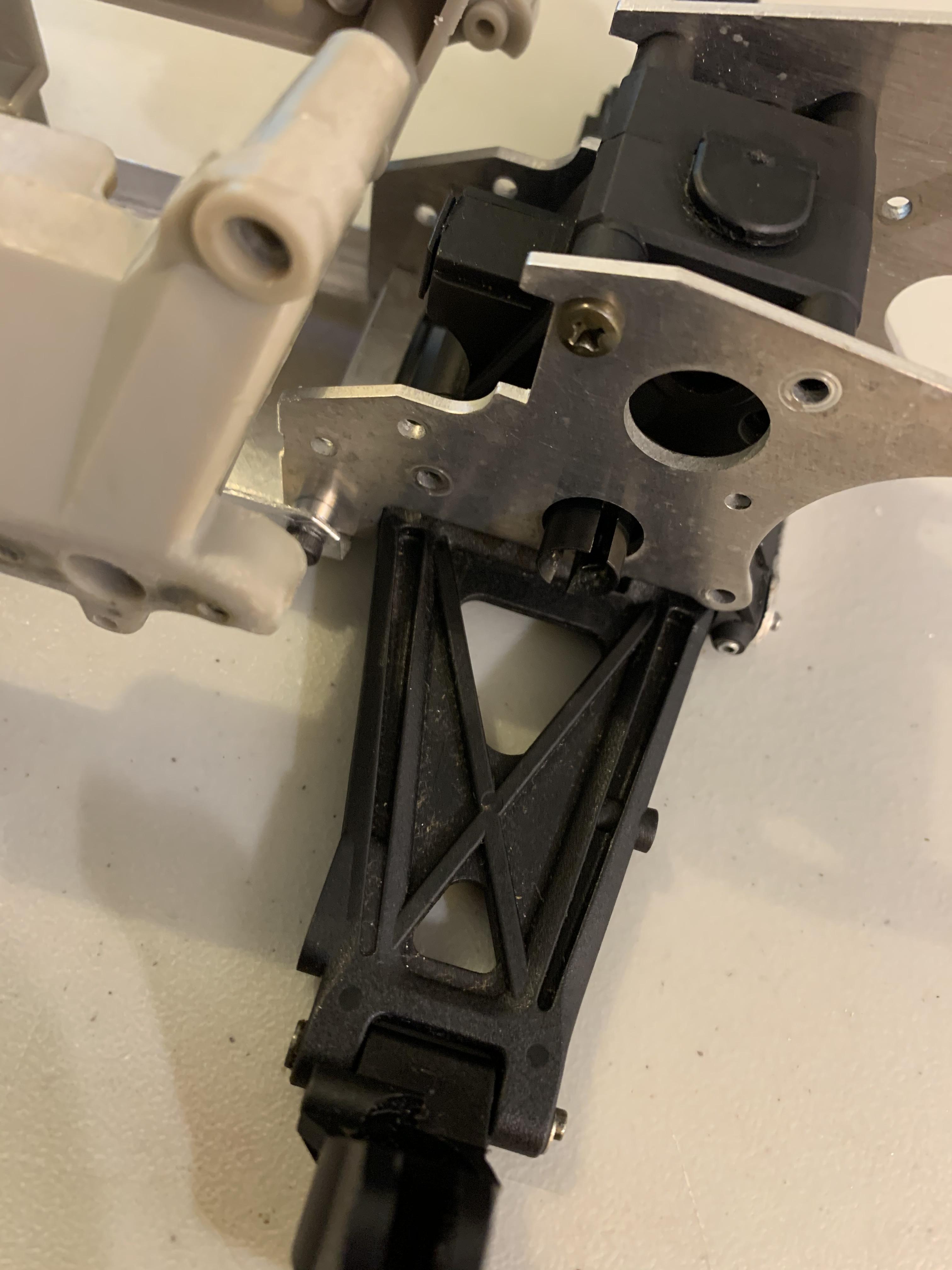 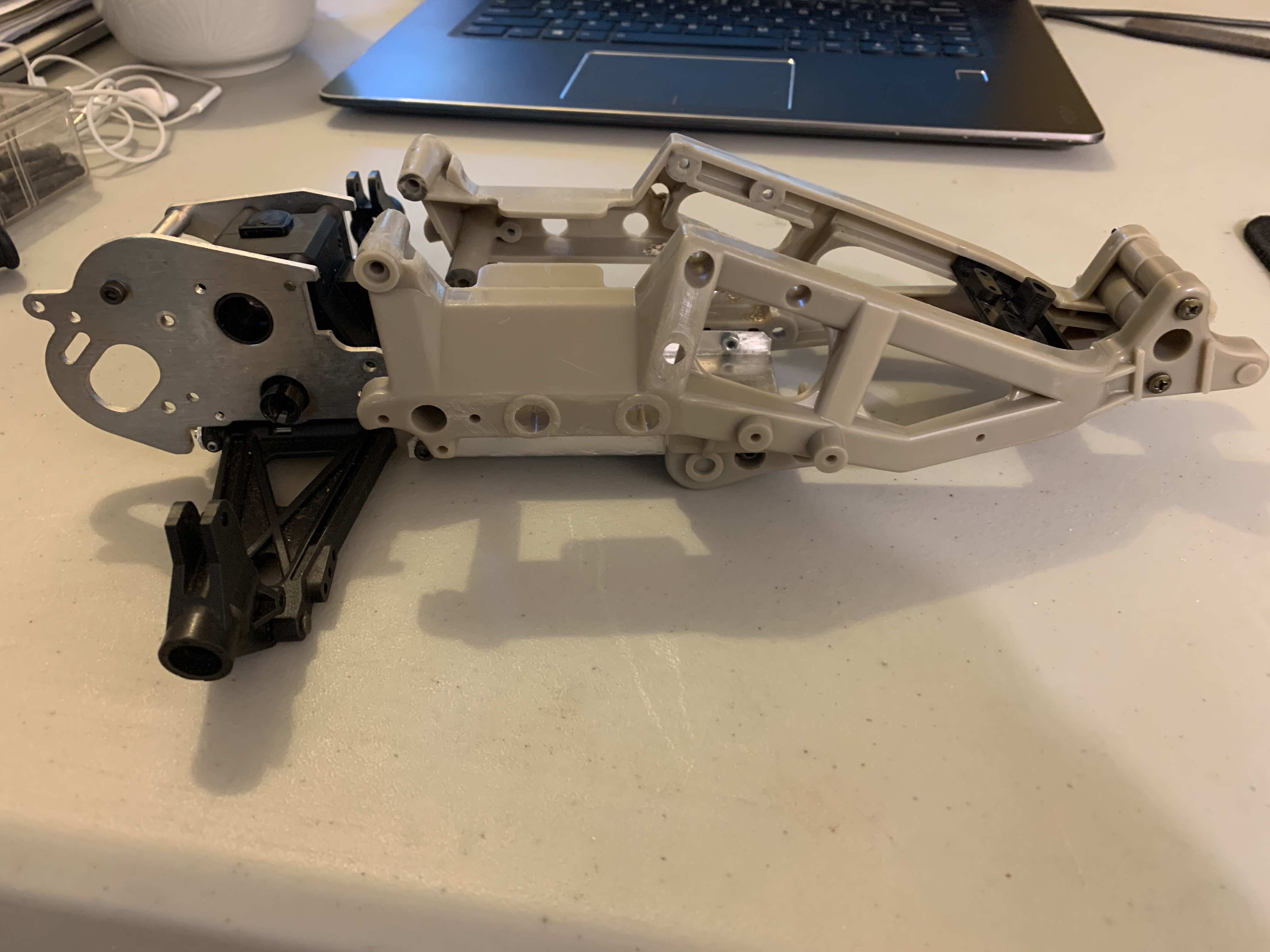 The next step was to solidify the hybrid connection. To do this, I trimmed some of the Frog’s upper body mounts back and cut some aluminum strips to create a bridge to the top of the gear box. I used a threaded aluminum spacer, and put it together: 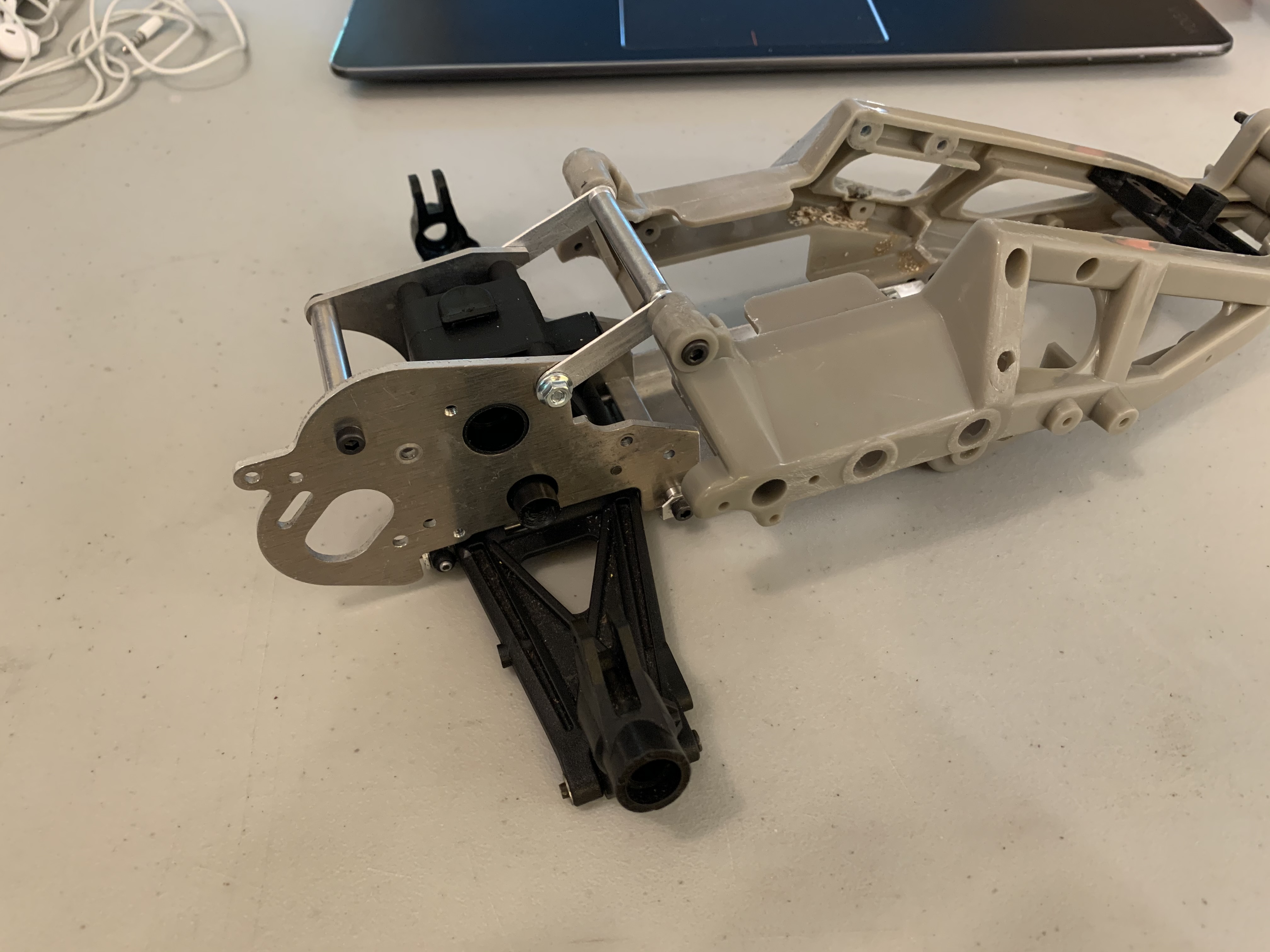 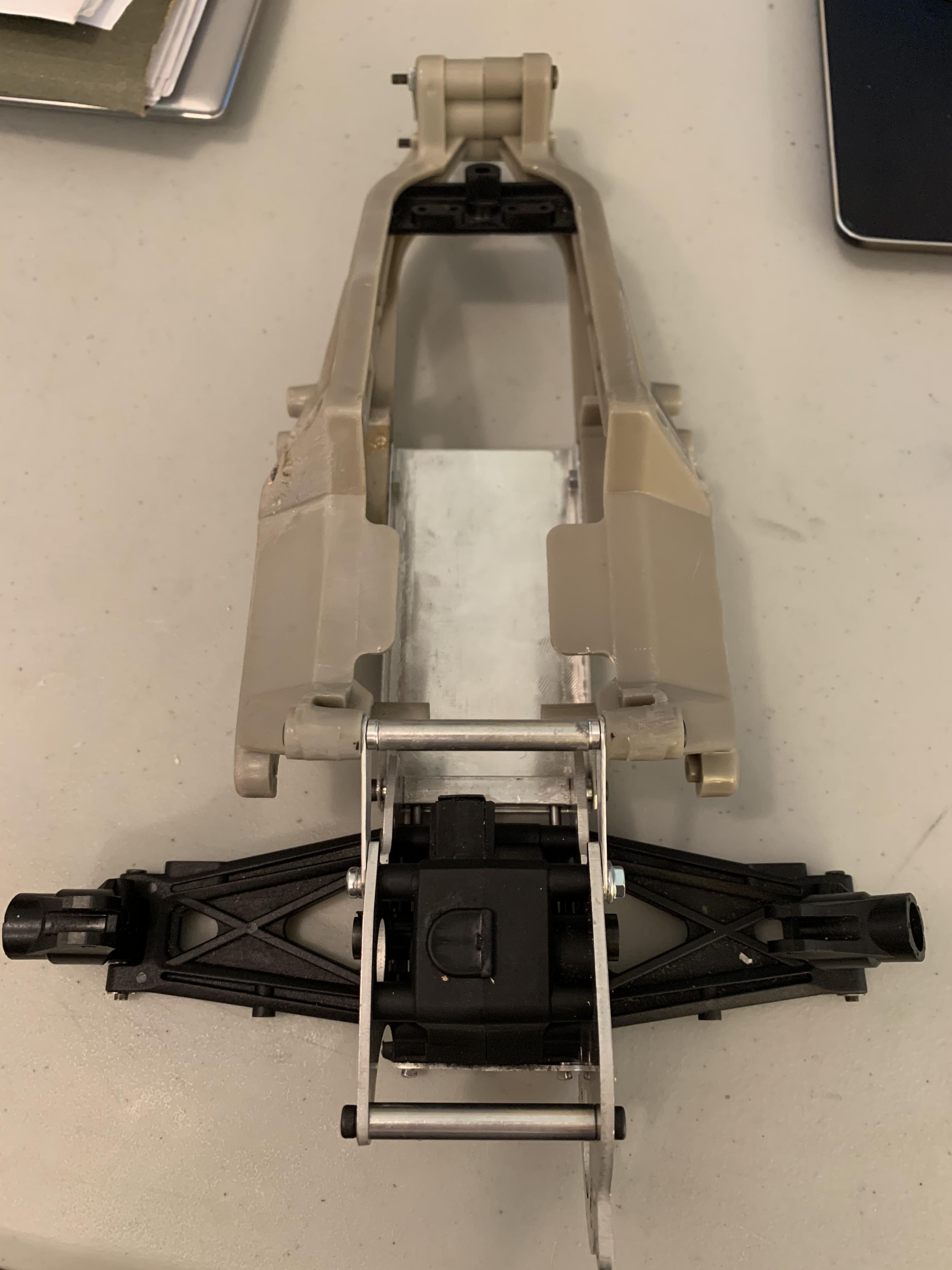 The connection has no wiggle in it at all. It’s almost as if it were meant to be. :)

My next goal is going to be getting the rear dog bone axles inserted, and the upper connectors for the rear arms installed. After that, I’ll be adding the rear suspension. I still have the Turbo Optima gold shocks, but I will probably get some that look more appropriate for the 70’s style I am after.

Lol that’s hilarious. I think it needs a little bobblehead with a serious look in there.

It’s looking great. The lack of suspension travel always seemed to be a drawback of the Frog design. It was such a tough buggy that deserved a better ride on the rough stuff.

With the FAA rules on drones I wouldn’t want to be caught operating one of these. Basically everything over 250grams is banned form anywhere near an urban area.

The only reasonable place to fly such creatures is at an RC airstrip, which you are most assuredly a member of, because the only reason you built something like this is to show off to other chronics.

That's amazing. I would hurt somebody though.

There are RC helis that weigh more than ultralights.