What's an engineer's worst nightmare? To realize that the supports he designed for a skyscraper like Citicorp Center are flawed—and hurricane season is approaching. 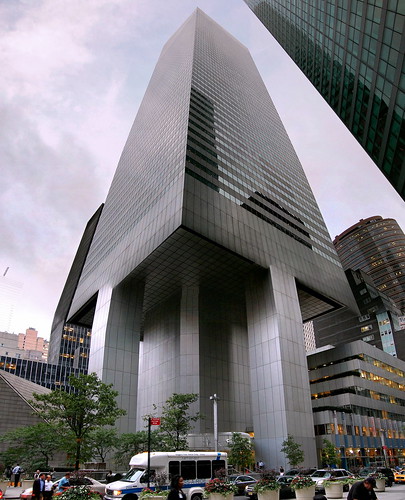 On a warm June day in 1978, William J. LeMessurier, one of the nation's leading structural engineers, received a phone call at his headquarters, in Cambridge, Massachusetts, from an engineering student in New Jersey. The young man, whose name has been lost in the swirl of subsequent events, said that his professor had assigned him to write a paper on the Citicorp tower, the slash-topped silver skyscraper that had become, on its completion in Manhattan the year before, the seventh-tallest building in the world.

LeMessurier found the subject hard to resist, even though the call caught him in the middle of a meeting. As a structural consultant to the architect Hugh Stubbins, Jr., he had designed the twenty-five-thousand-ton steel skeleton beneath the tower's sleek aluminum skin. And, in a field where architects usually get all the credit, the engineer, then fifty-two, had won his own share of praise for the tower's technical elegance and singular grace; indeed, earlier that year he had been elected to the National Academy of Engineering, the highest honor his profession bestows. Excusing himself from the meeting, LeMessurier asked his caller how he could help.

The student wondered about the columns—there are four—that held the building up. According to his professor, LeMessurier had put them in the wrong place.

"I was very nice to this young man," LeMessurier recalls. "But I said, 'Listen, I want you to tell your teacher that he doesn't know what the hell he's talking about, because he doesn't know the problem that had to be solved.' I promised to call back after my meeting and explain the whole thing."

Nice podcast about it here too:

Thank you for that. It points out that the mysterious "young man" who drew attention to the issue was named Diane Hartley. An "addendum" to the story suggests that she is as much to credit for averting disaster as LeMessurier. It includes a footnote saying that "The sex-stereotyping of engineers and engineering is not found in all countries. I recall in particular a talented engineering student from Mauritius telling me that it was only when she came to the U.S. that she heard that engineering was a male field."

That was an incredibly good read. I don't think I've ever enjoyed learning about steel rectangles in my life until today.

"Deflection issues and questions of sufficient strength have been associated with Fallingwater ever since the initial construction process. When the formwork for the first floor cantilever was removed, the construction workers recorded a downward movement of 1.75 inches. A small amount of deflection is normal when scaffolding is removed but in the case of 1.75 inches, the bending was extremely pronounced. A problem with the structural design became more apparent with the completion of the second floor cantilever supporting the master bedroom terrace. Soon after the formwork was stripped, two large cracks formed in the terrace’s parapet."

That's quite a website. The page on cable bridges suggests that the strange 30-year pattern of disaster in bridges using new technology reported by Henry Petroski has not claimed a cable-stayed bridge around the year 2000 as feared.

Petrowski is a hero. If you haven't read his books, you oughtta. I'd start with "the evolution of ordinary things."

I agree, while I found Engineers of Dreams more grand, he is best when doing his version of "How It's Made" for paperclips and pencils.

The New Science of Strong Materials was an unexpectedly fascinating book in the genre, discovered on an old Top Ten List.