Inflammatory comments setting to the wayside may be worth a try. When I coached high school soccer I learned to emphasize the “24 hour rule” to all players and parents.

I explained it in this way, “We’ll often be dealing in highly charged emotional states, so as I make decisions about games, your position and playing time during games perhaps, I ask of you to agree to allowing 24 hours to pass before we discuss concerns. That way we’ll all have had time for our emotions to fade and we’ll be better equipped to reasonably work out the differences.

I’ve learned to make it a regular habit in my life and don’t plan on going back.

This seems relevant to me right now. "Knowledge is knowing that a tomato is a fruit. Wisdom is not putting it in a fruit salad."

Mentioning that a Black man was unarmed suggests that the default is an armed Black man.

Last year, Dr. Kilgo published a study about the representation of protests in Texas newspapers. She found that when the papers covered protests centered on racial issues, such as discrimination against Indigenous and Black people, they did so in ways that suggested the protestors’ grievances were illegitimate.

“The norms that are established, are generally established by white, relatively affluent people,” Kilgo said. “And so the hesitancy that you see in criticizing police or codifying what racism is, it’s coming from their discomfort.”

So true. Yesterday, my wife and I watched a CBS Sunday Morning feature about an elderly couple overcoming the challenges of a stroke through song. The husband made a goal of relearning his traditional serenade to his wife as a means of overcoming his speech loss.

It brightened my day.

Nice to see you around Hubski again. :) 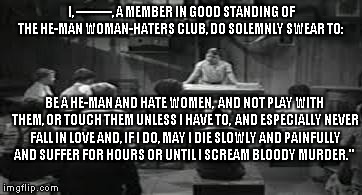