The Year I Started A Cult

So in 1992 we worked on cars. A lot. And being kids, and working on cars, and spending a lot of time dealing with electrical gremlins and the Quest for Top Dead Center and determining whether it's the spark or the vapor that keeps an engine from running, you get superstitious. It didn't help that my mother's faith is basically superstitious animism; any important decisions get run through the I-ching. My father, for his part, is a devout atheist who has been known to cross his fingers when things matter.

And in 1992, one of the super-seniors in town bought a GSXR-1000. He had owned it for a couple months before he - and his girl - decided to blitz down main hill road at 85 miles an hour. To no one's surprise, they took it wide.

Right into a '76 VW Bus driven by an old English teacher of mine.

Everybody survived, miraculously. Think the two of them went through the windshield of the bus, which prevented them from plummeting off the 300-foot cliff to their left. Not before denting in the gas tank of that gixxer six inches with their crotches, however. "Crushed pelvis" is, in my opinion, one of the most evocative phrases in medical literature.

So in 1992 we worked on cars. And my buddy… he wanted the fuel filler off that gixxer so bad. So bad he could taste it. And the bike was sitting, wrecked, at Knecht… and it's not like it had any resale value… and it's not like anyone would want a fuel tank doing its best "crushed beer can" impression. So we stole it. Walked right up at midnight and put it in the back of the Subaru.

It took maybe ten minutes with a couple pairs of Wiss

before we had a jaggedy-ass fuel filler and a mangled, gnarled piece of Japanese steel that smelled of blood and Super Unleaded. So what do?

"Sacrifice it to the Demon," I said. Do what now?

It was a good ritual. It had legs. We would solemnly drive down to the intersection of my street and Club road, where the path led up to the golf course. We would then walk sanctimoniously up the path for the quarter mile or so it took to get to the abandoned water tank. We would then climb up the ladder to the top of the tank, say a few words, and drop the Suzuki carcass in. BAM. Evidence of the crime disposed of, mechanical gremlins that curse all projects appeased, life would go on. And fuckin' A, it was fun.

Whenever we needed a little luck, we'd "Sacrifice something to the Demon." No one ever asked who or what the Demon was, or why the Demon lived in an abandoned water tank, or what its peculiar taste for dead car parts was about. However, when you put on a new carburetor, the old carburetor (or whatever parts you could scavenge, presuming you needed the old one for a core charge) would go to The Demon. And over the course of a year or two, certain embellishments appeared:

- The odometer must be reset before driving to the path

- Wild Turkey must be poured on the ground before approaching the Sanctum Sanctorum, i.e., the Golf Course

- An incantation must be recited: "Oh great and mighty Demon we approach thee with no fear in our hearts and no hatred in our souls, we seek your benefaction in pursuit of mechanical excellence"

- Another incantation must be recited by the officiant - "Oh great and mighty Demon we request a boon from thee" - prior to the donor requesting specific or general benefits ("I humbly request, O Demon, that the rear main seal on the small block we just put in the Hote not leak").

- Wild Turkey must be poured upon the demon prior to the donation and after, and then everyone must drink (at which point, all solemnity was off - we were just a bunch of teenagers sneaking booze on top of an abandoned water tank a hundred yards off the golf course on a Wednesday)

- Silence and solemnity must be observed back to the car

It was only when I started thinking about what sacrifices I'd make to the Demon to make my own monster run that I realized I'd not only conjured a religion from whole cloth, I'd taken it from animism to Catholicism in the space of nine months.

Gotta say, it gave me pause. Gotta say it also gave me some insight into human nature - I was an angry, angry, ANGRY atheist at the time, or so I thought. Yet I needed this ritual. My success depended on it. There was no "demon" before I invented it on a whim, yet I was completely spun up in a fantasy of my own making.

"And Man created God in his own image."

I wish I could say I laughed at myself, set my hobo horde of nuts and bolts aside and went on to lead a spiritually rich yet trapping-free life, but that would be a lie. I went and did my sacrifice. Alone. Just in case.

I asked about a girl, too.

That was the last time I sacrificed anything to the Demon. Most of us, the core three or four, let it lie. We still drank bourbon, we still believed it unlucky to fix a car without the car drawing blood at least once in the process, and the Kawasaki fuel filler never did make its way onto a car - too difficult. The ricer phenomenon ten years later proved we were on to something.

I did have a friend, though. Not a close friend, but a friend. He liked tagging along. And one night he came to me because he needed a sacrifice, and he needed it bad. He'd brought along another friend that had never participated in our rituals. Could I officiate over one more?

I demurred - I had shit to do and this was getting weird. They pressed, though. They needed some luck. So I split the difference - I explained the important parts of the ritual and that they could carry on without me.

They did. For years.

That particular spot of forest burned down in 2000. They condemned the water tank and tore it down. 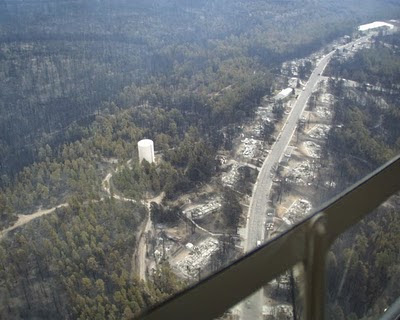 I wonder what they thought of all the car parts.

This is such a wonderful story KB. The last line is magical. Here's why: many of us have found things in strange places and suspect there's a back story that we will never know. The last line throws me into those "message-in-a-bottle" situations.

Has it already been published somewhere or is this its first appearance?

Thanks. I think I've told a version of it on Reddit before, but I don't so much "publish" as "shoot the shit."

It didn't help that my mother's faith is basically superstitious animism; any important decisions get run through the I-ching.

EDIT: and this honestly read like something out of his life, so there you have it.

I still can't drive past a cemetery without holding my breath, when someone mentions something promising that may occur in my life, I can't help but knock on wood. These superstitions toggle the line between wishful thinking and my own personal dogma.

I really enjoyed this comment, thanks for sharing. Also, that Ivan Albright painting is amazing! Wow.