How does obesity happen?

Pearl Harbor. Walk with me.

There are well-known and less-well-known consequences of American involvement in WWII. It's common knowledge that the eventual nuclear annihilation of Hiroshima and Nagasaki set up the Cold War which was the ultimate battleground between capitalism and communism. Less well-known is the fact that the United States didn't ultimately win the war because of the atom bomb but because of our powers of industrial and agricultural production.

Marc Reisner argued that the Army Corps of Engineers won WWII with Grand Coulee Dam. It produced an impossible surplus of power when it was brought online; it had no customers. Then the war broke out and Americans were able to refine aluminum (an electrically-intensive process; the Intalco plant in Blaine, WA uses more electricity than Los Angeles) at a fraction of the price of anyone else in the world.

But in addition to aluminum, the impossible edge in oil refining really took off in WWII. Germany ground to a halt when we took their oil fields in North Africa. Meanwhile our fields in California and Texas turned out gasoline in quantities unmatched anywhere else in the world. And when you make gas, you can also make fertilizer. And when you've converted the Great American Desert to "the Heartland" you make food. You make food that travels. You make corn, potatoes and rice. And you feed that corn and rice to chickens, cows and pigs. And you drop food on the Russians, you drop food on the Chinese, you ship food to England and Australia, and while Germany and Japan are wracked with famine you share your American bounty around.

An interesting side note: because it was a Japanese attack, the safe thing to do, obviously, is lock up all the Japanese. Especially as they're sitting on a bunch of plum farmland on the West coast. You know, the one closest to the Japanese Empire. The one full of refugees from the Dust Bowl. Itinerant farmers from the South and the Midwest who came to California and starved because there are only so may people to pick oranges and strawberries. The ones who will thank you and vote for you and keep growing oranges and strawberries and everything else on formerly-Japanese farms they bought for pennies on the dollar when their original owners get shipped off to Manzanar.

So now Europe is in ruins and the Marshall Plan is going to make everything better. Ship that food out. Soft power! But it's got to travel. Hedgerow to Hedgerow we'll even push the Soviets around by selling it when they behave and withholding it when they don't. But it's got to travel. So corn, rice, soy and potatoes are food. We'll do anything we can to grow more food so that we can influence the behavior of the world with food. We'll subsidize the shit out of food so that everyone is growing food. Meanwhile those now-rich farmers on the West Coast who are growing carrots and olives and lettuce and spinach and oranges and apples? Yeah, they don't need any competition. They don't grow food because then those uppity black folx might go into competition with them for the high-value stuff. So they grow specialty crops. And it's assigned a fair market value.

A market value that goes up because you don't need to eat "specialty crops," not really. After all, the Irish subsisted off of potatoes and potatoes are food. And corn can be made into anything, man. It can be made into sugar - sugar that's way cheaper than cane sugar! It can be fed to cows - way cheaper than grass! It can be fed to chickens! Pigs are less likely to eat it, so pig farming largely goes away (it's come back with a vengeance because the Chinese have a preference for pork but as a foodstuff it's consumption by Americans has plummeted). But Americans eat corn, and things that eat corn, and there's so much excess corn and rice and soy when we're not shipping it all over the world to cajole our foreign policy needs through soft power that there are entire divisions of the USDA trying to figure out what to do with all the stuff.

Somewhere around here we've got an article that argues the dominant species on earth isn't humans, it's corn. After all, we've basically given over our food production to it. A Wendy's meal, if I recall correctly, was ultimately about 80% corn (including the French fries). And against that we've got "specialty crops" that we have to refrigerate to get them across country and there are vast swaths of the US where "specialty crops" aren't even sold because it's so easy and cheap to get food. A box of Little Debbie snack cakes costs less than a head of lettuce. And a box of Little Debbie snack cakes will keep you alive if you're starving. And a box of Little Debbie snack cakes will sit on the shelf for nine months or more and nobody will be the wiser. The power goes out on that head of lettuce and it's garbage before morning.

And it's fuckin' lettuce.

Meanwhile we're all working harder for less, working longer for less, driving farther for less. The calories are easy and the nutrition is hard and that's before you recognize that we've arranged our entire food economy around food not "specialty crops." Reuters pointed out yesterday that one in three workers also has some form of job in the gig economy; even if we're working 40 hours a week (we're not, we're working 47) we're also filling our spare time with TaskRabbit, with Uber, with Mechanical Turk. And as humans, we're biologically programmed to pack on pounds when we're stressed because stress means starvation. I think it was Richard Wrangham who pointed out that there have only been about 125,000 generations since homo habilus split off from Australopithecus. Homo Sapiens is only 7500 generations. Go to Mile High Stadium, start "The Wave" and by the time it makes its way back round to you, the person next to you is a Neanderthal.

So here we are. Impossibly cheap calories, impossibly sedentary lifestyles, impossible stressors. Fight or flight doesn't care if it's a mastodon or an impending bankruptcy they'll both keep you up at night. At least if it's a mastodon you can run. We can't. So we get fat. And because we're Americans, and we've got a nice Protestant work ethic, and because we're rugged individualists, if you're fat it's a personal failing. Society hasn't let you down, the system hasn't failed you, you're a glutton and you should feel bad.

Is there any solution?

Well, I'd start with

1) Take it the fuck easier on the poor and lower middle class.

2) Prioritize nutrition over calories. Know who used to be in charge of school nutrition? The goddamn Department of Defense. Then Nixon kicked 'em out and Reagan categorized ketchup as a fruit.

Weight Watchers costs around $700 a month - including food. They get an extra $13 a week to tell you "atta boy! You're doing good!" Insulin costs around $500 a month. No food. Insurance pays for insulin, usually. It rarely pays for Weight Watchers. Can you imagine what our society looked like if we had, you know, nutrition?

The fundamental basis of this article is "we know how to make people healthier, but we don't give a shit." I think it's more than that. It's more than tradition. It's that in order to solve the problem, we have to break capitalism.

And nobody wants to break capitalism.

And nobody wants to break capitalism. 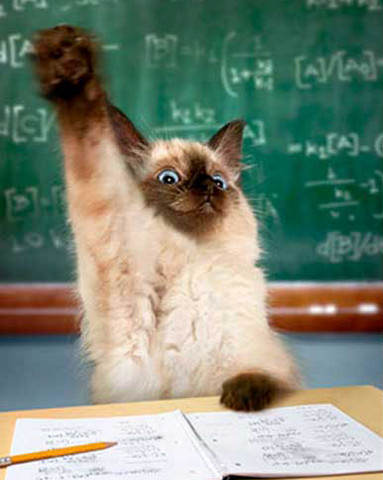 Thanks for doing the work on writing, "The History of Corn in America: Or, Why You're Fat".

I've written this and explained it so many times... I just couldn't do it again.

(And thanks for skipping over the Surplus Corn Story, and Farm Subsidies. Those just make people angry at farmers, and we don't need that.)

You'll notice I didn't skip over it - I told it in terms of soft power surpluses and the diplomatic force of food.

If you haven't read The End of Food you probably should. It's an impressive read.

Oh, I was thinking about the process of:

3. Hey industrial food makers, Uncle Sam here, we need you to add corn to EVERYTHING to suck up this surplus, or our farmers are going to suffer.

4. Oh. And we'll subsidize it, just to ahem sweeten the pot.

5. Hey heathcare providers, Uncle Sam here, why are Americans so fat and lazy? Have some money to research the topic.

6. Healthcare researchers: because we eat too much sugar/corn. We need to cut back and eat real food. Not processed cheese food product.

7. HEY NOW! WHAT ABOUT THE FARMERS!! THAT's ANTI-AMERICAN!

Yeah but you're forgetting step 0.5:

wait, what am I saying. We never have too little at home.

Healthcare as non-profit sounds so wonderful, and I'm not just saying that because for the first time in my adult life I have medical bills (that are extremely manageable and could be considered as optional visits).

I couldn't agree more with nutrition over calories. My opinion based on anecdotal personal experience is eating more vegetables helps me feel better. If people ate more stuff that goes bad and less stuff that's shelf stable for months the calorie surpluses would erode. My dad recently told me he, at 71, finally figured out how to eat. He said he told the same thing to his physician's assistant who said it's great and a lot of people never figure it out.

In lieu of ending capitalism, do we do the best we can with education? Education won't solve this for the masses but can help individuals.

The more time I spend in the medical industry the better I like single-payer.

The prices are public, mandated by the state or feds, and argued over as policy. Your lobbyists, my lobbyists, your experts, my experts, your doctors, my doctors, your executives, my executives, they're all going to get together in a public space and hammer this shit out. This ICD-10 code pays this much. That one pays that much. Publish it all as a schedule on the interwebs so everyone can see it (my state already does).

Now any insurance company under the sun can bid on providing services in that state. Their profit is the difference between what it costs them to pay out those codes and what what they pull in as premiums (which are paid, in full or in part, by the state - there's another whole committee there). You can no longer make your profits by screwing patients - they aren't paying you directly. You can no longer make your profits by screwing healthcare providers - their pricing schedule is publicly available and if they gave a shot of Rhogam, you pay what the state says you pay for a shot of Rhogam.

The only way you can make money is by keeping people healthy.

Preventive care starts looking really cheap then. So does group therapy. Nutrition? Fuck yeah let's pay our nutritionist her rate and have her be at the community center twice a week. And now you have a major multinational company whose profits depend on inner-city Detroit being healthy because those guys are eligible for healthcare, and they signed a contract to provide it.

Goddamn it. Corn, wheat, rice and soy. Even potatoes are specialty crops.