Okay, below is a tour of my 8th grade room. Now, you can feel free to post the same type of thing with the tag #my8thgraderoom.

When you walked in the room there was a dresser to your right. Directly in front of you was a drafting table and above it was a window that looked out over our back yard. Directly beneath it was our deck.

I had posters on my wall: 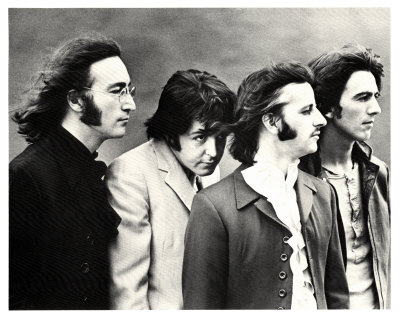 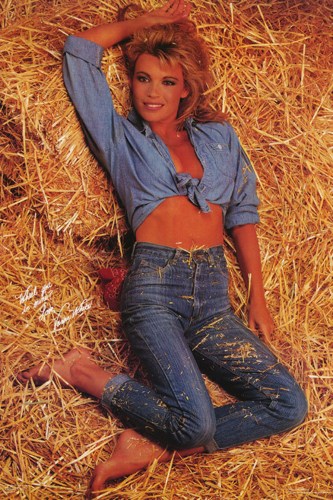 The carpet in my room was blue. My closet was a constant mess of dirty close and piles of dirty towels, with god knows what on them. Under the rubble, tucked away in the corner were torn out pages from porno-mags. I also had some nice vintage photos of Betty Page. -Wow. She was perfect. On my floor next to my bed was my boom box. At night before I went to bed I would put on side two of Abby Road and fall asleep to that:

On the floor in my room was my casio so-1:

I also had two Red Marracas that I bought in Mexico. They had my name carved in them. I used to tape one with duct tape to my right foot and I would be able to tap my foot while playing my Alvarez acoustic and be a one-man band. I would write songs for the girls I liked and record them as the first track of a mixed tape I'd make them. Back then there were a few songs I would always put on a mixed tape for the ladies.

I loved making mixed tapes. Sometimes I didn't own a song I wanted to put on one so I would stay up all night hoping it would come on the radio and the DJ wouldn't have too long a lead in and I'd record it and bootleg it.

I had a large globe light in the middle of the ceiling. Surrounding it was a basketball net, just like this one: I would spend hours attempting to throw balled up socks through the small space between the rim and the ceiling. I'd play against my brother or the neighbor to see who could score the most out of ten.

I had a crappy, black electric guitar with a speaker built in that ran on batteries. It was broken and was in pieces in my filthy closet. and a Fender Reverb amp: One time I got caught sneaking out to my friends house after my curfew. My parents grounded me to my room for an entire weekend and took all of my instruments out of my room so that it was truly "no fun."

I ended up fixing the broken electric with the built in speaker in the closet and used the headphone jack so they couldn't hear that I was making music. Yeah, that's right... fuck you ma and pa! you can't take my music from me!

My aunt (by marriage) used to babysit us. She was pretty hot. She would lay out on the deck in our back yard in a skimpy bikini. My neighbor pals would all come over and we'd peer out the window in my room and just watch her for an inappropriate amount of time.

My bed used to be part of bunk beds, so it still had really large, long bed posts that were meant to reach up to the adjoining bed above, but it was gone.

If I was ever watching a movie during that time, it was either Batman or Red Dawn. Or, sometimes I would watch the below, knowing that one day I too would fight in the Kumite and make my father proud:

I was lucky enough to have the attic through high school. It even had its own bathroom. Maybe about 500 sq. ft. When you got to the top of the stairs my bed and the bathroom were to the left and bookshelves to the right. Go around the bookshelves and there was a couch and a round table, t.v. but most importantly a stereo and four speakers. JVC SK-303s for your quadraphonic pleasure. I had the classic 1200 turntable, a JVC amp, some equalizer and about 800 albums. Lots of drugs were smoked at that table and lots and lots of music listened to.

The one movie I remember watching in there was Eddy Murphy's Raw. Interrupted by a fake knife fight for like 20 minutes with my buddy who went on to a very successful career as a pro athlete and is now dead.

One of the albums I remember was Charlotte the Harlot. Very clearly remember getting that on release day. Also repeatedly tried to get my Mom to like Pink Floyd by playing her Dark Side of the Moon. Lost my virginity in that room as well. Good memories.

edit: The 2 major posters in the room were this music poster over the couch and something like this one of when Hendrix performed at the Isle of Wight. And I think the third was this one of Zappa.

How the fuck did you have 800 albums in 8th grade?

Fun thing about the Maxell poster- the US version is different from the UK version. The US version has the makeup artist for the shoot as the model, shot by who the fuck cares.

Very cool. I did not know that.

My parents were probably way more permissive and generous than they should have been. I had an allowance of $100 a week when I was 12 and I spent that mostly on albums. I hung out at a record shop which was owned by Metric's Emily Haines older brother Tim who had a great inventory of things you would only generally find in obscure large town locations.

I am a bit obsessive about collecting things I like.

This was so fun to read.

And reminded me of a time I smoked a bowl with a friend and we spent the next three hours throwing socks at his ceiling fan on high. Sometimes they would ricochet into his open sock drawer.

You guys are making me feel like my childhood and high school experience sucked. (Well, that's something I already knew though, but you get the point...)