Posted this after seeing it on /r/space, thought it looked similar to the logo from hubski.

(ok - and not to get nit picky - because I genuinely LOVE this... but I think you've got a few too many moons in there - and they look a little small in relation to the big one)

ahhhh... very cool indeed. Maybe I need to make one...

Dooooo it. Just remove some of the moons

behold... the power of an insom nudge... 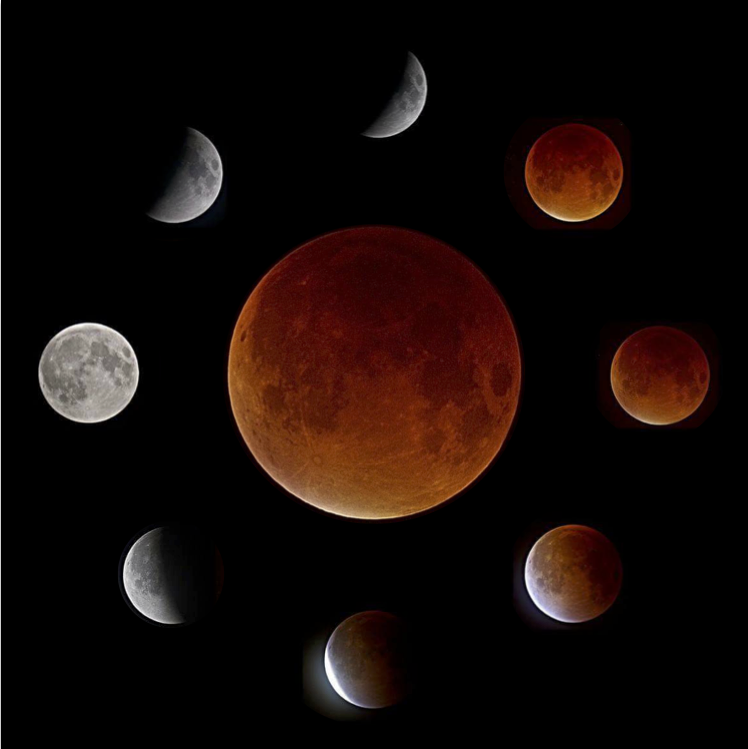 I need to add this to my Hubski card files.

I've done my own artistic impression of it.

Beautiful. I interpret it as life growing up in a bad situation, you start at the top going clockwise(As time always does), where the redness denotes negative emotions and anxieties;

The first circle: You start life without them. Of course, your situation varies widely at birth(hence the imperfect circle). Your abusive parents(The middle circle) struggle to support you financially and emotionally, but that currently has no apparent affect.

The second circle: Your parents have transformed you into a submissive shell. You're starting school, and struggle to make any friends, but it doesn't bother you so much. Your parent's redness has transferred onto you.

The third circle: The rebellious stage -- redness inside this one mimics that of your up-bringers closely, the sweet child is gone. You have their traits now, which allows you to function socially and make friends - unfortunately the wrong sort. You're barely avoiding drugs and violent gangs, thanks solely to the fact you can't find them.

The fourth circle: This circle is much smaller, representing the depression caused by the nature of your previous years. They wouldn't normally bother you, but a dramatic event -- A death of a friend or family, a significant other leaving you -- is the catalyst to this hellish phase. There is a silver lining however: it also brings reflection that leads you to be a better person over time.

The fifth circle: This circle is bigger, less of it is red too, and car shaped(Symbolizing the separation from your parents, and independence). Things are a lot better without those old friends and parents to drag you down. Now you have new and better ones, but anger issues or something else negative left over which is making it difficult with relationships.

The sixth circle: The redness is gone. The circle is a little smaller, because you're not used to your new personality, and doing so will take some time, but you probably have your first long term relationship by now. However, the redness leaking out from your parents is them interfering here. A minor annoyance. Financially, things are unstable but you're hopeful about the future.

The seventh circle: This one is nice and round, you're a well-rounded human being now. Everything is perfect. Maybe you're even married now.

The eightth circle: There are two circles connected here, which I interpret as mitosis; a baby! The original circle is a little distorted, but eventually things will settle and you may even be ready for another.