I have spent half a decade as an economics researcher and far longer as one in biology.

I find both fields incredibly prone to total confusion and story telling.

This does not make either one a failure. Both are capable of doing super useful stuff.

No, the article is intended to make you equate the mysteries of economics with mutherfucking medicine.

Whose researchers and practitioners are nearly as confused about as economists. Both fields feature a lack of experimental verifiability that should give us perpetual pause. The fact that we can't put people or societies in a box and poke them at will to verify hypotheses does mean that economists (and often doctors and medical researchers) do no know what the fuck they are talking about.

But, the mere fact it is hard doesn't mean everyone is an equal. You can understand some things about economy or medicine through study. That's tough and a valuable result, so I agree with the author of the article that this deserves soelme respect.

Do you have any links to stories?

I agree. It doesn't seem like communism is at fault here. In fact it is competition for investment that was the driver, a very un-communist thing.

| "Devolution" is definition in biology. It's not a concept. It means the losing of previously evolved structures. As a definition it can't be incorrect, it can only be shown to exist or not it exist. It happens frequently, as a matter of fact. Again, the 2nd law doesn't apply in any way that it doesn't already apply to any other aspect of life.

There is no "devolution" which is not more generally understood as "evolution". It can be confusing for people to talk about something devolving because it implies a hierarchy to evolution, and furthermore that we can "go backwards" down this hierarchy.

In saying that evolution is always progressing, I'm just stating a physical fact. We can't become our parents or ancestors. To do so, there would have to be some process that remembered how they were and undid all the changes to our genomes that accumulated over time. The only way that we may begin to look like our ancestors is through the continued process of evolution.

The entropy of things increases over time provided their size remains constant. This says nothing about the complexity of phenotypes, but it does suggest that it is unlikely for the same phenotype to be reproduced by a "devolving" process in which all the physical things on which the phenotype are based revert.

Because life isn't a closed system (there is always energy in and out) the second law applies with a caveat that the flow energy can be used to maintain the state of the system. However, unless there is infinite energy available this won't be a perfect process and things will tend to change.

I think we are talking past each other because I am focusing on genomic evolution and you are thinking about it from a phenotypic perspective. If we ignore that genomes determine phenotypes, and look at evolution as a progression through various phenotypic states then it is more comfortable to say that there is no direction to the process. To me, evolution is a physical process, but I think you have a different perspective.

I also don't think you're wrong or I'm right--- my focus here was just to describe why "devolve" is not a technically rigorous concept!

It did seem a bit too good to be true. The rough figure that was thrown around was something like 10% per year for a decade. The country has grown economically, but maybe not nearly as fast.

It could go kind've like these posts. The idea would be to record fragments of sound from wherever you are, perhaps interesting, perhaps not. I think that keeping things topical is great, so I'll need to dream up a series of prompts.

Maybe January is the month to start it out. Do you do the photo challenge year-round? (What's with the month-ing of it?)

| The arrow of time moves forward, but the arrow of evolution doesn't exist. Full stop.

Evolution is the change in heritable traits over successive generations. A situation where this stops is as impossible as one which it goes backward. It may go really, really slowly, but the second law of thermodynamics means it will continue. As such, I don't think there's anything wrong with understanding evolution as a ceaselessly progressing pattern.

The idea that evolution could go backwards (devolve) is flawed and confuses the idea of evolution. We can only go backwards if time goes backwards. There is no underlying "fundamental" or "less-evolved" entity that can be reached from the present state by un-doing the steps that got us to the present. To reach a past state, a species must start from the present, so it is still evolution.

Evolution means change.over generations. So biologists would describe this as the species evolving to be less fit. From the perspective of our thread, the key thing is that the arrow always goes forward, and change as we follow things forward is evolution.

Putting this yet another way, a set of mutations is incredibly (astronomically) unlikely to be reverted back to the ancestral state. Reversions do happen, but it would be basically impossible for a group of more than two or three mutations to spontaneously revert. If this weren't the case maybe devolve would be a technically useful idea. But thermodynamics being as it is, reversion is super rare. So species are always going forwards, with each new generation basing itself off the last, and no real opportunity to go backwards.

I hope this is at least interesting because I am tired and it is coming out messily.

| I wish I could just jeep a blog of my results, positive or negative, and let the quality be judged, but that's not ever gonna happen.

I wish you would. I think that is going to become a completely normal thing, and all we have to do is start and show that it works. We need a permanent web to make it stick though.

Do y'all ever do found-sound challenges? 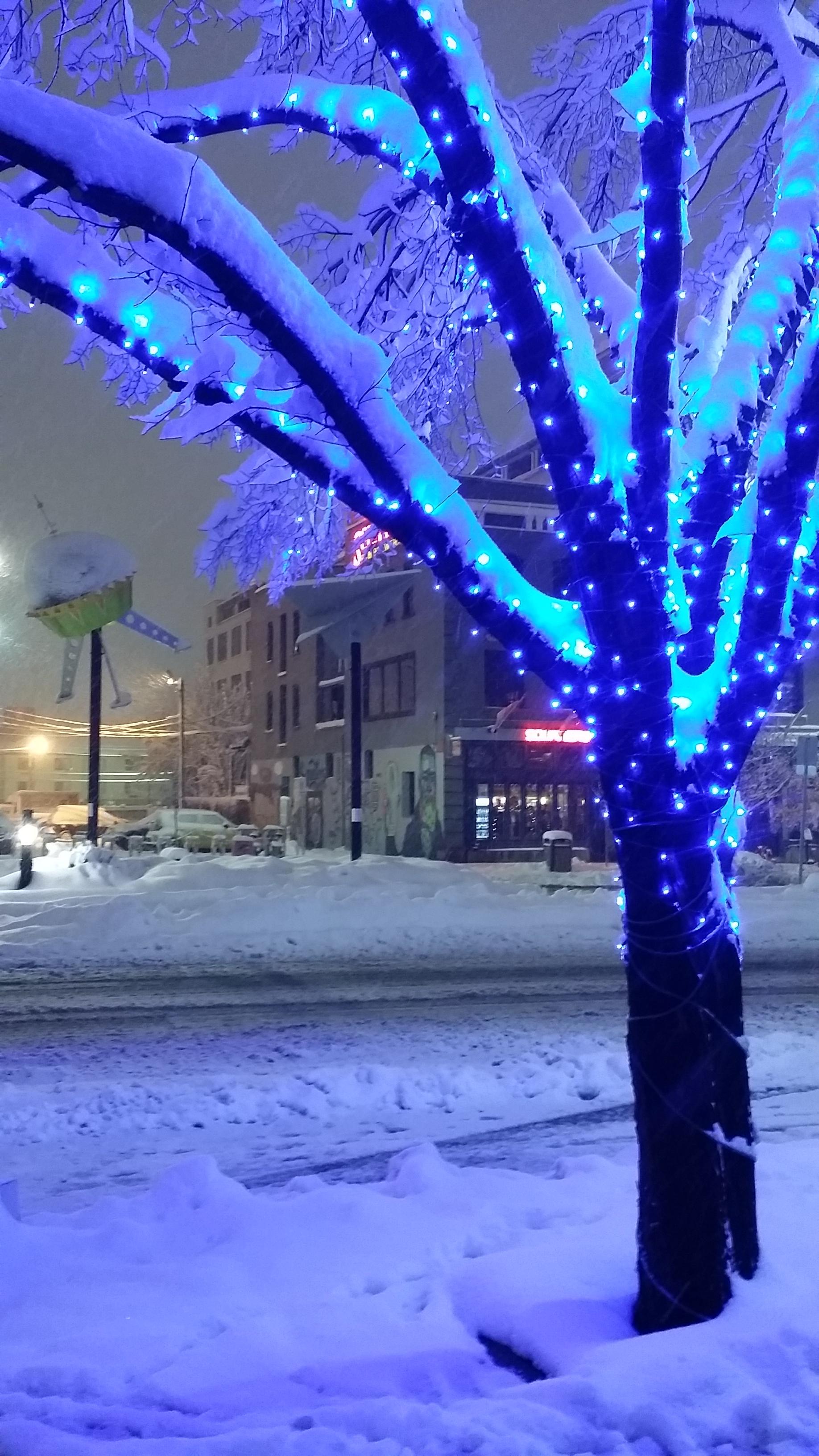 An interesting read. Much more calm and methodical than the kinds of assessments that pass through places like ZeroHedge (which are interesting but impossibly extreme, we hope...). The sky is unlikely to fall. But, I can't help but wonder if there is something we are all missing when we put on our reading glasses and calmly look at the future.

It's more that you can't say one thing is worse or another better. At least not in a technical sense. Things just change. And if something is relatively worse in a given environment, we say it's less fit, but the idea that it's somehow turned around doesn't match how the process worked. It always goes forward.

Devolve is just evolve with a d. Evolution can't go backwards unless we can reverse time and/or the second law of thermodynamics. There is no more or less evolved. There may be fitter or less fit, but that is relative to the environment, not an abstract idea of normalcy suggested as by "devolve".

That's at least how this biologist sees it.

Now, as a biologist I have to take exception as well ;) There is no such thing as de-evolution! (I jest and get what you mean.)