more pics than the old article :

so cult, or simple pasture :

But I can google "prehistoric corral." 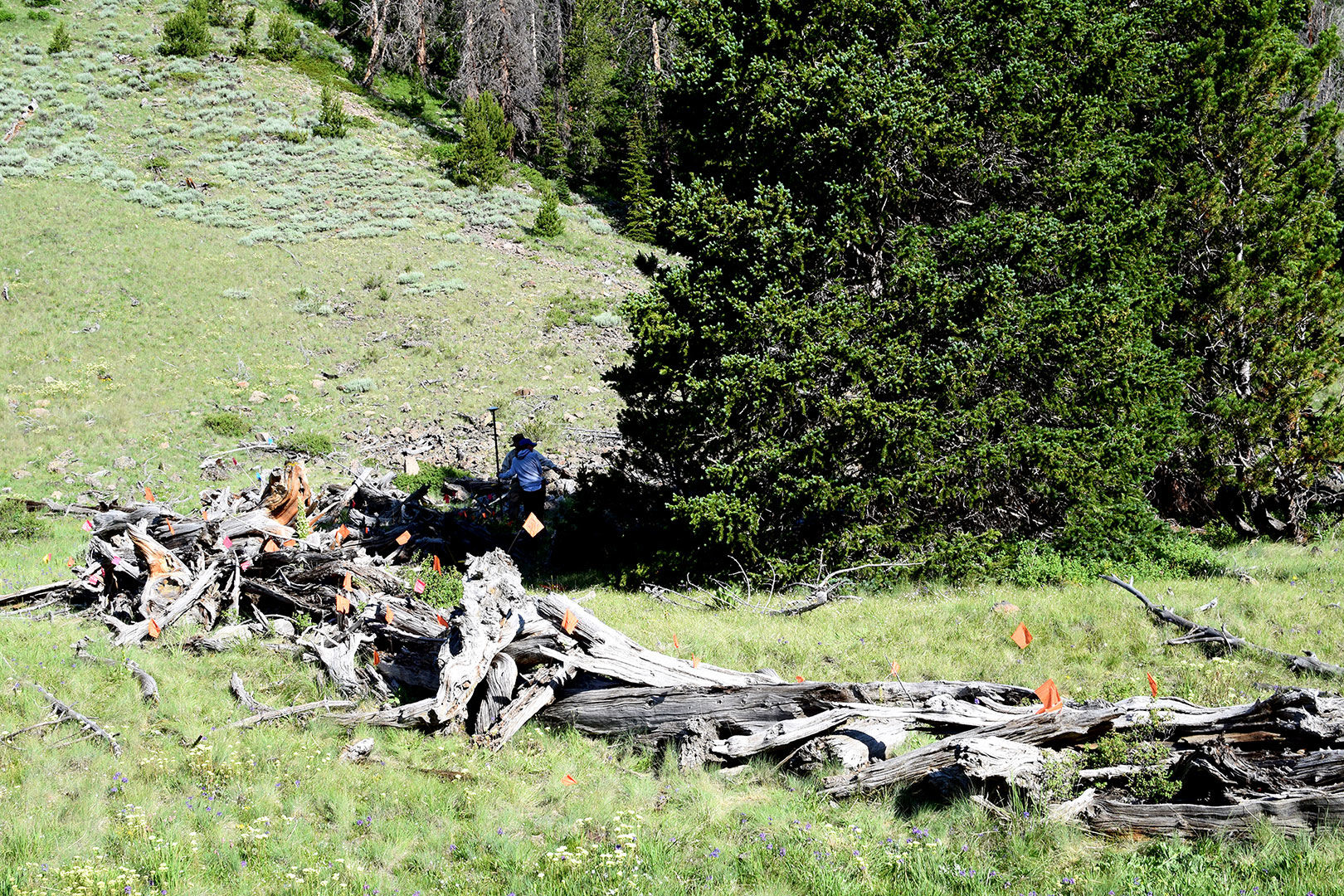 One of the few historic images of a bison pound. In this drawing, by George Back, horsemen chased bison into a wooden circular corral. In prehistoric times runners would have pursued them on foot. Hunters hid around the pound fence ready to dispatch the animals with spears, bows and arrows, or firearms. The camp was usually nearby, hidden and downwind from these nearsighted animals with an incredible sense of smell. (Library and Archives of Canada, C-33615) 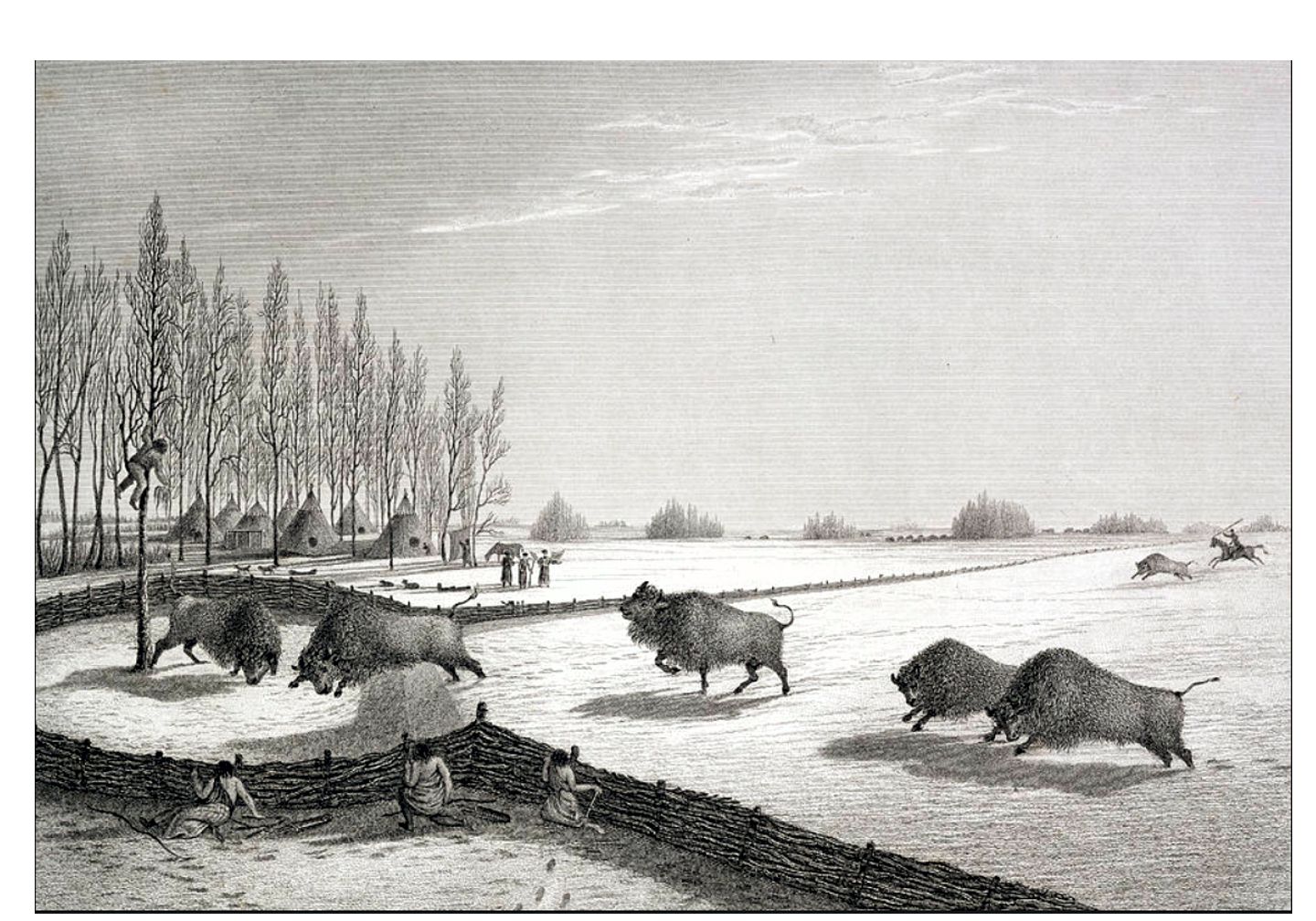 This drawing of an Assiniboine buffalo park or surround by Edwin Thomas Denig (from Indian Tribes of the Upper Missouri. 1930:532. Annual Report of the Bureau of American Ethnology). The pound requires some key components to work. A long drive lane is spread out to funnel the animals in. A set of hills, dunes, or trees are present in front of the corral to hide it from the animals. An elevated ramp near the entrance prevents the animals from escaping. In the center of the corral there is a medicine mast (usually a striped tree) with charms attached to it by the grand-master of ceremonies. The buffalo caller.

“Success depended upon too many circumstances. The ground had to lie correctly; timber should be available; the game has to be fairly plentiful and within easy reach. Also, someone able to guide the animals in the right direction was indispensable. Under the most favourable conditions, too, the herd often escaped.” (from Robert Jefferson, 1929. “Fifty Years on the Saskatchewan.” In Canadian Northwest Historical Society Publications 1:1-160) 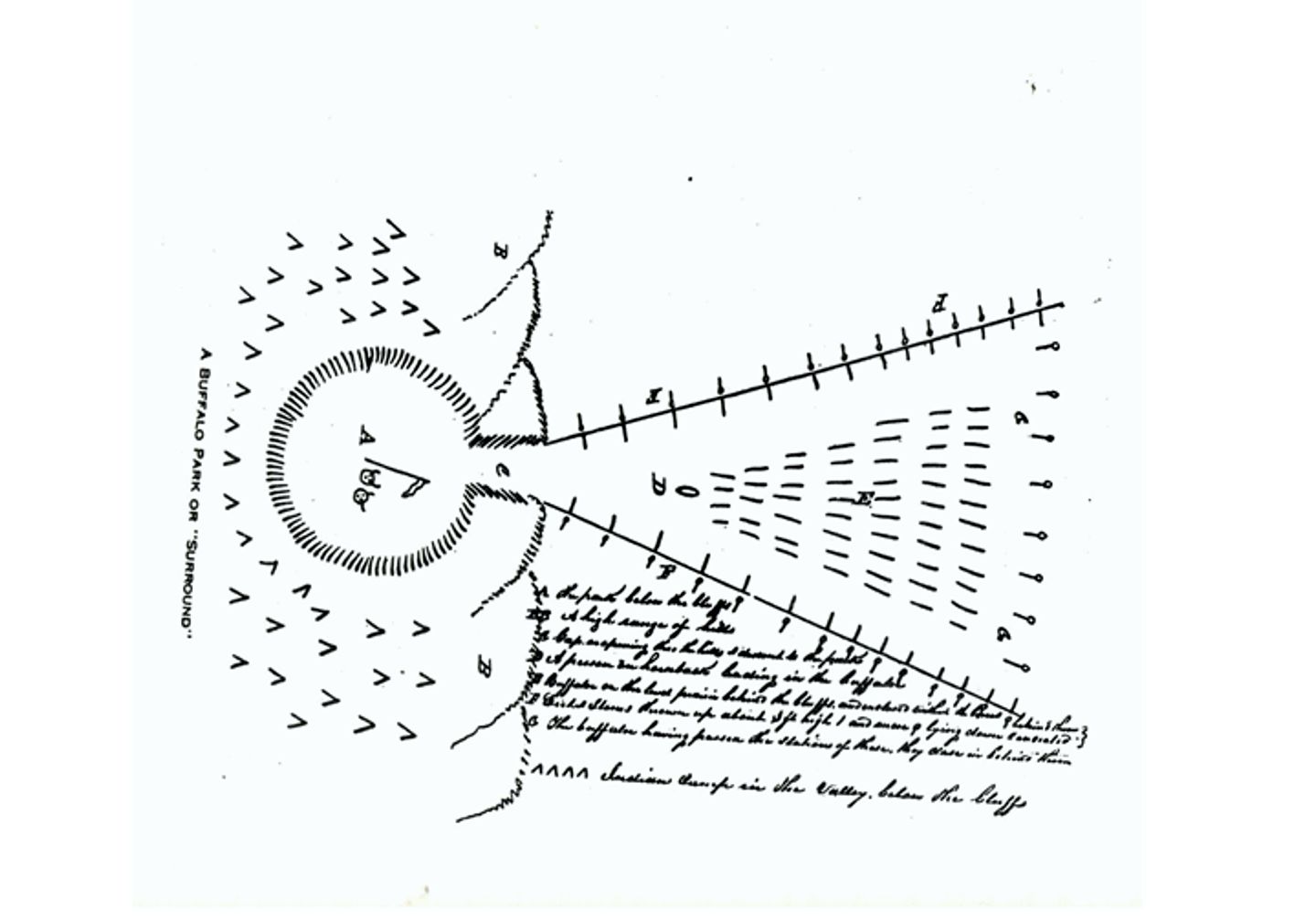 I can even google "corral building tips" (and find "aurochs consulting!")

3. Put your rails on the side that will see the most pressure.

This isn’t an iron rule, but as a general rule, you should put your rails of a fence away from the chute because that’s the way you’re going to be forcing cows to move and that’s the way that will see more pressure.

The reason is that the fence is stronger this way. The cows are pushing pipe against the post, not against a clip that is welded (often not that well) to a post. 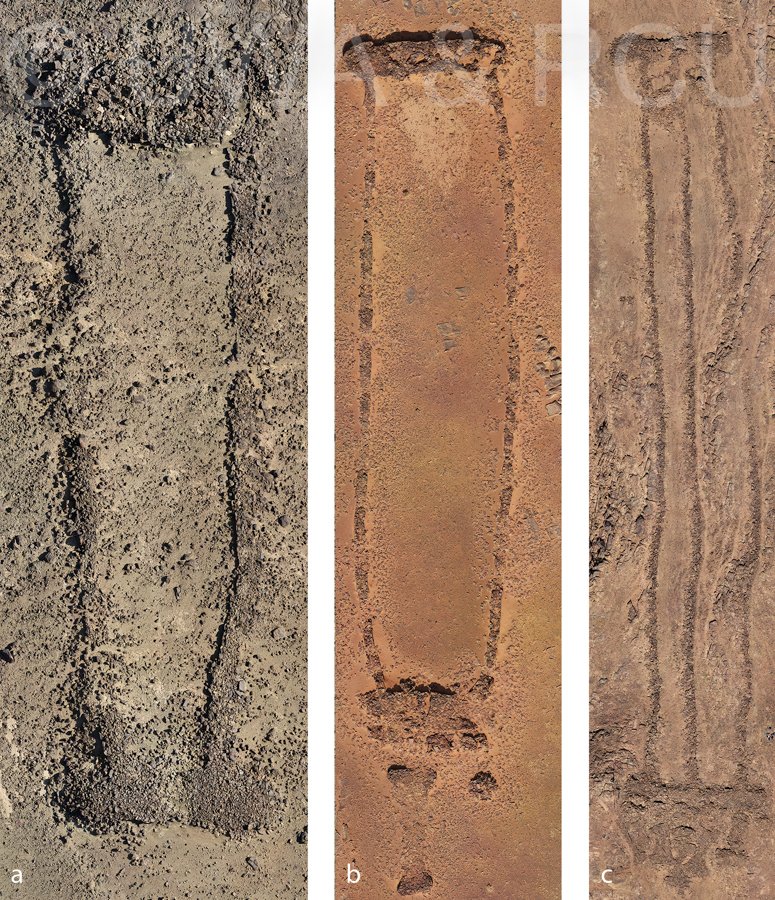 I love this shot by the way: 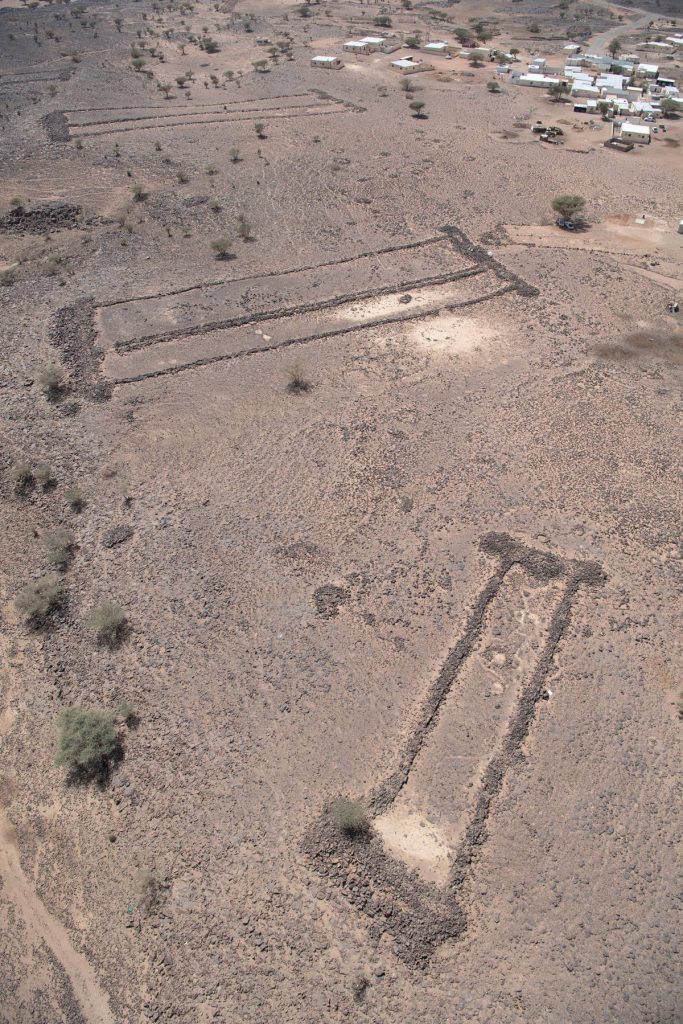 Never mind the village in the upper right. Naah, I love the paddock on the far right with the cars parked under the tree.

I mean look. You only need to drive across Texas once to know forever what cattle country looks like. And it sure seems like the hypothesis that these are corrals built out of the most-available local material should at least be humored. Going back to the bison pound,

In the center of the corral there is a medicine mast (usually a striped tree) with charms attached to it by the grand-master of ceremonies. The buffalo caller.

So if the First Nations people put a good luck charm in the middle of their buffalo trap, I can totally see prehistoric Arabs putting a cow skull at one end for good luck. That doesn't make them a "cattle cult" any more than a lucky rabbit's foot makes the bearer a member of a "rabbit cult." And it doesn't make these religious structures any more than a horseshoe over a door makes the house a church.

By all means let's study 'em. I am 100% behind the efforts to move the center of history away from Europe. But let's not presume that anything remaining is evidence of superstition, as opposed to ingenuity and hunger.

Experts had previously raised numerous theories as to the structures’ purpose, including as animal enclosures, burial sites

I think it's limiting that archeologists have only considered utalitarian uses for these sites.

When civilizations 8050 years in the future find our football stadiums, will they assume them to be religious spaces?