a thoughtful web.
commentspostsbadges
Good ideas and conversation. No ads, no tracking.   Login or Take a Tour!
comment by kleinbl00
kleinbl00  ·  1080 days ago  ·  link  ·    ·  parent  ·  post: The Mobility Trap: “We just enable [people] to live and work farther away from each other.”

People ride the bus where it makes sense. They don't where it doesn't.

Theoretically I could ride the bus to the grocery store. It'll cost me $1.75 each way. It's 4 and a half miles. And the last time I tried it I waited ten minutes, recognized the bus wasn't coming, started walking and was in sight of the store by the time I saw a bus. It was literally running 45 minutes late. As in, it's supposed to come by every 12 minutes and it didn't run at all. For 45 minutes.

ST3 is gonna cost about 54 billion dollars. It's going to take light rail all the way from the airport (where it already is) up to the park'n'ride by my house 18 miles away. And once it's running, it'll get me to the airport in two and a half hours.

You're not wrong. Public transport is theoretically more dense and consistent than driving a car. But like every other sanctimonious mutherfucker that says "take the bus" my answer is "have you tried that lately?"

Here's one of my local crazy people from the river. It rained a lot in January so they were all adrift and looking for shelter. She got on the third bus in the odyssey, got confused, started screaming for "MAMA!" and refused to sit down or get out of the way. So we all got to wait 45 minutes for Metro to dispatch another bus for us to get on. And watch as LAPD forceably removed her from the bus, screaming and terrified, only to shut the bus down where it sat as a "crime scene." 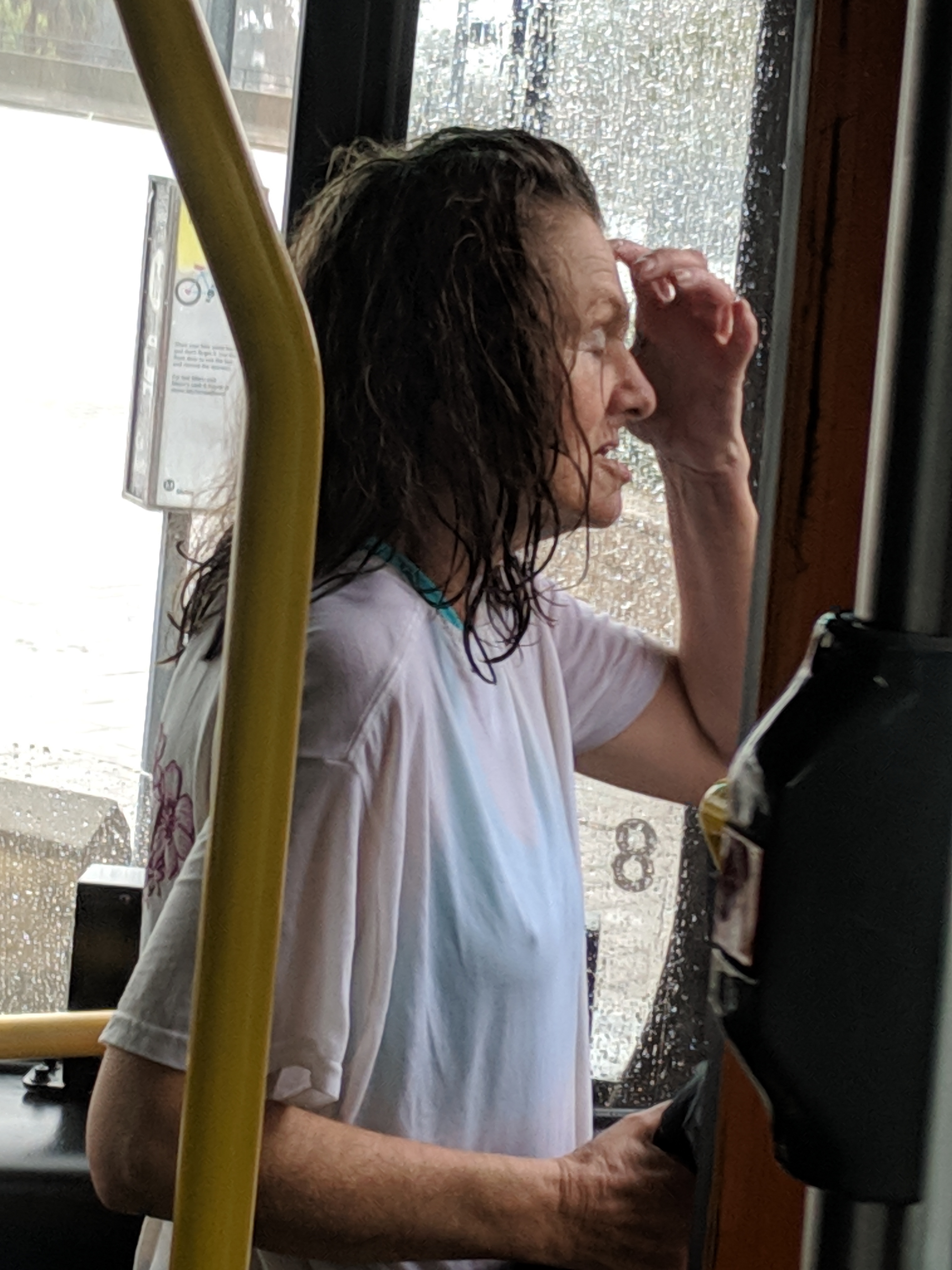 Yeah. Those guys whose commute went from 20min to 40 are gonna eat this shit up.

The frustrating part is that it is possible. I quite enjoyed Calgary's bus system when I lived there. One bus every ten to fifteen minutes. Clean, modern, frequent, no crazies. My bus line was almost never exactly on time, but that is entirely because it had a turnaround time of something like six goddamn hours through cold suburban hell.

It's probably because it's well-funded with oil money. Fundamentally, you need a city structure that benefits bundling rides to similar destinations, and with the absurdly polycentric nature of LA that's never going to be possible.

A friend visited Seattle lately. She was astonished when I told her Washington has no state income tax. "Why are your roads so much better? Surely your sales tax is higher?" No, lower. "How are you able to do it then?

Unfortunately, graft and corruption are one of the principle aspects of mass transit in the United States. Seattle spent $125m expanding the monorail without breaking ground on anything.