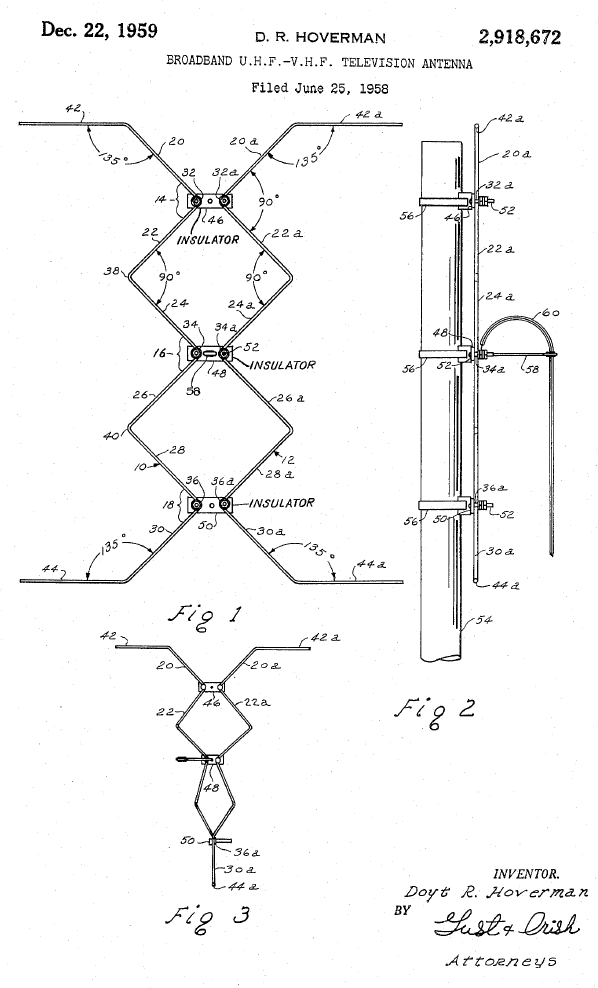 The patents expired after 20 years, but the design does not resemble the various shapes of rabbit ears I remember adjusting in the 1980s.

"Boy, this antenna is hot. I finally got it pointed right. After I did a search for channels, I got 23 digital channels, and this is from about 30-40 miles, over mountains. I now get all 4 digital network channels from DC, 48, 36, 39, 34 (ABC, NBC, FOX, and whatever the other one is, PBS, MHZ, and a 6 channel digi mostly religious station. I was not really interested in the analog channels, but they were the only ones I could measure with the analyzer. This antenna is a vast, and I mean REALLY VAST improvement over anything I have used." -- DogT

Having recently cut the cable, I decided to try a build. There wasn't much on TV. 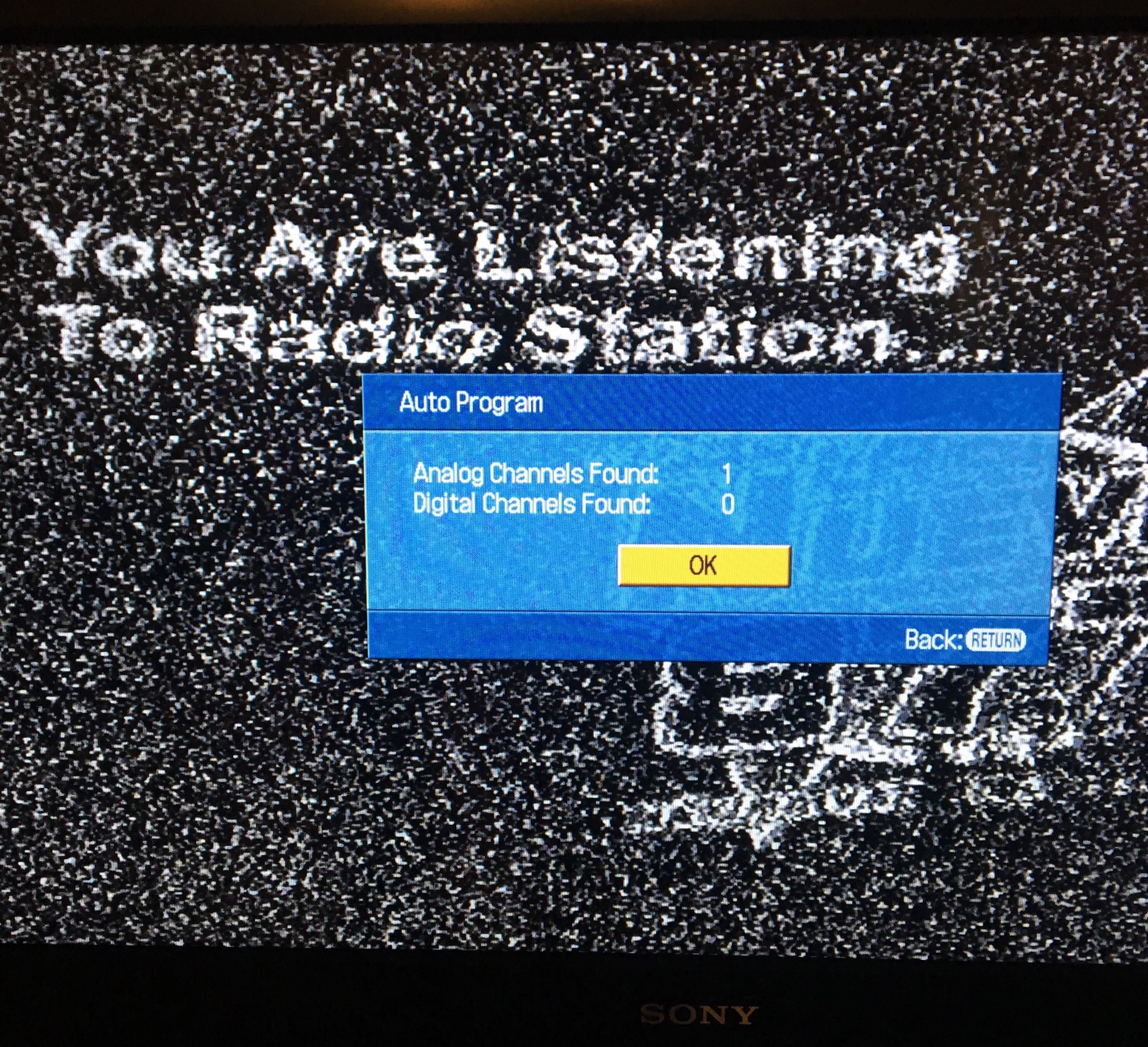 The instructions I followed required $12 in materials: $6 for a roll of copper tape and $6 for a balun, the little adaptor that connects coax cable to the antenna. I used to have some in a box of electrical junk, but must have thrown the last one out some time after getting rid of the last set of rabbit ears. Who knew over-the-air broadcasting would ever come back? I had a sheet of cardboard on hand and sketched the pattern with a ruler and pencil. 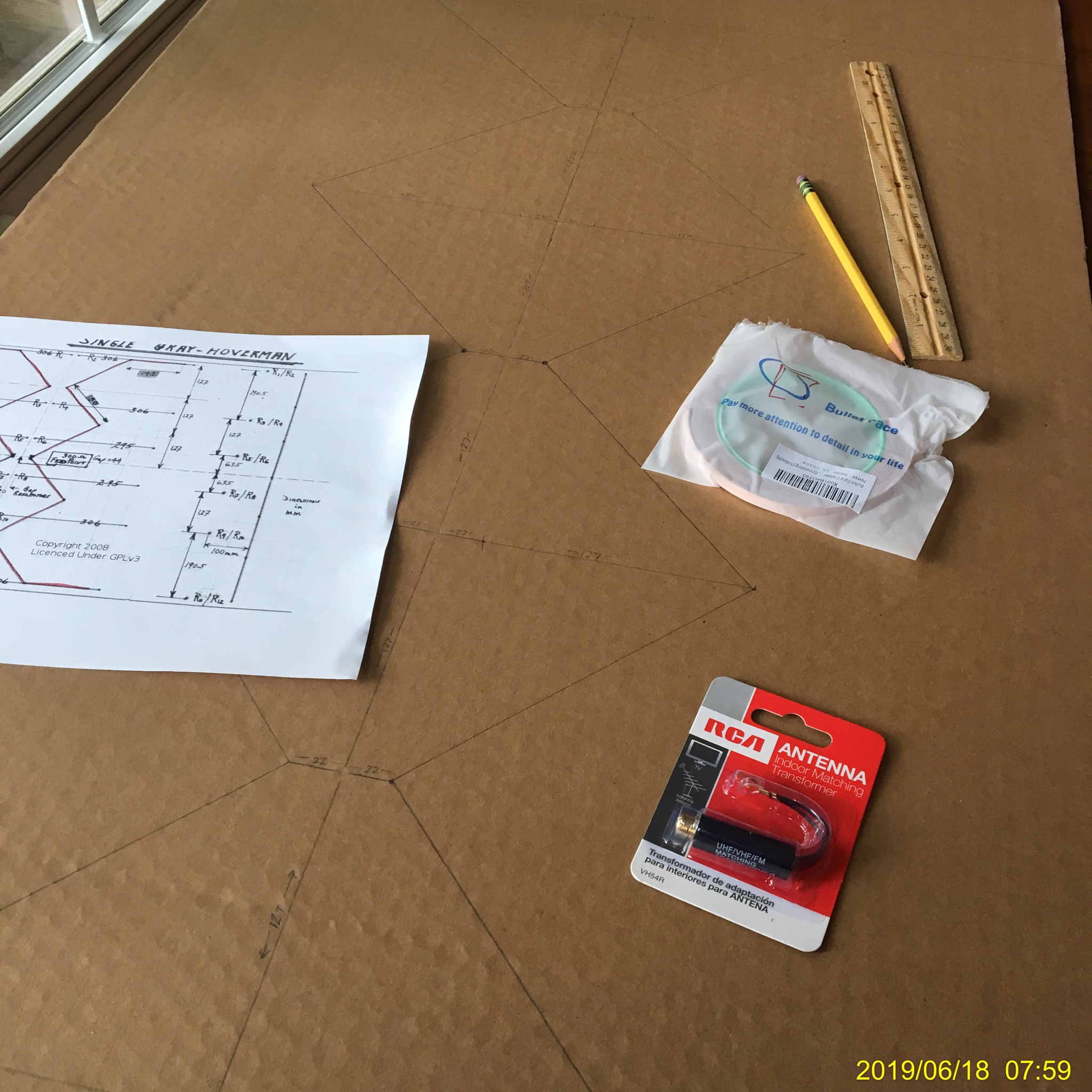 "Pay more attention to detail in your life" was the nagging reminder on my package of copper tape, and the build instructions suggested millimeter precision for the gaps, but other people made antennas by bending copper pipe by hand and eyeballing the dimensions. I did my best with the copper tape and secured the balun with office tape. 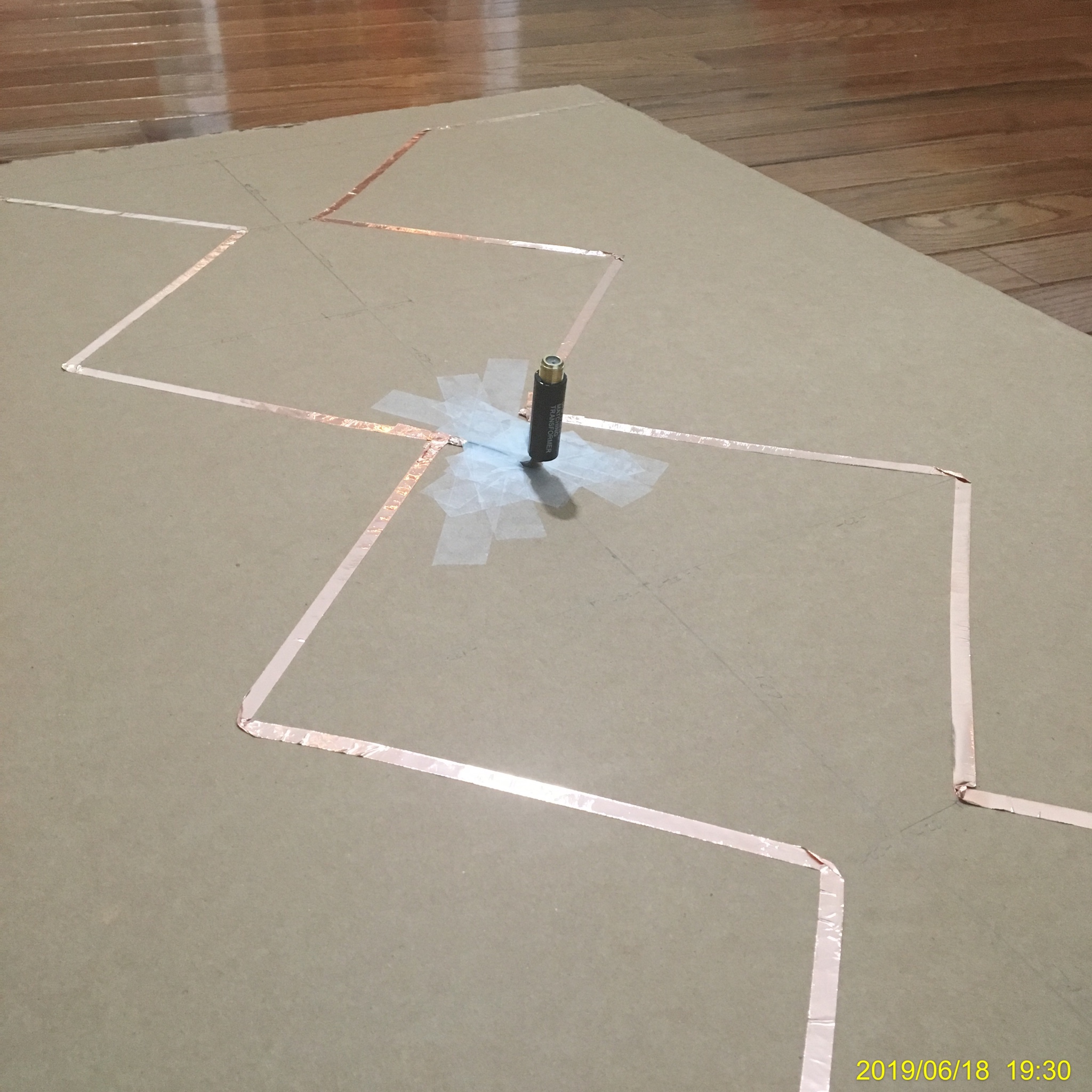 Initial results were not very promising. 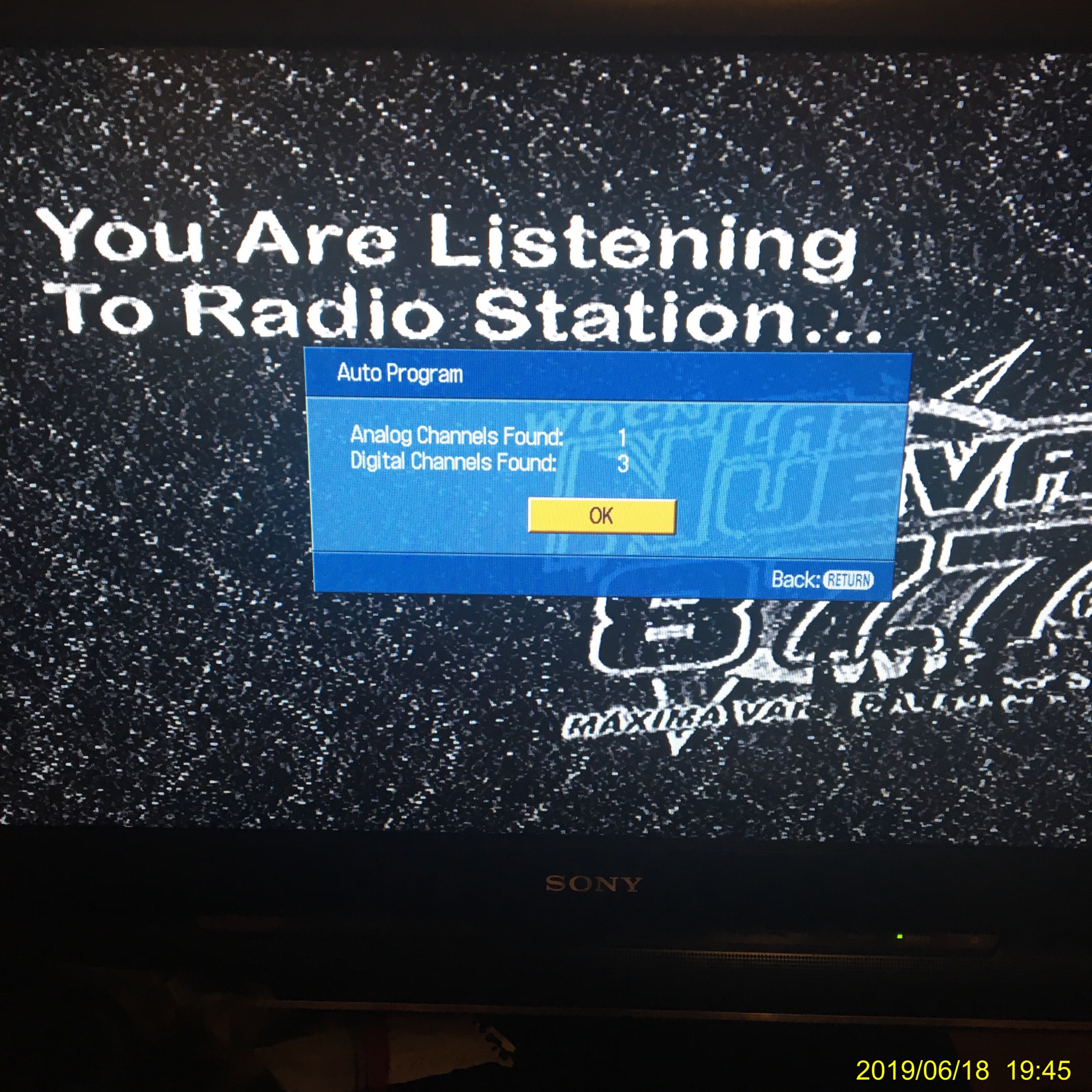 But then I checked TV Fool to get a coverage map and chart of all the analog and digital channels broadcasting 100 miles around. Oriented toward the source, the antenna picked up several digital channels. 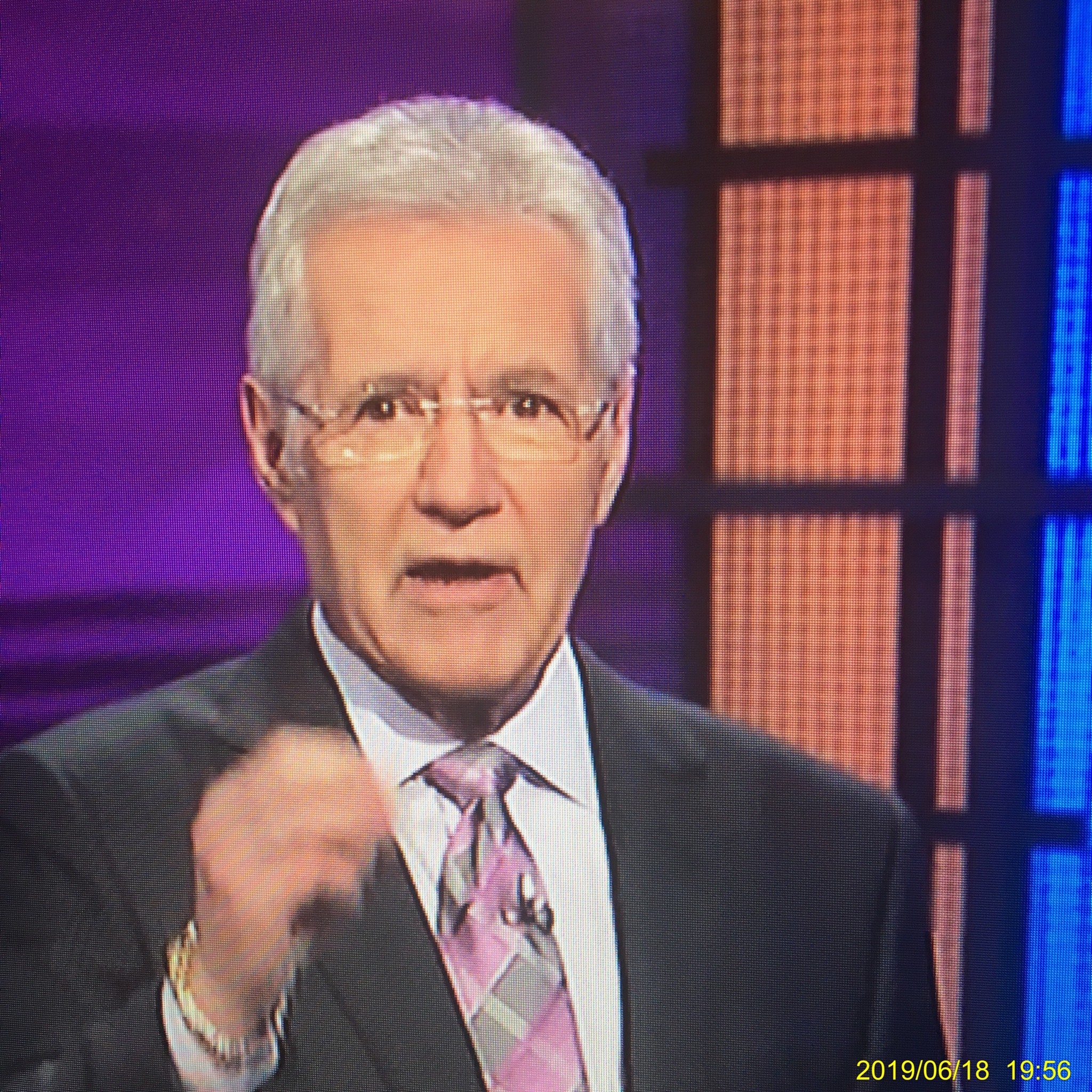 With all-or-nothing digital reception, the pictures were better than I ever got in the 80s. 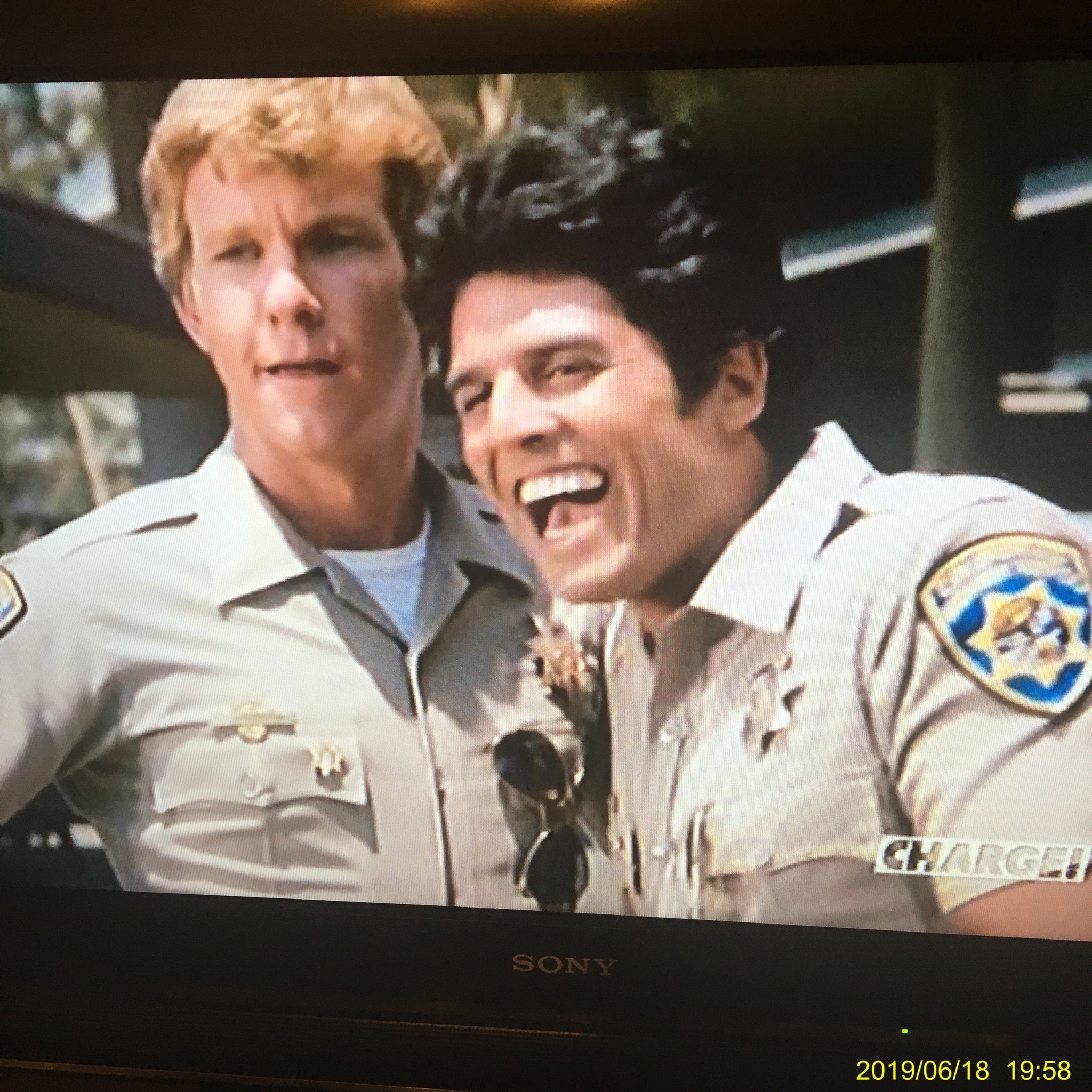 There's still not much on TV, but a live broadcast of a Flying Wallendas stunt was pleasantly distracting. 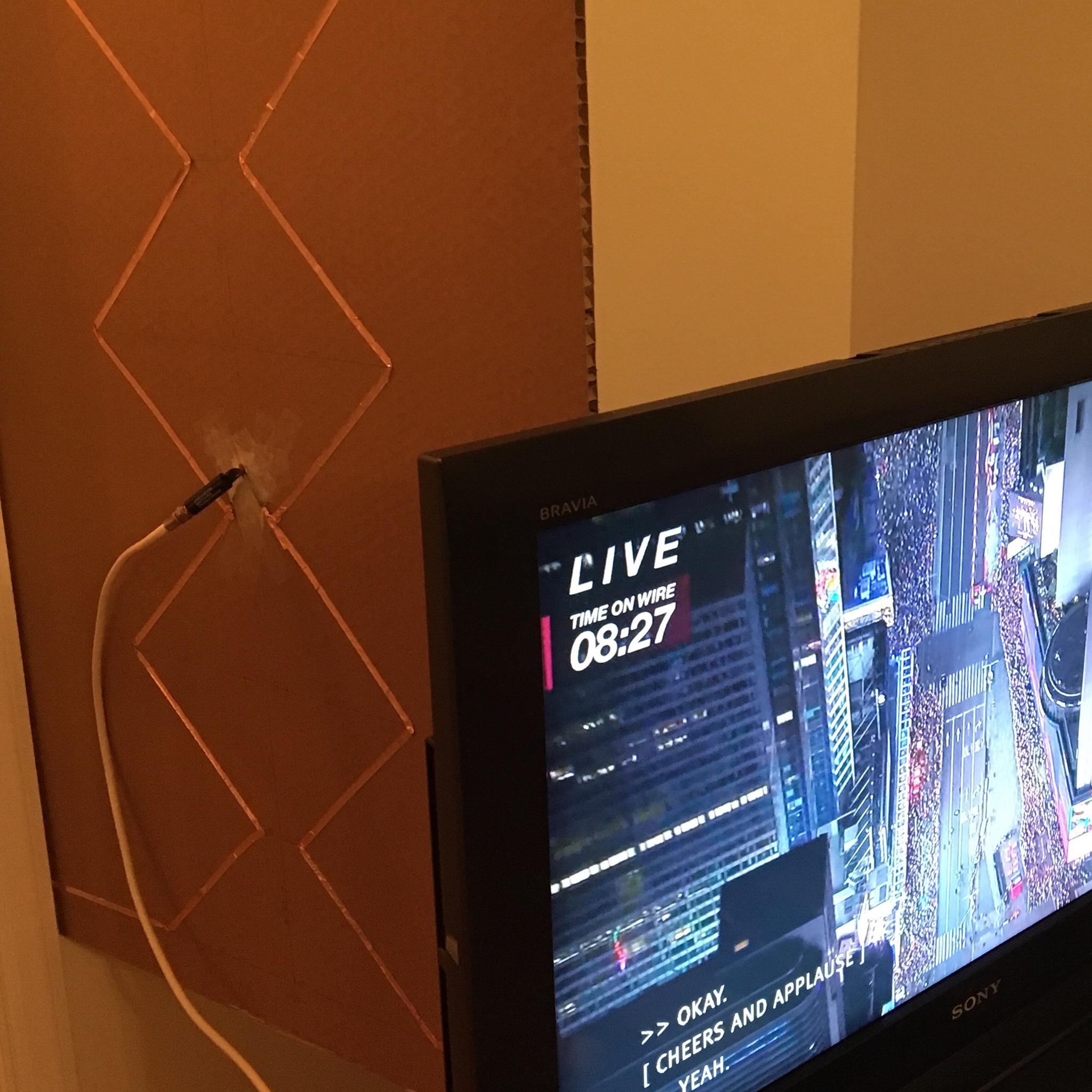 Another motivation is to be able to tune in to the World Cup final on Sunday, though I couldn't drum up any interest with the baseball-loving kid. Over breakfast, he gave the usual arguments for why soccer is boring, finishing with a stunner: "Would you rather watch a soccer game or watch a penny?"

Oops. I had the (Sony Bravia) TV set for “cable” reception. When I turned that off and ran the auto-tune, all the local channels came in. 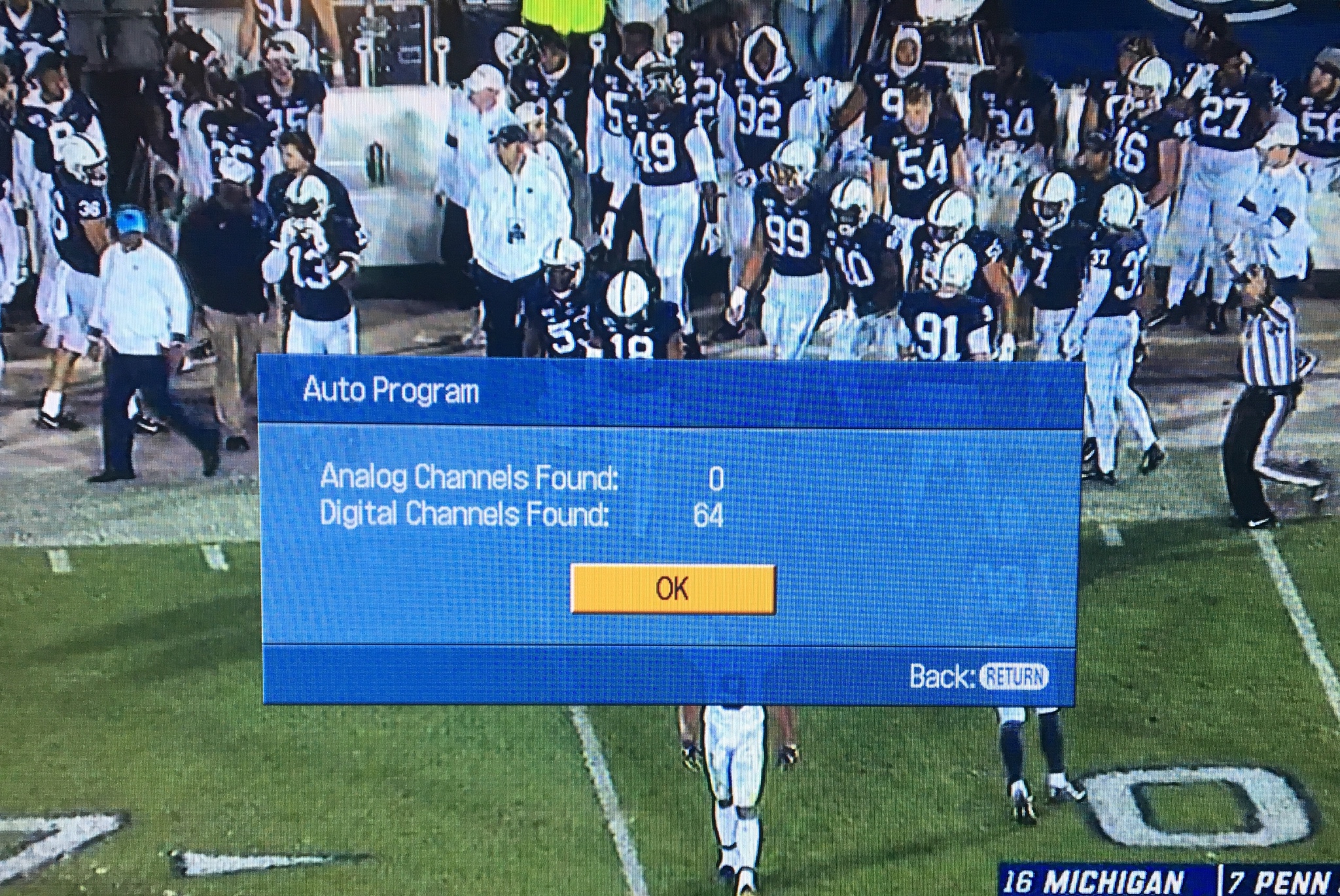 Just in time for the World Series.

Interesting. It seems like this is fundamentally the design of modern "HDTV" omnis available from Channelmaster and the like:

I've been using a Stealthtenna for a few years now which manages to pull down every channel but PBS (ATSC 9 is in an awkward place). But then, every channel but Fox is within about 2 degrees for me so I can do stuff like that.