I am a fan of Farhad Manjoo but this is a stupid article.

Other than Uber, the hypersuccessful granddaddy of on-demand apps, many of these companies have come under stress.

I wonder if we can figure out why? Sorry. That was facetious. Let's explore why, since Manjoo doesn't.

Things have since changed, and not for the better. Luxe is less reliable and prices have gone way up — where I park in San Francisco, Luxe now often charges close to $30 a day, a rate that exceeds local lots, especially when you include the app’s suggested tips for valets.

Look at grocery shopping. Last year the grocery-delivery start-up Instacart lowered prices because it thought it could extract extra revenue from supermarket chains, which were attracted to the new business Instacart was bringing in.

Or consider delivery services. Postmates, one of the most established on-demand delivery start-ups, began as a premium service that charged extraordinary fees — 50 percent isn’t unusual — for the convenience of getting just about anything delivered anywhere. That premium has kept the company’s unit-economics in the black. Postmates does not lose money on the bulk of its orders.

But high prices left the company vulnerable to lower-priced competitors, including the relatively newer entrant DoorDash, which has received piles of funding from Silicon Valley venture firms (the company announced a $127 million funding round on Tuesday after struggling to raise some of the cash).

Last year, Tri Tran, the founder the of food-delivery company Munchery, told me he expected prices for most dishes on the service to come in at under $10 a person. Today Munchery’s prices are pretty much unchanged. When I asked the company what happened, I got no real answer from a representative.

"Hey, KB!" you say. "Looks like there's a billion dollars sitting just in those examples alone! How on earth could they be failing?"

But Uber’s success was in many ways unique. For one thing, it was attacking a vulnerable market. In many cities, the taxi business was a customer-unfriendly protectionist racket that artificially inflated prices and cared little about customer service. The opportunity for Uber to become a regular part of people’s lives was huge. People take cars every day, so hook them once and you have repeat customers. Finally, cars are the second-most-expensive things people buy, and the most frequent thing we do with them is park. That monumental inefficiency left Uber ample room to extract a profit even after undercutting what we now pay for cars.

- but most important, NINE FUCKING BILLION DOLLARS TO BLOW THROUGH.

So are they profitable?

“Shock, horror, Uber makes a loss. This is hardly news and old news at that," Uber told Business Insider in a statement. "It’s the case of business 101: you raise money, you invest money, you grow (hopefully), you make a profit and that generates a return for investors."

Uber's net revenue in the first and second quarters of 2013 was a combined $32 million, according to the document, and its numbers for the second half of the year were about $72 million, bringing its 2013 annual revenue to $104 million in total.

Let's review: Uber, which is basically an app and the people to provide for its care and feeding, has nine billion dollars to spend and brought in about one percent of that in actual business revenue. That's as if you opened a lemonade stand with a hundred bucks of grandma's rainy-day fund, sold one glass of lemonade for a buck, and were declared the second coming of Sam Walton. Except with a lemonade stand you'd have to invest in commercial space, inventory, workers, all that tedious brick'n'mortar shit. It's more as if grandma paid you $100 to write a lemonade stand app, one person downloaded it and suddenly you were speaking at SXSW.

This fuckin' "on-demand" economy. We saw that shit in '99. Know why HomeGrocer.com went under? 'cuz you can't deliver groceries for the same amount of money you can buy them for and somehow turn a profit. Know why Pets.com went under? 'cuz Petco plus crazy-expensive ad campaign plus waiting six days for a chew toy equals Petco kicks your ass. AirBnB, Uber, Lyft, the lot of them exist for two reasons:

(1) they aren't required to make money

(2) they haven't been required to obey the law

There's a Blue Apron box on my porch right now( $193m in 4 rounds). They're basically grocery delivery with weird package sizes and slick little recipe cards. And they're the "giants of the space" but we've noticed over the past year that they're... well, they're skipping the vegetables now. Price hasn't changed but we're getting less. And that's for the same reason all these companies are struggling:

"It’s the case of business 101: you raise money, you invest money, you grow (hopefully), you make a profit and that generates a return for investors."

Here is what we are witnessing: the end of the on-demand dream.

Maybe we're just witnessing the part of the program where people realize that businesses are supposed to make money. Again, been there, done that, got the dead muppet. 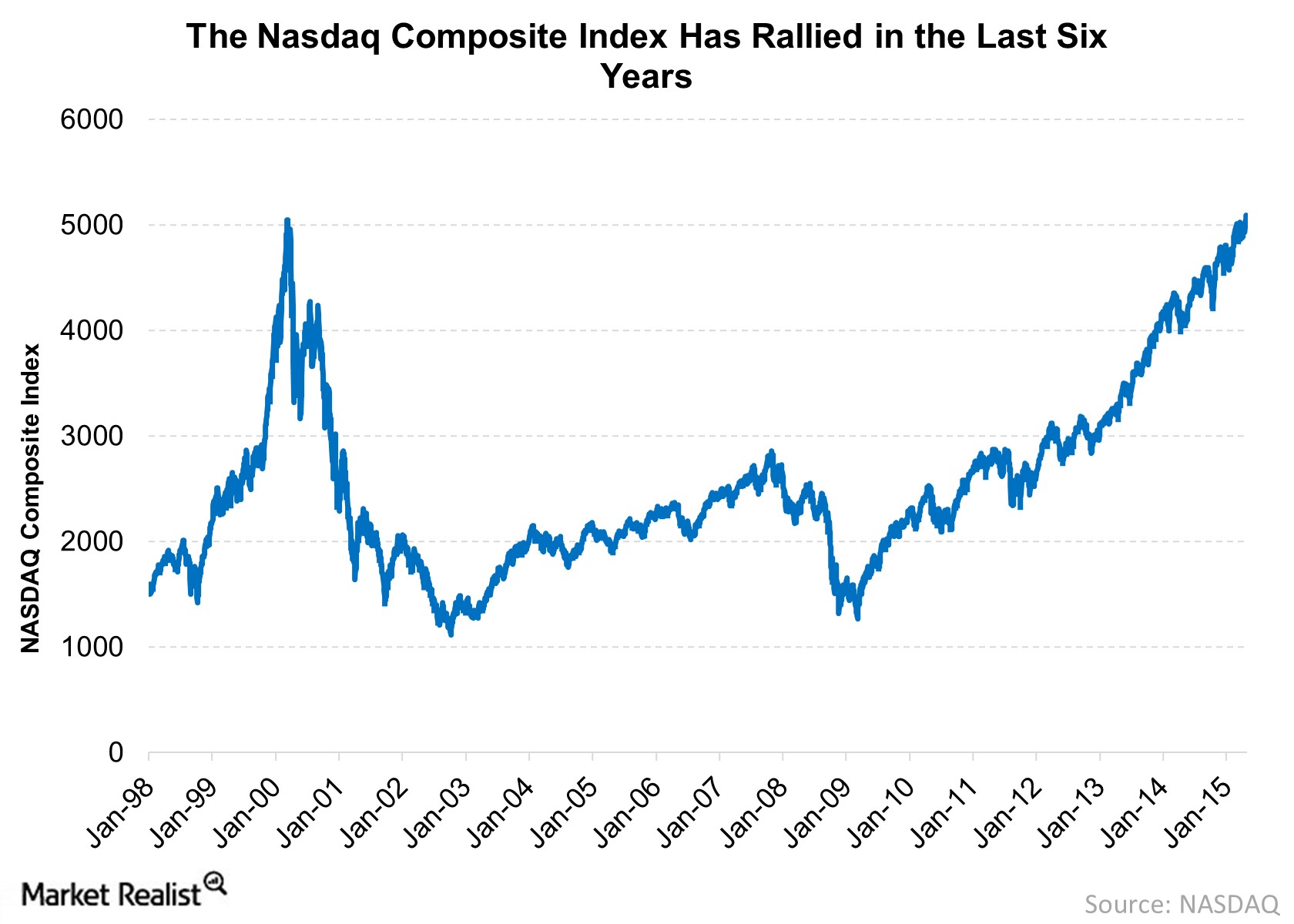 It's also hilarious that Uber is the "granddaddy" and "successful" considering they're like ten minutes old and definitely not successful by any standard accounting method.

It's hard to escape the feeling that many of these new "tech" companies (really they're just glorified service companies with a flashy app) exist only to solve the kind of "problems" faced by the kind of people who would work for such companies. Certainly those people are among the few who can afford such services.

Who else but a 60 hour a week techy can need and afford a subscription service that delivers a complete outfit in a box once or twice a month?

Who else really truly can't find the time to go grocery shopping once or twice a week and is able to afford the deliveries?

Sure there are others who fit the bill, but apparently not enough of them for these companies to make a profit.

I agree that the author props up Uber a big too much, but aren't the two of you in agreement about all of the other companies? That each and every one of them can't sustain themselves without VC subsidies?

If anything, Uber stands out from the rest in that it hasn't had to raise baseline prices (yet). And also, (imo, more importantly), it keeps the number of middle-men the same, rather than increasing it. But I'm still waiting patiently for the world of software startups to implode, so maybe that's just me projecting over the author's missing gaps.

Edit: Went back and scanned the article, barely any mention of VC's, I guess I'm mixing up and in comments I read elsewhere...

Uber is sitting on a giant pile of cash but you're right - they haven't raised prices.

They cut rates instead.

That's because Travis Kalahnik is a dick.

I would argue that Uber stands out from the rest, because they're not trying to do something new; they're exploiting externalities in a market that is already huge, and doing so in a way that is more convenient than the conventional model. Who really uses Uber because it's cheaper? I don't. I use it when I need a lift somewhere where it's hard to get a cab, especially when traveling without a car and when drunk.

Who really uses Uber because it's cheaper?

I sure do. I'm just old enough that back in my military days we still had to take cabs everywhere while we were in training (weren't allowed to bring our cars with us). Getting a cab wasn't a huge hassle (at least in San Antonio). I use Uber over cabs on the rare occasion that I need a ride these days exclusively because every time I've ever done the math Uber comes out around half the price of a cab for a given trip.

What it does do is force established quasi-monopolies that work in traditional batch operation to move closer to the balance point of the capitalist ideal (e.g. rational actors, free entry/exit to the market - the latter is the relevant issue here).