a thoughtful web.
commentspostsbadges
Good ideas and conversation. No ads, no tracking.   Login or Take a Tour!
comment
tacocat  ·  1312 days ago  ·  link  ·    ·  parent  ·  post: This article brings up a lot of recurring questions I have and I'd love to hear Hubski's thoughts.

What in the Craig T. Fuck?

I say that because I watch amateur YouTube documentaries about serial killers for fun and watched some Elliott Rodgers videos and read his manifesto at some point after the shooting. I'd shoot his fucking mother in 1978 if I knew he'd be a hero and had a time machine.

Bear with me. I have no thesis and my brain is sorta like a wikipedia made of sentence fragments that can still send you down a rabbit hole from Spider-Man to Johannes Gutenberg in two degrees of separation so this may become a rambling mess. Maybe it'll average out to coherence.

I'm incredibly liberal and consider myself an LGBT ally and a feminist. The latter being somewhere between radioactive and a terrorist organization right now for morons. And as a man (ignoring a buncha shit from squawking online morons) is somehwat problematic because, well, I'm not a woman so I have a limited voice in the thing and I feel a little hypocritical. Women wanted to vote and society was like, "Fine ladies, just don't vote for the handsome one. HAHA." Little later society is like, "Well, I suppose you pretty little things can get an easy little job if it makes you feel good. <...you might get raped at work... also that's your fault for wearing lipstick and heels...>" Stupid oversimplifications done, and we're at a point where the conversation can't seem to go anywhere but to the accusatorial in my opinion. Which is why I feel like a hypocrite. I'm not perfect and I'm a man and in order to be supportive I can really only be empathetic which means I have to reflect and the shitty things I've done. None ya damn business honestly, I gotta live with it, but the worst part for me is that as awful as I feel anything I've ever done to a woman is, I know what I've done that I deeply regret is not so bad that it wouldn't bother basically 100% of men who aren't interested in listening and being reflective, self-critical and introspective. The conversation is maybe like, "Knock this shit off!," with the reply of, "Shut up cunts, I'm a good guy and I didn't do anything." Not exactly but I don't know that there is a collective conversation to be simplified for rhetorical purposes for a variety of reasons. We are at the very hard part of change if you ask me where the institutionally powerful are starting to feel heat that can't be ignored or tossed off with meager effort. So you get the sober, benign-seeming academic Jordan Peterson saying essentially that, well, I don't know. Look him up. I think he's awful and I cribbed the thing about lipstick from him. You also get Richard Spencer who is a Nazi.

Not quite apropos of nothing, but my recent roommate was "opening up" about how bad it felt that his recent ex girlfriend wouldn't have sex with him sometimes when he was in the mood and that was fucked up "because guys always wanna fuck." And I just gotta sit there, not look at him and be like, "Uh yeah. Life's rough." I've been around a bunch of bros for about a year and he's comparatively not so bad to the worst I've seen and heard. FFS.

I feel that current feminists, cultural progressives, people who I generally agree with have something of a messaging or branding problem. Compared to some alt-right leaked strategy they're almost a bunch of five year olds running around with scissors or a class lecture with forty professors speaking at once. Depending on my mood. My oldest reddit account is over ten years old. I was on /b/ until I (quickly) got bored. No word is off limits in my vocabulary, I'm abrasive and down-right rude in person sometimes and I do not give any shit's about offending anyone and if I massaged and edited that some it'd be safe to assume I may be an MRA or something awful (LOL, I'm so clever). Like, Lena Dunham (who I do enjoy with caveats but needs to STFU sometimes) is arguably one of the most prominent, if not vocal, feminist voices you may have a problem. Gloria Allred she is not. (I'm losing steam, here. Sorry.) But fuck, fight about what you care about like you give a shit and don't worry about triggering someone to go off to the safe space. We need more vocal, tough ladies like _refugee_ and maybe Emma Gonzales than Dunham's faux intellectualism and what I hear about is going on on campuses. Fairly or unfairly it's based on something. I don't know because I'm 35 but umm, fuck your safe space. 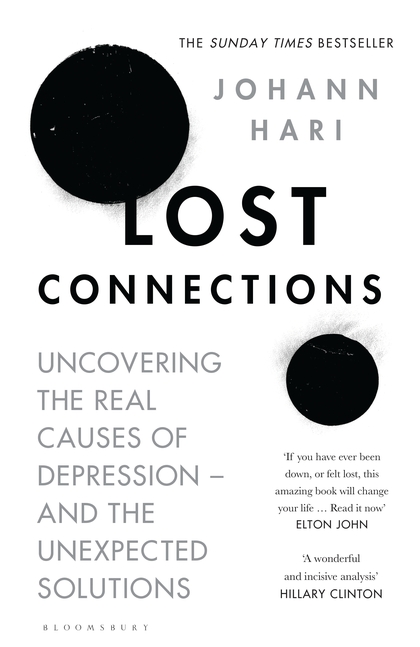 And drinking the Kool Aid.

Hari seems to have a point that a lot of our problems are due to a lack of meaningful connection. We're clever apes who figured out how to work together to help each other to survive which led to civilizations which led to simulations of civilizations where like minded toxic people can use that instinct to become worse. Isolation is absolutely a huge problem. Not because some losers can't sack the fuck up and realize they are the reasons that they can't get a girlfriend and are not entitled to a quick fuck. (Well, maybe in the instance of the van attack it is.) We are collectively doing nothing to combat isolation and are encouraging it with any number of reasons ranging from the grinding and meaningless tedium of the service economy to placing the value of a matching Askvoll chest over meaningful connections that I'd wager have always been rare and are now down to an average of 0.

I tap out. I gotta go watch cats fall off counters on Youtube or something.