I went to a game Monday with one of the Little League dads and the boys. The home team trails the league, has been eliminated, and was shut out. We mostly talked about trains. It was great.

Great job! Starting a half-marathon after three hours of hard cycling (and a swim!) must be daunting. Do you practice the transitions or is it all autopilot by now? I picture myself halfway through the run and finding my goggles are still on.

Heh, the LAOIN group lets you search the five billion source images they provide for AI training, and it turns out there are an awful lot of cat fighter pilots on the internet, many of them head-and-shoulder portraits wearing heavy jackets and gazing to the right. "cat pictures — that essential building block of the Internet."

Last night I used most of my free allotment trying to recreate the excellent illustration of the Dyson car, to prove that professional artists will soon be as relevant as blacksmiths. 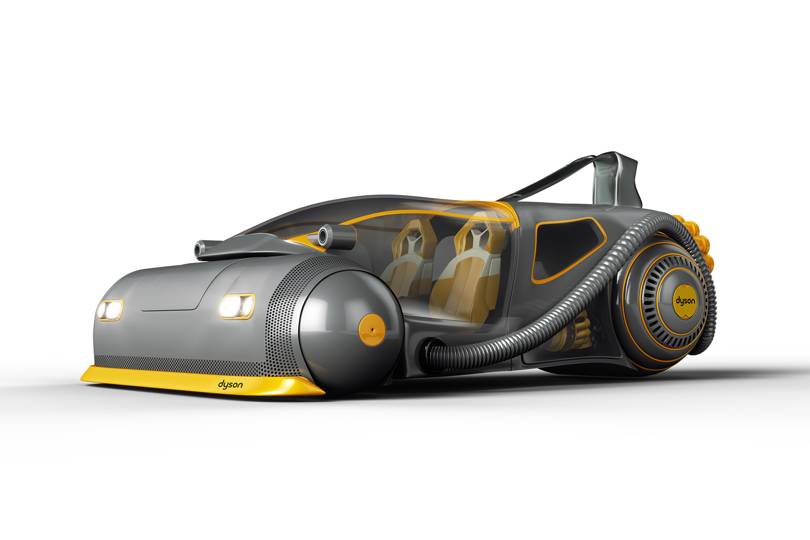 But even the best-looking "Dyson car with yellow trim" fails to look much like a vacuum cleaner. 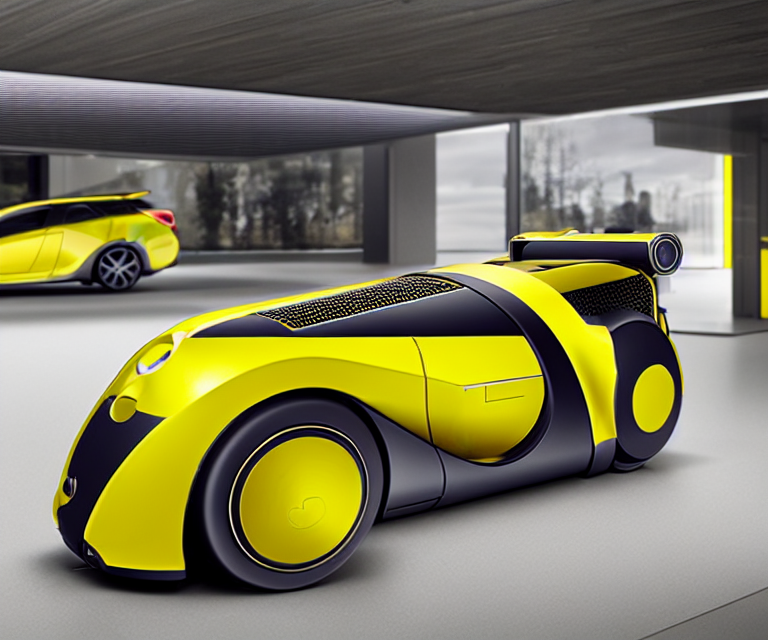 Today I only got one free image before being prompted to check my membership status. 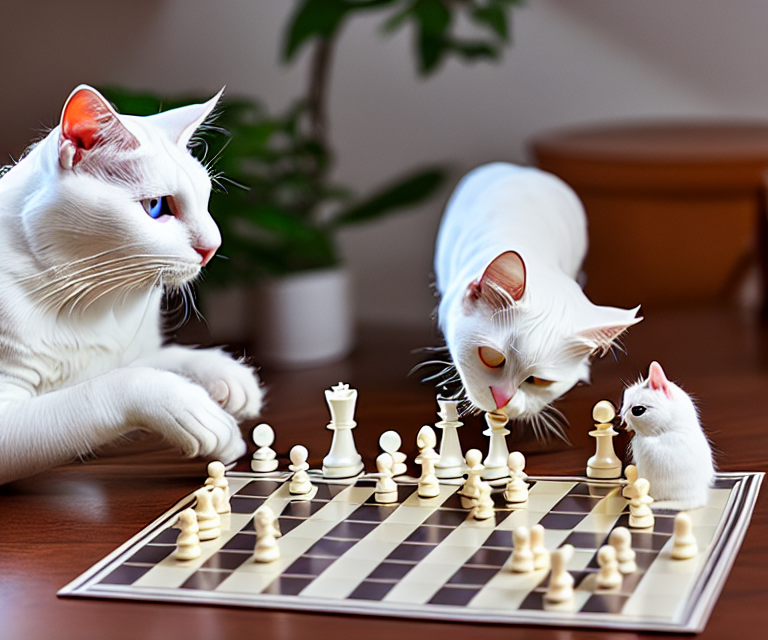 johan you getting this 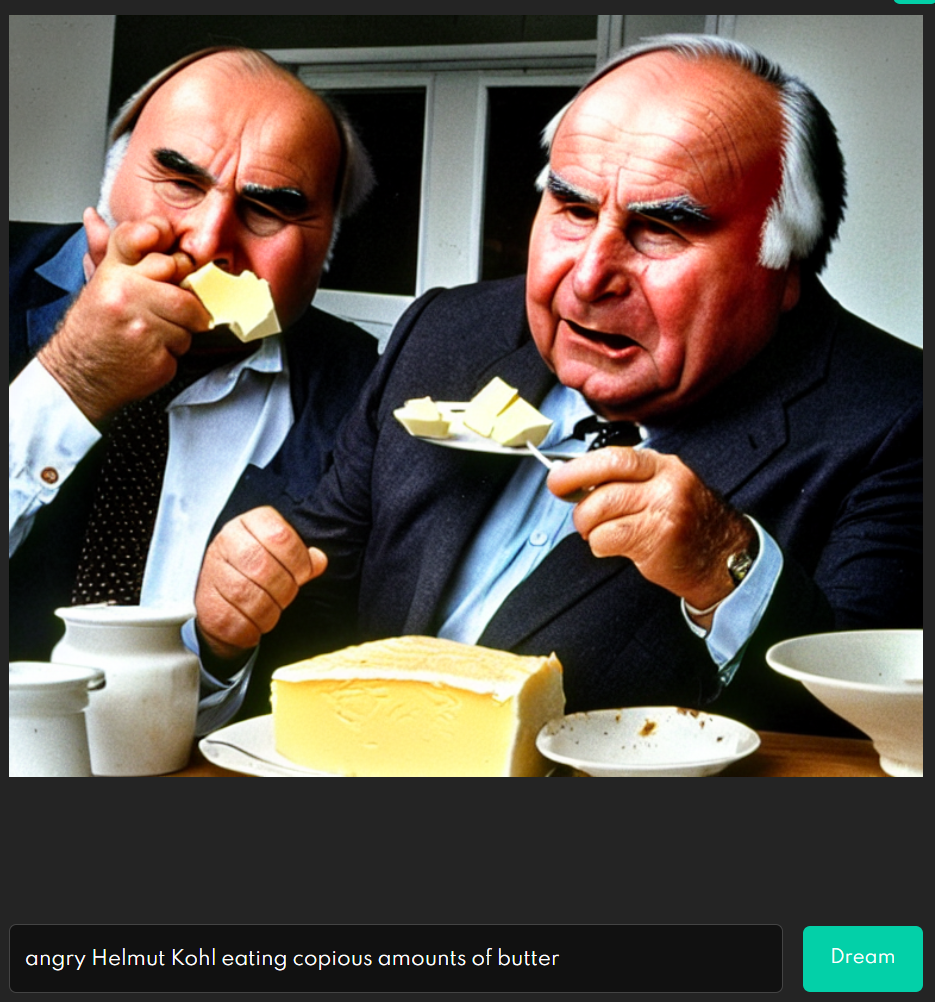 Are you sure we actually disagree, given this degree of difficulty in communicating my position?

For the record, I think we should avoid binary good/bad judgments and use cost-benefit analysis to consider better or worse alternatives.

Why strange? Aren't you curious to see reality as it is? How can you correct for bias if you dismiss evidence that challenges your beliefs, concluding in advance that it will be too small to matter?

Deaths are a relevant consequence of climate change. Every year people are killed by high temperatures. And every year people are killed by low temperatures. Which number is higher? It's not obvious. If fewer people die in the winter, shouldn't that mitigate some additional heat-related deaths in the summer? Or perhaps climate change will cause more deaths in both winter and summer, but we won't know if we don't look.

Switching from animal power to motorized power was costly. Automating manufacture was costly. Eradicating polio was costly. Installing air conditioning is costly. If you do cost analysis instead of cost-benefit analysis you won't get the whole story.

the optimal latitude to grow crops of a certain type

Relocating a farm doesn't sound easy, but agriculture is constantly changing, with higher yields reducing the amount of land needed. Smil points out that in a satellite image of Spain you can see a large white region at the southern tip. Almería is covered in greenhouses and produces vegetables which are shipped all over Europe, as far as Stockholm. To extend the growing season, some of the greenhouses are heated. (Greenhouses are also enriched with CO₂ to improve yields.)

Shifting hundreds of millions to billions of people poleward

Why shift? People live with temperature changes of a few degrees every year, indeed every day. People retiring from New York to Florida will endure more climate change than New York will get in a century. Outside of deserts, the hottest regions of the world are populated, and the largest uninhabited regions are cold. We have East African genes.

No link so I won't dispute your claim. Climate change could certainly drive up rates, if real rates are in fact rising, but so could rising affluence (we have more valuable things to insure) or cost disease. Swiss Re says "By mid-century, the world stands to lose around 10% of total economic value from climate change." That is a lot of value in absolute terms, but average annual growth of 3% would more than double total economic value in that time, so people will still be better off (1.03^29 × 0.9 = 2.12). The real comparison is to how much climate change mitigation would cost in total economic value.

These numbers are all fairly speculative, but Smil makes a (rueful) case that mitigation is all but hopeless anyway.

The UN’s first climate conference took place in 1992 in Rio de Janeiro, and in the intervening decades we have had a series of global meetings and countless assessments and studies. Annual climate change conferences began in 1995 (in Berlin) and included much publicized gatherings in Kyoto (1997, with its completely ineffective agreement), Marrakech (2001), Bali (2007), Cancun (2010), Lima (2014), and Paris (2015).

In Paris, about 50,000 people flew to the French capital to attend yet another conference at which they were to strike, we were assured, a “landmark” — and also “ambitious” and “unprecedented” — agreement. Yet the Paris Agreement did not codify any specific reduction targets by the world’s largest emitters. And even if all voluntary non-binding pledges were honored (something utterly improbable), the Paris accord would still result in a 50 percent increase of emissions by 2030.

Like Jamie Dimon, he recommends natural gas over coal as a realistic practical measure.

"We can proceed fairly quickly with the displacement of coal- fired electricity by natural gas (when produced and transported without significant methane leakage, it has a substantially lower carbon intensity than coal) and by expanding solar and wind electricity generation."

Can we get a quote?

American Airlines and Boom Supersonic today announced the airline’s agreement to purchase up to 20 Overture aircraft, with an option for an additional 40. American has paid a non-refundable deposit on the initial 20 aircraft.

“Up to” may mean zero. This could be a tiny expense just for promotional value, or else an insurance policy in case supersonic transport ever takes off.

I am saying that this compressor, and its application, show clear engineering choices made, which sacrificed its life span in the name of some modicum of energy savings.

It’s very possible that some modicum of energy savings is worth more to the customer that the cost of a new refrigerator.

Point to veen, the license frame was a spoiler (54 is also the license plate code for Sakarya). 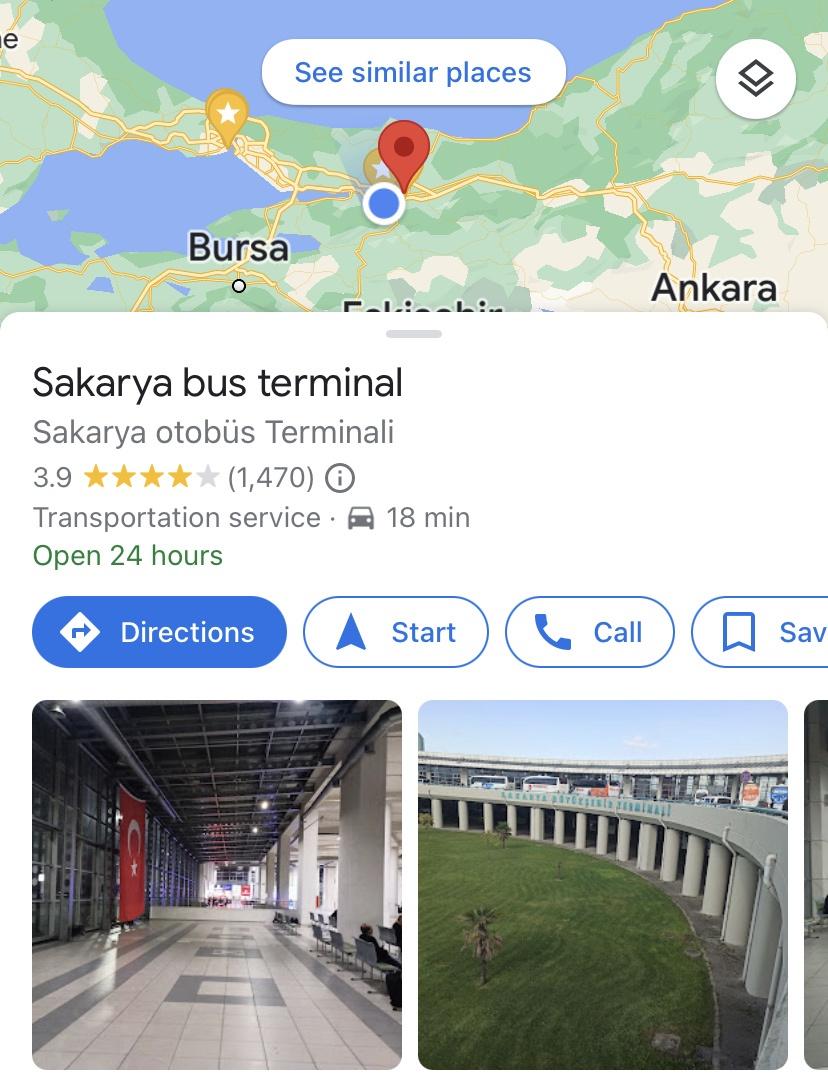 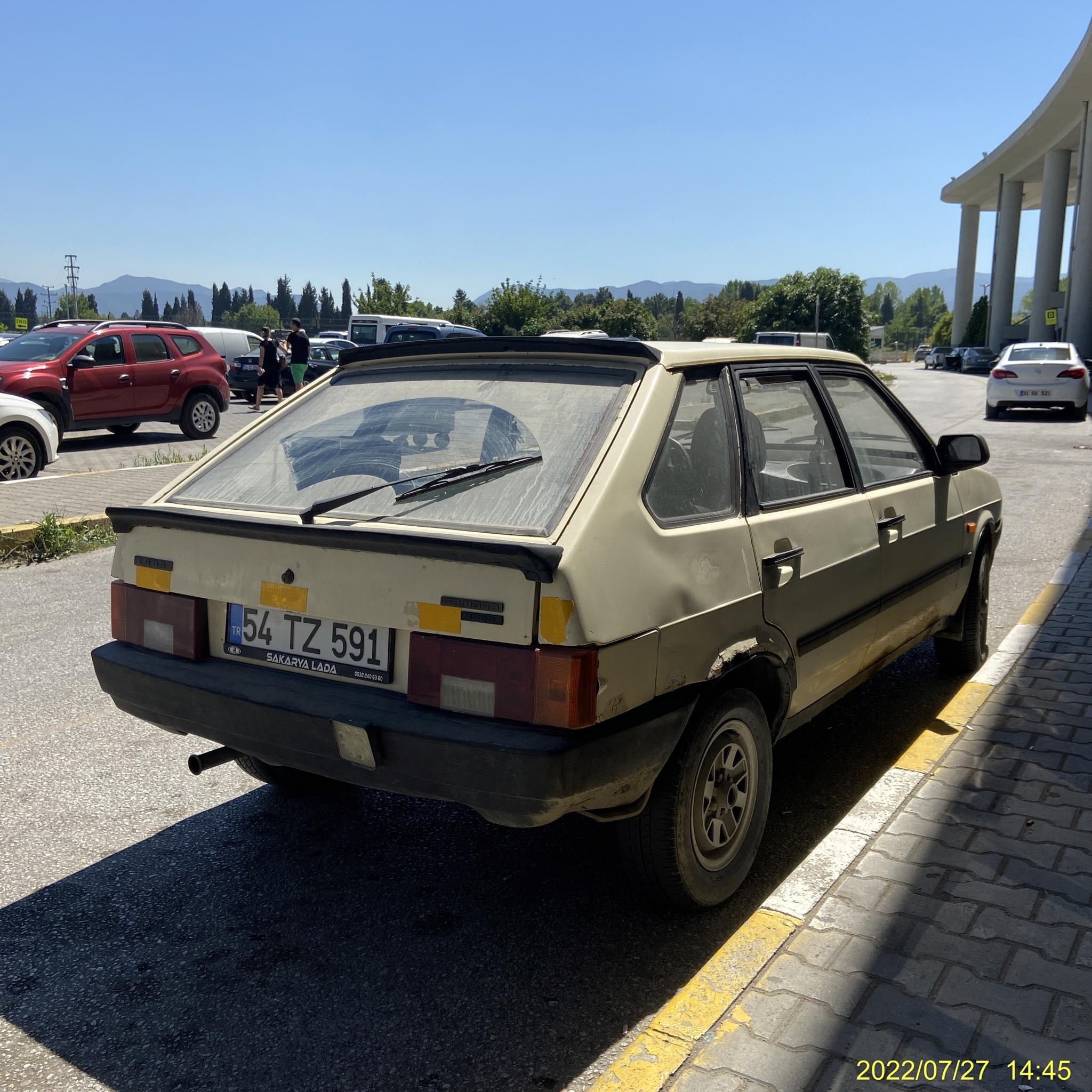 Sorry to pester so much, but your activities look so inspiring, even on the elevation chart!

a powerful spring or something 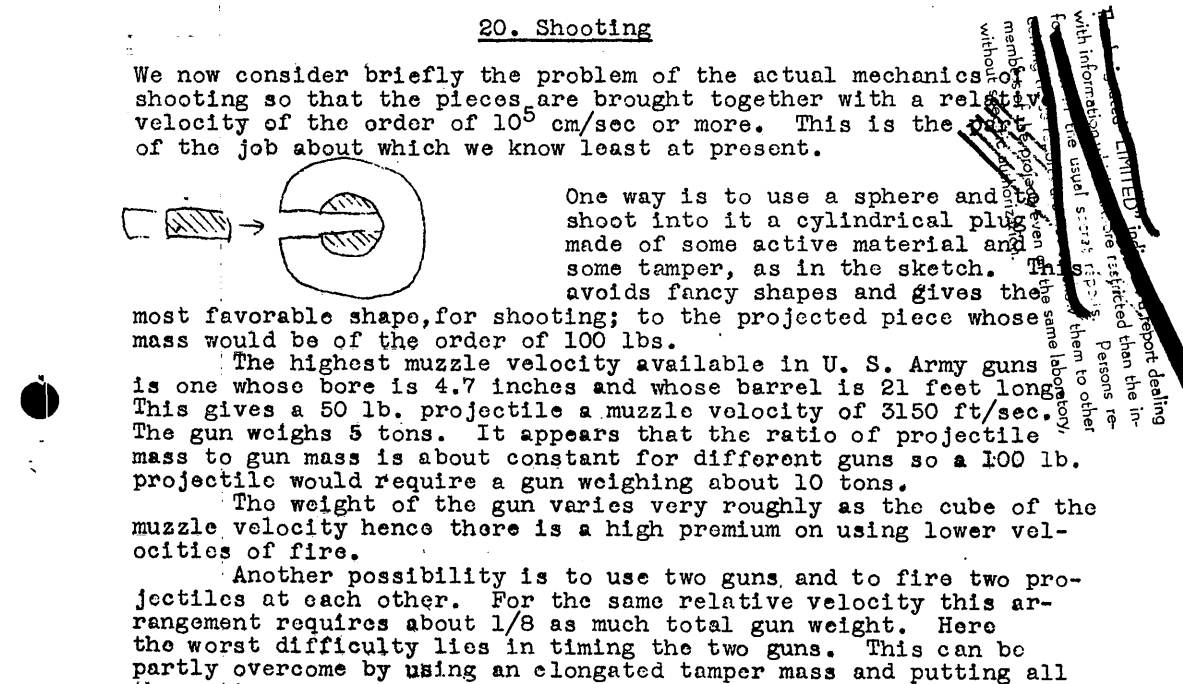 Richard Rhodes described a number of improvements to the gun design used in the atomic bomb. A 21-foot barrel was already too long to fit in a B-29, and facing smaller guns at each other raised difficult timing challenges.

High muzzle velocity was essential: "Typically the chain reaction takes less than 1 μs (100 shakes), during which time the bullet travels only 0.3 mm."

In April 1943 Seth Neddermeyer was attending ordinance discussions at Los Alamos when he hit on the spherical implosion design. This would prove an exquisitely difficult engineering challenge, but the war provided urgency. Another engineer had a more prosaic insight: the five-ton Army gun under consideration was sturdy enough to withstand multiple firings; a bomb gun would be vaporized on first use and could be flimsier and lighter. But it was still very long, hence the design was nicknamed Thin Man.

Later that year Emilio Segrè made the final essential contribution to a portable gun design, measuring rates of spontaneous uranium fission at the secluded Pond Cabin, "one of the most picturesque settings one could dream of." He found that the rate of spontaneous fission in U235 was higher at elevated Los Alamos than at sea-level Berkeley. Cosmic rays caused the higher rate of fission, threatening to detonate the critical assembly early, resulting in a fizzle.

Cosmic ray shielding reduced the minimum muzzle velocity, allowing use of a smaller gun, and Little Boy was born.

Guinea worm disease is close to being eradicated
0
wasoxygen
ourworldindata.org
wasoxygen  ·  86 days ago  ·  link  ·    ·  parent  ·  post: Mysteries around obesity and the contaminant hypothesis

If lithium (or something) is responsible for obesity, we should see low levels near lean cities and high levels near obese cities

In the most obese communities, we found abundant evidence of lithium contamination

Coal plants maintain groundwater testing wells to monitor contaminants, including lithium, and many of the most obese communities were downriver of plants with testing wells showing lithium levels above 100 ng/mL

We're still surprised at how well this lines up. We didn't expect cities to matter very much — but based on what we've found, there looks like a pretty strong relationship between obesity rates and lithium contamination in the local water 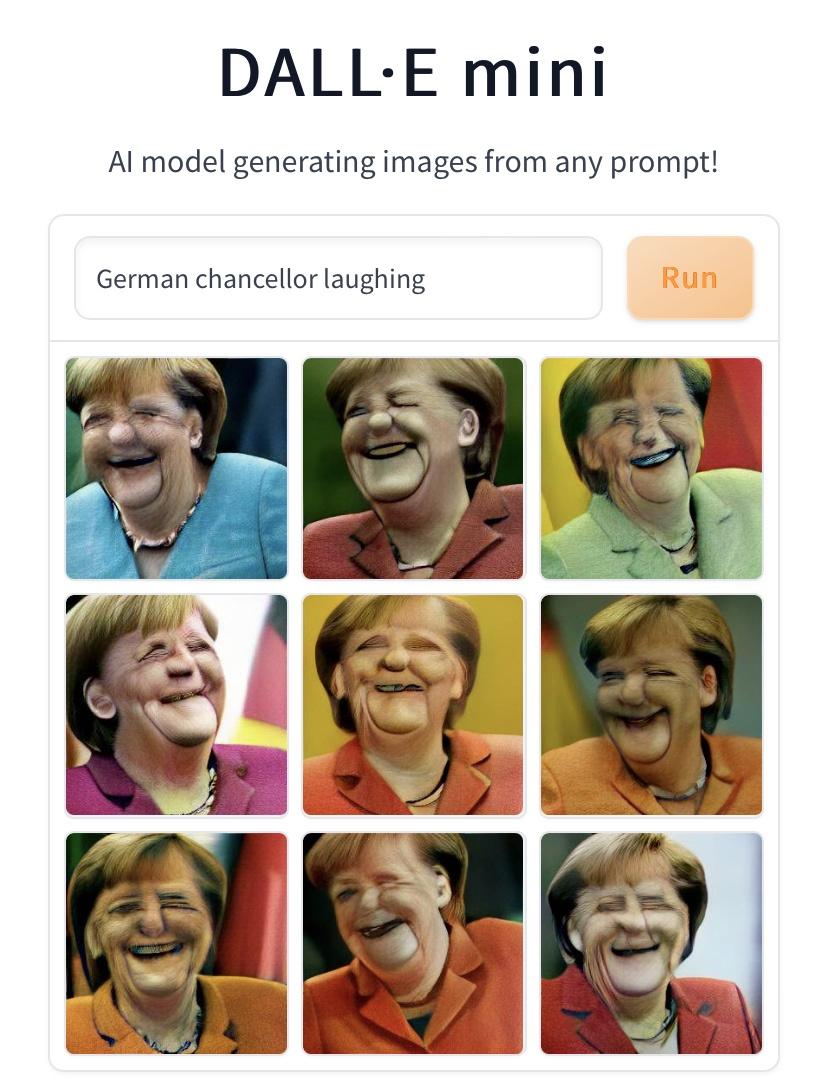 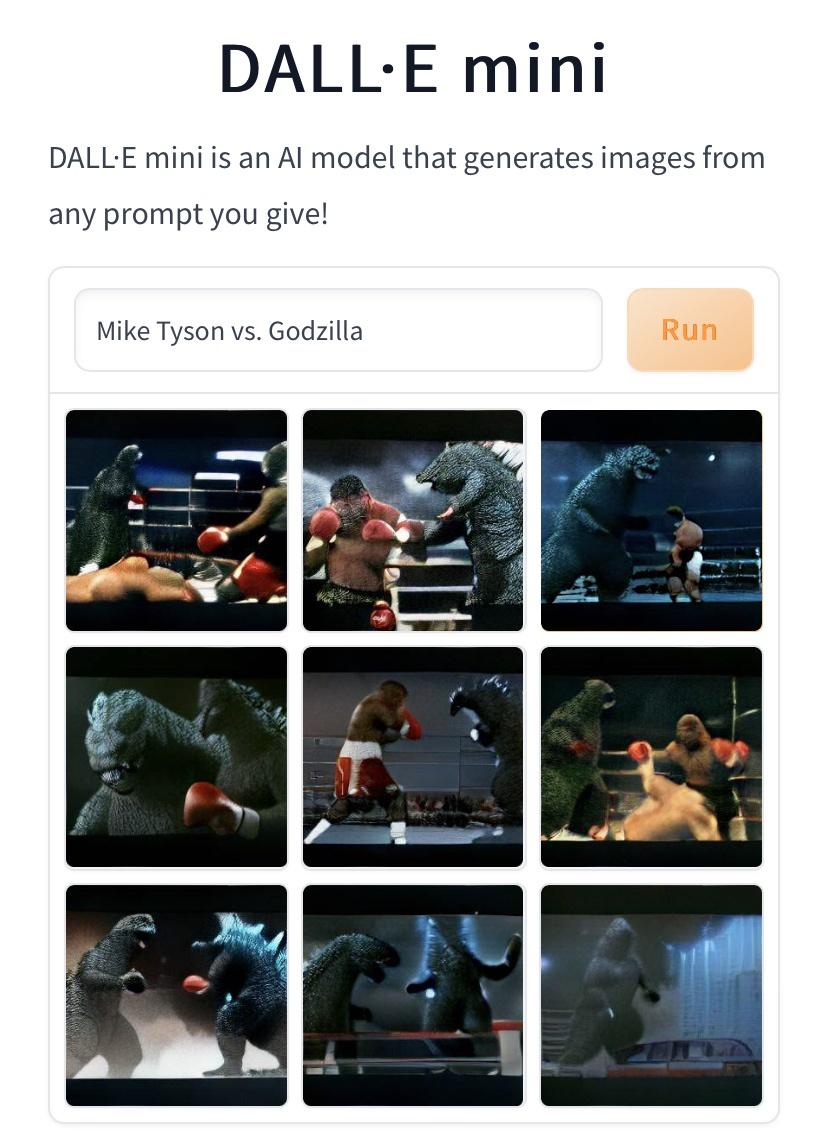 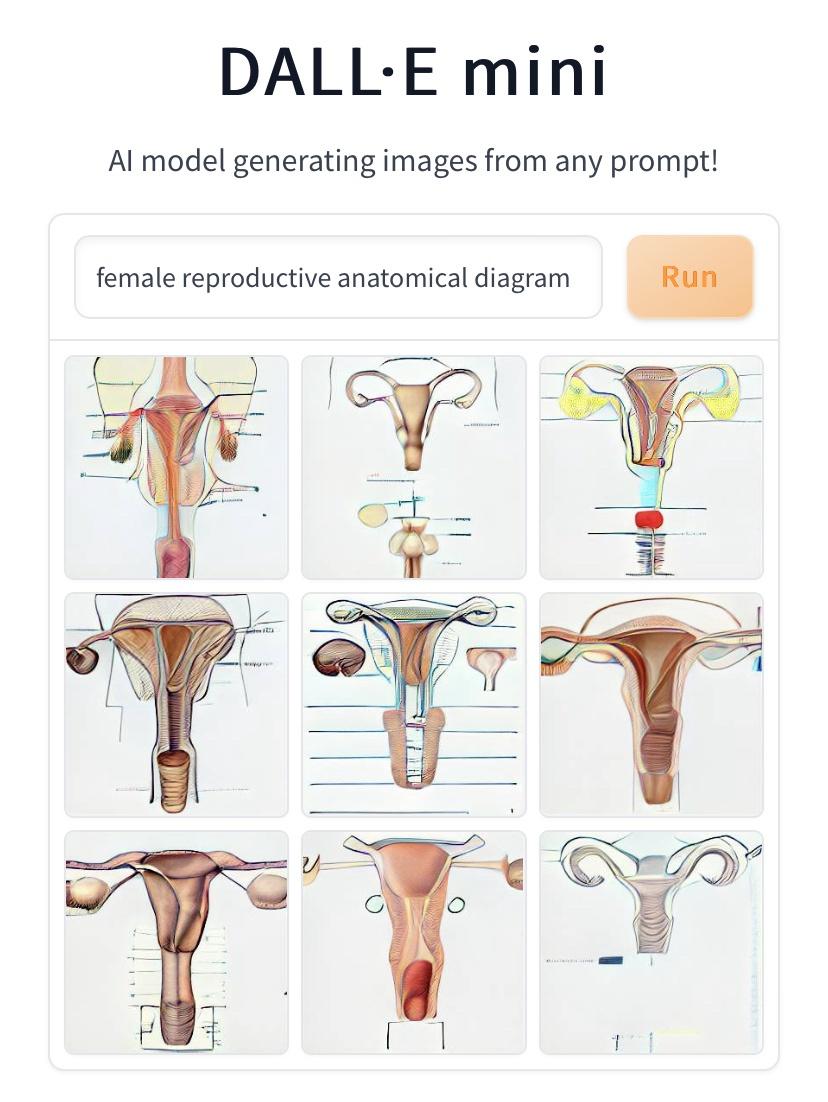 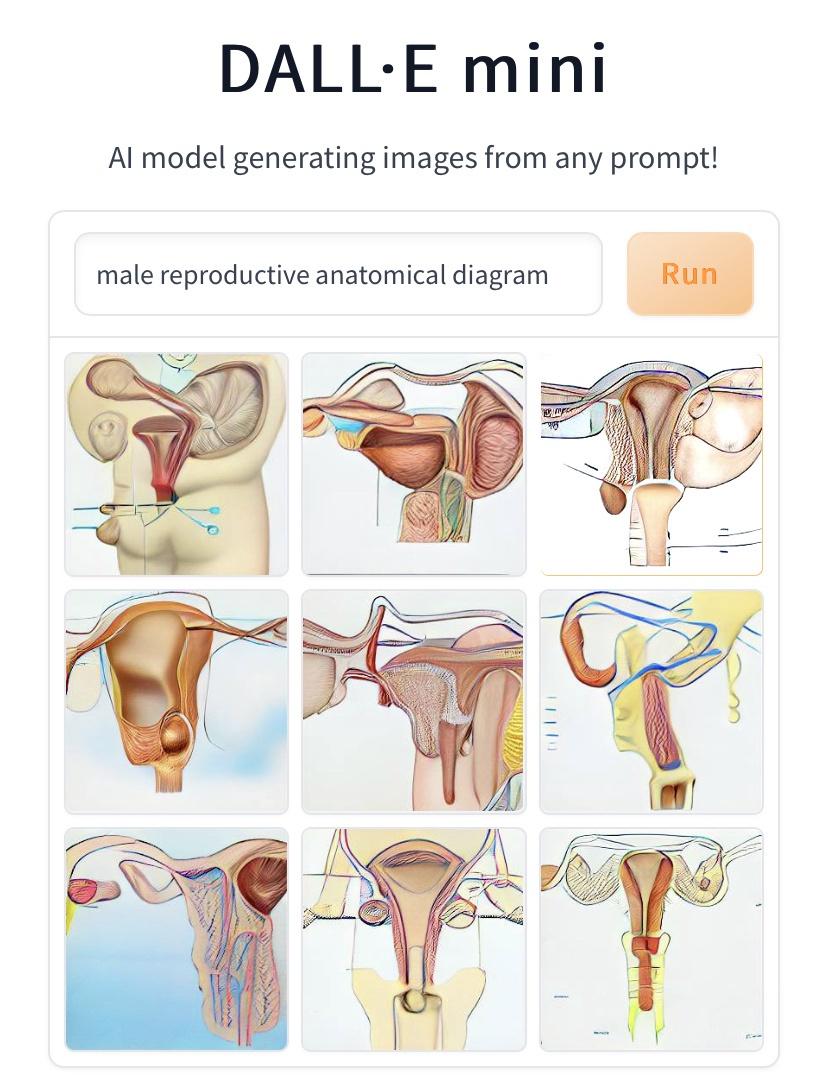