i don't believe this article mentions cost much, and of course it's a factor, but that can't be the whole story because it ain't cheap to make eisenman's crap; it's clearly just a gesture

I've worked on some stupid projects. I've known stupider. I helped design an educational complex at an extremely hippie school known for drug use where the architect hit the college for a change order for daring to suggest that a dwellable 5th floor roof should have guard rails. I know projects where the up escalators only take you to the 5th and 8th floor but the down escalators were eliminated due to budget cuts. I know projects where the marvelous open flow envisioned by the architects meant that anyone going to see the mayor got to watch men peeing in the bathroom because of where they put the mirrors. Two of those projects were in the AiA Top Ten. One of them is considered an architectural landmark.

But it ain't all bad.

People hated the Eiffel Tower when it was built. The Washington Monument was a contenious ruin for 100 years. Meanwhile everyone knows the Golden Gate bridge 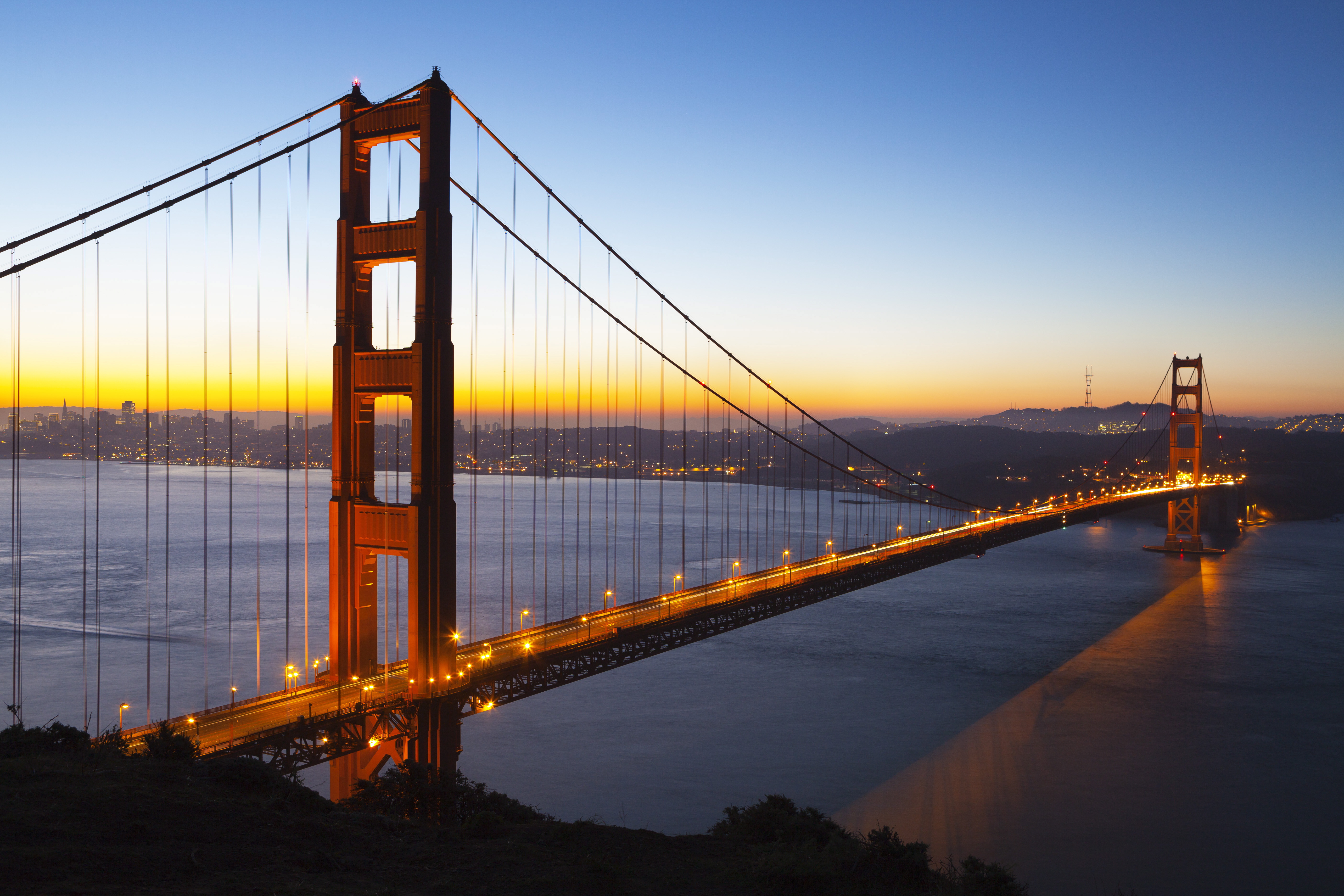 and nobody knows Maillart. 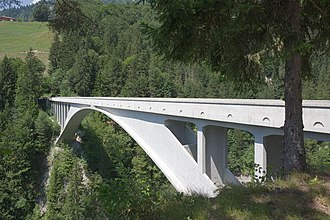 Foster's gherkin is fuckin' rad, yo. I don't care if you could put it anywhere, that's a dope-ass building. 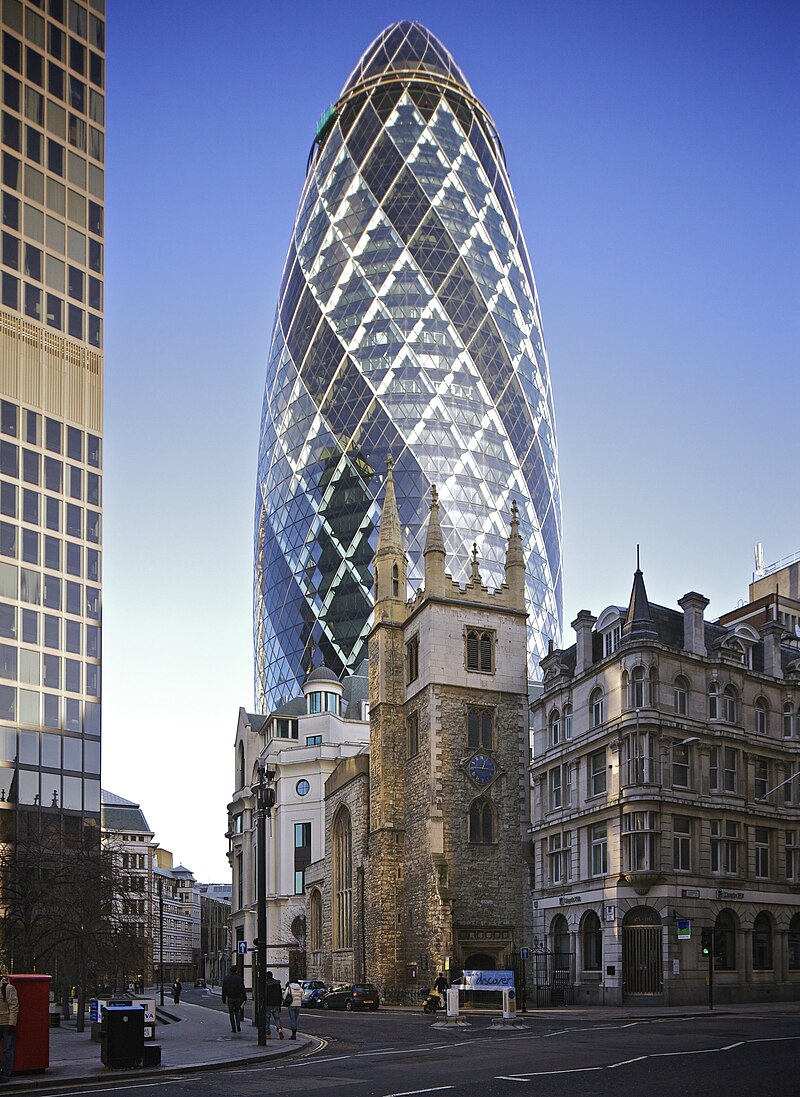 Care about the inside? Here's London's City Hall.

The author mentions "plants" and how brutalism improves when covered in them; he's not wrong 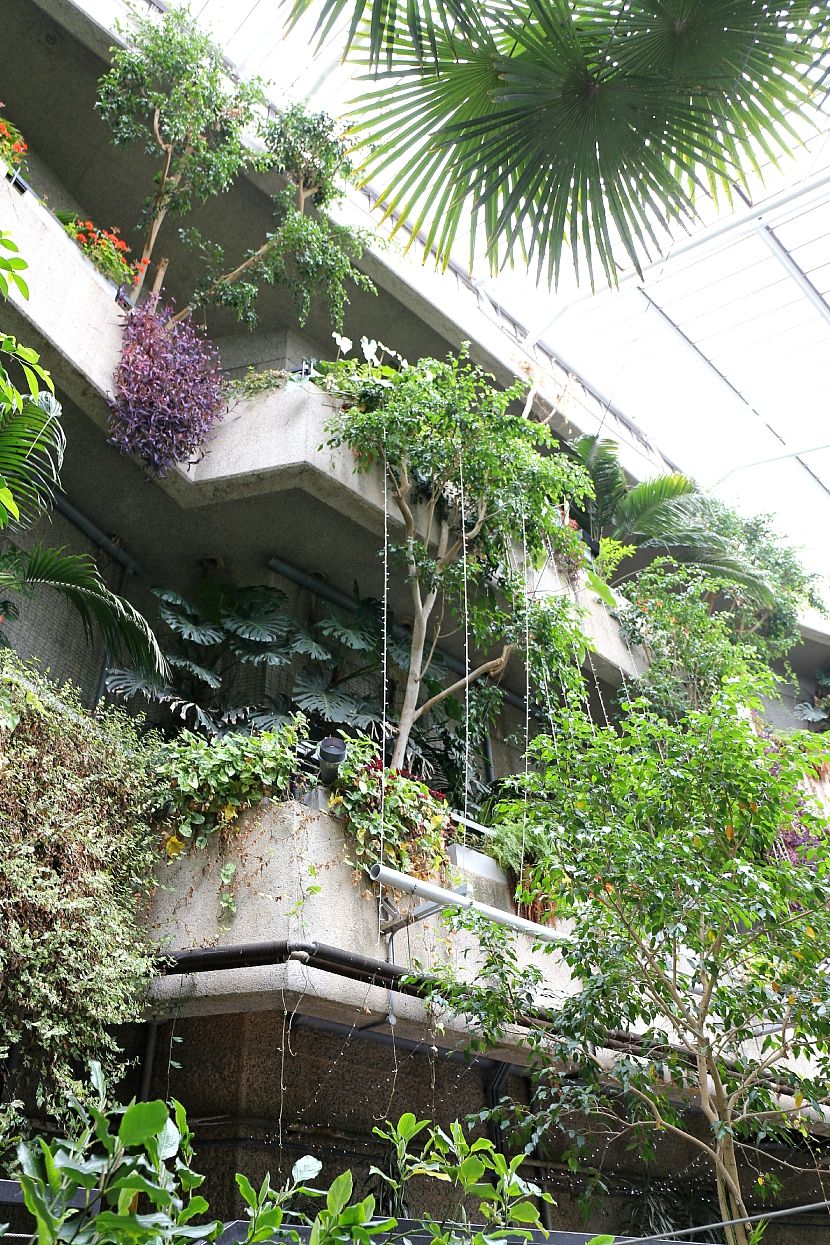 And he's also effectively describing the ouvre of Ken Yeang. 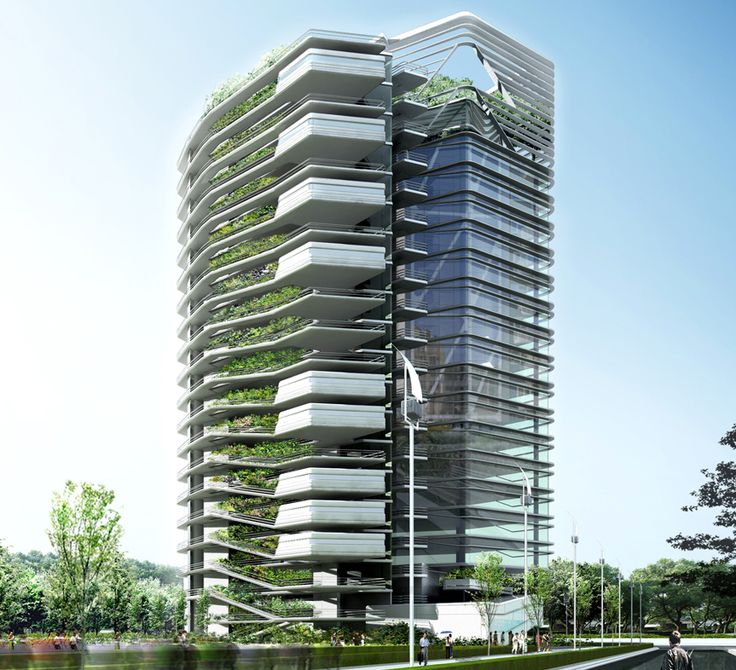 And that's the thing: of course Morphosis stuff looks like shit. Take a normal building, break it, and you've got Morphosis. 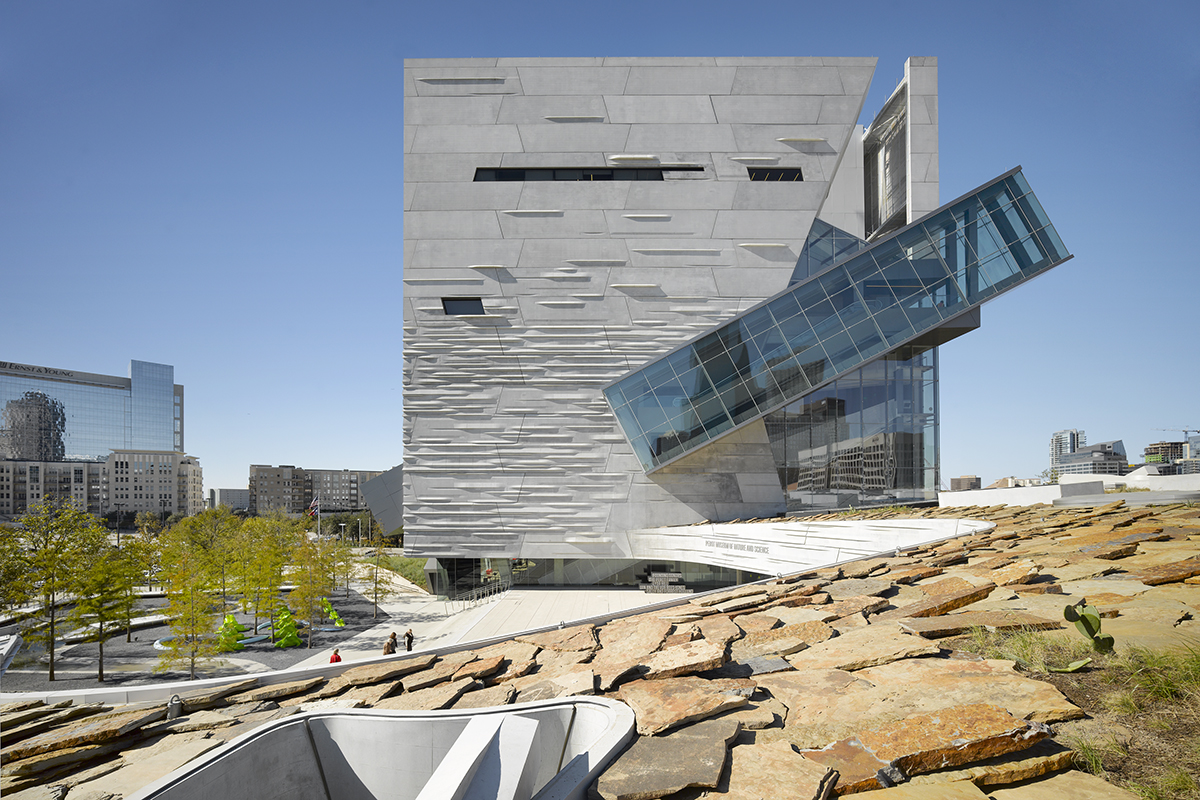 Which echoes back to "ruin value", which you can blame on the Nazis, who determined that the true test of architectural value is whether or not it leaves an exquisite corpse. Post WWII they just skipped to the end and gave us the ruins.

It's not all bad, though. There are great pieces of architecture in the world. They don't get written up nearly as much as the horrible ones and since the only bad press is no press an architect can be famous for being an asshole with bad ideas. It's interesting; I did a lot of houses for what is now Olson Kundig and they were all beautiful but they all had extraneous oval-cross-section spiral staircases because fuck you, that's why. Jim Olson will put his fucking initial on the plans or else you'll go somewhere else. That's their bid for immortality. That's why they do what they do. And when you consider that the public will hate just about anything new simply for being new, of course they're going to ignore public opinion even when maybe they shouldn't.

We've been watching a show called Grand Designs. it's basically a long line of Mr. Blandings building their dream houses. And the closer their occupations to architecture, the stupider their houses look. the host can never say bad things, though; an architectural house is always "striking" while a habitable house is always "beautiful."

There's a lesson there. Architects are going for "striking" in hopes that it will be beautiful someday. The rest of us want to enjoy it in our lifetimes because we find our immortality elsewhere.

I have to say, I really appreciate architecture in places you don't live in but that you visit for a short time. And strongly agree that gardens and vegetation are an integral part.

I loved walking around The Getty in LA. The desert-reminding building surrounded by gardens and ponds was really lovely. I didn't want to leave. And I was even more sad when the next place I visited was this fake re-make of a german village. EWWW

And this Museum in Portugal looked super cool at sunset! (skip to 4:00)

My only beef with it are those stupid stairs every modern art museums needs to have that are impossible to walk on.

But for living and hanging out, revitalization of old industrial buildings into awesome plant-filled graffiti-covered lofts and restauration of antique building with some glass and steel are my jam.

Now that I think about it, my Portugal trip was filled with awesome architecture.

Impossible to respond to a subject that generates so many rabbit trails, e.g. Ponte City Tower.

...which appears in the video for “Makeba”. 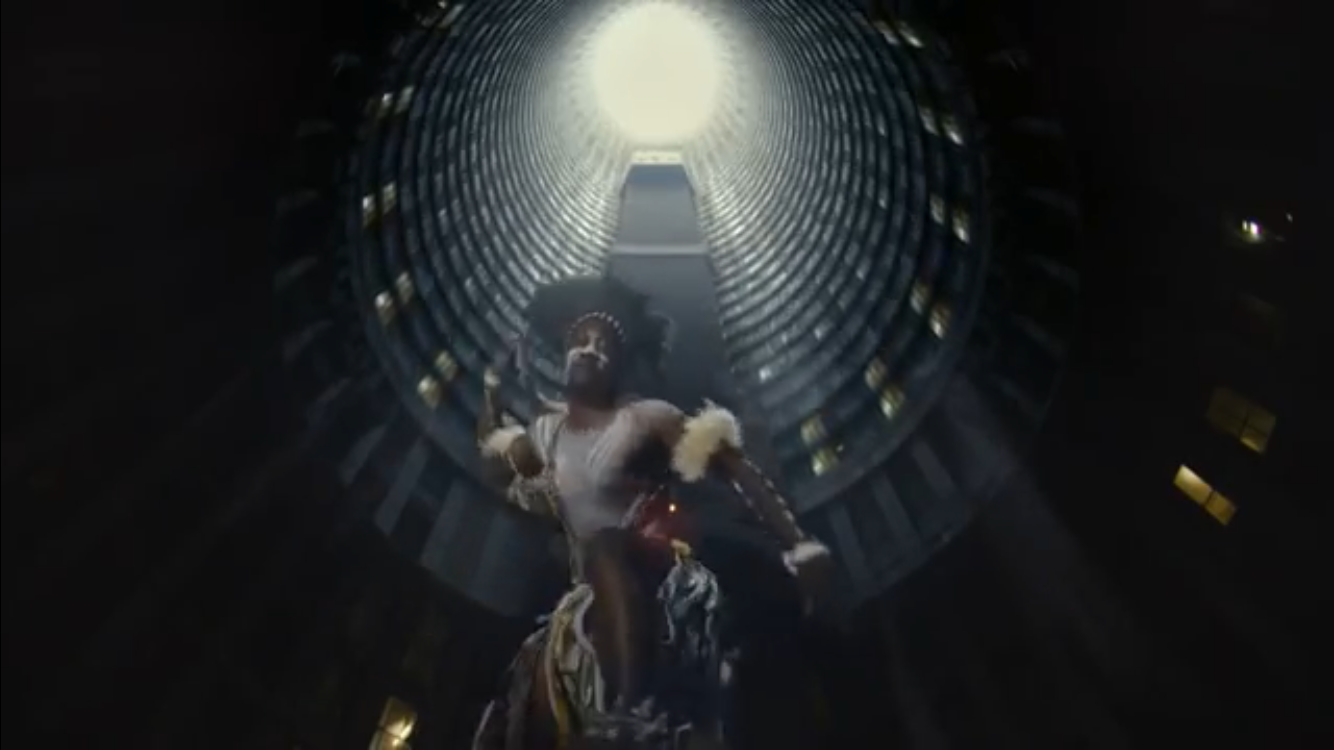 Do you mind me asking what connection you have to the architectural world?

I have a friend who studied under Eisenman and a coworker who was present at this debate. It's common intro reading for undergrads these days. I'm interested to talk about this subject, but I don't want to assume your experience.

none whatever, though i side with alexander

i have heard that this is a bit of a seminal moment in the field, yes. very interested to hear what you have to say.

It's hard not to side with Alexander. His built work is meant to be occupied by humans; Eisenman's is not. That's basically the whole deal.

The Katarxis gallery you linked by Alexander's student, Michael Mehaffy, is a good example of the care Alexander put into designing these spaces, and not just the design but the construction of his projects. His published works (especially The Battle for the Life and Beauty of the Earth) describe the care he takes in tectonics, the art of construction.

Eisenman did not. He designed Wexner with 12,000 square feet of fenestrated galleries which were later refitted because prolonged and unprotected sunlight exposure damages artwork it turns out. He designed House VI just a few years before this debate, and that was a fucking shitshow saved only by the kindness and architectural appreciation of his patrons.

I mean, you can already tell the style of the guy when he said Chartres was "boring". My coworker (GSD faculty at the time) said everyone's collective jaws dropped at that considering, well...Chartres looks like this:

Just for quick comparison, this is one of Eisenman's most prized works of his career: Which, despite looking like graphing paper ski slopes, also has this going for it:

The project has more than doubled its original budget and has not attracted significant numbers of visitors. Construction of the final two planned buildings was stopped in 2012 and terminated definitively in March 2013 following high cost overruns.

Par for the course for Eisenman - overblown budget, unfinished project, unusable space. This article is scathing.

The architectural commission to build this community, came with the explicit insistence, by the managing director of the school, Hisae Hosoi, that he wanted the project to be done under conditions where faculty, staff, and students, were all taking part in the design process. And by this he meant, not the pablum of token "participation" and "charettes" that has become common in the last twenty years, but honest-to-goodness decision making by the people in the school, based on individual and group understanding.

They ended up with this - no hiccups, no errors, in budget, active client participation, highly functional, highly used. 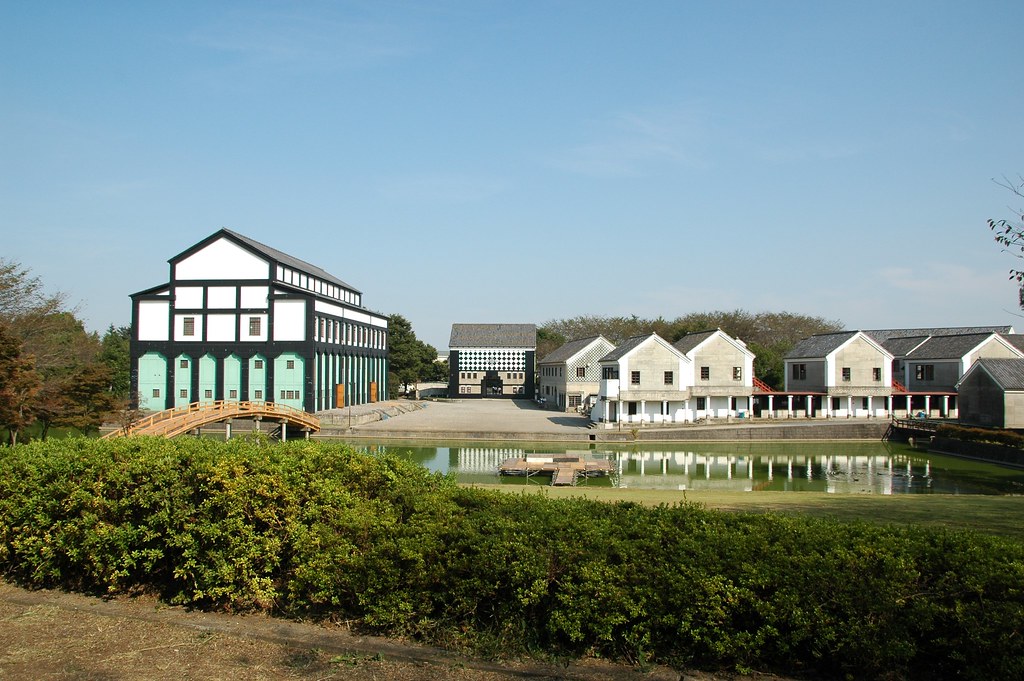 But Eisenman's career took off in the years following this debate while Alexander's languished, and the implications of that are astounding. Design had stopped being about livable spaces, perceptual harmony, humane principles, client's needs, and basic functionality. In that vacuum had entered Eisenman's dialectic, and the academe from which it's derived. By taking a stand for functional harmony vs. post-humanism, Alexander took himself out of modern discourse and Eisenman et al became the lion and the Christian. Design's post-modern positioning can only be understood by that lens.

in a way there are two conversations happening here. eisenman has never made what i would call architecture. he makes giant "modern art." this helps resolve the curiosity that no one really likes giant ugly buildings (eg the parisian domino building) but they've won out. there's a prevailing idea that we need giant works of modern art in cities, either for individuality or whatever else.

as someone on the ssc subreddit pointed out, it's all very well to fundamentally hate piss christ, because you don't have to think about it. but if you drive by soldier field on the way to work every day... (and in case anyone thinks giant functional stadia can't be attractive, at least concede that minute maid, fenway, etc do a better job of fitting in)

interesting links. i think a lot of postwar architecture boils down to an ego trip.

I mean...kind of? The theory behind these "modern art" pieces is wild. Eisenman's collection pulled upon broad depths of theory. People who understand the basis of thought will understand the ego and appreciate the work.

I think a clearer distinction is that architects in the modern age are finding a stronger expressive link in their work rather than to the client. That's the distinction I made above between Alexander and Eisenman RE: Eishin vs. House VI. It's also the dynamic of public opinion that KB got at above - in short, public opinion barely matters to whether something gets built or not. In the case of public-facing architecture, the weakening of the non-paying, only-observing client link appears as (and is!) a strengthening of the architect's ego. With public/client opinion backseated, any artist will create with and from what they know, which will always be an ego-expression. There's no way around it.

I think the basic problem is that when we argue architecture should blend into the background, we make it invisible from ourselves.

Here's Chicago "then and now." The only people who know the names of a handful of these buildings are the true nerds. Everyone else just notices that a new building went up maybe. Put up something hideous, though? Everyone knows its name.

Splendid succinct recount of architectural differences. Thank you for sharing the glimpse into their world.

The City of Culture likes a bad 90s 3D render.