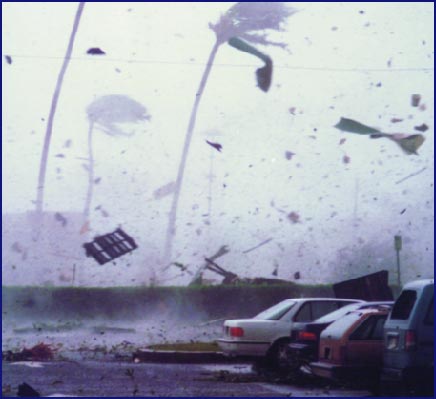 Bill Read, a former director of the National Hurricane Center from 2008-2012, isn’t convinced the gender of the storm name is as big a factor in storm fatalities as the study purports.

Maybe we should try giving hurricanes pet names for a few years:

Maybe we could auction them off to raise funds for disaster relief?

I bet some companies would actually buy these, there is no such thing as bad publicity after all.

Edit My guess is that eventually they will be given gender-neutral names. I get that it is easier to track a hurricane if you give it a name rather than a number. The same is true of comets. There are things in outer space that we know only by number (right francopoli?) and without the personification of a name, they are largely forgettable.

There is a ton of stuff out there know only for its catalog number. Billions of galaxies and trillions of stars, you run out of names fast.

This article is garbage. Here is the list of deadliest hurricanes to hit the US. Note how many don't even have names; these storms were not even named until after WWII, and the modern naming scheme did not come into play until weather satellites gave us a view of the open Atlantic.

Sandy sucked for a lot of people not because it was named "Sandy," but for all the people like my friends who thought this was going to be a typical NorEaster and did not heed the warnings. Meanwhile Andrew was such a mess because it went from a Category 1 to a Category 5 and picked up speed aiming right at Florida in less than 24 hours, something that had not been seen before. Katrina did this over the Gulf of Mexico which is why that storm was so destructive. As far as I recall, Andrew and Katrina are the only two storms since the Space Age to strengthen so much so fast and therefore catch people off guard.

The only reason these storms have names in the first place is to make the insurance industry happy. They wanted a way to track claims and back in the day the first storm was Able, the second Baker, etc. and it made claims adjusting hard as they would sometimes get two Charlie's hit back to back. Stuff like this reminds me of the infamous Camille party that never happened. People who have seen a hurricane know to treat these storms as life or death.

Laboratory experiments indicate that this is because hurricane names lead to gender-based expectations about severity and this, in turn, guides respondents’ preparedness to take protective action.

So this study is saying "gender is a factor in how people see storms being dangerous" and "people who see storms as dangerous are more likely to pack up and leave".

It is not saying "Hurricanes with female names kill more people because people don't respect them" as I believe it has no real data to show this, only to show the above. Nowhere does it say that is a significant factor.

The article also mentions that all hurricanes used to be given female names, and with modern perception of hurricanes, it is likely that since male hurricanes are later, and lower number of deaths are later, it may be that that is a far larger driving factor. The data uses hurricanes from 1950 on, where the practice of having male hurricane names came after 1970.

In other words, this study is showing that people find things with female names as less threatening, not that people actively are killed by hurricanes because of the gender of their name.

The writers did mention a response to this rebuttal, saying that they measured the "femininity" even before 1970, not just a binary "male or female" system, however, the hurricanes will still skew female for the early, more deadly, hurricanes.

Finally, I believe they used a modern group of people to determine femininity, not people from those eras, and many names change if they are either gender over the years, so results are not accurate for past decades, or not as accurate.

Now I'm seeing a little number 3 up in the corner of the article. I didn't see it earlier.

I was wondering this today: How does flaggy feel now that he is no longer in Austin? (unless you are back in Austin),

Well! My little plan is several steps further along than it was. And I finally did see a cat on an airplane.

This... This is satire, right?

Surely sexism isn't that engrained in our culture? Right?

Hell hath no fury . . .as a female hurricane who is not properly respected.

I've come to stop asking myself that question when the answer invariably returns "yes, yes it very well is."