I finally got around to making some mead today, after about 15 years. Simple recipe. 4 liters honey, 2 kg frozen blueberries, add water to make 20 liters. I first poured the blueberries into the sanitised carboy. Next time I think I'll run them through the blender instead; it was a PITA, because of the narrow neck of the carboy.

Sanitised a 20 L (5 gallon) plastic pail, and mixed the honey and about 7-8 liters of water in it. Once it was well-mixed, poured that in the carboy, topped it up with water to the 20L mark, gave it a good shake to mix it up, and then pitched the yeast. Safale S04, a strong fermenting ale yeast. I expect vigourous bubbling through the airlock by morning.

Turned out to be about eight and a half liters of honey. I've packed 3 liters into 12 little 250 mL jars for gifts, 4 liters for the mead, and the rest is for the whanau.

Oh yeah, I felt like Pooh, because after I was done making the mead, and potting up the last of the honey, which was in a 20 L bucket - I sat down, and I slowly wiped it clean with my finger, eating honey the way it was meant to be eaten - like Pooh does. Sweet as. 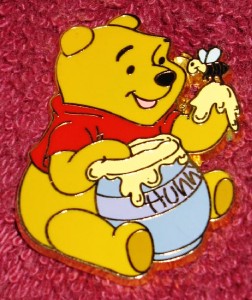 Test regularly. Monitor temperature carefully. If it isn't good at first, let it sit six months and try again. If it's still gross after a year, it'll always be gross.

My wife made mead for several years, until we moved into this apartment. It's f'ing awesome and much easier than beer (and man - you baste a turkey with that stuff? DAMN you get some good gravy).

The blueberries might weird stuff out. Our meand was typically nothing but honey and water, said honey being very specifically selected from farmers' markets and roadside stands.

I'm not new to mead (I've got three first-place Mazer cups on my shelf). This is my first blueberry mead, though. I won't be testing anything for a full year. Been there, done that :-)