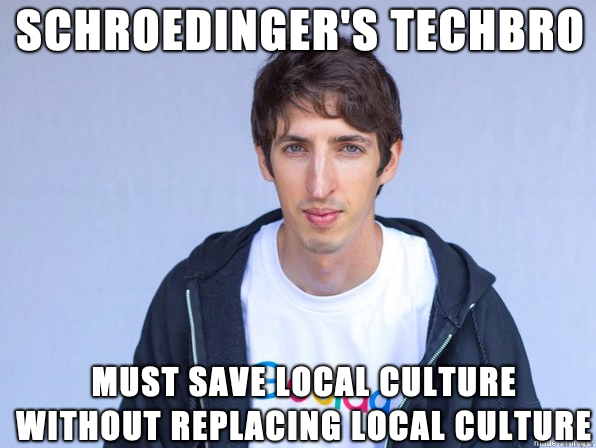 I haven't been in Boise in 20 years. When I was there, the bright, helpful young Mormons I hung out with were very excited and pleased by all the new people moving into Boise, probably because they were among them. They were disturbed that rush hour had grown to 10 minutes but figured it was a byproduct of all the growth.

Prior to that, I hadn't been in Boise since 1991. When I was there in 1991, the bright, helpful young Mormons I hung out with were very excited and pleased by all the new people moving into Boise, probably because they brought things like pizza and chinese food and skate parks and actual shit to do. They were disturbed that occasionally the roads slowed down because people were actually driving on them but excited that there were things that could be done that didn't involve begging your parents to drive you to Spokane.

Know what fucks with chemo? Negativity.

I was only passing through both times. The second time my true destination was Mountain Home, which is every redneck mountain town I ever spent time in, minus the chicano culture. Nothing to do but drive drunk and make roadkill. Just on a lark I googled "mountain home heroin" and sho'nuff, 5lb meth bust for a town of 14,000 people. See - I know that everything sucks now and all progress is bad enough that you'd rather piss on your burning garbage to keep the bears away so of course if a place hasn't turned itself into shangri-fuckin-la in your absence it's a sign of the overdue apocalypse but look mutherfucker

Don't look now but your narrative is more likely to come out of the cop that banged on your door than the barber that shaved your face. When everyone around you is an asshole that deserves to get rolled you're gonna roll assholes.

A BMW 328 MSRPs at $41k. A fucking Dodge Ram MSRPs at $34k yet in your head, the Ram is virtuous and the BMW is evil because you're looking for evil everywhere. Don't fuck with bears, agreed. Don't blame bears for fucking with your shit, agreed. But bears, much like techbros, are just trying to live their lives. $125 for a shave and a haircut? Holy fuck man that's Seattle pricing, which I don't pay, because that's not where my priorities are. I will absolutely pay $40 for a scented candle, though. Could I go "my choices are virtuous, your choices are shit?" Yeah, I could. But I'd probably be mad at the world a lot.

Seems to me you had three good interactions (dealership, doctor, barber) and two bad interactions (cop, chav) but for you, this is a fall-of-Babylon narrative. And I guess what I'm saying is if you look for a reason to be pissed off you will always find it.