This viewpoint is new to Kelton and the exact opposite of what she says in her book. In her book, she explicitly states that any government with a reserve currency (IE the United States) faces no constraints whatsoever on spending. She puts it in as many words.

This is also entirely new. Again, in her book, Ms. Kelton specifically states that the economy is unrelated to resources. In as many words.

Once we exhaust them, once they’re all used and being put to use, then any additional attempt to spend into an economy that is maxed out is going to produce bottlenecks in production and inflationary pressures.

Ms. Kelton states in her book that inflationary pressures are a consequence of monetary policy and that by entitling congress to set interest rates on the fly, inflation can be controlled 100%. She expends no effort to describe how the organization that locked up the country for two weeks to talk about Terry Schiavo or two years to talk about Benghazi will manage to set interest rates on the fly, or even how frequently they should be set.

The economy is not like that. We can’t see the economy’s full capacity. What we can do is attempt to get measurements. You’re trying to take a temperature for the economy’s heating up. How hot is it getting in here, right? What do you look at? You look at unemployment. You look at capacity utilization rates. We have the data for things like this. People go out and actually survey businesses and say, “How much of your total capacity right now are you using?” They say, “We’re using about 68 percent.” Okay, well I know that there’s a lot of spare capacity.

This is also new. Ms. Kelton stated in her book that money should simply flow to municipalities who should spend it as they see fit. There was no measurement suggested or required.

What I’m saying is we have been here before. We did this in World War II. We massively ramped up government spending and we did it without a whole lot of forethought because it was war so you’ve got to act fast. We had workers working double and triple overtime, wage pressure, price pressures, but we managed it pretty well. We didn’t have a hyperinflation episode or anything like that. We won the war and then we ended up with the longest period of peacetime prosperity in our nation’s history to that point.

Ms. Kelton has had approximately 24 months to research the actual economic impacts of WWII, such as gas rationing, benefits rationing, metals rationing, oil rationing, or the massive sacrifices experienced in order to rebuild. The UK did not leave rationing until 1954, for example.

Exactly. That’s what they did during and after the war. There was something called [the] National Resources Planning Board or Bureau or something.

This is the level of intellectual rigor Ms. Kelton brings to all of her theories.

But what’s interesting about the book is actually how much you talk about inflation. You say, in fact, that’s what matters. [What] you should be concerned about is not revenue but the effects of spending on the economy.

So if the deficit is $10, the government will sell a $10 government bond. What happens is that it takes the $10 away from someone and replaces that with a government bond. All the government bonds that exist are what we call the national debt. I think it’s awful that we use that word to describe the outstanding stockpile of U.S. Treasuries because those are people’s assets.

So awful, in fact, that in her book she calls them "red dollars" and "green dollars" because she doesn't think you're smart enough to understand the word "bond." Probably because if you did, you would understand that you buy "bonds" because they cost less initially which means someone is paying you to buy them and it's a short step from there to realize that this "debt service" we're always hearing about is the government paying interest on those bonds, because they're debts. They are promissory notes. They are a legally binding contract to pay more money in the future for less money in the present.

Some might even say that "sweet, sweet deal" is what props up the whole of capitalism, and why people tend to be upset when Ms. Kelton says that deficits don't matter.

what eldritch fucking witchcraft is this

No, the conversation that we’ve had so far is equally applicable [to other governments]. We talked a little bit about Japan, right? Japan is another example of a currency-issuing government, that has, if you like, infinite fiscal capacity where the relevant constraint is inflation.

Tell that to the Japanese, whose Lost Decade is currently celebrating its third decade.

The U.K. is one. Canada is one. Australia is one. New Zealand is one. China has an extremely high degree of monetary sovereignty. You don’t have to be the global reserve currency issuer to enjoy the policy space to run your macroeconomic policy in a way that’s aimed at maximizing full employment domestically, which is what we’ve been talking about.

George Soros is no doubt delighted to hear about the UK's monetary sovereignty.

I want to ask the question that was posed to you in this article. It said sometimes it’s hard to figure out what modern monetary theorists believe

It's almost like they're making shit up on the fly

I don’t know the piece you’re referring to, but it sounds like it was written by someone who hasn’t read the MMT scholarship, or the literature. Because every single point that you just raised is, I would say, omnipresent across two and a half decades of MMT scholarship, videos, and lectures. It’s all readily available to anyone with a Google machine.

Whelp, you sure didn't put it in your book, Steph.

You and I just sitting here have talked about debt to GDP ratios and what the real limits are. I’ve answered that question already. I can’t remember what some of the others were that you just raised.

Really what that means is we need to find somewhere else to spend that money if we’re still below capacity. If we were to reduce military spending, you’d want to increase spending somewhere else. Is that right?

I don’t think you need any justification for cutting the military budget apart from the obvious [fact it’s] a bloated, $700+ billion annually war machine, right?

So MMT is not cover for the wealthy. It’s just … let’s be real. We don’t need to depend [on billionaires’ taxes] to feed a hungry kid, or fix a crumbling bridge. I don’t like that. That idea that we can’t move forward without them. We hold hostage the entire progressive agenda or whatever public policy because unless we can tax the rich, we can’t pay for it so we can’t have it. I’m saying no to that.

So remember, kids, you can feed children and build bridges without taxes, but all the money in the world won't buy you a ventilator. Any questions?

But I don’t think that a 2 percent tax—I’m using this as an example—on the wealth of 75-78,000 people shakes free enough real resource space to allow us to do big, ambitious things. You see what I’m saying? They’re savers rather than spenders, so they’re not actually gobbling up a lot of the real resource space.

No, no. If you truly want Albanian mushrooms you must spend the money without raising any taxes.

Yes. So if you reach the point where your resource capacity is exhausted, but you still think there’s something that is of such high priority that government ought to pursue it, even in a full employment environment, you say, “Well, we don’t have healthcare for every American” or “we don’t have the education system that we want.” [And] whatever the case is, [I] need to commit another half trillion or $200 billion or whatever.

But if I do that in this evaluation, I risk pushing inflation above a level that people are going to be comfortable with, so I need to create some offsets. I need to be able to add. Now I’ve taken my 12 oz. can and my glass is full, and I want to pour some more spending in. I’ve got to get a spoon and I need to make room for that. That’s what taxes do. They take some purchasing power away from some people, create that safe space for additional spending to come in.

MMT in a nutshell: your money is worth what the government says it's worth.

It’s funny because people talk about taxes as a redistributionary system, and it seems like in that circumstance they [become a redistributionaryl system], but it’s not direct. You’re not taking money from some people and giving that money to other people. It’s a little bit more complicated.

One reason I like your work so much is you’re the first economist I’ve ever heard who talks about just [how insane] it is that we accept millions of unemployed people as somehow a good or natural thing, when it’s such a squandering. [You] have all these people who could be productive and want to work and… 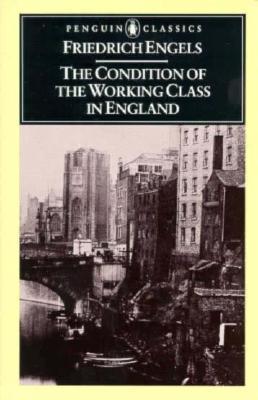