I grew up in Los Alamos. I was eight years old when the ridiculous jet-powered Honda showed up. To set the scene, the fact that it had a California plate was almost as exciting as the jet engine sticking out the back; the nuclear community is tiny and insular.

I asked my father about it at the time. He had nothing but scorn and contempt for it; he explained that it wasn't even a proper jet (his paradigm was a Williams turbofan) and that even a proper jet wouldn't make enough power to make the car worth bothering with. His observation was that the jet dragsters always make the crowd happy but the top fuelers absolutely dusted them.

I've never spoken to anyone who saw that stupid little Honda going fast. We all knew when he was running it, though. Los Alamos is built on five mesas and you could hear the thing a ten minute drive away. He was gone shortly thereafter. My father relayed something about how he was a con artist who scammed everyone out of money and quit before he could be jailed. When I found out he was Patient Zero for a lot of the Area 51 UFO nonsense I laughed and laughed and laughed. It still entertains me that the Little Ale-E-Inn has a shot of Bob Lazar next to a shot of Chuck Yeager. 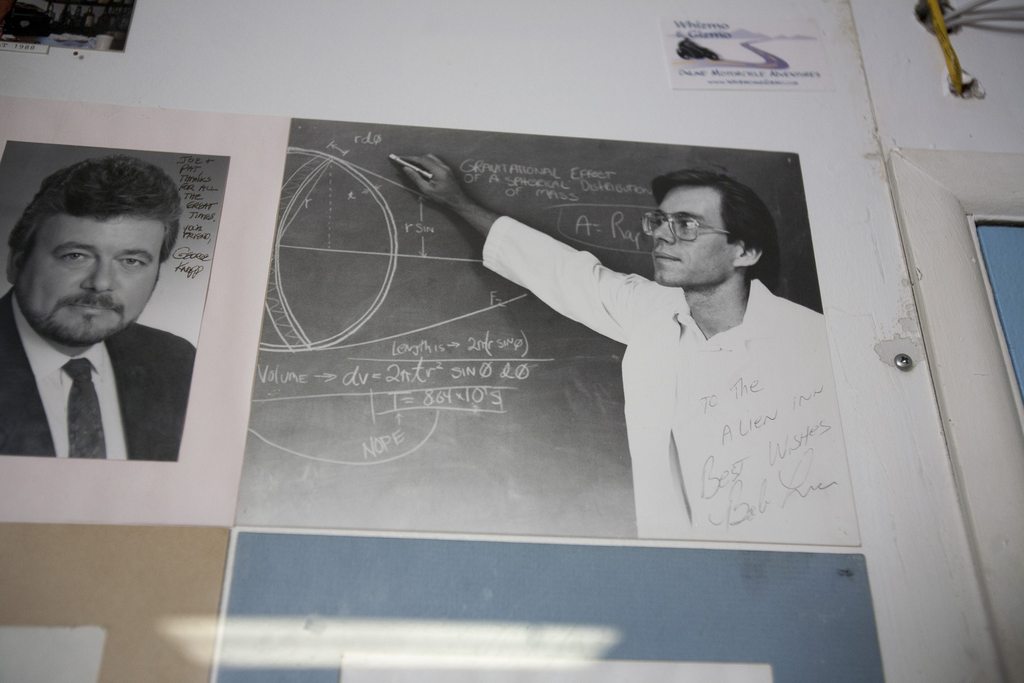 A note about Edward Teller and the general chummy universe of the national physics labs: the exchanges were between Livermore, LANL and Oak Ridge. If you ended up at Hanford you had fallen from grace. If you ended up at Sandia you were never really a scientist in the first place. The dividing line between theoretical physics and applied physics was bright and clear and those over there with the applications were known to be unclean. Even amongst that tableau, Nevada was a place you never went for very long. If you had to go out to observe a test (the last of which happened my junior year in High School) you were the object of sympathy.

Within that social clique, however, things were extremely collegial. Everyone at LANL knew everyone at Livermore etc. Through a quirk of history my parents grew up friends with Carson Mark's kids so every Christmas Eve there was a party at Carson's house. By the time I was eight I'd met Edward Teller, Richard Feynman, Stephen Hawking and who knows who else... and had no idea why I should care.

Edward Teller need not have been involved in the slightest in Lazar tricking his way into Dreamland. They need merely have called Livermore to say "do you know this Bob Lazar guy?" for the gossip to have been all about "LOL the crazy jet car guy used your name to get a job in Nevada!". As far as I remember, Teller was utterly devoid of a sense of humor so I doubt the allegation would have gone unremarked. Edward Teller being pained by mention of Bob Lazar requires no actual interaction between Edward Teller and Bob Lazar.