So I'm working on branding. Sent my designer a long list of links. Described horology as hidebound and prone to ancestor worship; linked to Patek's campaign being discussed in Fortune. Didn't read said-same Fortune article until today; that's when I noticed that Fortune linked to The Last Psychiatrist.

He's not wrong. I watched Halt & Catch Fire last summer. Screw Mad Men; that show was brilliant. And in the transition where Donna goes from being a struggling software CEO to being a venture capitalist, they featured the hell out of her playing with a JLC Reverso.

I don't know how many people noticed (outside of Reddit). But for those of us who did, it was pitch-perfect.

Society is nothing more than individual psychology multiplied by too many to count. If narcissism is what drives this society, then only narcissism will explain it.

I realize that “the system” is a nebulous term relying on an even more nebulous “unconscious”, lacking clear definition, so I’m going to try and define it. First, start with a single individual, and eliminate value words like “purpose” and “unintended consequences.” If a guy cheats on his girlfriend in a way that likely could get him caught, one might say, “he wants to get caught.”

Now add a few more individuals. I want an ipad, but I can’t afford the $10000 it would cost to make it in America AND generate to Apple the same nominal profit of $300/ipad, so then the ipad has to be made in China with cheaper labor. So while one can say, “the consumer wants an ipad,” and “Apple wants $300 in profit per ipad” the sum of those wants is “the system”: “The system wants cheap Chinese labor.” The system doesn’t want it because it’s awesome, it wants it because it added up the wants.

To be clear, the fact that ipad consumers don’t “want” cheap Chinese labor is irrelevant. All of their choices want cheap Chinese labor. You can say the same about renewable energies, something that everyone says they “want,” yet all of their choices sum up to the system’s want: the system wants to protect the oil industry. The CEO of ExxonMobil isn’t to blame, you are.

To go back to Sandberg, if the system wants cheap female labor, how would we change the system? Only by wanting different things. Simply, if the majority of women wanted to work less, that would be the game. But the majority of women do want to work less, but they also want to buy X, Y, Z aspirational products, and they want X,Y,Z way more then they want to work less. If you sum up those “wants,” and add in the wants of Nordstrom’s, Nine West, Whole Foods, Visa and Mastercard, etc, and throw in what the media wants, then it is technically correct to say: the system wants women to become batteries.

The final twist to this otherwise simple addition is that what you want is often taught to you by that very system. For example, in running through the above, what you didn’t say was, “maybe I don’t want an ipad.” That thought cannot occur to you…. because the system wants it. Try saying this to your friends and see what happens: “I’m not interested in a career, I just want to get married and have kids.”

The juiciest target for extraction by the system is not “The 1%”. The people that label is supposed to refer to can meet their wants and needs easily, and are more or less groomed by each other to behave in whatever way they do. Instead, the target is percentile 85-99, the “Aspirational 14%”, those with the resources to cover basic needs, but with the ideologically reinforced optimism to want what the 1% has some day (of course, in virtually all cases they never will, but the dream needs to be kept alive). The Aspirationals can be taught how/what to want.

Sorry for the wall of text, but this was the first thing that came to mind when seeing this TLP article.

What about this article appealed to you or made you think?

Exactly the opposite of what you're getting from it, apparently.

It's fair to say that I've been investigating and exploring the world of luxury goods for quite a while. That is not to say I've been buying a lot of it because frankly, my own personal tastes are rather simple. But what makes them luxury goods is not.

It's also fair to say that I've been investigating and exploring the expenditure of money when it is not related to want or need. I know a guy with four or five Tag Heuers. But he also has a watch that he bought on Amazon for one simple reason: It was a dollar. This dollar watch is more interesting to him than his Tag Heuers because, well, he doesn't know anyone else with one and it was a dollar. I've got a buddy whose dad has a much-loved Omega Speedmaster. Said buddy usually buys a fake Omega or two every time he goes overseas; as they tick they sound like tin foil going through a typewriter but he's never paid over 500 Baht for one (about $14). Clearly there's some self-irony there but I mean... he's got a half-dozen.

I don't like The Last Psychiatrist. He has nothing but scorn and contempt for the whole of the world. But I won't pretend he doesn't have insight from time to time. And the marketing and building of brand for something that most people will never buy is interesting to me. How, exactly, do you position your company such that the people who can buy it come to you?

Which is the kind of tagline a person who wants to be a wealthy, complicated, precise man who doesn't fall for tag lines would fall for. The man in the photo is not a representation of the target demo; he is the impossible aspiration of the target demo. That explains how the kid can be in a sweater vest and not trying to murder his family.

So there's the snark. What does the non-snark say?

In that article, Tim Calkins, professor of marketing at Kellogg School of Management answered: “How do you sell a $25,000 watch when people can buy an accurate one for $10? Patek Philippe’s 'Generations' ads, featuring fathers and sons and the line, 'You never actually own a Patek Philippe. You merely look after it for the next generation.' A Patek watch isn’t a device for telling time. It’s an heirloom that transfers values across generations.”

So to get anything out of it, I have to tune out the snark. But I can do that, because I've long since determined that The Last Psychiatrist is mostly writing for his own therapy and I've listened to bipolar narcissists howl at the moon my entire goddamn life and I know they aren't entirely deranged the trick is to pull out the insight without getting buried in the bullshit.

So what appealed to me and made me think was the art of selling as applied across a demographic that you don't necessarily think is going to buy your product. Not now, anyway, and maybe never, but it's important to the people that do buy your product that they know what it stands for.

Funny thing happened to me this quarter. I had to relearn what "jewelry" means. Growing up going to rock and gem shows, "jewelry" was semiprecious faceted stones surrounded by just enough gold or platinum to show off the rocks. But in my intro jewelry class, we had copper, brass and nickel silver. Garbage materials. So I made a bunch of ugly shit. Once I got some sterling I tried a little harder but still... eh. Give me a garnet cabochon? Hell yeah I'm all over that let's set it in something small and dainty but for me, it wasn't jewelry unless it was obviously expensive materials. But check this out:

I discovered Rene Lalique last night. Now - I wear Lalique for Men when I wear cologne. It was given to me by a girlfriend a long time ago who liked the way it smelled on a gay newscaster she didn't get to bang. And whatever, I'm fine with it, and it's a singularly '80s scent so nobody else rawks it (like anybody wears cologne anymore anyway) but all I knew about Lalique is it was stinkum.

But now I'm examining the whole luxury world again and Lalique is a glass and enamel company going back a hundred years that was founded by a guy who fucking owned art nouveau enamel and his shit is in museums and the brand was owned by three generations of Laliques before they sold out to a conglomerate that, ten years after buying the brand, decided two years ago that fuckin' hell it was worth more to be Lalique than to pretend to be a conglomerate so they folded all their other brands into Lalique. 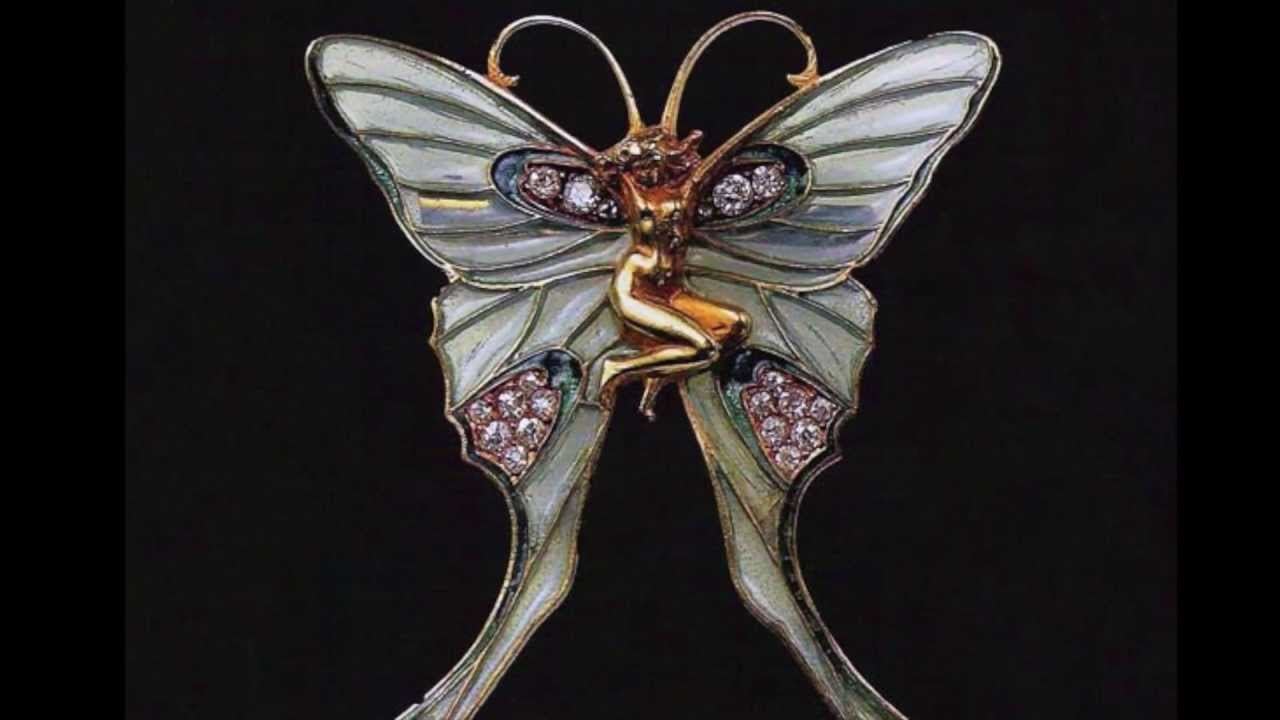 That shit's in a museum. And it's fundamentally influential on art for the past hundred years. And fuckin' hell - now I like my cologne more and all that?

That's the stuff that this article touched on.

I remember reading the economist and being confused by all the weird watch ads. Then this article came out, and it all made sense.

In TLP-related news, I bought a bottle of Zaya this week. It tastes like some horrible concoction of bananas and bandaids. It reciprocally explains the blog itself, though. Whatever happened to TLP anyway? Total radio silence after May 2014.

Word on the street is after he was doxed his employer told him to cut it out.