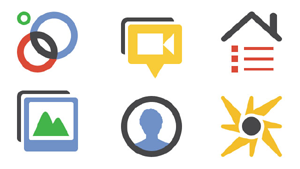 I’ve had some thoughts about Google’s move into social networking that I wanted to get into writing. I haven’t received a Google+ invite, so I haven’t tried Google+ yet. However, the thoughts I want to address don’t really regard the specific functionality of Google+. I will probably use Google+, and I imagine that I will find it useful for quite some time. And yet, I think that Google+ may sow the seed of Google’s undoing.

I find Google’s search, map, finance, scholar, gmail, analytics, and news apps to be very useful, and I use them daily. I am a big fan of Google’s technology. Because so many people use these Google apps, they have a number of obvious advantages when it comes to building a social network.

From what I have gathered, it seems like the reaction to Google+ has been positive, and that they will have a large measure of success with it. Even so, if the response to Google+ isn’t stellar, it seems that Google is very serious about building a social network, and as a result, I believe that in time, they will succeed in building one.

But privacy issues aside, something else about Google+ doesn’t sit right with me. What bothers me is that Google+ will touch every Google application. With Google+, Google does not just introduce a new product; it also casts a shadow on every other Google product.

Of course, Google+ will not immediately change every Google product. However, I think it is safe to say that the development of every existing product and the creation of any new products will now be made with consideration of Google+.

As time goes on, our needs evolve with technological, cultural, and environmental changes. With a loosely-connected array of products, Google can adapt or discard applications as they become obsolete. However, with Google+, Google has begun to define itself with a singular global application. This global application cannot easily be discarded. Google+ can adapt, however its ability to do so is conditional upon a large number of interdependent applications.

With Google+, Google has laid the foundation of a legacy system. To me, this means that Google has entered a new phase of its lifecycle, and is one phase closer to its last one.

vick  ·  3156 days ago  ·  link  ·
I actually agree with what is written above. See the recent news coming out about Blogger and Picasa being retired, so it is only natural that new product development will be heavily impacted, if not entirely determined by + and only +. Though I wouldn't characterize this as the "start of the end" for Google, it is the "end of the rise and rise of Google". As with MSFT, what Google has done is that by its own actions of diversification and consolidation, it has created a space for another player who will win by keeping it "clean" in developing apps that do their "one thing" right rather than fit into the + framework AND do that "one thing" right.
+discuss
+discuss
–3
benben  ·  2966 days ago  ·  link  ·
This comment has been deleted.
alain250sxf  ·  3155 days ago  ·  link  ·
This is pretty contradictory... Blogger and Picasa were two "clean" applications that are being retired. They focused on one thing and did it right. Yet they weren't succesful in the longterm. I don't think Google is trying to be anything and everything, it's just building the framework to make it possible for other companies and programmers to add their specific and "clean" apps. This will create a constant expansion and evolution with the needs of the users. And I'm pretty sure they will make it the open source concept that Android is, and Android seems to work wonders because of it.

I for one welcome to consolidated approach, where one thing works with the next, as long as they don't also take the propriatery approach like Apple.

Very true. To be fair, I think these could be considered social services that fall directly under the umbrella; however, how large will the umbrella become as Ad revenue from Google+ grows?

That's pretty much the gist of it. It's not a lack of 'friendliness', but an obligatory degree of it that I see becoming the problem.

+discuss
+discuss
alain250sxf  ·  3156 days ago  ·  link  ·
I dont fully agree with what you're saying. Although you do raise very good points, we can just look over at Apple and see that most mass consumers are just gobbling up this type of approach. I feel Google can amend and adapt their approach to make it valid for many years. One would of thought that Google.com alone wouldn't of lasted as long or been as popular as it is... And to that point, Google already revolves around one central idea... it's search engine. And that has evolved and adapted with the need of the end user in a very good way.
+discuss
+discuss
–6
mk  ·  3153 days ago  ·  link  ·
I got Google+ today, and I do have to say, that at least from a design standpoint, it seems like they are keeping it a bit like its own service. Google+ might just be the social slice of the Google lineup. I do hope this is the way of things. I'd hate to see a creep that leads to the scenario I waxed about.

Like I imagined, it is very good. Better than I expected, in fact. I honestly will be closing my fb account shortly. I really dislike the 'friending' method. It doesn't reflect daily life, IMHO.

That's exactly what it does. It's very intuitive.

+discuss
+discuss
–1
ecib  ·  3152 days ago  ·  link  ·
Ok, so it has a shot at being alright. I wonder how long it takes fb to copy the feature. The are not shy about tCking new features on...they do too much of that already IMO.
+discuss
+discuss
mk  ·  3156 days ago  ·  link  ·
You might be right. The fact that Google has gotten where it is when other search companies have not, suggests that Larry and Sergey are very strategic thinkers. It's reasonable to think that they have considered these issues, and have ideas about how Google can take on something so expansive and yet remain innovative and dynamic. Using Google+ might provide more insight. However, serving people's social needs can be so damned demanding.

It's an interesting company, and I hope it stays that way.

Definitely agree, and I also hope it does.

+discuss
+discuss
cgod  ·  3156 days ago  ·  link  ·
Google seems to use the throw shit at the wall and see what sticks method of new product development, which makes me not worry about + warping the rest of their product development. Time will tell if + becomes the overriding focus of the company.
+discuss
+discuss
–2
mk  ·  3156 days ago  ·  link  ·
I agree with that characterization of Google's strategy, and I actually like them for it. -It's rare to see such a large company take so many chances. However, I think that Facebook's huge ad network might have convinced Google that they need to get serious about building a social network. Google has most of its eggs in the search-based advertising basket, and I'd wager that they see a social network as an effective way to leverage AdWords.

For this reason, my guess is that they are more interested in Google+ sticking than most shit they throw at the wall.