There can only ever be 21 million Bitcoin. Roughly every four years, the amount of new coins being created is halved - an event called the halving. The idea is that a reduction of new Bitcoins created combined with increased demand leads to higher prices. This is why Bitcoin is often described as being deflationary by design.

For a more vivid comparison, imagine what would happen to the price of gold if half of the world’s gold mines collapse every four years.

This comparison has its merits because Bitcoin is often described as a store of value (SoV), a property commonly assigned to gold. A prevalent model to be considered in this context is Plan B’s Stock To Flow Model. It compares Bitcoin’s stock, the size of the existing stockpiles or reserves of Bitcoin, and its flow, the yearly production, to commodities such as gold or silver. The model continues to hold up well and strengthens the arguments for halving events to have a considerable impact on the price of Bitcoin.

Let’s see how the halvings affect the Bitcoin price by consulting the @halvingtacker. It shows how the price of Bitcoin developed in a comparison between 2012, 2016, and the current cycle. 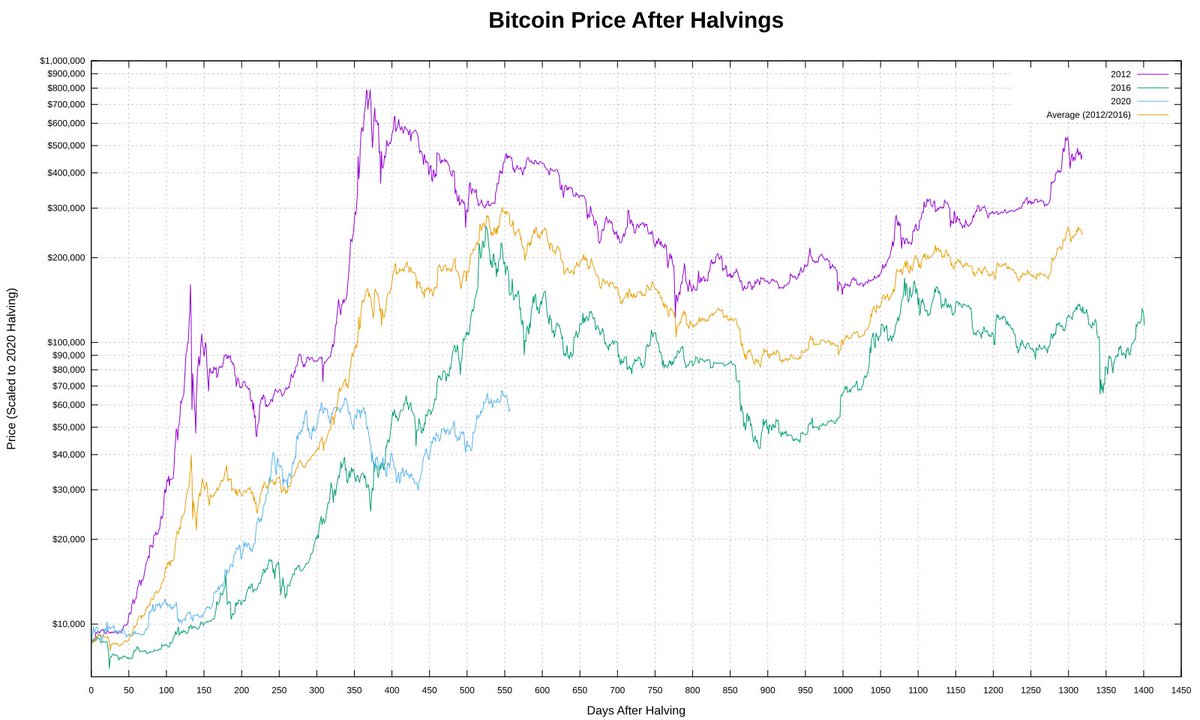 As you can see, a halving event kicked off a Bitcoin bull run in 2012 and 2016. Most analysts would agree that we are currently in one as well. How this cycle is going to play out is where analysts begin to have controversial discussions. One idea is that Bitcoin is nowadays more established, has garnered more institutional investors, and is an attractive inflation hedge. This belief is referred to as being in a Bitcoin “supercycle” and implies that we will see less of a price pullback than the previous cycles have had. The other belief is that we will experience another sharp price uptake before reaching a peak followed by a spectacular price drop, a so-called blow-off top, just like the 2012 and 2016 cycles have had.

I hope this has been helpful to you. If you like intros like this, consider signing up for my newsletter The Bitcoin Espresso ☕.

If you have feedback or questions, I'm happy to discuss them here as well of course!