a thoughtful web.
globalbadges$
Share good ideas and conversation.   Login or Take a Tour!
comment by user-inactivated
user-inactivated  ·  1628 days ago  ·  link  ·    ·  parent  ·  post: Other than Hubski, what websites do you visit frequently?

I just looked at their site and Emerald City ComicCon seems to have a pretty good mix of guests this year. If you're not super huge into comics, just go around snooping from booth to booth and see what grabs your eye. You'll probably find some pretty cool stuff. Similarly, check out their panels and go to anything that strikes you as interesting. More often than not they tend to be at least halfway entertaining and informative.

I did want to point out one duo that is going to be their this year, Comfort Love & Adam Withers. These guys probably aren't all that well known. They're self published. That said, I did go to a panel of theirs one time about the process of creating comics and they were awesome. If you get the chance, check them out. They're a very cool couple.

I see that bfv has recommended Lock & Key, Sandman, and Hellblazer. If those are your style, I can't recommend The Unwritten enough. It is a fun, exciting read and it does a great job at looking at how not only stories affect us, but how we as a collective culture influence the stories we love. Since you have a personal love of reading and books, I really think this will be right up your alley.

Stan Sakai is probably my personal favorite author. His book Usagi Yojimbo has been around for almost 30 years now. Stan's writing is deep and rich while at the same time beautifully simple in how the stories play out. The characters themselves reflect this, being both complex and flawed while at the same time fitting standard archetypes. I really can't stress enough just how wonderful this series is.

If you like epics and fantasy, Jeff Smith's book Bone is really high up there on my list of books that I think you should check out. It is absolutely fantastic and I haven't really met anyone who has ever had anything overly negative to say about it.

Rick Remender is another personal favorite of mine. I'm a huge fan of sci-fi and pulp and I think his two best titles, Fear Agent and Black Science embrace those elements perfectly. They're colorful and creative and the pacing of the books are brisk without being overwhelming or confusing.

To continue on the Sci-Fi bent, ever briefly, Brandon Graham's series of The Prophet is absolutely divine. The story itself is great, though paced very differently than most mainstream comics (it's slow to unfold), but the books are worth it for the artwork and world building alone. It very much reminds me of Jean Giraud's standalone illustrations.

Mike Allred, like many of the comic authors I'm pointing towards you, has worked on tons of stuff over his career. His personal creation though, Madman, is just wonderful to read. I probably reread it every few years.

If you like Madman, you'll also love Concrete by Paul Chadwick. At the heart, it's nothing more than a story of a man trying to get by in life.

Now, I'm not a huge fan of the DC universe, the one exception being Batman. If there is ever any books I'd recommend to you, it would be Jeph Loeb's and Tim Sale's book Batman: The Long Halloween. Everything about this book is fantastic. The artwork. The story. The depth. Ugh. It's just amazing.

Rob Schrab is comedy writer who has worked on shows such as The Sarah Silverman Program and Parks and Recreation. What a lot of people don't know, is that he wrote a comic series in the early '90s called Scud: The Disposable Assassin. This book is a fucking trip.

There's actually a lot more books I could recommend, but I'm afraid of overwhelming you. If you ever want more suggestions though, hit me up. I'll open up the flood gates. :)

So a big part of the reason I haven't gotten too into comics is I read fast. They seem so tiny and expensive for not a lot of story. Are these longer? Are there anthologies or something I can get that are the length of more traditional books? Or do you just buy like 5 at once? Do libraries have these?

I'll give it a go either way just wondering where to start.

A very large chunk of the comics out there get published in what are called Trade Paperbacks. The majority of them are soft cover, but there are some hard cover ones as well. Trades usually have anywhere from 4-8 issues in a single book, giving you more bang for your buck. The fact that you can put them on your bookshelf adds additional value in my opinion.

Comics are, for the most part, a pulp medium. They're stories boiled down to the most important elements, the action, the drama, the suspense, what have you. As a result they're often a very fast and a very easy read. What makes comics amazing though, is how the artwork and the words on the page work together to tell the story. Before you even start reading comics, I recommend you check out Understanding Comics by Scott McCloud. It is to comics what film school is to movies. After reading it, you'll have a whole new appreciation for the medium and you'll be able to pick up on things you never picked up on before.

I know you're hesitant about spending money on comics. To be honest? I wouldn't recommend you buy very much without experimenting first, seeing what you do and don't like about the medium. Fortunately, libraries carry graphic novels/trade paperbacks and you can get your hands on A LOT without spending a dime.

I'll second Scud. Scud was hilarious, though its sense of humor is the sort there's been a sort of backlash against recently. 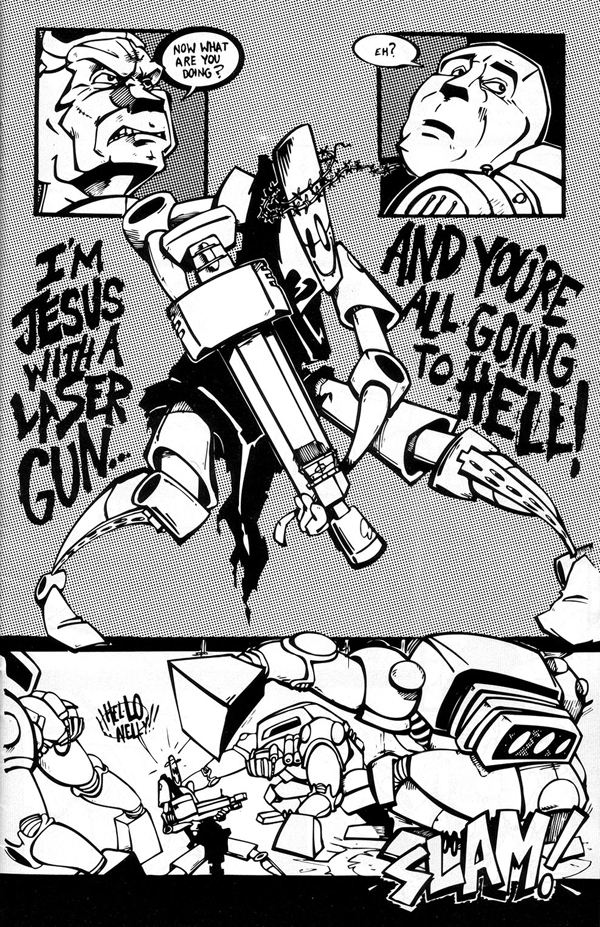 Edit: But Lucifer was a better Mike Carey comic than Unwritten.

But Lucifer was a better Mike Carey comic than Unwritten.

I have not had the chance to read that series yet. It's on my list though. Everyone keeps on telling me how good it is. 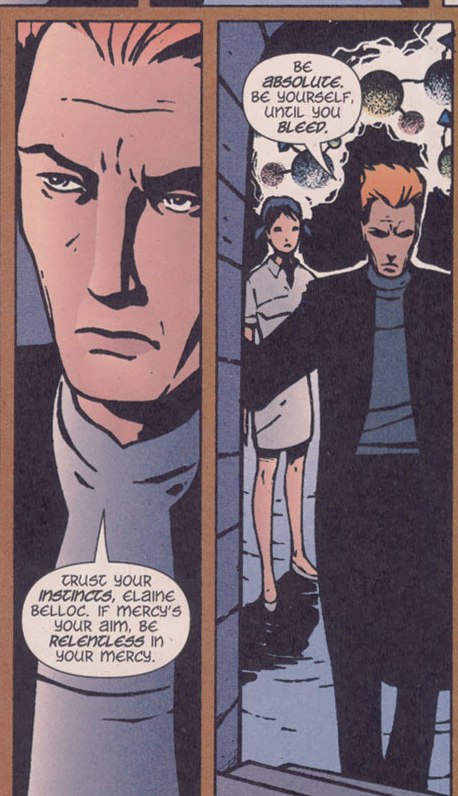