a thoughtful web.
commentspostsbadges
Good ideas and conversation. No ads, no tracking.   Login or Take a Tour!
comment
kleinbl00  ·  219 days ago  ·  link  ·    ·  parent  ·  post: The hypocrisy of abortion as a corporate perk

First: I agree with you. Wholeheartedly.

But also: let's talk about that.

Back in the '90s, Tennessee lost a Toyota plant to Ontario because while it was hella cheaper to open in Tennessee due to a lack of worker protections, a regressive tax structure and an abysmal quality of living that made wages rock-bottom, the lack of schooling, general piss-poor quality of education and the fact that Toyota would have to build out a "social safety net" in parallel with wages meant it was actually much cheaper to open in Canada.

I spent half of last year attempting to make benefits make sense for our employees. I couldn't; the plan I could provide would annihilate any subsidies my most vulnerable employees were earning unless I was paying at least $600/mo/employee. Do I get any tax breaks for that? No I do not. And if I pay $anything/mo, I invalidate all subsidies for every single one of my employees. And if 70% of my employees don't sign up, that $600/mo becomes $900/mo AFTER I've signed the papers. And I've got part-time people, and I've got people married to state employees with cushy benefits packages, and I've got VA people, and that nut was un-fucking-crackable.

You don't have to deal with this shit in any other country. "Benefits package?" You're sick, you go to the doctor. You pay higher taxes, and those higher taxes provide the shit that I have the "privilege" of dangling in front of you like this is fucking Squid Game or some shit. You wanna compete globally? You're competing with a global tax structure.

Now - I'm dealing locally. Exclusively. You can't drive to my office in half an hour you simply don't matter to me economically. So the money I'm paying? It's local AF. Where's it going? It's going to a multinational corporation that's familiar with phrases like "A double-irish with a Dutch sandwich." Meanwhile the localities are doing dumb shit like Florida picking fights with theme parks, FFS.

Once more with feeling: It's opportunistic pandering to make gestures like this. But from a corporate standpoint? It's a political move they don't want to make over an issue they shouldn't have to care about to address basic worker protections and benefits that every other fucking country provides.

And over time? It's gonna become increasingly obvious that places with decent healthcare, decent schools and a decent quality of living are easier places to hire. the taxes might be more but if you aren't at "creative multinational accounting consultant" you're a spreadsheet away from choosing nanny states for purposes of economic competitiveness.

Especially in a world where we're at de facto war with Russia and de facto cold war with China.

Hollywood has long had a beef with Canada. Canadian production steals Hollywood jobs. Know how? By providing subsidies, training and a better quality of life dollar-for-dollar such that the bare-knuckle California grifters end up outcompeted by a bunch of softies who like their bloody marys with clam juice in them.

We now live in a country where the Republicans just gave an intense structural advantage to liberals. It's gonna take a while to shake out? But I think it's gonna shake out. And I don't think it's going to stop at "abortions are legal here." 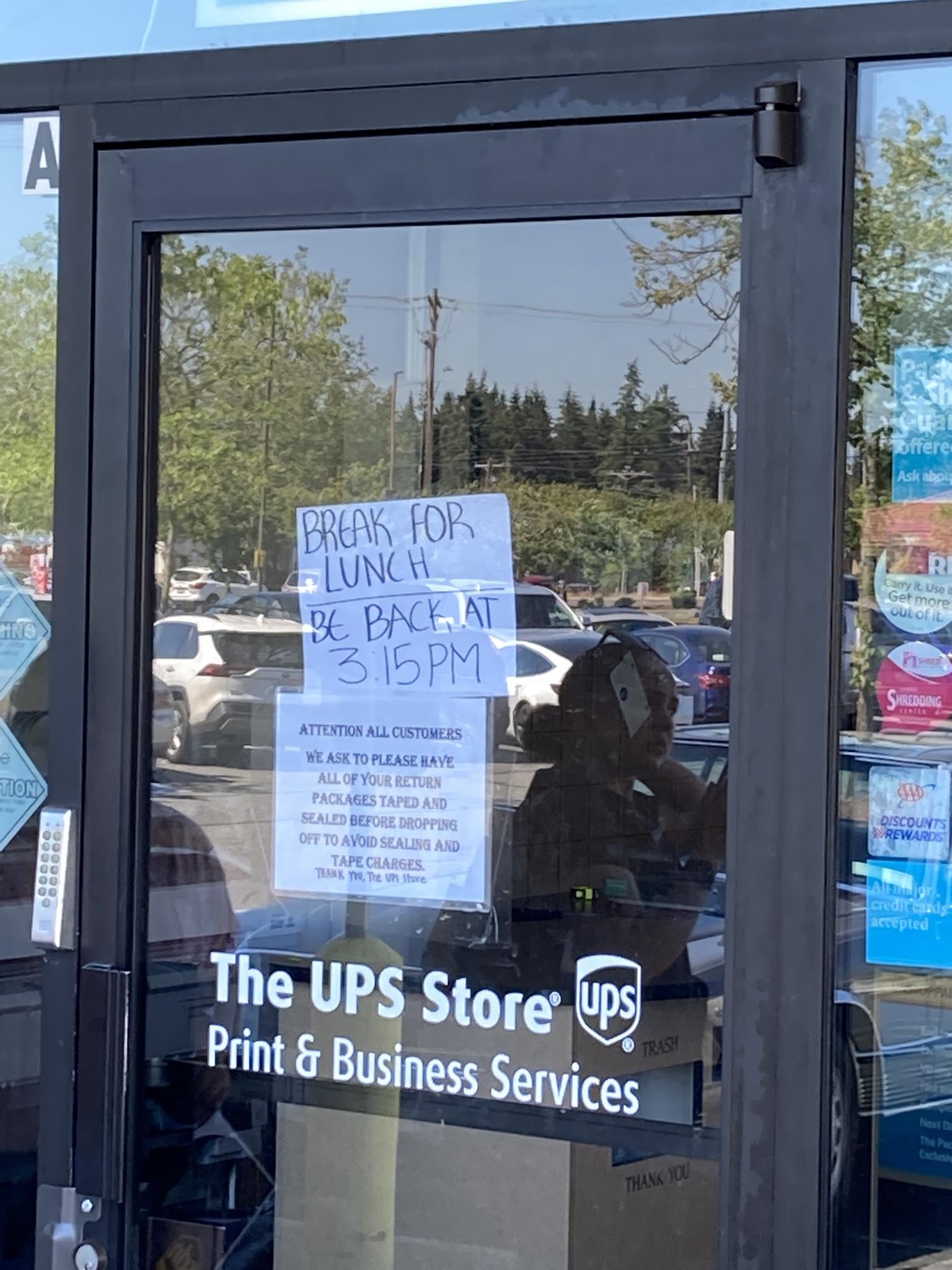 She wasn't, by the way. She wasn't back by 3:25, and I was almost late picking up my daughter. There's three people per shift in that location, I know it well. But the morning shift? Two of 'em didn't show up, because working at the UPS store (where 90% of your business is scanning Amazon returns) fucking sucks. We just spent eight weeks hiring. About a third of our interviewees ghosted; about two thirds of the people who showed up for interviews ghosted after that.

We cracked the nut, though. You want to get on Indeed and offer the job to people who are on Indeed but aren't applying but are in a job and looking for better opportunities. That way you're picking from a pool that has already made the economics work out at a lower price point.

You don't want to waste your time on the people whose economics work out to eat mom'n'dad's food while sleeping in their high school bedroom. No blame on them. No fault whatsoever. I wouldn't do the job I'm paying $19/hr for (we bumped it a buck, and immediately bumped everyone else) for less than $90k a year. Most employers around here are paying $16. And until the economic landscape becomes one that most people want to traipse across, they're gonna stay home.

Once more with feeling, I agree with you wholeheartedly. But from a corporate fat cat standpoint? holy fuck now I gotta get in your business and buy you an abortion plane ticket?

This is Jack's disgust with the Republican Party