It's amazing how much the type glue actually does make a difference, both in how easy or difficult it is to use in a certain scenario as well as the final result you get from it. Factor in that different types of papers have different textures, thicknesses, etc., there really is a lot to experiment with. Out of curiosity, have you tried the spray adhesive? What kind of luck have you had with it? I've been tempted to try it myself, but I think it would be too messy and unwieldy for how I work. That said, I did decide to switch to spray varnish to finish my pieces because regular varnish keeps on fucking up my brushes and it was getting wasteful. Remind me to share the results of that.

I'm mostly coming down on the side of "going to take way too long to pay off."

Sorry. Tangent here. That's the hard thing about making things to sell, isn't it? You need a product at a price that someone is willing to buy, but at the same time you can make enough money off of to make it worth your while. No one wants to do the math to find out they're making less than minimum wage on each piece they sell. There was a really good thread on Reddit a while back about people getting worried that Etsy is starting to ruin the market value of hand made products because A) people are willing to sell stuff for less to just move product and B) people are selling handmade goods from Asia for super cheap (I kid you not) bringing the price of stuff down. It's a pickle of a situation for sure. If your amaze balls quilt could have easily sold for $3,000 ten years ago but now people think they should only have to pay $500 for the same quilt today, you're probably justified in feeling a bit frustrated.

With that in mjnd, how's your Etsy shop doing? Have you tried to figure out ways to make more books faster, cheaper, etc? I'm genuinely curious. :)

In the 3 or 6 or whatever months I had an Etsy shop (featuring the books), I raked in a grand total of one "like" from a random user. That's it. When the listings expired I let them expire. I think it's actually probably harder to sell things like handmade books on Etsy, where there's a plethora, that it would be at local crafts fairs and similar artisan, in-person events.

I bolded in person because I suspect seeing products for real, and being near them for real and then walking away from them for real, not to mention being able to pick them up, leaf through them, in general touch and experience the products, is going to give the average vendor more sales than having an online shop will. I think you make a connection at a fair with the vendors that are there and those products - instead of on Etsy where there are literally dozens of pages of hand made books.

I definitely noted that "hand made books" on sale on Etsy....aren't always really verifiably hand made, at least not by whoever was posting them for sale, and are often super cheap. I kind of wonder if some unscrupulous people buy bulk batches of handmade books from India and China and mark them up on places like Etsy, basically using people's perception that Etsy is full of real handmade people and goods in order to add a certain aura to their products and sell them at a steep profit.

Can't prove any of that though.

I've gotten better at making books in volume just with practice, and also I realized that you make a lot more books more quickly if you mass-produce whatever you need at each step. For instance, when I'm folding paper for pages, I just fold until I'm out of paper - not until I hit some # I need for a specific project. Because damn, if folded and pressed signatures aren't my major limiting agent in book production, or what. (They are - it's because it's the most boring of the steps, probably. But I get by with folding them while TV-watching.)

My cloth covers are all recycled clothes and my collages are all free magazines. I have managed to source a quality book board cardboard on Amazon for real cheap, and oh - i steal all the actual paper in my books - so besides the initial struggles of getting the really right materials, honestly, book binding has been pretty cheap for me. Of course, that's if you're not trying to calculate for time and a profit in there, either.

I figure, I can worry how many hours each book takes and what I should be paid and all of that - the invisible expenses of making product - later. Like, waaaay later. Like let me sell a god damn book to a person later. And then maybe 5 or 10 more, before I even start worrying about it. I just charged a rough figure for the Etsy listings, but honestly there was no way I could compete with $5 handmade books at a loser price without bleeding money.

I haven't actually used spray adhesive yet, it's on my wish list, but I've seen a few blogs that seem to like it a lot - in the right application, of course.

I think in general, you'll have better luck selling in person. People can get a better feel for the craftsmanship involved and there's also a psychological element that factors in as well. When the person who made the item is standing in front of you, you feel more compelled to buy to avoid hurting their feelings. That's why little one and two dollar knick knacks are good to have on your table. They people an easy way to buy something to settle that emotion without breaking the bank. 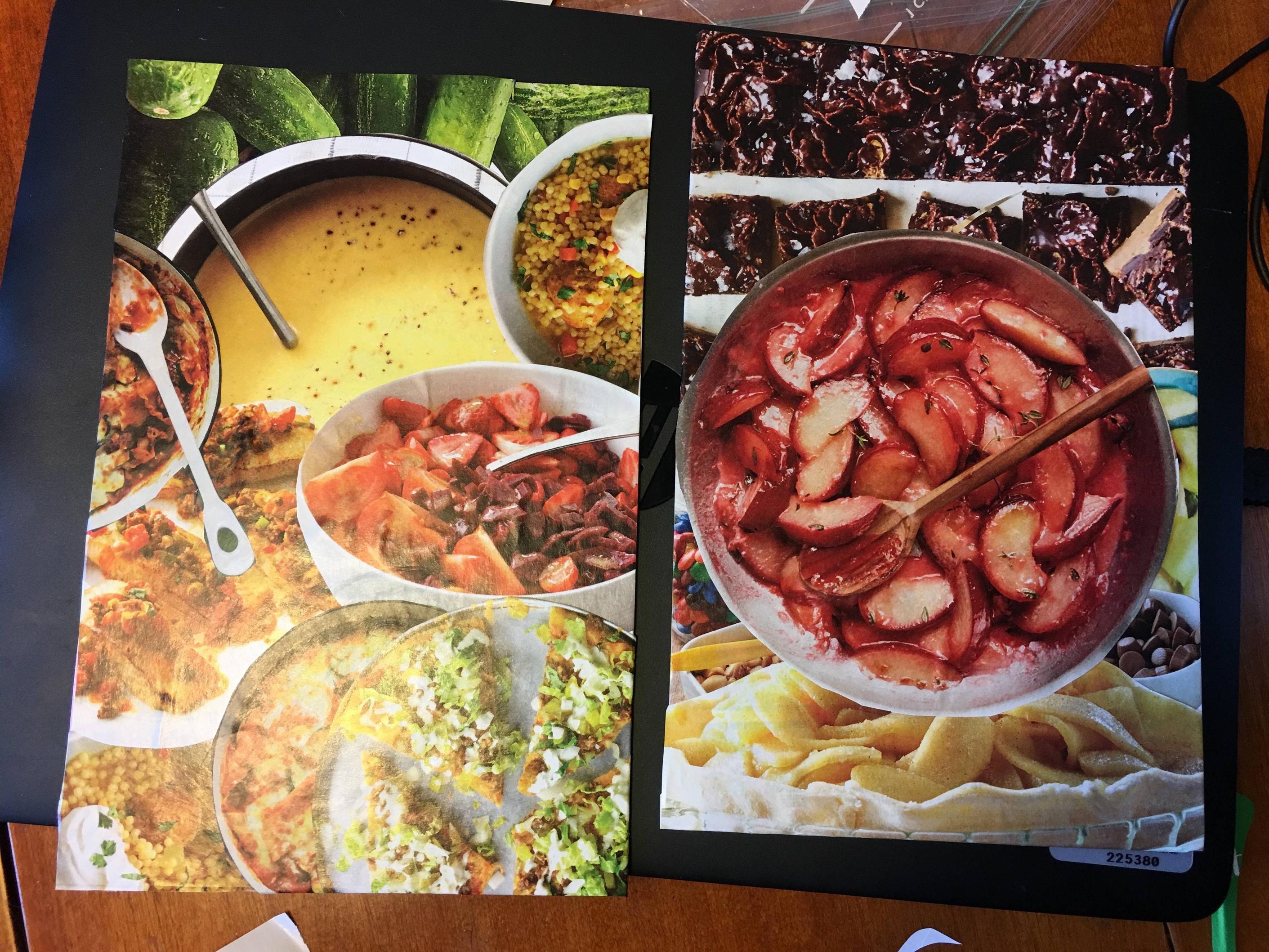 Practically none. this time, still glue stick, but then I also stuck 'em under a stack of hardcovers while the glue dried. Fuckin awesome!