I don't know why people overthink this. Actually, that's not true. I do, it's just that the answer is uncharitable.

The overwhelming majority of people who have worked for us are going to be working for someone their entire lives. They are externally motivated, are disinterested in autonomy, wish to minimize their exposure to change and innovation and derive their pleasure entirely from the hours they are not earning a living. There is nothing wrong with that. But they're deliberately giving control of their waking life over to me and my wife. We give them something fulfilling to do, we give them parameters within which to do it, we give them the means to provide food shelter and self-actualization and they look at the self-actualization and say NO THANKS.

A few of the people who work for us are transitory. They're working for us because they can't afford to work for themselves. They have not amassed the credibility and resources to seek their own self-actualization but they are striving, successfully or unsuccessfully, to eliminate all bosses from their future. And we hang onto them as long as we can and wish them well when we can't and keep in touch with them when they're gone and watch their trajectories with interest.

Neither position is morally superior. Neither attitude is somehow better than the other. But lemme tell ya - if you spend your life enjoying other people telling you what to do, DON'T RETIRE. Find a job that you enjoy and do it until you can't. It pays better.

And if you don't? This article is meaningless for you anyway.

People need people, and people need things to do. Much like Neo populated his Matrix, so must you populate your own domain with new stuff.

Holy shit this article boils down to "how to get a life" and if your job is your life fucking keep it.

I remember when I was in my early twenties chatting to two guys who were in their late 50's/early 60's and the topic of what they would do if they won the lottery came up. One said he would change nothing and keep working, which was a totally alien concept to me at the time. I couldn't understand how someone who had spent ~40 years doing a job, wouldn't jump at the chance to do something/anything different when given the option. His friend agreed more with me, and said he would do something (I think he mentioned Travel) to change his lifestyle. I left the conversation warning myself to never become like the first guy who seemed utterly devoid of any energy or curiosity of the world beyond his job.

You'll Never Eat Lunch In This Town Again is 573 pages of indexed, searchable hatorade about the '70s and '80s. It's fundamentally a cautionary tale about how early success leads to drug abuse and narcissism. It includes great quotes such as Mama Cass saying "I remember what an asshole you get to be between your first magazine cover and your third" (about Spielberg, no less!) and the never-sourced, apocryphal

The Jews have a saying: people see money three ways, as blood to nourish, as semen to create or as shit to be thrown away.

I haven't had a jobby-job since February 13, 2007. Since then I have never worked more than six months in a year, never made less than $60k, and have often made six figures. I am firmly of the opinion that 40-plus hours a week doing something unfulfilling is no way to live. But I have also learned that lots of people derive their fulfillment from pushing the fuckin' boulder up the hill every day only to have it roll back down.

THERE IS NO REASON TO LOOK DOWN ON THIS. Yer blogger seems absolutely gobsmacked that his girlfriend doesn't want to spend her life playing video games and going to museums.

I feel sure that some of them also felt that they were, you know, continuing to move and shake and improve their lives whereas, from their perspective, I’d sort of given up — my life appeared to be a static thing, unchanging, and therefore pretty fucking boring.

I suppose this is is a testament to the different reactions one can have to the same experience — the experience of watching your friends work away at through their jobs while they spend money on <stuff>.

This is pretty easy - if you derive pleasure from <stuff>, work for <stuff>. If you don't, don't. But don't for a minute pretend that one position is morally superior to the other or you will, in fact, drive away everyone who matters to you.

I now revel in telling people I'm retired. I go to bed exhausted every goddamn day. I spent six hours standing in front of a drill press yesterday. In the time I stopped having a jobby-job I wrote eleven screenplays (sold two!), a novel, two graphic novels and a rippin' business plan that made me more money than all the rest. I've learned a dozen different software packages, three or four different kinds of metalwork and am writing this between three different CAD/CAM webinars. I've been "retired" ten years longer than this guy and I find him extremely boring.

If your life is unfulfilled do different stuff now.

Every single person in that dude's creative writing classes was either busting ass working two jobs or living off of Daddy's money. Been there, done that, got the certificates. And yeah - if you don't think you have the stamina to be a writer, don't. But also recognize that showing up every day to file TPS reports also requires stamina, not a mote in the eye.

I've been neck deep in turning an $8k CNC machine into a $150k CNC machine for about two months. If I can get it up and running in the next ten, that'll be a $142k career. The author's approach to life is not dissimilar from Shannon Hayes' Radical Homemakers, except that anybody what wanna farm recognizes that you're doing something.

I left the conversation warning myself to never become like the first guy who seemed utterly devoid of any energy or curiosity of the world beyond his job. 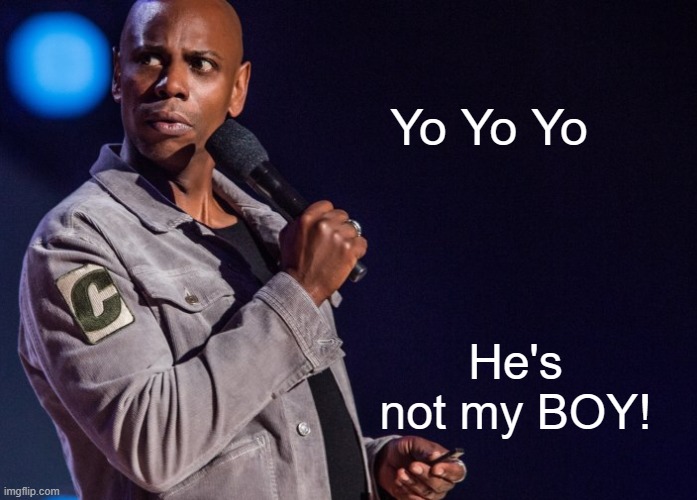 Right, which I think is the fatal flaw. He worked to free himself from the need to work, escaping FROM it but not TO something else apart from sitting around the house and taking a few trips.

I suspect that you have no problem filling time with interesting projects that enrich your life. I know I often look at the 40 hours a week spent working as a (mandatory) demand on my time which reduces availability to do other things, learning new skills etc. That is its a job. If retirement was an option, my approach would be "retiring from needing to spend 40 hours doing X every week, freeing me to do more of A-Z in the future", not "retiring to the couch to play Xbox 40 hours a week". In the last week I have spent my evenings and weekends fixing oil boilers, timber floors, water mains, painting, decorating, plastering... And its a blast, I enjoy learning and doing new things.

He was content, which is probably a less fickle state than happiness in the long run. I mentioned him as an example of the opposite extreme and maybe as an example of how people on the extremes can have lots of similarities; where the blogger wanted to leave work and had nothing else, my friend wanted to stay working as he had nothing else. Its one thing to work when you have to, another to continue working when it is no longer a requirement but you enjoy it; but to shut yourself off from all other experiences (which both extremes seemed to do) is best avoided.

In your earlier post you mentioned that people overthink all of this and I would agree. To me it all comes down to the time you have and how you spend it. Should you find yourself financially independent, if you like what you do and have no interesting in other activities then stick with it, in my case I suspect that the desire to learn something new that does not align with my current job (and may not be economically viable) would be too strong to not pursue.

He worked to free himself from the need to work, escaping FROM it but not TO something else apart from sitting around the house and taking a few trips.

And that's my biggest beef with this genre of self-help: from Tim Ferriss to Robert Kiyosaki, it's leisure-time all the time. It's also been pointed out that Tim Ferriss probably spends 80 hours a week promoting the four hour work week.

I've been through... three? four? careers since college, depending on how you count, and it's always been about turning a hobby into a profession. I say "retired" but it's not like I don't plan on selling the shit, it just shuts up the normies when they ask when they can buy one because fuck you I had to reinvent casting get off my dick.

I think the idea of squirrelling away money so you can "retire" to do the shit you love is fundamentally flawed. What you should do is invest your time in getting remunerated for a better "job". But that doesn't sell books and doesn't get page views. Ripping out to IMTS in Chicago between shifts mixing television in LA isn't something you can tell anecdotes about on a podcast, it's just hustling.

Some people wanna hustle. Some people don't. No harm either way. But this whole genre of "hustle so you can stare at your belly button and smoke weed" advice is written for the stupid (often, by the stupid).

That was a really cool read