This feature is powered by text-to-speech technology. Want to see it on more articles?

Give your feedback below or email audiofeedback@wsj.com.

A sharp rise in homicides this year is hitting large U.S. cities across the country, signaling a new public-safety risk unleashed during the coronavirus pandemic, and amid recession and a national backlash against police tactics.

The murder rate is still low compared with previous decades, and other types of serious crime have dropped in the past few months. But researchers, police and some residents fear the homicide spike, if not tamed, could threaten an urban renaissance spurred in part by more than two decades of declining crime.

A Wall Street Journal analysis of crime statistics among the nation’s 50 largest cities found that reported homicides were up 24% so far this year, to 3,612. Shootings and gun violence also rose, even though many other violent crimes such as robbery fell.

Police, researchers, mayors and community leaders see a confluence of forces at work in the homicide spike. Institutions that keep city communities safe have been destabilized by lockdown and protests against police. Lockdowns and recession also mean tensions are running high and streets have been emptied of eyes and ears on their communities. Some attribute the rise to an increase in gang violence.

Some cities with long-running crime problems saw their numbers rise, including Philadelphia, Detroit and Memphis, Tenn. Chicago, the worst-hit, has tallied more than one of every eight homicides.

Less-violent places have been struck as well, such as Omaha, Neb., and Phoenix. In all, 36 of the 50 cities studied saw homicide rise at double-digit rates, representing all regions of the country.

“I was surprised at the consistency of the increase across all of the different cities,” said Jens Ludwig, a University of Chicago professor and director of its Crime Lab, which researches crime, after examining the Journal data.

Police and academics who study crime have long debated why homicide rates rise or fall, citing variables including demographics, incarceration rates, drug epidemics, the economy and policing. That debate has been thrown a new curve: fallout from the pandemic. Moreover it is complicated by the fact that other kinds of crime are falling. Reported robberies were down 11% among the 41 largest cities that made robbery data available.

One explanation for the divergence between homicide and other crime might reside in what is known as “routine activity theory,” which holds that crime is a function of three factors: The supply of offenders, the supply of victims and the intervention between the two by society’s guardians—including police, schools and churches.

Police in many departments said robberies, burglaries and rapes are down so far this year because more people stayed home during Covid-19 lockdowns, leaving fewer prospective victims on the streets, in bars or other public places. Burglars weren’t likely to break into homes filled with people under lockdown, they say.

Homicides, on the other hand, are up because violent criminals have been emboldened by the sidelining of police, courts, schools, churches and an array of other social institutions by the reckoning with police and the pandemic, say analysts and law-enforcement officials in several cities.

Anecdotally, many police departments point to a rising tide of gang violence, in which rival groups of mainly young offenders battle over control of neighborhoods, catching rivals and innocents in the process.

Schools let out young adults in March because of the pandemic and after-school activities largely stopped. Churches and other social institutions were restrained for the sake of social distancing. Police first were hit by coronavirus and then blowback in the neighborhoods they patrol after the killing in Minneapolis of George Floyd, a Black man, while in police custody.

“Gangs are built around structure and lack thereof,” said Jeff La Blue, a spokesman for the Fresno police department. “With schools being closed and a lot of different businesses being closed, the people that normally would have been involved in positive structures in their lives aren’t there.” He noted shootings and stabbings have soared in his community. “Nerves are high. People are short on money.”

Some researchers say the upward trend in murder might be evidence of a fraying of the social order. “Everything that society does that might shape public safety was turned upside-down during the pandemic,” Mr. Ludwig said.

Police say homicide increases are hitting low-income, mostly Black and Latino communities especially hard. The crime maps published by many cities show homicides aren’t up in city centers where antipolice protests are happening, but instead in low-income neighborhoods outside of those city centers.

In Portland, for instance, the police department didn’t see any homicides around protests in July, a department spokeswoman said. Through June, its latest crime maps show, all of its homicides happened east and south of the city center.

Mr. Ludwig studied maps of homicides in Chicago and found killings were concentrated in the south and west, “the most disadvantaged neighborhoods that were already suffering the most from longstanding economic challenges and the coronavirus,” he said. The pace is accelerating: Of 433 homicides in Chicago as of July 26, 106 were in the previous 28 days.

Mr. Trump has blamed increased violence in U.S. cities on Democratic Party leadership in hard-hit municipalities. His decision to send federal agents into U.S. cities, he said, was to help fight violent crime.

In addition to sending federal agents to Portland to protect government property from protesters, the White House said it is sending agents to other cities including Detroit, Albuquerque, Chicago, Milwaukee, Kansas City and Cleveland as part of a program aimed at curbing violent crime. The program, known as Operation LeGend, is named after LeGend Taliferro, a boy who was killed in Kansas City this year.

Though many of America’s biggest cities are run by Democrats, the rise in killings is a bipartisan problem. Homicides are rising at a double-digit rate in most of the big cities run by Republicans, including Miami, San Diego, Omaha, Tulsa, Okla., and Jacksonville, Fla., as well as in cities run by Democrats and in the two major cities run by Independents: San Antonio and Las Vegas.

The Journal’s statistical analysis was based on individual police department reports about crime in their cities. Some public-information departments made data available. The University of Chicago’s Crime Lab helped fill in some blanks and reviewed the Journal data.

Chicago police say conflict springs from tit-for-tat gang violence, including drive-by shootings. In one recent attack on the city’s South Side, shooters in a Chevrolet Malibu fired 60 times from a car, injuring 15 people attending the funeral of a man who himself had been killed in a drive-by shooting days before, apparently in retaliation for an earlier shooting, according to local reports. People at the latest funeral returned gunfire.

What should be done to address the homicide spike in U.S. cities? Join the conversation below.

The recession and coronavirus lockdowns are hurting programs aimed at curbing the violence in Chicago, said Eduardo Bocanegra, senior director of READI Chicago, a mostly privately funded program that provides employment and counseling services to men at risk of becoming, at turns, victims of violence or attackers.

“Men in my program are being killed right now,” he said, noting that five people in the program, which currently has about 220 people enrolled, were killed in the five weeks from Memorial Day to July 4, including one who was walking away from a confrontation.

State and city grants that he expected to come through were put on hold. Mr. Bocanegra has cut staff from 120 to 100 and trimmed enrollment in the program from 18 months to 12. It has gotten harder to place men in the program into jobs, he said, and he worries it is only going to get tougher to tap funds as organizations fight for scarce public and philanthropic dollars.

Michael LiPetri, chief of crime control strategies at the New York Police Department, said the city’s rise in homicide is worst in Brooklyn, where shootings have broken out at large gatherings such as barbecues in public parks and outdoor dice games.

The department is moving officers to Brooklyn from larceny units, where the work has slowed. City policy has made it harder to keep the peace, Mr. LiPetri said. He cited a city council decision in June that exposes New York officers to criminal charges if they kneel on the chest or back of suspects. Public anger at police is also an impediment, he said: “It is impossible for a New York City police officer to break up those large gatherings.”

New York, Detroit and Fresno officers all said the easing of bail requirements in their states likely returned some dangerous criminals to the streets.

Mayor Bill de Blasio has acknowledged police concerns about the new restrictions on police tactics but in July said, “I believe we can make it work.” In a statement to the Journal, the New York mayor’s office added, “It’s a perfect storm out there. Not only are the courts not fully open, but don’t fail to notice that there is a historic pandemic and economic crisis right now.”

Homicide this year is still far lower than it was in the past. In 1990, for example, New York City alone had 2,262 murders, about equal to the total number of killings in the nation’s largest 25 cities so far this year.

Between 1993 and 2018, violent crime in U.S. cities dropped 54%. After 2000, the pace of that decline in cities was faster than in suburbs and rural communities, according to Bureau of Justice Statistics crime victimization surveys.

It is hard to tell if the long-run trends that transformed many U.S. cities for the better are now reversing, or if instead this will be a spike. A great deal hangs on that question, experts say.

“If the city descends into the level of danger that we saw in the 1970s, that will be a challenge for all of America,” said Edward Glaeser, an urban economist at Harvard University.

Write to Jon Hilsenrath at jon.hilsenrath@wsj.com 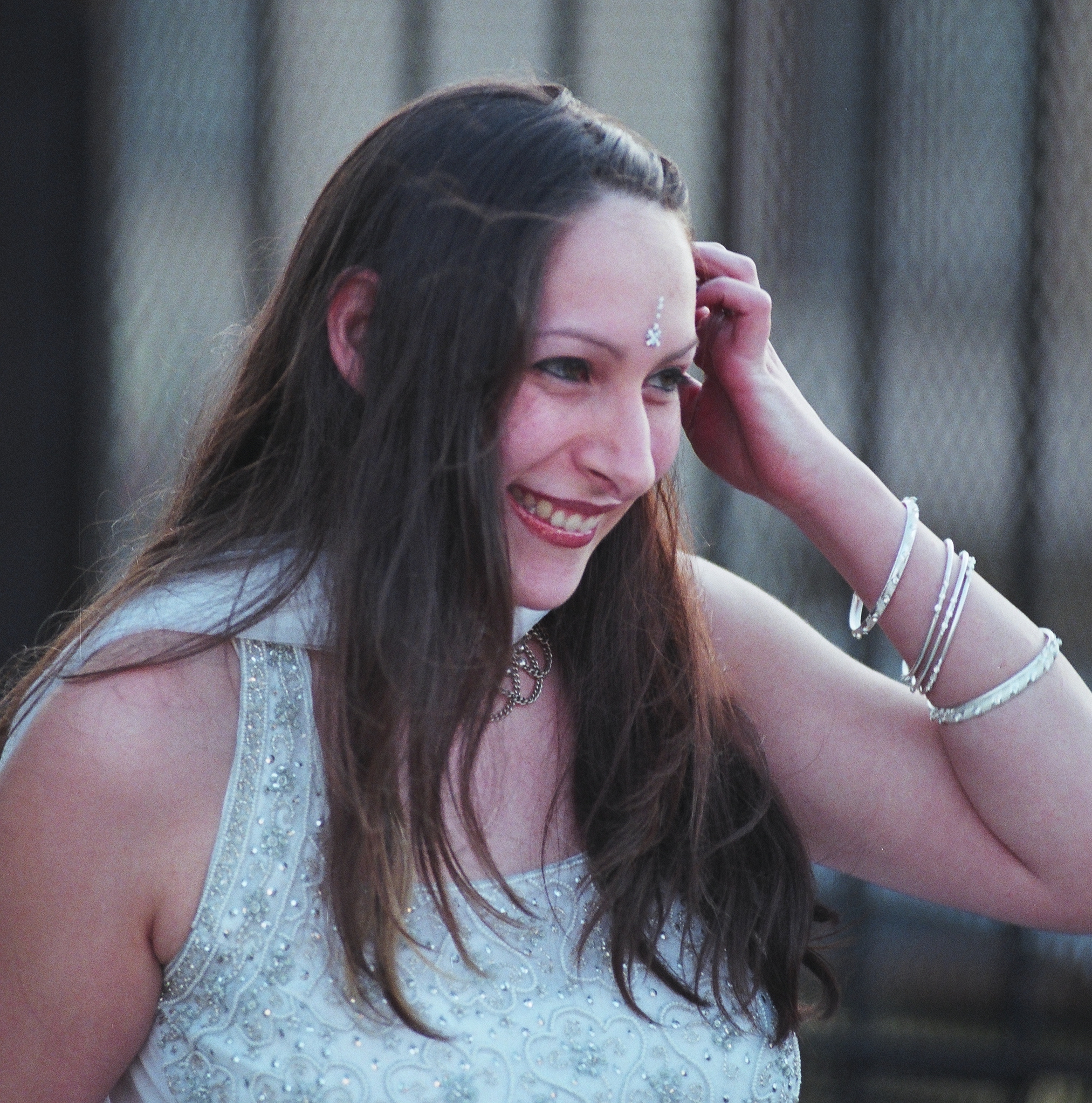