So a funny thing happened to me this morning. I shared a picture of a rock and got my life torn apart.

I’ve got ten-year anniversary coming up. That’s an accomplishment. I’ve given over every spare moment to jewelry-making and I’m starting to develop some skill. That’s an accomplishment. And I’ve navigated the strange-and-wonderful world of getting a bespoke faceting job done on a bespoke rough gem so that I can use my skills to create something of personal - not financial - value for someone I love. And as I need to keep it secret for another two months, and as it’s taken a few hundred hours of practice and tens of thousands of dollars to get to this point, I’m definitely over-sensitive to criticism on this front. It being a gift? One I’m really nervous about? One that I’m spending outsized amounts of time and effort on? Let’s call it over-sensitive squared.

I just shared a picture of the fuckin’ rock without a whole lot of backstory. Okay, a little. And what I got was snark from someone I like. Which was backed up with a share from someone else I like. I blocked ‘em both and nearly inactivated my account.

I mentioned last week that online betrayals are the worst kind of betrayals because online interactions are the worst kind of interactions: that’s not a human in front of you, that’s a cardboard cutout with quotes and all the “human” aspects we eagerly, slavishly build on it so we feel like we’re talking to another person are assembled out of our own psyche. When our model fails us the world has failed us.

I never forgave ‘wage for slagging on a gift I gave my wife. I tried. Several times. Reached out over IRC, reached out over PM, but she reserved the right to hate on my shit whenever the mood struck her because, you see, she was poor.

That I was once poor didn’t fucking matter: that I could easily be poor again didn’t matter either. I was no longer poor and therefore, any object, endeavor or preoccupation I partook of would be judged by her on a relative economic scale and the deeper in the shitter her life was, the more judgement she would pass.

And none of this makes any sense if you think classism is dead in America, some vintage thing we left at the Tea Party. After all, every movie you’ve ever seen, every book you’ve ever read about the kid from the wrong side of the tracks gives you a happy ending about love conquering all and we’re all the same deep down. It’s demographically useful; when you show the rich people and the poor people getting along you make the rich people and the poor people happy because we’re not monsters, are we? Americans have all been equal since the Emancipation Proclamation except for certain notable flukes that we will study as flukes and mention in passing as the exceptions that prove the rule American exceptionalism is alive and well.

You don’t think you’re asking for permission to like something when you show it to your friends, but you are. You’re asking “does this align with our shared values?” Make a list of your five closest friends. Write down what you think their salaries are. Average them. Congratulations. You just wrote down how much you make in a year.

My financial planner once explained country clubs as places people with money could go to not feel bad about having money. We’re sold on this American Dream of equal opportunity but we look around and we make more money than our gardener, than our babysitter, than the cashier. We make less money than the people whose grass we cut, the people whose kids we watch, the people whose groceries we bag. And that is never going to fucking change. We know it. We don’t believe it but we know it.

The casual observer can afford a lot less than they used to. 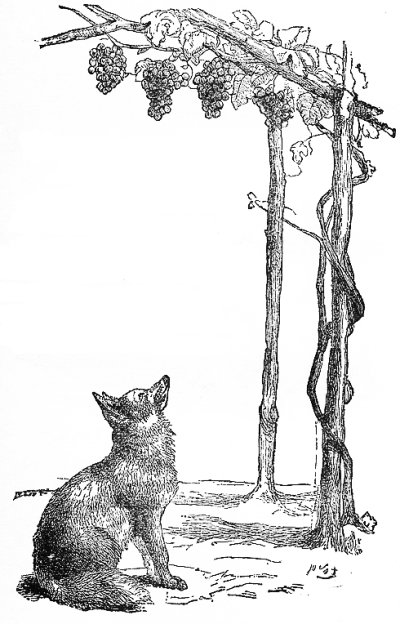 You know what makes a luxury brand? The ability to convince someone you’re worth it. Here’s a $7000 necklace: 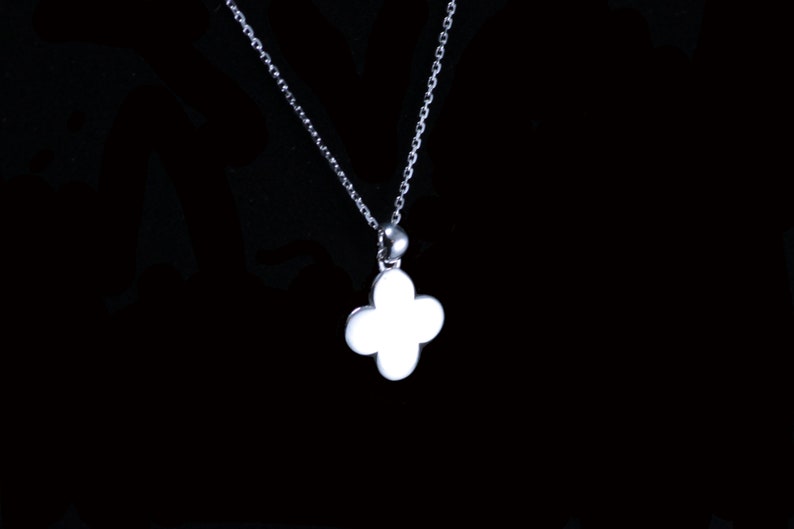 The former is a Van Cleef & Arpels Alhambra. They’ve been selling that shit for 50 years. The latter is some Etsy bullshit. The materials cost of the two are about the same. There sure ain’t $7k worth of materials or labor into the VC&A but it’s a VC&A and to anybody who knows jewelry, it’s pedigreed. There’s definitely $7k worth of boutiques and salespeople and brand identity and heritage; I’ve lately learned that in luxury goods, you get to go from “local” to “international” without passing through “national” because if you aren’t in Paris, Dubai, Hong Kong, Singapore, Beverly Hills, Sydney and Bombay you might as well be in Macy’s.

That is most definitely a business model deserving of rejection and mockery if you aren’t in the market for $7k worth of white enamel. But knock a couple decimal points off of the situation and we’re closer to the subject at hand.

William Gibson said something like “most people are comfortable living about ten years in the past.” That’s where “future shock” comes from.

A hipster is someone who makes his economic situation his identity.

Last week, Twitter introduced me to Beau Brummell. Now I’m going to introduce you. See, before Beau Brummell managed to suck up to the Prince of Wales, dudes dressed like this: 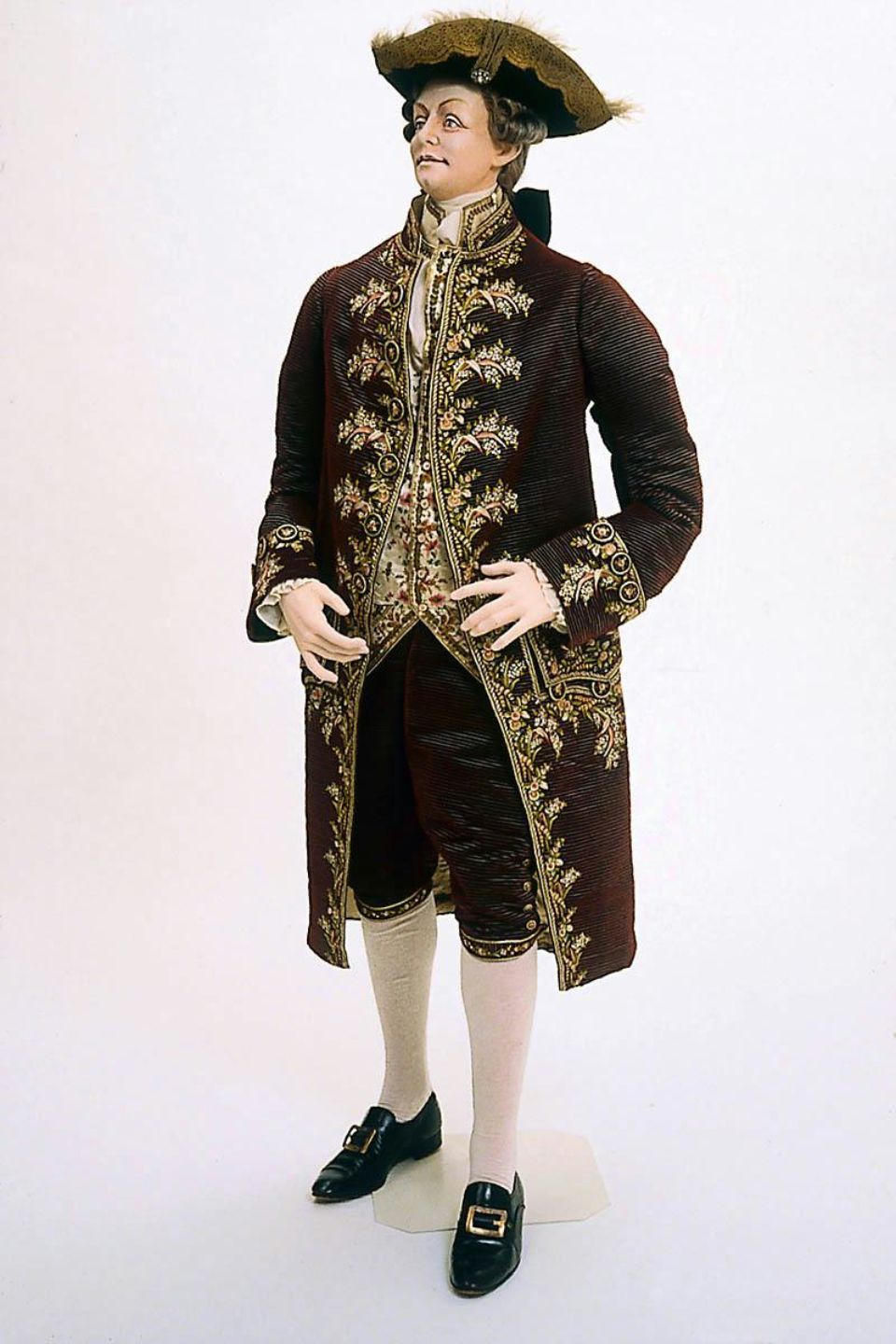 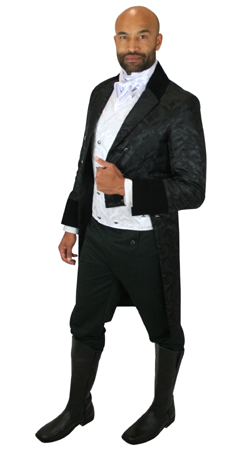 See, courtiers had to buy their own shit and Brummell was only rich compared to most people, not compared to royalty so he got really good at slagging on everyone else for how “fancy” they dressed until everyone was walking around in black, just like him. Note that he didn’t dress poor:

Brummell took a house on Chesterfield Street in Mayfair and for a time managed to avoid the nightly gaming and other extravagances fashionable in such elevated circles. Where he refused to economise was on his dress: when asked how much it would cost to keep a single man in clothes, he was said to have replied: "Why, with tolerable economy, I think it might be done with £800." That amount is approximately £52,000 ($67,000) in 2016 currency; the average wage for a craftsman at that time was £52 a year. He also claimed that he took five hours a day to dress and recommended that boots be polished with champagne.This preoccupation with dress, coupled with a nonchalant display of wit, was referred to as dandyism.

“Formal dress” looks like Mad Men instead of Pee Wee’s Playhouse because of Hipsters. “I reject your values and substitute my own.” The whole thing falls apart if you can’t get anyone to agree with you, though, so groupthink is important.

Your shit can’t have value unless you can make everything else worthless.

One of the most formative purchases I’ve ever made was a Kawasaki Ninja. I was seventeen. It was a ZX1000R with a speedo that went to (a deeply aspirational) 230MPH. And it was this heinous lime yellow; I never actually even rode it, I just got it for a bargain from a friend going to jail. However, the simple act of getting on it was inexpressibly vital. I fuckin’ felt like a man on that thing. Which isn’t surprising, it was basically a 460lb penis. I realized it. Right there. And suddenly blasted The Cure as loud as I could and danced around like a little girl. If my concept of masculinity could be shaped that easily by a material object, then maybe my concept of masculinity was too plastic to concern myself with. Dance like it’s fun.

Hipsters are people who haven’t seen the illusion. They’re the people whose identity is determined by their stuff, or more importantly the lack thereof. If they can’t have it, then it must not be worth it and anybody who wants it isn’t worth it either. This is why “hipster” and “bougie” are never anything but pejoratives. No one ever thinks of themselves as a hipster and other peoples’ stuff is bougie, ours is valuable. Unless we know someone is going to call us out on it in which case we cry “jinx!” and beat them to it so we can ironically enjoy that thing that we would enjoy without the irony.

Some sociologist - might be Packer, might not - argued that Americans are the largest nomadic tribe the world has ever seen, which is why we’re such materialists. We have no tie to the land, we have no heritage where we live, we move hundreds of miles away from where we grew up, from the people we know, from the places we love and the only thing we have to identify with is our stuff. Thus, the easiest thing to identify with someone else over is more stuff. The easiest way to assess someone else is their stuff. The easiest way to tell who someone is is their stuff.

A man tells the world who he is four ways: his house, his wife, his car and his shoes.

- Warren Adler, War of the Roses

Our stuff has a story. If it’s a recognized brand, that brand tells its story for us. If it’s not, we have to do it ourselves. Your Mephisto shoes? The people who know shoes know something about you. The combat boots you bought on your Semester At Sea before you graduated to your shitty job living with five strangers sharing a bathroom? The people who know you know something about your shoes. GEMSTONES? Gemstones aren’t allowed to have history. That shit’s bougie by definition. Best pay penance to the Church of Adbusters lest we strike you from the rolls, comrade.

Chloe Kardashian made the Forbes list this year. Her cosmetics have made her a billion dollars. She’s 23. She beat Zuckerberg by two years. Lots of people hate her for their stuff. Sometimes people hate me for mine. That's new. I'm not used to it. I'm not comfortable with it. But I recognized that I need to be.

My wife showed me a Facebook video of some earnest young white dude excoriating us all for using sponges. ‘cuz they don’t recycle. True Believers chop up old towels and scrub with them (reduce re-use recycle). My wife commented that it sure would be nice if the people who aren’t busy being the serenest got something other than castigated for not being properly pure of heart. But we don’t. If you’re not with us, you’re with the terrorists. Same as it ever was. Bernie Sanders isn’t left enough therefore he’s an enemy of the people. And if I like something your socioeconomic class isn’t allowed to like, I’m an enemy.

Country clubs are places for people who don’t want to feel bad about having money. And the hipster shall inherit the earth.

I just wish we didn’t pick enemies based on where they spend their money.