When I came to the dean's office and said I wanted to take the documents back (Russian way of saying "I want out of this place, so gimme my legally-belonging certification of education back"), their eyes popped. "What? How? Why?! Hold on, just think about before doing something stupid!" They asked why I didn't want to study there anymore. "Because I no longer want to. What other reasons do you need?"

The dean was coming back from a class – they lassoed her into the situation. Her eyes popped, too (I was in her class doing fine just that week). She asked me into her office, for a private talk. Tried to talk me out of it, to no avail. "Have you decided, then?", she asked, seeing my reluctance. "Some time ago. I dunno why people keep trying to wrestle me back."

I made the decision a while ago, in my personal time off the uni. Never consulted anyone, because I never needed to. People have been deciding my fate long enough.

Y'all talk about my being here again like I want you to hold the door open for me – when I clearly said in the bodytext that I have no intention of coming back. I do miss talking to some of you – you, in particular, being one of those people – but if that means being here, I'll pass, because of the rest of the feelings I have about this place.

I still talk to one guy off Hubski. He reached out to me on Reddit, and we've been having a pleasant, insightful, long-form PM conversation ever since, and it's been going better than at any point on Hubski because of the pressure this place held me under.

I gave you, and a bunch of other people, my personal email address. How many do you think reached out? Did you? So maybe, before talking about going back and being friends, check to see if you want to first.

I'm not asking for attention. I crave it, sure, but the day I make someone look at me against their will would be the day I slit my wrists, because that's not the kind of a relationship I want to have.

This isn't a cry for help, either. I'm way past that. Don't persecute anyone just because I pointed a finger. I pointed it out because I thought you people would like to know what happened. This is my empathy.

So why am I doing this?

Because I'm angry. I'm angry all the time, and that's one of the things that keeps me going despite my feeling sorry for myself. It's something I was hoping you'd know something about, so maybe you could relate to my releasing the tension in a controlled manner. Instead of pointing at my showing the reasoning behind how I feel, maybe look at the rest of what I'd written and see that I'm trying to push something really heavy up a mountain because maybe, for all my brusqueness, is a positive construct driven strongly in your direction.

Because I feel dirty for having been deceitful. Just because I don't want to come back doesn't mean I don't have any respect for the people I lied to. I wish I didn't, but the shame was stronger, so I had to swallow my principles for this one thing, because I wanted you lot to like me.

Does that make it any better? Should that make everything okay? Absolutely not – but explaining to you the shit that happened and the reasons for it is the most empathetic thing I can do. Lying, and being lied to, is never okay – but maybe, now that you know what I know, you could feel validated in this idea a little bit stronger, and maybe, this could bring you some solace... or not. I wouldn't know. I'm just doing my best here.

And because I give a shit. I feel like this is something most people discard about me. The surface tension of my compassion is high – and some people in this place have done enough to break it, so I reach out – how about that?

This isn't a match in a stupid social game. This isn't an ego concert. This isn't second-hand blaming, or a misguided attempt to get love back. I just wanted to be open and honest. Hating the game, not the players. For a kid who's been swimming in hot mess since day 1 in 1994, that's quite an achievement.

a backhanded attempt at reconciliation.

I expected better of you.

ThatFanficGuy  ·  1404 days ago  ·  link  ·    ·  parent  ·  post: For the first time, astronomers have traced a neutrino back to its birthplace, billions of light-years across the universe.

This is amazing. The discovery, the method, the data...

It's marvellous to see things like that crop up. The data of the rest of the world. Helps you remember how many cool things are out there.

...and your background in physics gives a whole new level of justification to being called "Heisenberg"...

...or "Oppenheimer". Depends entirely on your illegal career of choice.

Still looking for a job that's at least marginally related to my skills and interests, but half-heartedly. It's hard to stave off apathy about it.

How do you feel about a goatee and doing something illegal? 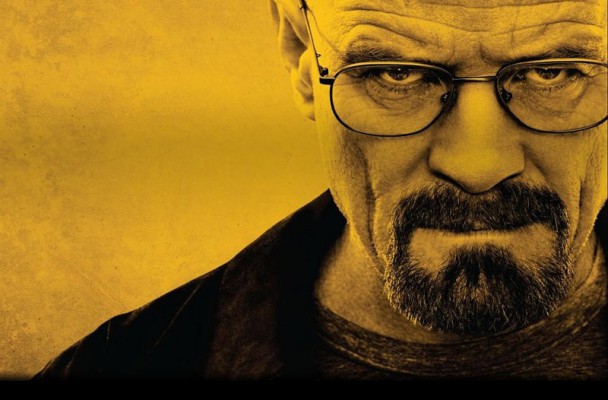 i haven't been feeling my best lately, but i'm trying

So, I'm not sure how welcome what I have to say is, but:

Sometimes, trying is all you can do. Sometimes, doing something isn't an option. Sometimes, you have to lie in bed all day and let your energy and mood fill themselves back up.

Best wishes. I'm sure things would turn out better soon. Like, Italy? Holy shit. That oughtta turn them brain cogs around.

What kind of design?

Robert Frost said that "home is where, when you have to go there, they have to take you in"

Familial obligation doesn't equate to familial support. Experiencing that at the moment.

...wow. Did "Don't be so cynical" hit a nerv? I was sure I'm talking to a reasonable, thoughtful person.

Defining dignity isn't the problem. The problem is making so many people adopt the value despite their own highly-complex lives that leave little desire for pain and discomfort. It takes a certain amount of wisdom to share good with others regardless of one's own suffering.

The problem is making people see value in that.

Trevor Noah may be nowhere near a serious political commentator, but one thing he said seems the most right yet: "How does [Trump's] administration manage to be on the wrong side of history in everything?!".

One can live in a Canadian city and be oblivious to native issues.

Fairly certain that's an issue for most of North America.

Are there indigenous communities near you - or at all? I know there are in the US, but Canada is a blind spot for me. I'm curious about the living and issues of aboriginal people of North America, but Canada never crossed my mind.

Do many people of indigenous origin come to your classes? Do they ever share their experiences in public? talk about what it's like to be them?

Then do that, instead of using your cynicism to try and suppress the man's big heart and desire to help others in need. Or do nothing and walk on by. Anything other than propagating cynicism.

How about... you fall into a time-travel closet and end up in 1960s France?

Appropriate research: go around meeting old people and asking them to tell their stories. One of them ought to have something that will ignite the process for you. Auxiliary benefit: life insight.

Or are you looking for a world to build, specifically - other than the Earth in a different time period?

I have to be honest with you:

It sounds interesting, and I have a certain knack for typography, but it's likely that I won't be able to devote it time even if I wanted to.

One of my recent Google searches was "nuclear winter and global warming". I can't remember why, and the search history gives no context.

That was the thing I read during that search.