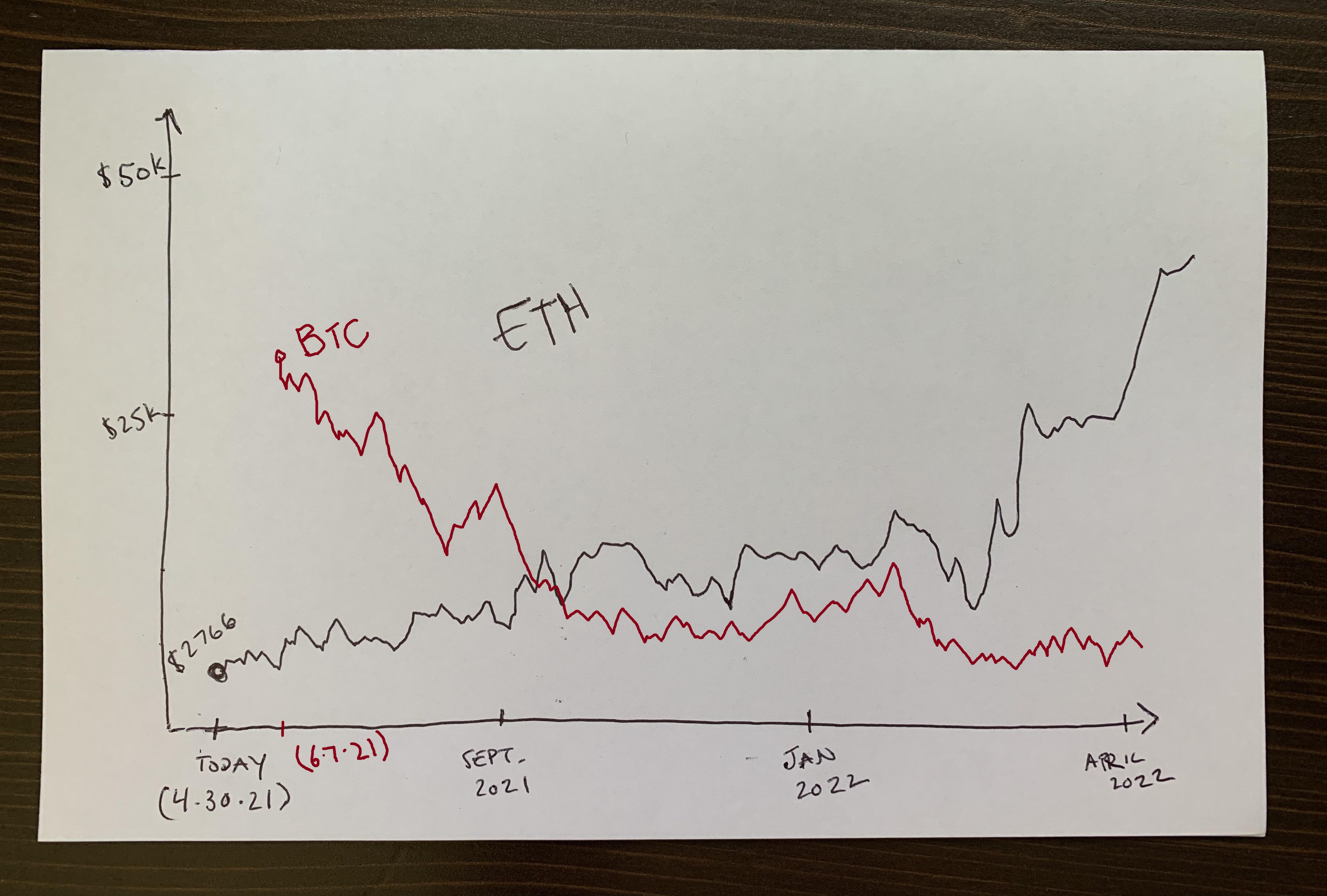 I made this ETH chart just over a month ago. Today I added BTC.

How can DoJ, or anyone, for that matter, "seize" crypto?

A brief perusal didn't come up with more information than this:

Unless the files were open, the government somehow gained access to the password, according to Mr. Brito. It might have been with the cooperation of Silk Road's 29-year-old alleged ringleader Ross Ulbricht, who was arrested at a San Francisco public library Tuesday and accused of drug trafficking and hiring hit men to kill people among other charges.

"We can't get into that due to the 'tradecraft' we used to seize the bitcoins. All we can say is that they were seized with an order," said an FBI spokesperson.

The affidavit linked says no more than

The private key for the Subject Address is in the possession of the FBI in the Northern District of California.

We knew they had the address. It now appears they have the private key. This was in question with Silk Road, but it appears the FBI managed to get that one.

When the FBI seize took control of the digital black market Silk Road, it also seized control of a bunch of money: about 26,000 bitcoins, a virtual currency that approximates cash on the internet. Bitcoins are worth about $122 each, which means the government is sitting on a pretty pile of cash.

So, wait... not math. Knowing the private key, somehow, which is what I suspected.

The only other option (I think?) would have been proof-of-working so hard that DoJ scored more than half of all the new BTC blocks for a while, right? But that's kinda China's thing.

Well, math to get to the address and then probably shenanigans to get the private key.

I think the DOJ 51%ing Bitcoin would be hilarious.

LOL it apparently helps if the "russian hackers" use Coinbase

I guess my biggest question is:

Also BTC is nearing the bear phase of it's 4-year boom bust cycle based upon its reward halving. Meanwhile ETH is being pulled off exchanges, locked into DeFi for yield, into ETH2 staking contracts, and due to the EIP-1559 in the July fork, will have a ~30% reduction in issuance. Late this year, more likely early next, ETH will transition to proof-of-stake, which will cut issuance far more drastically.

It's also worth considering that from an ignore-the-fundamentals, macro-tealeaves perspective, the investment class has subtly, unremarkedly shifted from talking about "bitcoin" to talking about "crypto." This is due primarily to Elon Musk tweeting about Dogecoin, thereby forcing everyone who goes to cocktail parties to have a cocktail-conversation-level understanding of the differences between Bitcoin and Dogecoin, and NFTs, which have forced a cocktail-conversation-level understanding of digital assets.

If you care about money, Bitcoin has ceased to be "moon money." It is now a deflationary cryptocurrency asset with scaling problems, ESG issues and poor fulfillment of its "store of value" use-case. You don't need to know more than that. You can hate on Bitcoin, NFTs, Dogecoin, the whole ecosystem without understanding more than "Bitcoin sucks at its job."

But if you're even slightly more curious you go "what if Bitcoin didn't suck at its job?" And now all of a sudden you're critically examining the difference between Bitcoin and Dogecoin. If you so much as glance at it you go "why is this one 43 cents and this one forty three thousand dollars?" you'll discover there's been enough time for every major investment bank to have a primer giving you reasons. It likely has a few other terms in it and even the aggressively incurious end up doing more learning.

And when you do that you discover that nearly everything runs on Ethereum.

So you've already subtly accepted cryptocurrency as an asset class. You may not like it, you may never own it, you may hate it, but it's a "class" not a "tulip bubble" so you can't casually disregard it. You have to thoughtfully disregard it which means now you're analyzing the fundamentals of blockchain utility rather than bah humbugging it into oblivion and it doesn't take too long to recognize that there's a lot of utility that the first movers are already colonizing.

At worst, you're in good company.

AOL was the Internet once, at least as far as a large group of insufferable 'boomers are concerned.

That's probably how it ended up buying Time Warner. Didn't end up working out, but it sure helped feed the IPOs of Google, Facebook and Amazon.